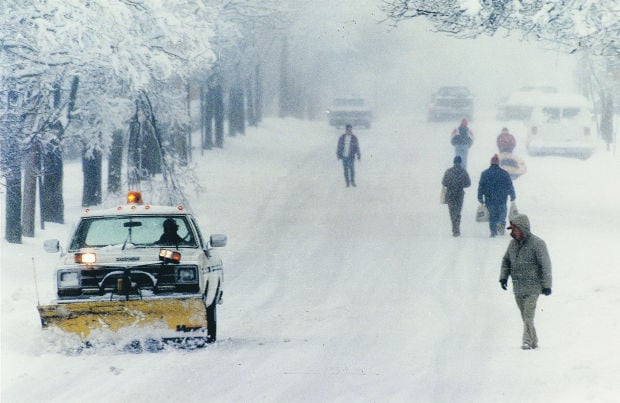 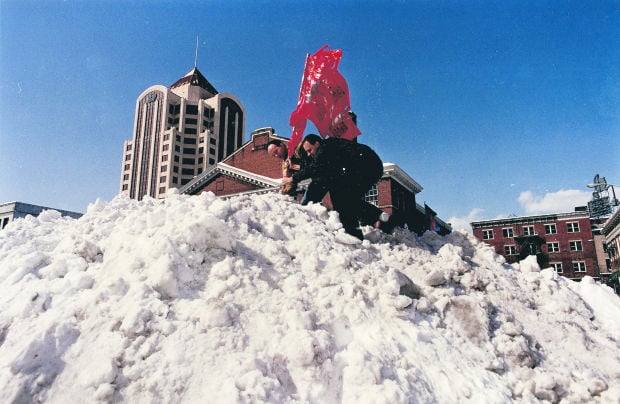 It took almost 20 years before another weather event was labeled a superstorm.

When a polar trough intercepted Hurricane Sandy to create Superstorm Sandy last October, it drew immediate comparisons to the original Superstorm on March 12 to 14, 1993.

Sandy is likely to win the battle between the two in terms of monetary damage, with its intense pounding of the densely populated New York and New Jersey coastlines, but the 1993 Superstorm had a far wider impact, unprecedented in many ways.

Heavy snow buried a swath from Alabama to Maine, a hurricanelike coastal storm surge and tornado outbreak hammered Florida, and high winds and ocean surge ate at the shoreline up and down the East Coast. The superstorm even triggered a derecho that hit Cuba, 19 years before that term would become a household word in Southwest Virginia.

Record-low barometric pressure readings, exceeding many hurricanes, were set all along the storm’s path, dipping well below 29 inches in much of Virginia.

Some experts estimate that the 1993 Superstorm, arising from the fused energy of three branches of the jet stream in the Gulf of Mexico, dumped a greater volume of snow on the United States than any other storm system on record, before or since.

Western Virginia certainly got its share of that snow. The storm is often called the Blizzard of ’93 locally.

Snow collapsed the roof of the LancerLot in Vinton, the Dedmon Center at Radford University and the Lowe’s store in Christiansburg, among many other buildings. Snowdrifts of as great as 10 feet stranded thousands of travelers on area interstate highways.

At least 10 people died in Southwest Virginia, among a death toll of about 300 across the South and East.

The 1993 storm didn’t dump as much snow over as wide an area of Virginia as did the January 1996 snowstorm nearly three years later. Snowfall amounts of 20 or more inches were confined to the western fringe of the state in 1993 but covered the western half of the state in 1996, according to National Weather Service data.

Each of those three storms was a “Miller A” winter storm, which occurs when a low-pressure system forms in the Gulf of Mexico or near the Gulf Coast and then moves northeastward and northward along the East Coast. Those kind of systems, tapping both Gulf and Atlantic moisture while pulling cold air southward behind them, account for the majority of our region’s widespread foot-plus snowstorms.

The subject of snow totals in 1993 is often a sore one for some Blacksburg residents.

A figure of 32 inches was reported in The Roanoke Times on the Monday after the weekend storm. Many commenters on my blog who lived in Blacksburg at the time take exception with the official total of only 18 inches, insisting that 32 inches is the correct figure.

Chip Konrad, the former Roanoke resident who heads the Southeast Regional Climate Center, pointed out that several nearby co-op stations such as Allisonia and Newport were all in the 16- to 21-inch range, so he considers the lower amount more likely.

Jan Jackson, a longtime forecaster with the National Weather Service — at Roanoke in 1993 and later at Blacksburg — said his office did receive numerous 2- to 3-foot snowfall totals from the public in the New River Valley and mountainous areas west of Roanoke.

It’s not an argument I’m going to attempt to settle today. There was a lot of snow everywhere.

And it blew around like snow rarely does in these parts, into house-size drifts in many locations.

Not every large dump of snow we get is a blizzard. There’s usually not enough wind (35 mph sustained over three hours, with ¼-mile or less visibility) to support that definition. But 1993, there is no question. It was a blizzard.

That may be a big part of why the Blizzard of ’93 seems to be a far more transcendent weather event locally than many other snowstorms that dumped similar amounts of snow.

Also, the lateness on the calendar puts an asterisk by the superstorm.

It is not unusual for Southwest Virginia to get snow in March, and not unheard of to get heavy snow. But it’s usually a wet snow, falling with temperatures near the freezing mark, that melts quickly. The 1993 blizzard was followed by low temperatures in the single digits, well below normal for mid-January, let alone mid-March.

As with all snows, it did eventually melt. Roanoke’s St. Patrick’s Day festivities took place less than a week later.

But 20 years later, it hasn’t melted out of the memories of anyone who experienced it.