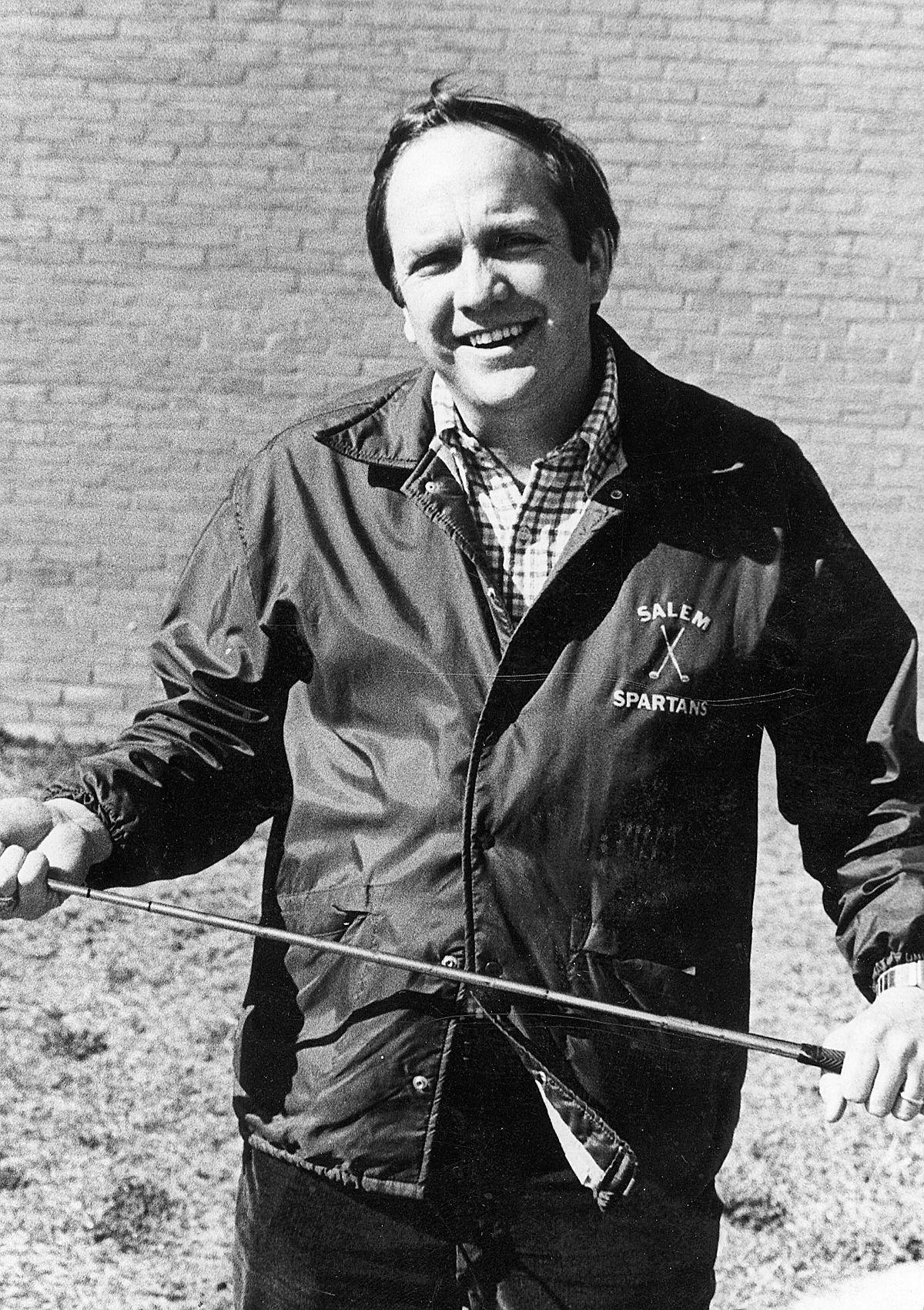 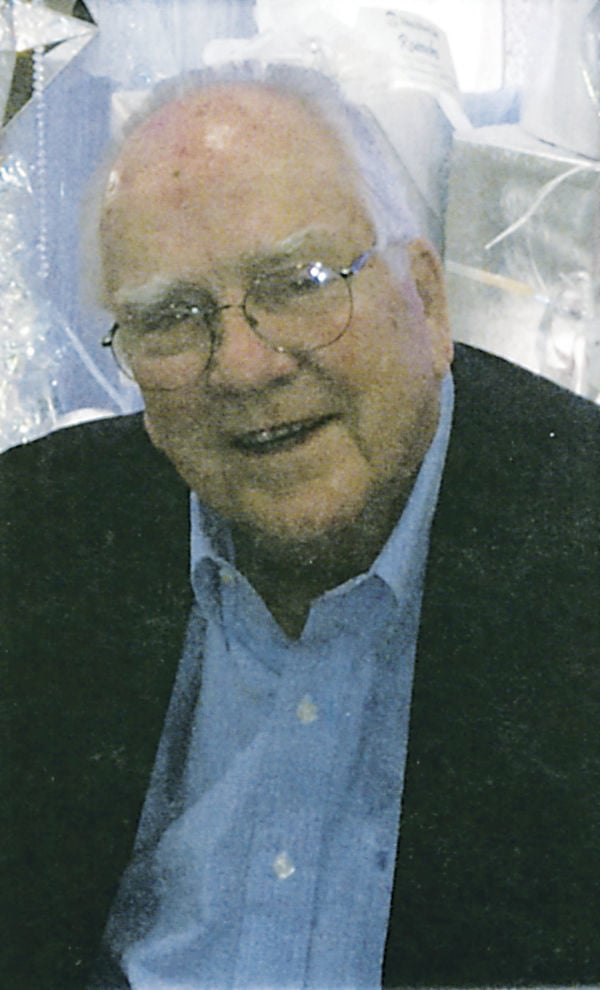 The late David Layman was never much one to put his golf game on public display.

“Back then, coaches like Gene Ferguson of Patrick Henry and Bob Lenoir of William Fleming and I would go out and play in front of the kids in matches.

“But Dave would always stay back and wouldn’t play with us. He more or less monitored his kids and he did that for all tournaments. Back then, you couldn’t coach the kids on the golf course and now you can.

“But Dave never played with us. Of course, he never asked to play and never brought his clubs,” added English with a chuckle.

So what? Heck with Layman’s apparently loose golf game. Forget it because the guy sure knew what it took to coach his players in a difficult sport.

And that’s exactly why Layman, who died of a heart attack on March 6, was an overwhelming choice by the HOF Selection Committee to be inducted posthumously into the Roanoke Valley Golf Hall of Fame on Nov. 19.

Layman wrapped up his high school golf coaching chores at Cave Spring in 1999, where he also led the Knights’ girls basketball team to 198 wins. He later served as the men’s golf coach at Roanoke College

Coach would do anything to help

Layman, a graduate of William Fleming and Lynchburg College, enjoyed a highly successful coaching run in golf that teed off at Salem’s Andrew Lewis High in 1972. Under Layman’s direction, the Wolverines won Group AAA championships in 1975 and ’77 and ruled the old Roanoke Valley District, capturing nine league titles in 10 years.

Talk about playing with a stacked deck most of the time. Layman’s coy moves made certain any lineup shuffle wouldn’t much matter.

“Coach Layman didn’t coach us as far as like a [swing] teacher would. But he would do absolutely anything to help us, … and I mean anything!” said multi-time Roanoke Valley major winner and RV Golf Hall of Famer Bobby Penn, who played for Layman for three years at Andrew Lewis and one at Salem.

How far was Layman ahead of his time? Penn couldn’t wait to spill in a disbelieving tone.

“One thing that he did, and it was all we had in the day, … he would bring his home video camera out and he would shoot film of our swing on 8-mm film. And he would take it and get it developed at wherever you did in those days. … Man, I don’t even know where!

“And then we would just show it to us on a reel-to-reel projector and we could watch our swings and work on our swings that way. We didn’t have all the stuff that they have now, and I don’t know any coaches who did anything like that back in the day!”

”It’s unbelievable he did that for us. Not every kid asked for it, but I was one who did because I didn’t really have a great teacher. So I was able to kind of a teach myself and I knew what I could do with my swing. But if I couldn’t see my swing, I couldn’t do it.

”But Coach Layman would do that ... he would film it and he did a bunch for me.

“I think I still have a reel of tape that he filmed for me. It’s stuck in a box somewhere.”

Penn said Layman’s high school players called him “Daddy Dave” because he was “the greatest guy!”

He also was a guy who left an everlasting, indelible mark on the strapping Penn.

In his HOF induction speech in 2008, Penn referred to Layman in regards to a most forgetful experience he had endured in a high school match at Franklin County’s Willow Creek Golf Course.

“I said … the most hurtful thing that anybody had ever said to me in my life was from him,” Penn recalled.

“Know what he said to me? I had yelled a curse bomb that you could hear all the way across the golf course … I mean I could have a temper playing golf … I would throw clubs, I cursed, I could be bad,” Penn said.

“Then, in the van on the way back he didn’t suspend me, he didn’t do anything. … And you know what he said to me? He said: ‘I’m disappointed in you.’

“Telling you what, there wasn’t nothing worse he could have said to me. Because he was truly somebody that I respected. And when he said that ... it had hurt me that I had done that, that I had disappointed him.

“And I have remembered that ever since then. While I may not have been able to control my temper, I have always tried to because of that statement to me.”

Clemens, a Salem native who serves as a judge for the 23rd Judicial District in Virginia, called Layman “the ultimate player’s coach.”

“As a kid, Coach Layman was as supportive as you could possibly be. You know golfers are fragile,” Clemens said with a snicker.

“Coach Layman taught us good things, and he worked with Salem baseball coach Sandy Hill for me to play baseball and golf together the same season,” Clemens said. “As long as I had counted in the previous match, then I didn’t have to try out or qualify for the next match. So I got to play in every match. He was just really supportive.”

Clemens got to play golf again for Layman in his final two years at Roanoke College when his old coach took over for Elwood Fox as the Maroons’ coach. Clemens made the all-ODAC team one year.

”You respected him and you would listen to his advice,” Clemens said. “He also was the type that would say ‘let it go and don’t worry about it.’ He would then add: ‘I’m not worried about it and I’m going to go over here and talk to Kevin Wirt for a few minutes. Then, he would come back and ask: ‘How are you doing?’

“He was a very, very supportive coach and adult. And when you’re 16 and 17 years old that’s important! Of course, he was my Driver’s Education instructor, too.

“So, yes, Coach Layman was a very important person in my life.”

Judy Layman said her late husband would be “absolutely thrilled” about his selection to this year’s Hall of Fame class.

“David liked golf because he thought it was a honorable sport, the guys had to dress nice and you didn’t dare cheat and all that,” Judy Layman said. “He thought that kids who played golf made them honorable and possess good character.”

Then she chuckled and conceded: “Unfortunately, I’m the coach’s wife and I probably never got to a golf match.”

“I always say I loved sports until I married Coach … that and his refereeing football and basketball. He did it all. I always kidded him saying: ‘I raised your children, not you!’ ” — referring to their son Scott and daughter Leanne.

“David was really my best friend as well as my husband.”

Judy Layman said the two traveled almost everywhere in the world until he was involved in a car accident in January near the couple’s home in Hardy. He went up to get the mail at the post office near the family’s Smith Mountain Lake residence, their dream home they had built 20 years earlier.

“He was almost at our house, it had rained a lot and two of the tires hit the mud and it spun him across the road and he hit a tree,” she said. “He had four broken ribs and he broke his neck and sternum. It could have killed him or paralyzed him.”

After receiving the OK from David’s doctor, the Laymans traveled seven weeks later to their condo in Myrtle Beach, South Carolina, to vacation with longtime friends Jim and Mary Benson.

“We stayed in our condo for a while, then went up again to see our friends and that morning and David was fine,” Judy recalled. “He went out with his friend and got a haircut, went to lunch, and everything was fine.

“And by 5:30 that night he was dead. The doctors tried everything.”

“I was the Type-A person and he was just the most laidback person I ever knew,” Judy Layman said. “It was amazing he put up with me, I tell you.

“David would go anywhere if I set up everything. We’ve been to Australia, Singapore, Bali, Africa ... just about everywhere except South America. That’s why I’m glad we did because, man, we had a ball!”