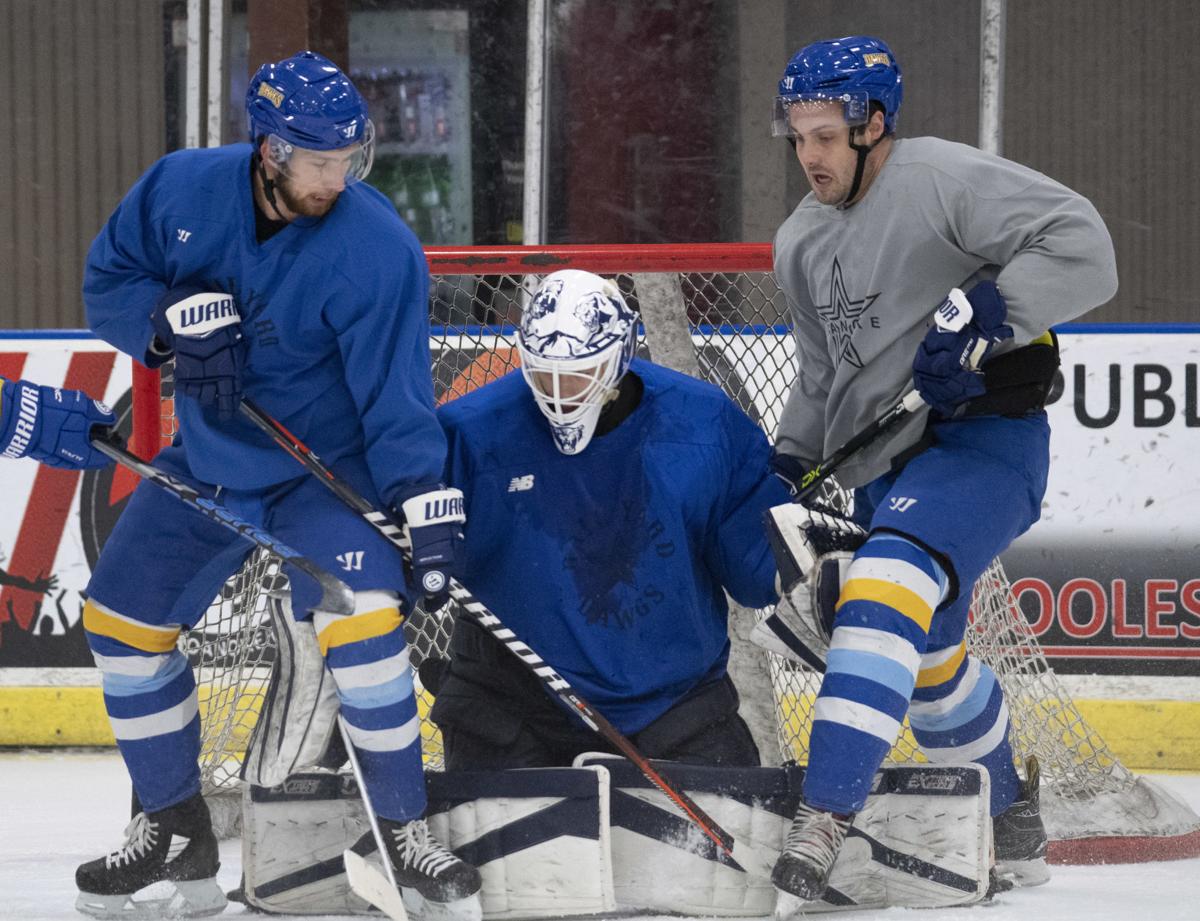 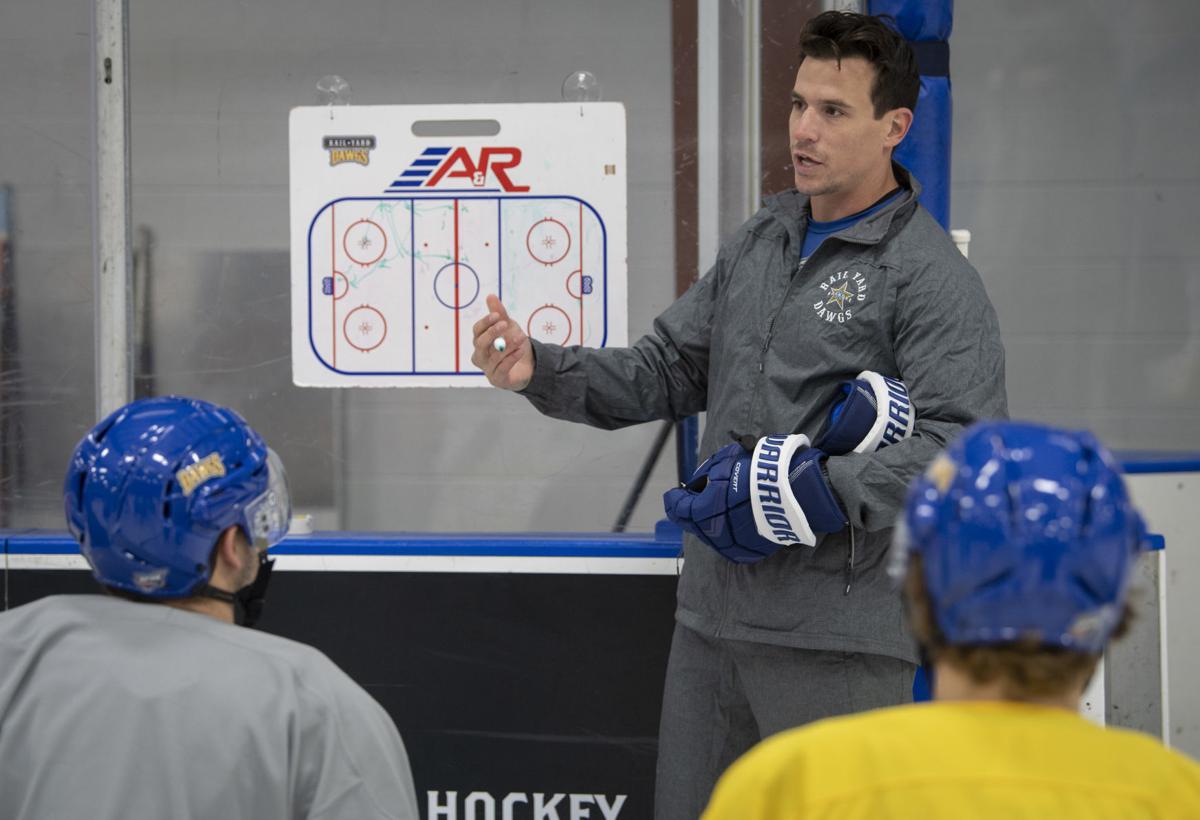 Roanoke Rail Yard Dawgs coach Dan Bremner and his team will be looking for their second win of the season this weekend in a home-and-home series against Knoxville. 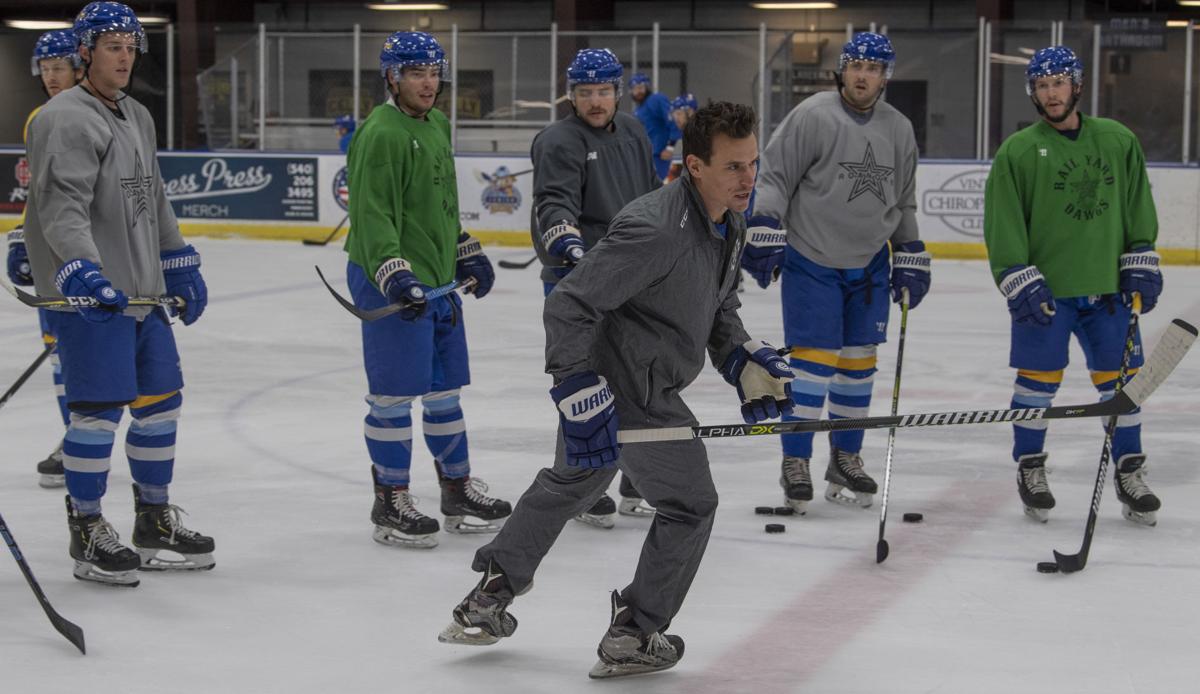 Roanoke Rail Yard Dawgs coach Dan Bremner talks to some of his players during the first day of the club’s training camp at Lancerlot ice rink in Vinton on Wednesday morning. 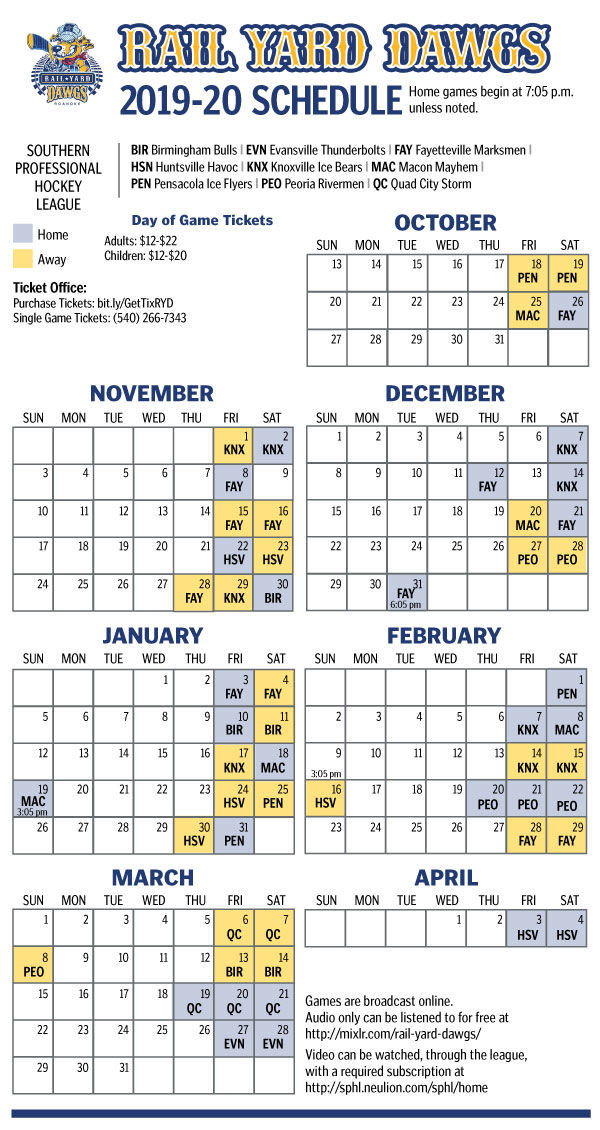 Roanoke Rail Yard Dawgs coach Dan Bremner and his team will be looking for their second win of the season this weekend in a home-and-home series against Knoxville.

Roanoke Rail Yard Dawgs coach Dan Bremner talks to some of his players during the first day of the club’s training camp at Lancerlot ice rink in Vinton on Wednesday morning.

If the Roanoke Rail Yard Dawgs are going to continue the franchise’s linear, upward trajectory, they’ll need a lot of new faces to help them.

The Dawgs open the 2019-20 season on Friday night at Pensacola with a veteran defense fronted by familiar names. The forwards, though, look a lot different than they did last season, when Roanoke swept top-seeded Peoria to win its first playoff series in team history before falling to Birmingham in the SPHL semifinals.

“It’s kind of a new era of Dawgs, I guess you could say,” defenseman Travis Armstrong said.

Gone are Roanoke’s top three points providers from a year ago — Colin Murray, Jordan Carvalho and Steve Mele. Murray and Mele are former team captains who were part of the franchise’s inaugural squad in 2016-17.

Winger Jeff Jones, who tied a franchise record with 22 goals last season, does return. Fifth-leading scorer Mac Jansen is also on the roster, but he’ll open the season on the injured reserve.

“Big shoes to fill, but I’m excited,” coach Dan Bremner said. “There’s some guys that are poised to step into those shoes and take advantage of their opportunity.”

Should the Dawgs have to grind out a few early victories with defense as the new forwards build their chemistry, they’re well-equipped to do so. The 29-year-old Armstrong and 31-year-old Joe Sova (who’s back after missing all of last year to injury) return to anchor the defense alongside newcomer Chris Lijdsman, who played 56 games for Pensacola last year.

“We’ll be in some tight games, for sure,” goaltender Stephen Klein said. “Our back end, I’d be surprised if it wasn’t the best in the league. Our front end, we’ve got guys that are going to put up some numbers, and I think some younger guys are going to surprise some people as well.”

Klein, acquired in a summer trade with Peoria, led the SPHL with a 1.86 goals against average last season. He also ranked third in wins (22) and save percentage (.923).

“He’s good,” Armstrong said. “I remember playing him last year and he was a tough goalie to score on. He’s a super-consistent, athletic goalie. Doesn’t give you many rebounds.”

The Dawgs’ season-opening roster includes two players who spent at least part of last season with Pensacola, which will host Roanoke both Friday and Saturday. One is 28-year-old newcomer Brant Sherwood, who could be among the leaders of the revamped unit of forwards.

“I think they’ll have a lot of talent,” Sherwood said of the Ice Flyers. “It’s a pretty easy recruiting tool, getting guys to go to the beach there. So I think there will be a lot of top-end guys, but not necessarily guys that want to be in this league. I think they might be a little cocky to start off the year. They usually are. Hopefully we can take it to ’em, the blue-collar way.”

The Dawgs won’t play their home opener until next Saturday, but they already can sense the growing anticipation in the community. After missing the playoffs in their first season, they made the postseason in their second, then won a playoff series in their third.

They’re eager to take another step in Year 4.

“The support’s always there, but I feel like it was taken to another level when we started winning more games and then when we swept Peoria,” Armstrong said. “That kind of created a bigger buzz for this year, too. I’m glad it’s carried over. I’m super excited to get the year going.”