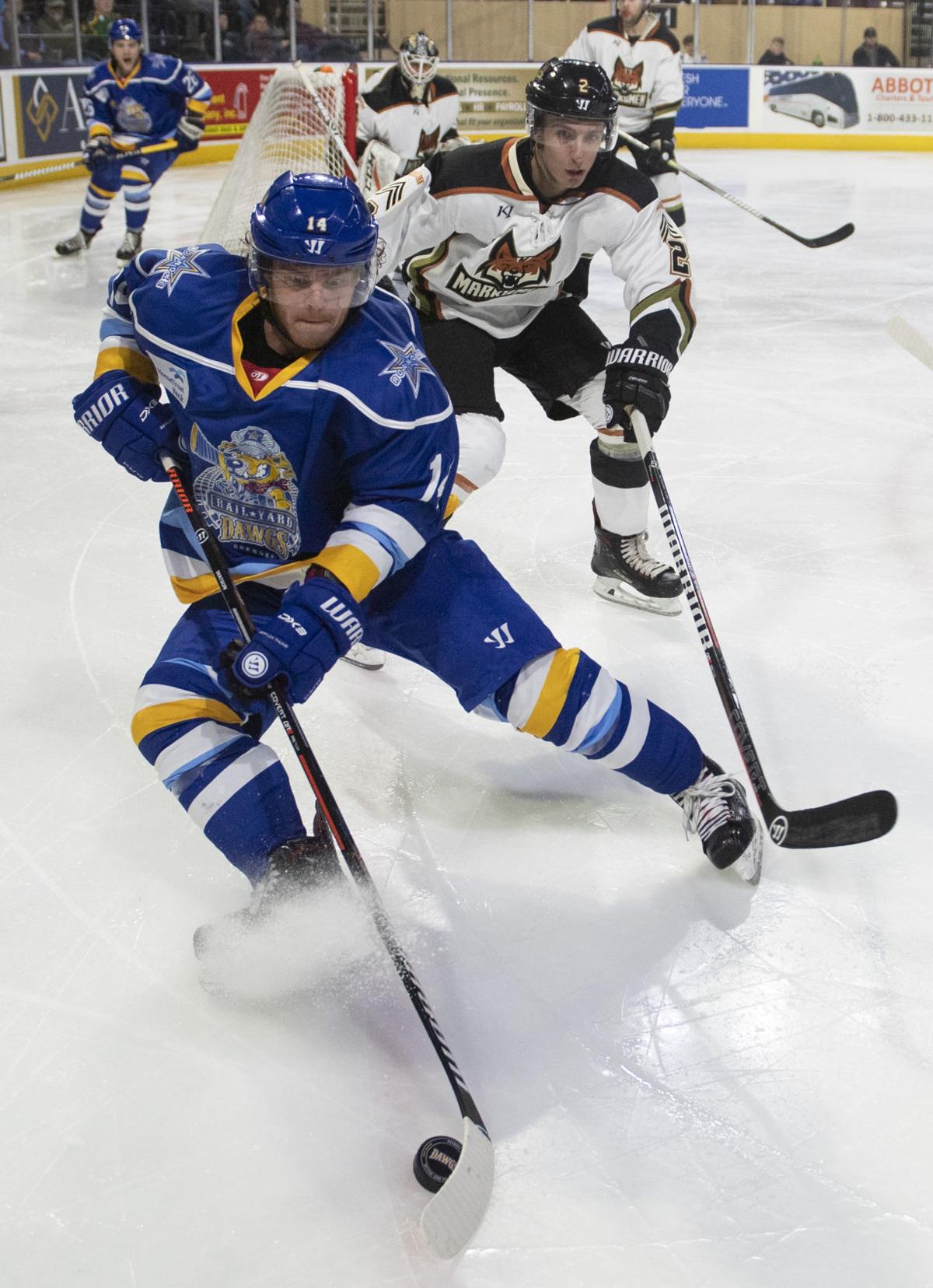 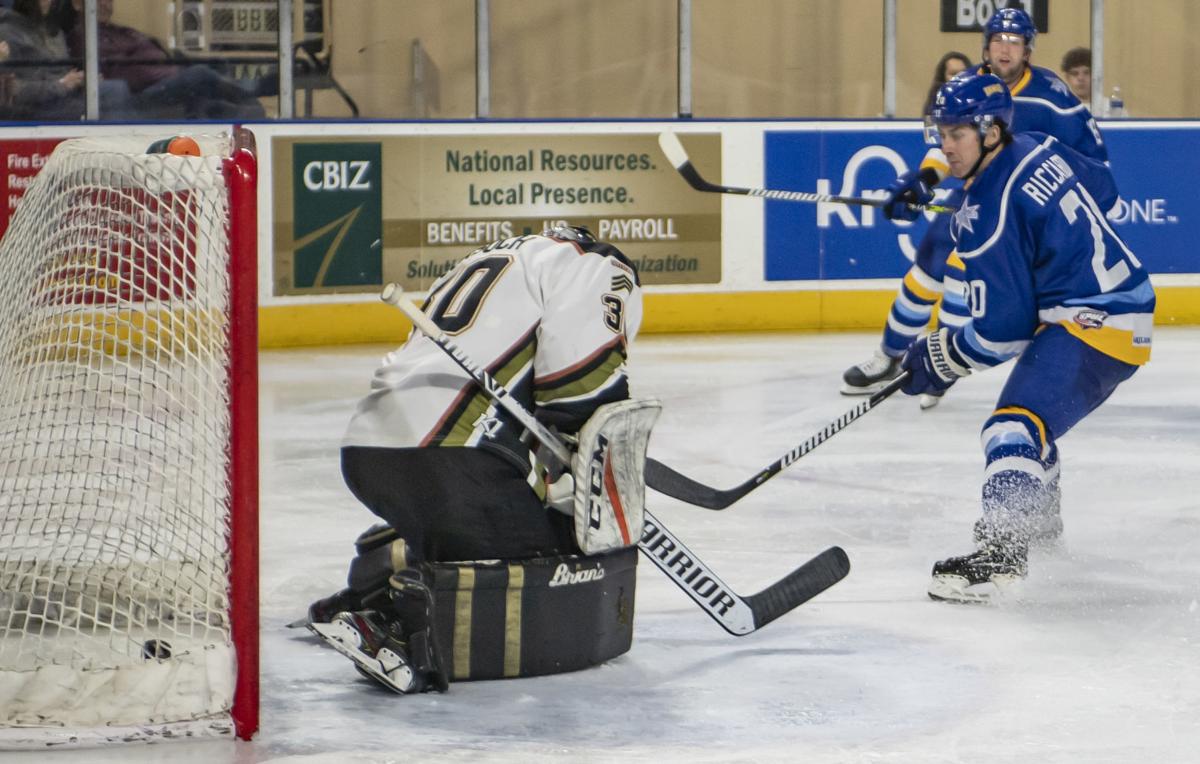 Roanoke coach Dan Bremner could sense a game like this coming.

Maybe not in the first period on Friday night, when Fayetteville seized quick command. Maybe not even in the second period, when his Rail Yard Dawgs inched their way back into a competitive position.

Sometime, though, they’d start getting bounces. They’d get rewarded on the scoreboard for their positive play.

He was right. It happened.

After Roanoke fell behind by three goals early, Lincoln Griffin equalized late in the third period and CJ Stubbs buried the game-winner in overtime, leading the Dawgs to a thrilling 4-3 victory over the Marksmen in front of a festive crowd of 2,912 at the Berglund Center.

“This group continues to surprise me,” Bremner said. “To get that buy-in and that passion, they’re impressing the hell out of me. I love ‘em. I love this group.”

Dawgs fans weren’t loving the action after the first period, when Fayetteville (14-3-5) led 3-0 and seemed well on their way to their seventh victory in nine meetings with the Dawgs (6-13-4). But goals by Brad Riccardi and Brandon Wahlin cut the deficit to one and reenergized the building.

With 2:05 remaining, Griffin skated between the circles and scored on the backhand to tie it 3-3.

“That was a huge one,” Stubbs said. “We knew we had the game right there, honestly. That one went in and we had all the energy going and finally got those good puck bounces. Oh, yeah, it was nice.”

The Dawgs had fetched just one of a possible six points in their previous three games, losing twice in Peoria and squandering a late lead against the Marksmen on Tuesday before falling in overtime.

Still, Bremner liked how his team played in all three losses.

“The guys have been battling for so hard for so long,” he said. “People from the outside don’t really see it – they see the results, but they don’t know how much effort, how much buy-in, how much passion they’ve put into this. They’ve deserved better, I think, the past few games.”

They got their karmic repayment in the 3-on-3 overtime. With the clock ticking under a minute, Jeff Jones took a shot on the breakaway that was saved by Fayetteville goaltender Trevor Sorsuch. Stubbs swooped in to stuff home the rebound and touch off the long-awaited celebration.

“I knew if the goalie was going to get a save on it, it was going to sit right in the crease there,” Stubbs said. “I just kind of followed it up and chipped it in.

“It’s like our coach says, you just stick to the process. I know we’re not getting those bounces sometimes, but just keeping grinding it out, keep doing the right things, and you’ll pull through.”

Brian Bowen scored on Fayetteville’s first shot of the game and added a second goal with 4:11 left in the first period. With 34 seconds remaining in the opening stanza, Max Cook made it 3-0 when he poked in a loose puck trickling in front of the goal line.

Bremner didn’t throw anything in the locker room during the first intermission, nor did he give an elaborate speech.

Bremner opted not to replace goalie Henry Dill, who rewarded the move by saving all 25 shots he faced in the second and third periods and overtime. That gave Roanoke a chance to rally for a victory Bremner called one of the most satisfying of his tenure here.

“They just deserved that one,” Bremner said of his players, “and it was all them.”