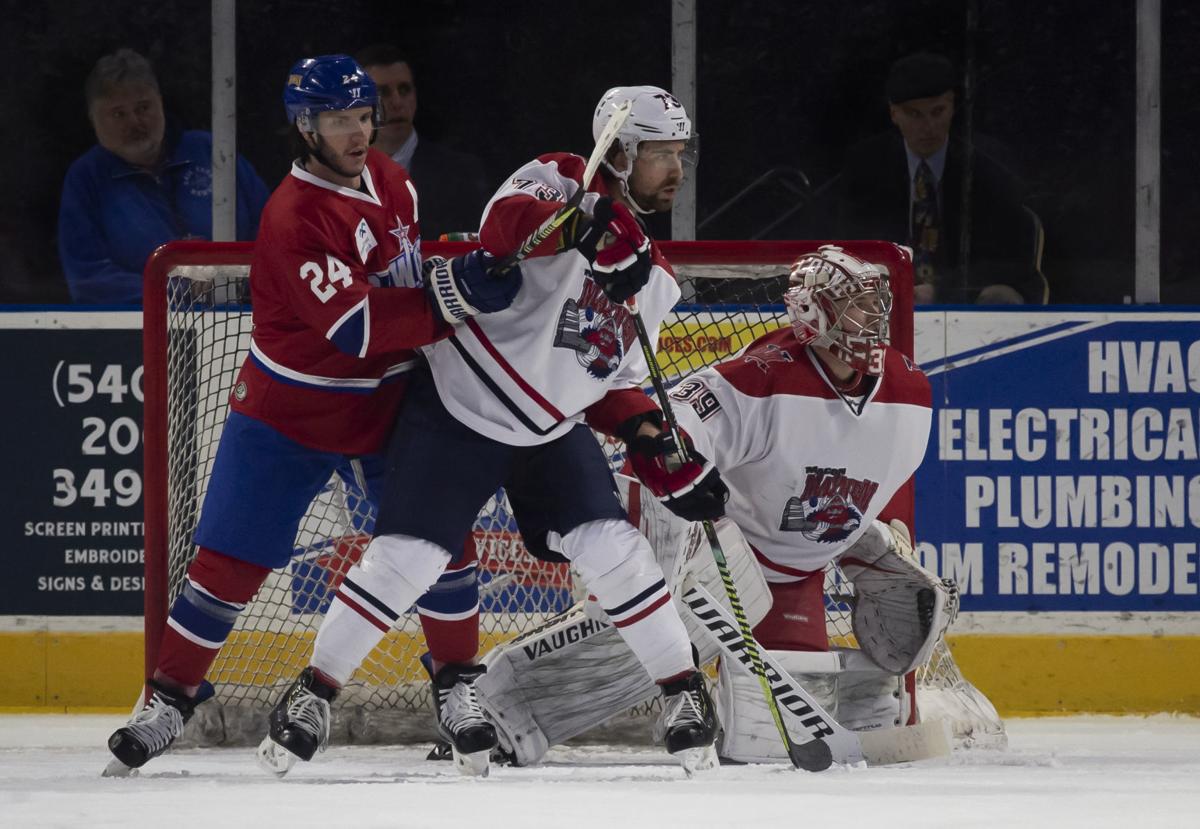 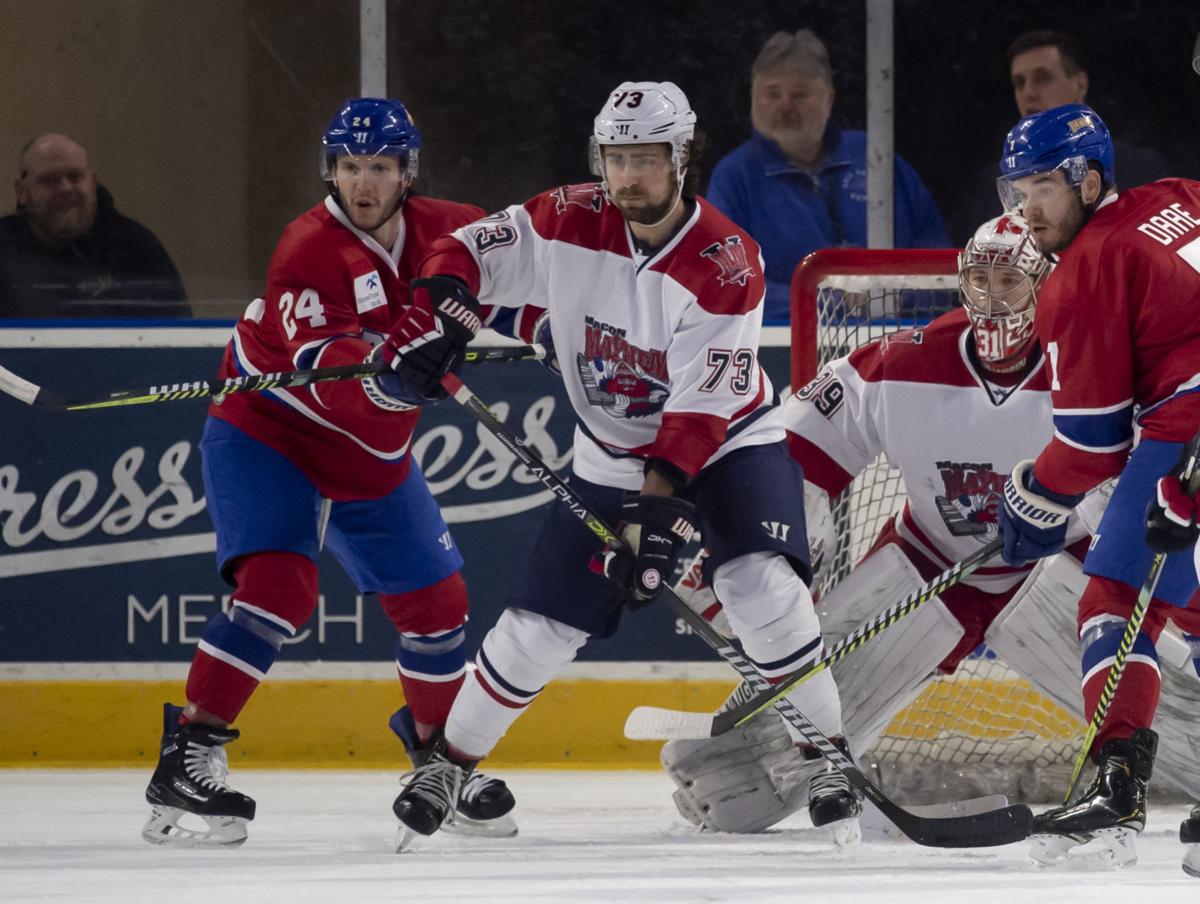 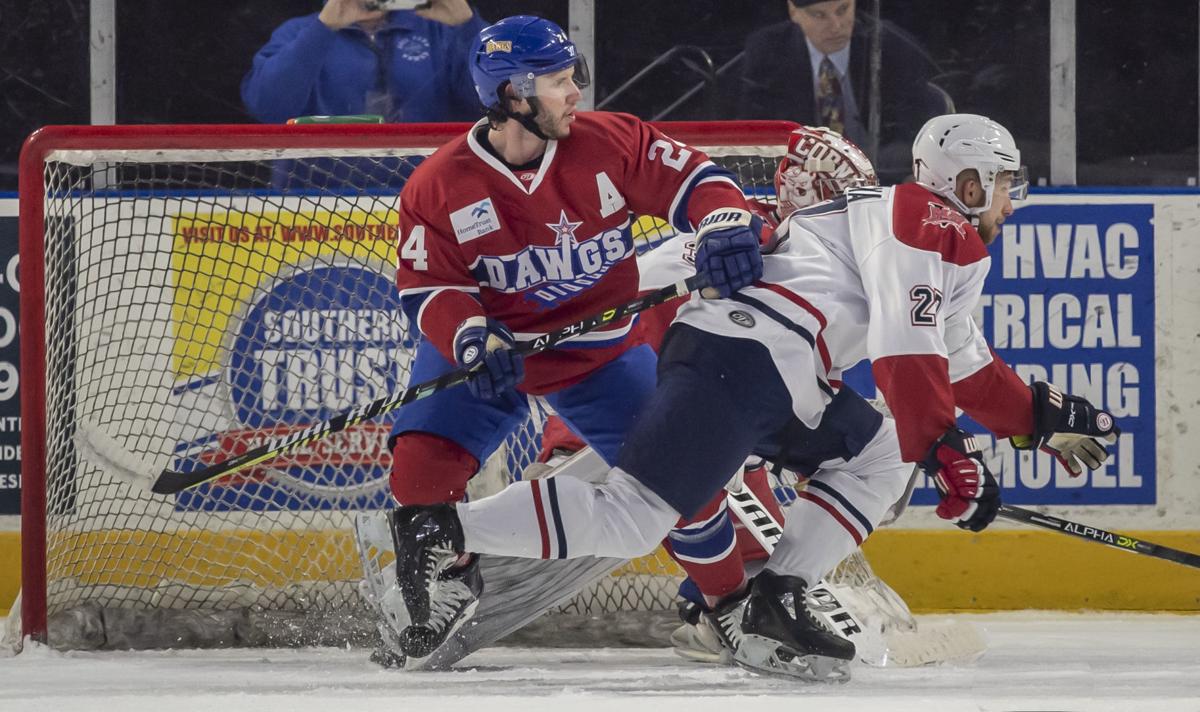 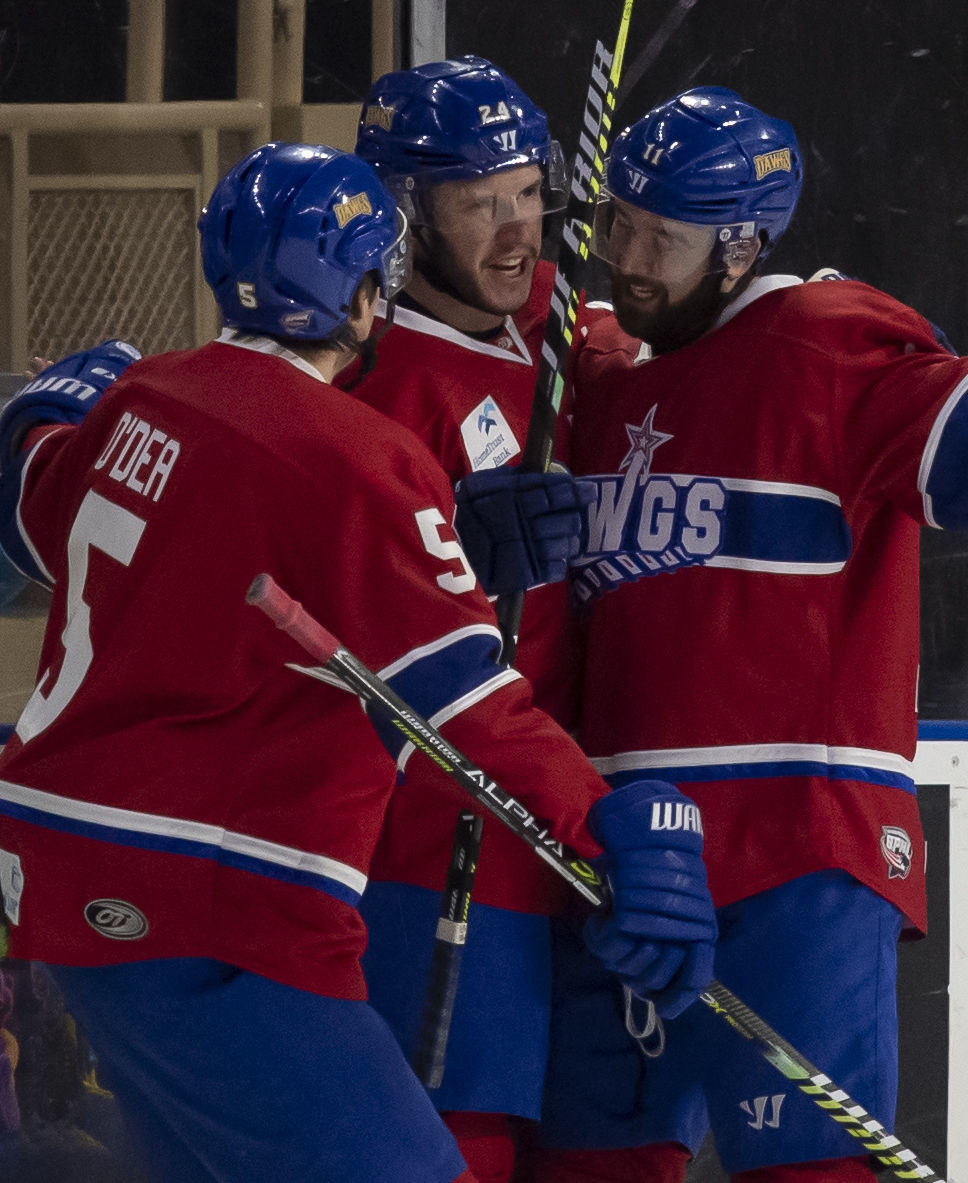 Late in Roanoke’s 2-0 victory over Macon on Sunday, Jeff Jones swept a backhanded shot toward the vacated opposing net.

The Berglund Center crowd groaned as the puck trickled just wide of the left post, denying Jones a hat trick.

“Obviously, it would have been nice, but at the end of the day, we got the win,” Jones said with a smile. “I’ll save that one for maybe the next game.”

That opportunity comes Friday night, when the Dawgs (9-15-5) travel to Alabama to face Huntsville (18-9-3). Roanoke is thrilled to have seen Jones snap out of his offensive funk, hat trick or not.

Before netting in the first and second periods on Sunday, Jones had gone 13 straight games without scoring.

“It’s been a while,” Jones said. “It feels good to finally score one. I’ve had chances. I’ve been working hard. You just try to stay positive when you go into droughts like that. Finally got rewarded, and hopefully I can get something going here.”

A 28-year-old Canadian winger in his fifth professional season, Jones was one of only three skaters to play in all 56 games with the Dawgs last year. He matched a franchise record with 22 goals in 2018-19.

He has eight goals and 12 assists this season, which just reached its midway point two games ago.

His tallies on Sunday moved him into second place on the team in points (20) behind CJ Stubbs (21).

“I’m so happy for him,” said Roanoke coach Dan Bremner, whose club completes a three-game week with a visit to Pensacola on Saturday night. “Jones is the most team-bought-in guy in the world. He’s doing everything right.

“The last month he’s had more scoring chances than I can imagine, and they just haven’t gone for him, and I could see the frustration building. So I hope those two kind of lighten the shoulders for him.”

NOTE: The Dawgs traded Colton Wolter, who was third on the team in points, to Macon this week in exchange for forward Marcus Ortiz.

Wolter supplied 11 goals and eight assists in 29 games for Roanoke this season. He matched a franchise record with an eight-game points streak that was snapped two weeks ago.

Ortiz, a third-year pro, recorded 11 goals, four assists and 50 penalty minutes in 31 games with the Mayhem.