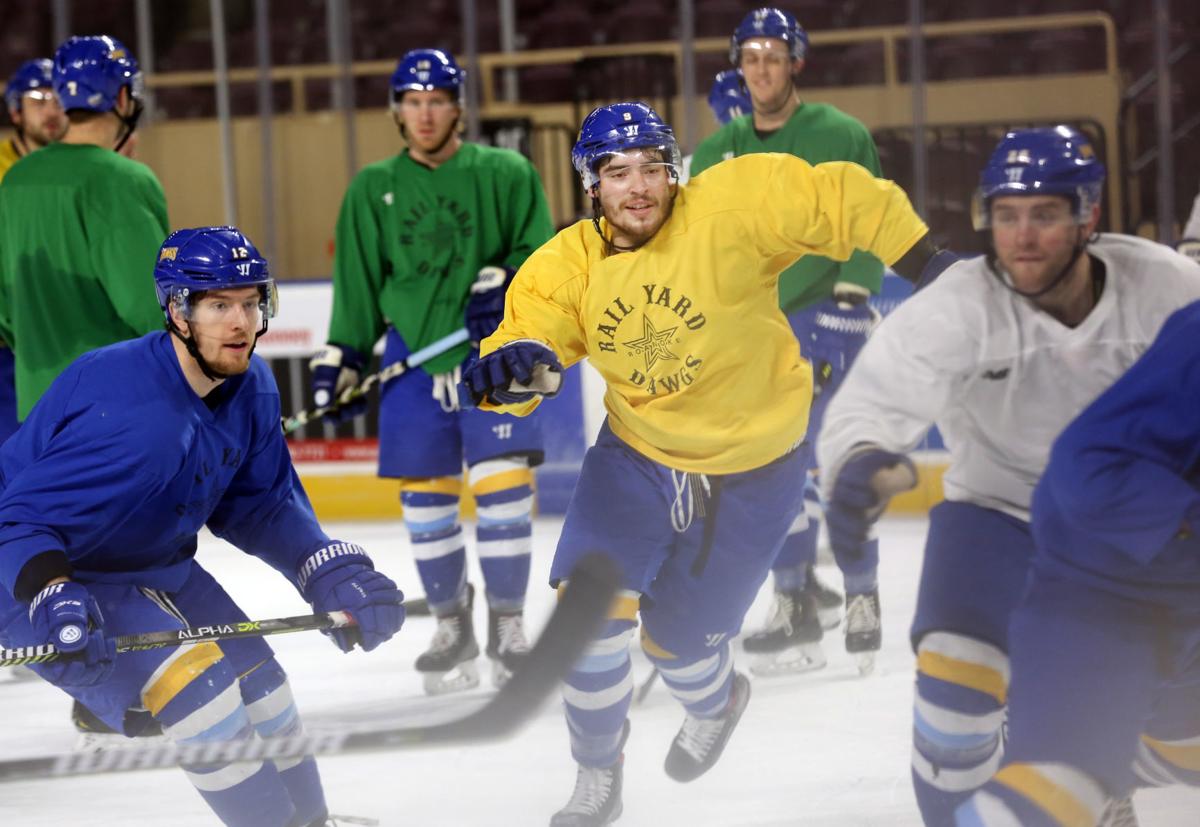 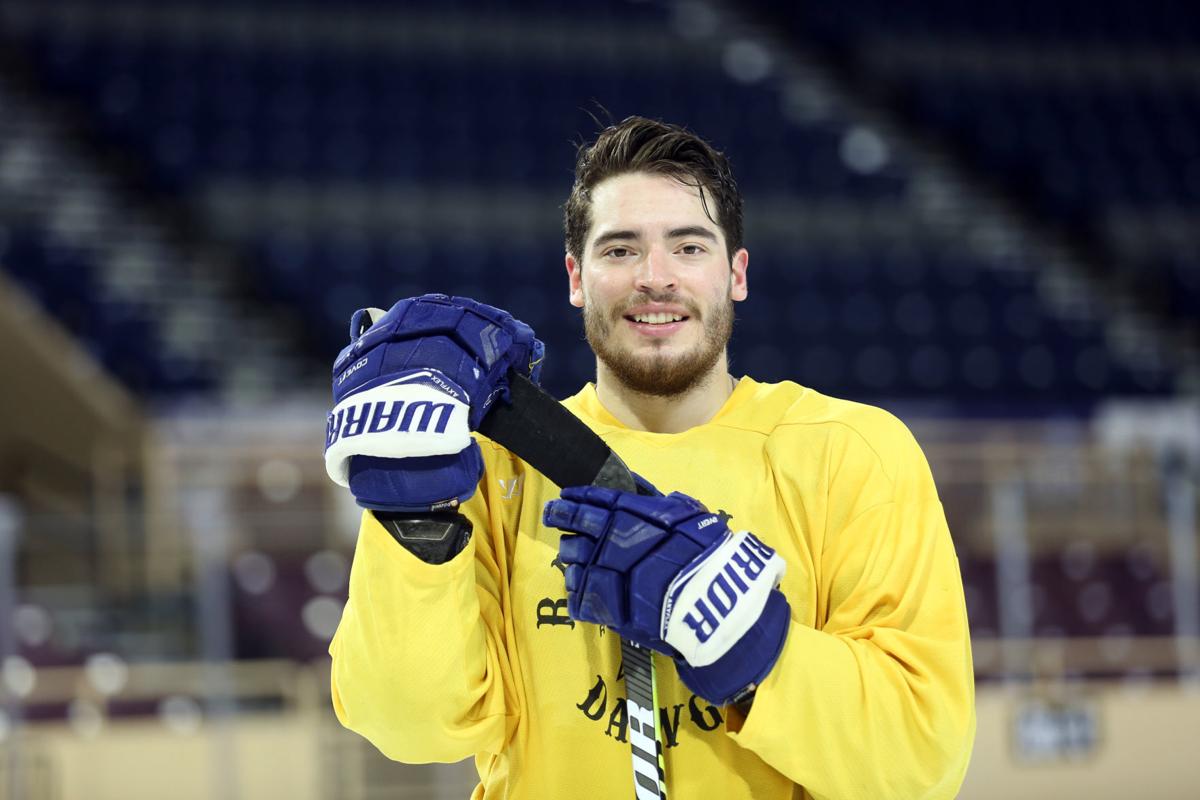 Rail Yard Dawgs forward Colton Wolter has bounced around a bit in his pro career, but he now finds himself one game away from tying the franchise points streak record. 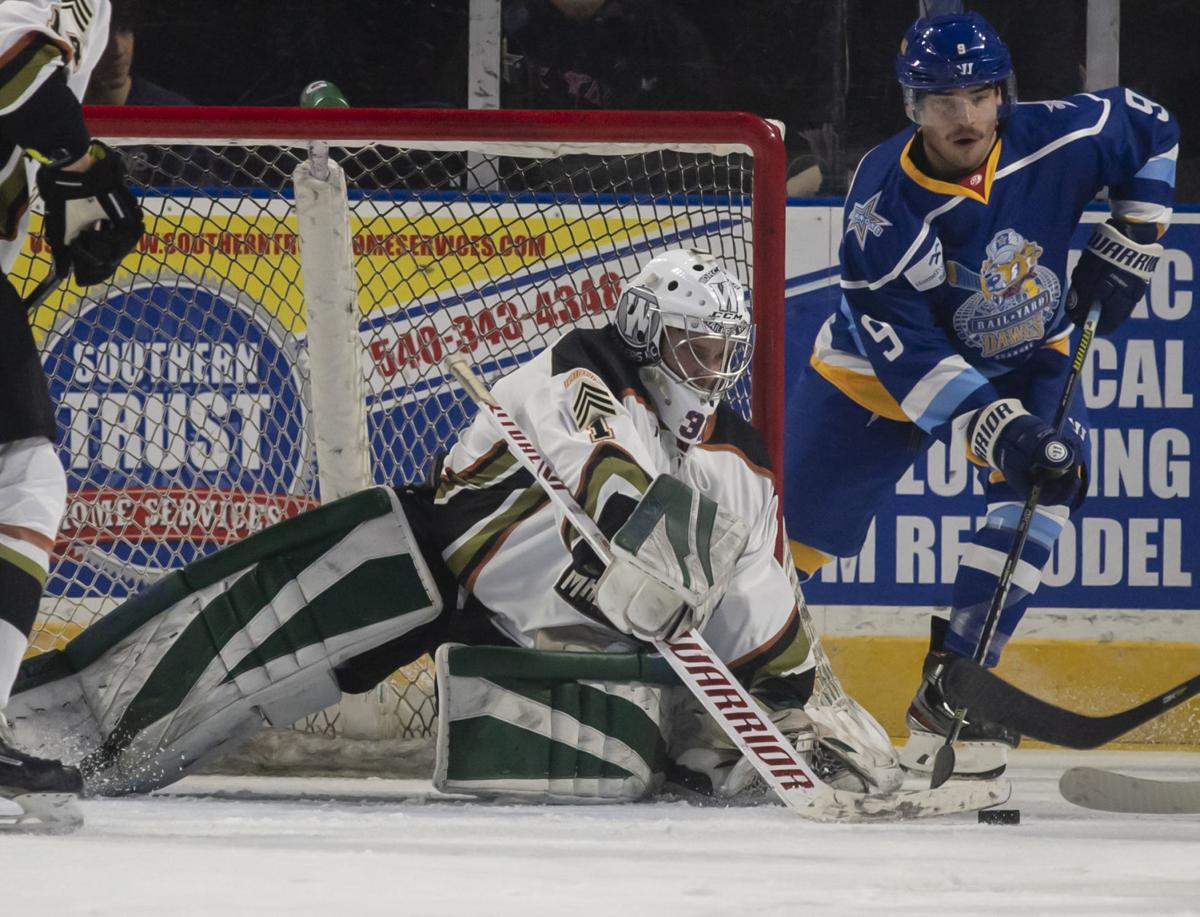 Roanoke forward Colton Wolter tries to get a shot past Fayetteville goalie Blake Wojtala on Friday night at the Berglund Center. 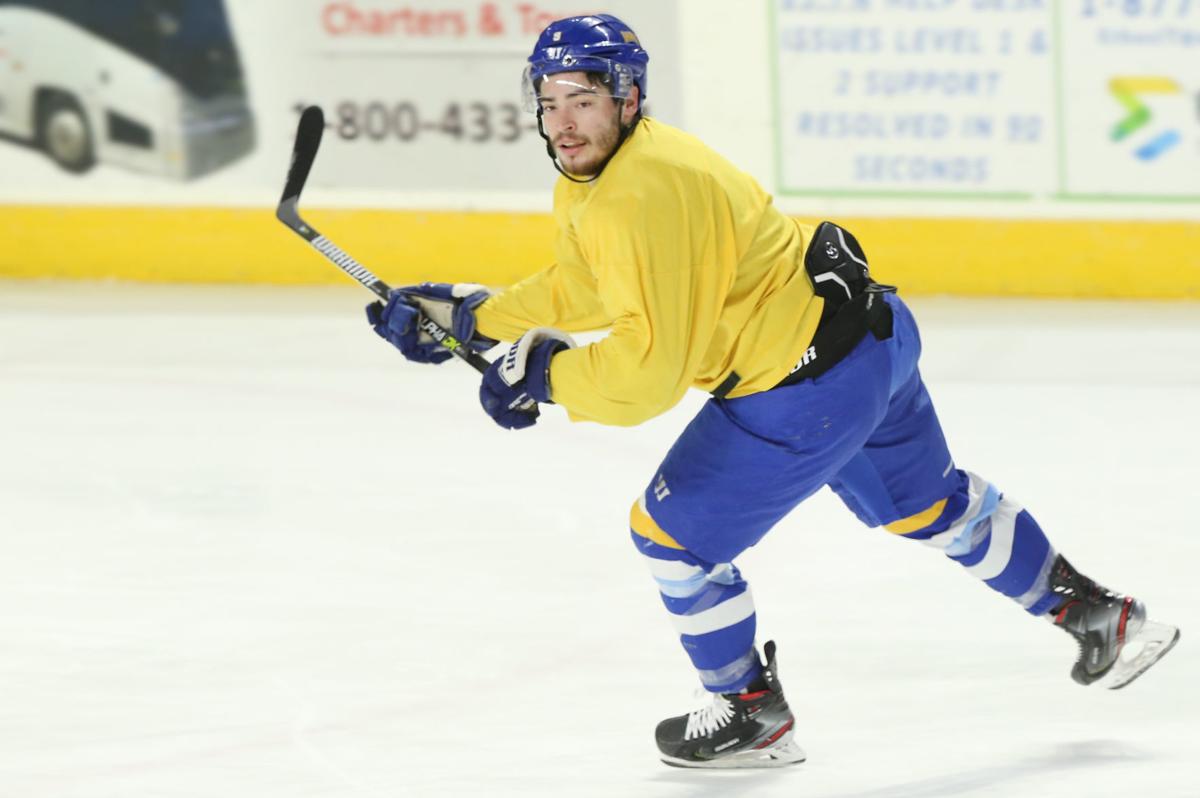 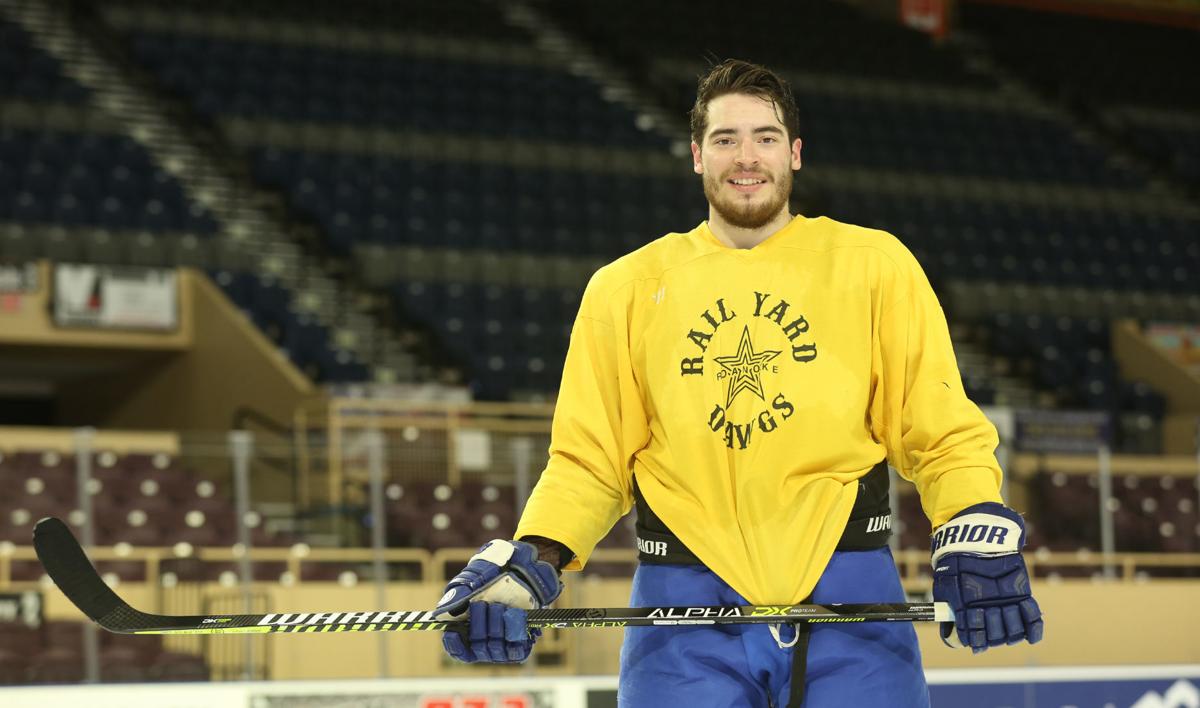 Rail Yard Dawgs forward Colton Wolter has bounced around a bit in his pro career, but he now finds himself one game away from tying the franchise points streak record. “His puck protection is out of this world,” coach Dan Bremner said about Wolter. 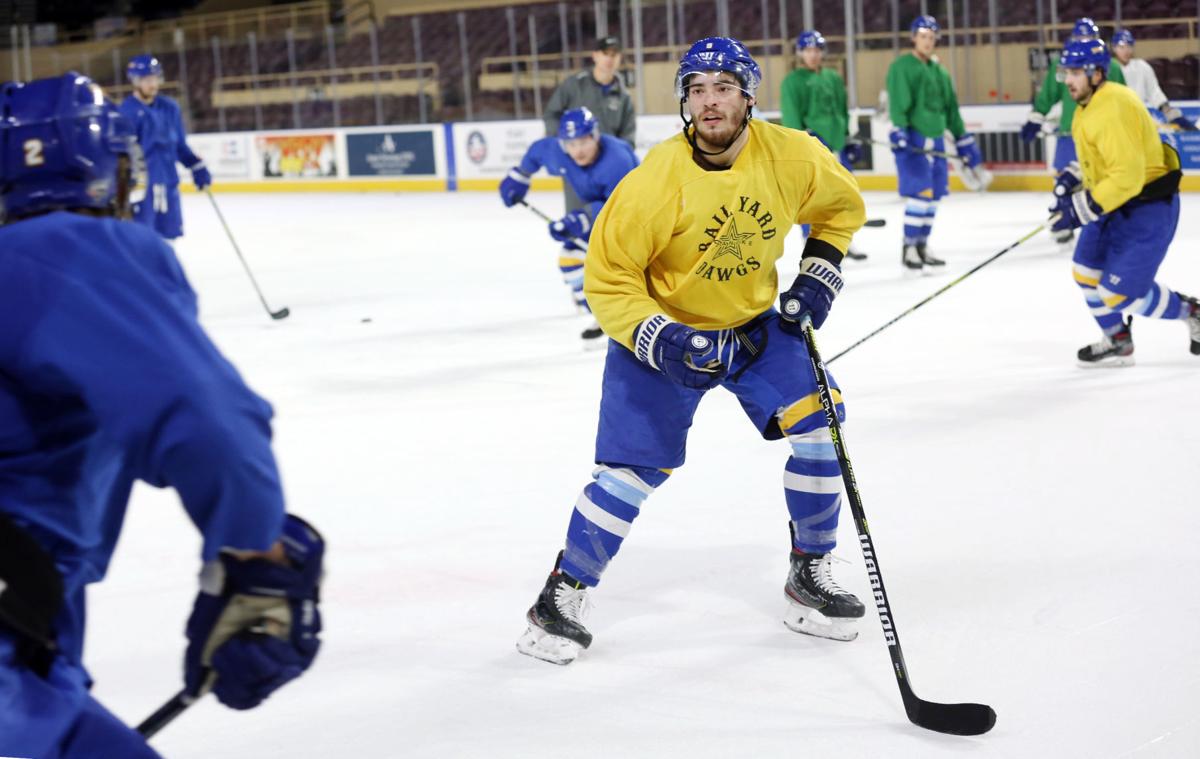 Rail Yard Dawgs forward Colton Wolter has bounced around a bit in his pro career, but he now finds himself one game away from tying the franchise points streak record.

Roanoke forward Colton Wolter tries to get a shot past Fayetteville goalie Blake Wojtala on Friday night at the Berglund Center.

Rail Yard Dawgs forward Colton Wolter has bounced around a bit in his pro career, but he now finds himself one game away from tying the franchise points streak record. “His puck protection is out of this world,” coach Dan Bremner said about Wolter.

When he’s not on the ice, Colton Wolter typically can be found outdoors.

Hunting. Fishing. Hiking. Golfing. The Roanoke Rail Yard Dawgs forward is the kind of guy who, on an unseasonably warm day in January, will grab a bunch of tennis rackets and convince his teammates to go hit the ball around on the court at their apartment complex.

A native of Alaska, Wolter derives pleasure from seeking out some of the Roanoke area’s popular outdoors spots.

“The hike that I’ve enjoyed the most is McAfee Knob,” he said. “It’s a little bit of a struggle at the beginning, but once you get there and see the view, it’s definitely worth the hours that you put into it.”

The same could be said about his season.

Admittedly unprepared physically when he arrived at Dawgs training camp this fall, Wolter has worked himself into sharp form in recent weeks. He enters Friday’s home game with Birmingham on a seven-game points streak — one shy of the franchise record shared by Mac Jansen and Jackson Brewer.

“His puck protection is out of this world,” Dawgs coach Dan Bremner said. “He’s very good at using his body to protect the puck and look for plays, setting up teammates. He’s got a heavy shot. He’s got a nose for the net. The big thing is that he’s playing at a faster pace now.”

Wolter’s lack of cardiovascular fitness in October wasn’t due to laziness. Like many players in the SPHL, Wolter works tirelessly over the summers to save enough money to be financially solvent during the minor league hockey season.

He logged 50-hour weeks with a Minnesota construction company, leaving him little time or energy to hit the gym.

“Being able to get a few weeks of practice in me and then some live game action has really helped out,” Wolter said. “It’s just now kind of getting to the point where I should have been at the beginning of the year if I didn’t procrastinate.”

The Dawgs have seen their team performance improve along with their points leader’s. They’ve picked up points in five games during Wolter’s streak and face Birmingham fresh off sweeping a pair of games with Fayetteville last weekend.

Wolter not only has contributed 11 goals and seven assists, but he’s also been a physical presence on the ice at a thick 5-foot-11, 205 pounds.

“He’s just stronger than everyone,” said Jansen, who also played alongside Wolter at Wisconsin-Eau Claire. “He’s got that mental mindset of, ‘I’m not going to let anyone beat me,’ and that’s exactly what his play is showing.

“He’s a very intimidating character, and he’s got a strong love for the game. I’ve known him many years now, and for as long as I’ve known him, he’s tough to get off the ice.”

Gregarious and friendly, Wolter laughed as he confessed that he has “an anger problem sometimes” in games. His ire is almost always directed toward himself or, to a lesser extent, the opposition.

The outdoors activities help Wolter unwind when practice is over. Rarely, though, is he in a rush to leave the Berglund Center.

“Hockey’s a team game, but in the process, individual accomplishments are attained,” Wolter said. “It’s something that goes down in a little history book, so it’d be nice, but it’s not the ultimate goal. The ultimate goal is to continue winning.”