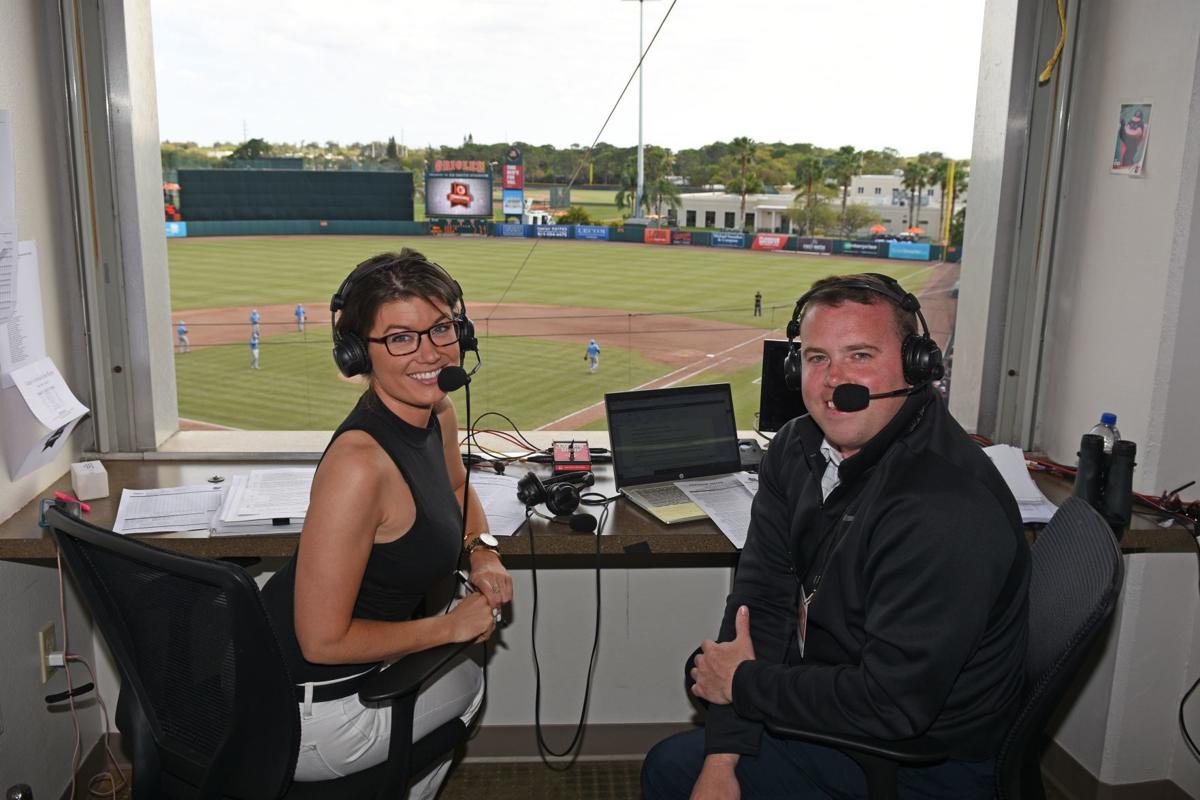 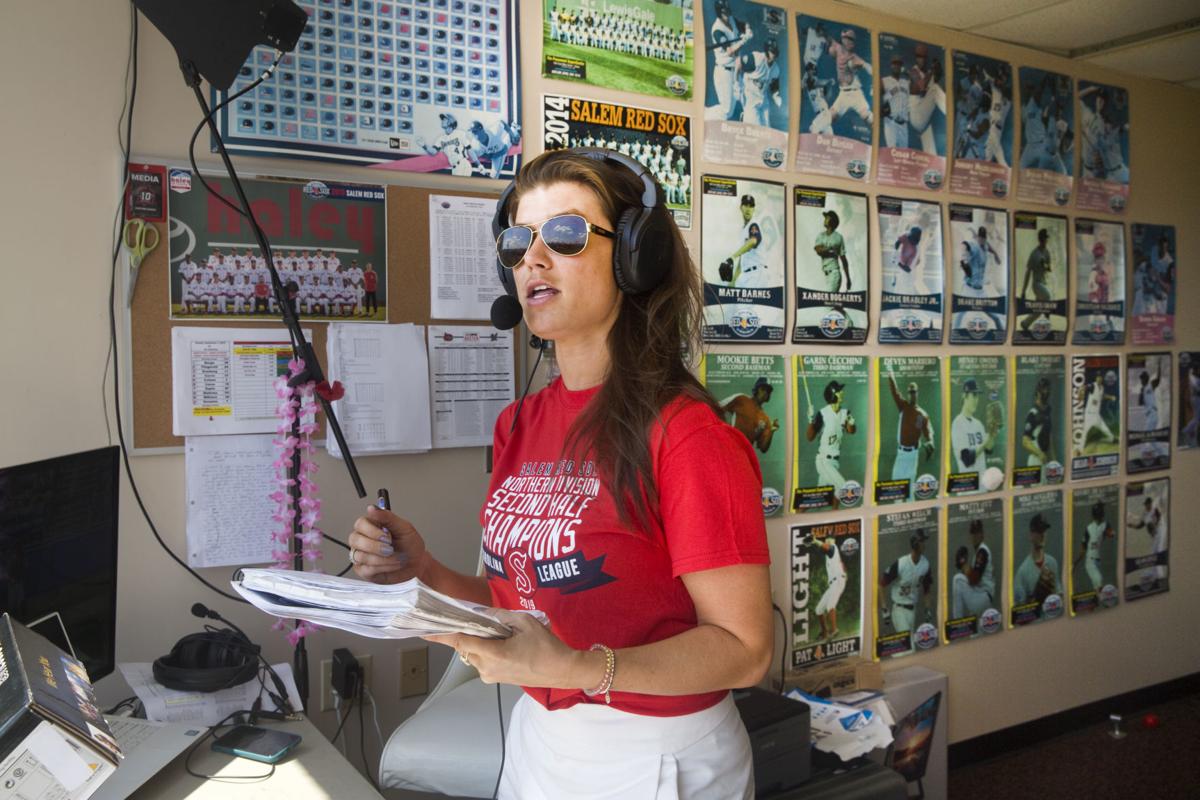 Melanie Newman was the radio play-by-play voice of the Salem Red Sox last year. She has joined the broadcast team of the Baltimore Orioles. She will have radio and TV roles in her new job. 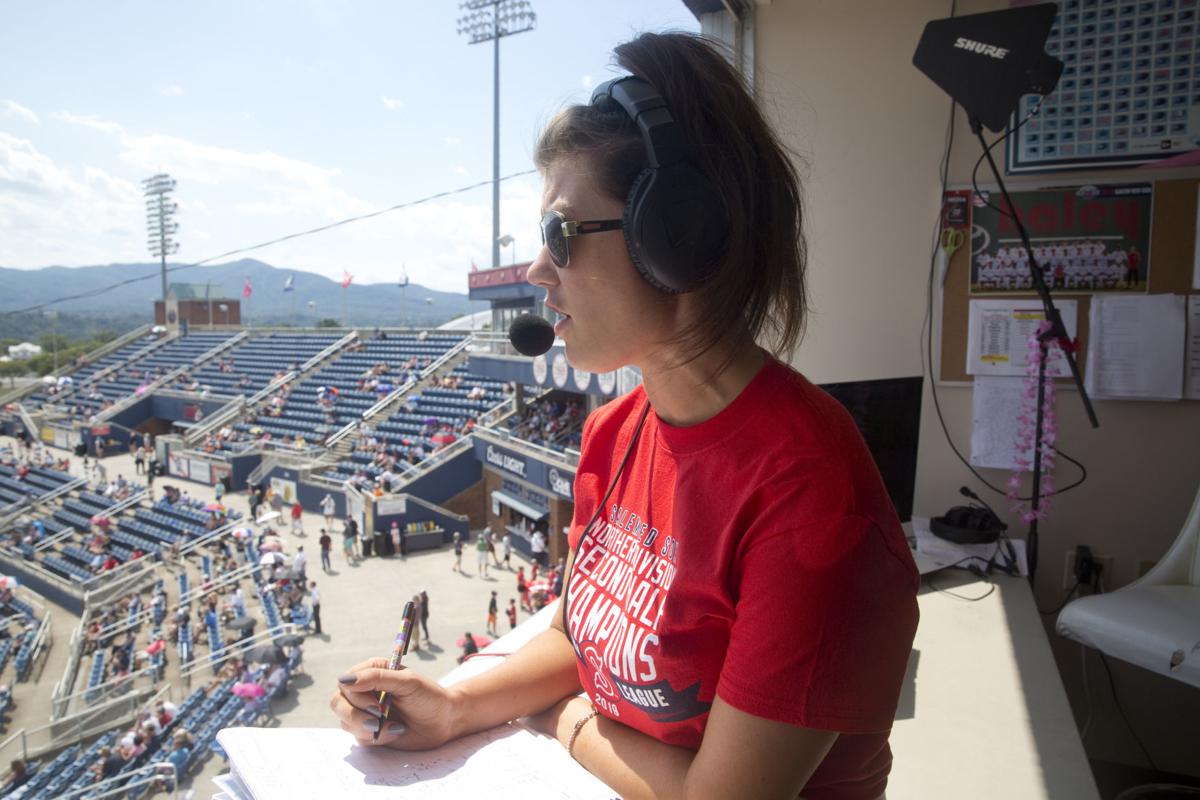 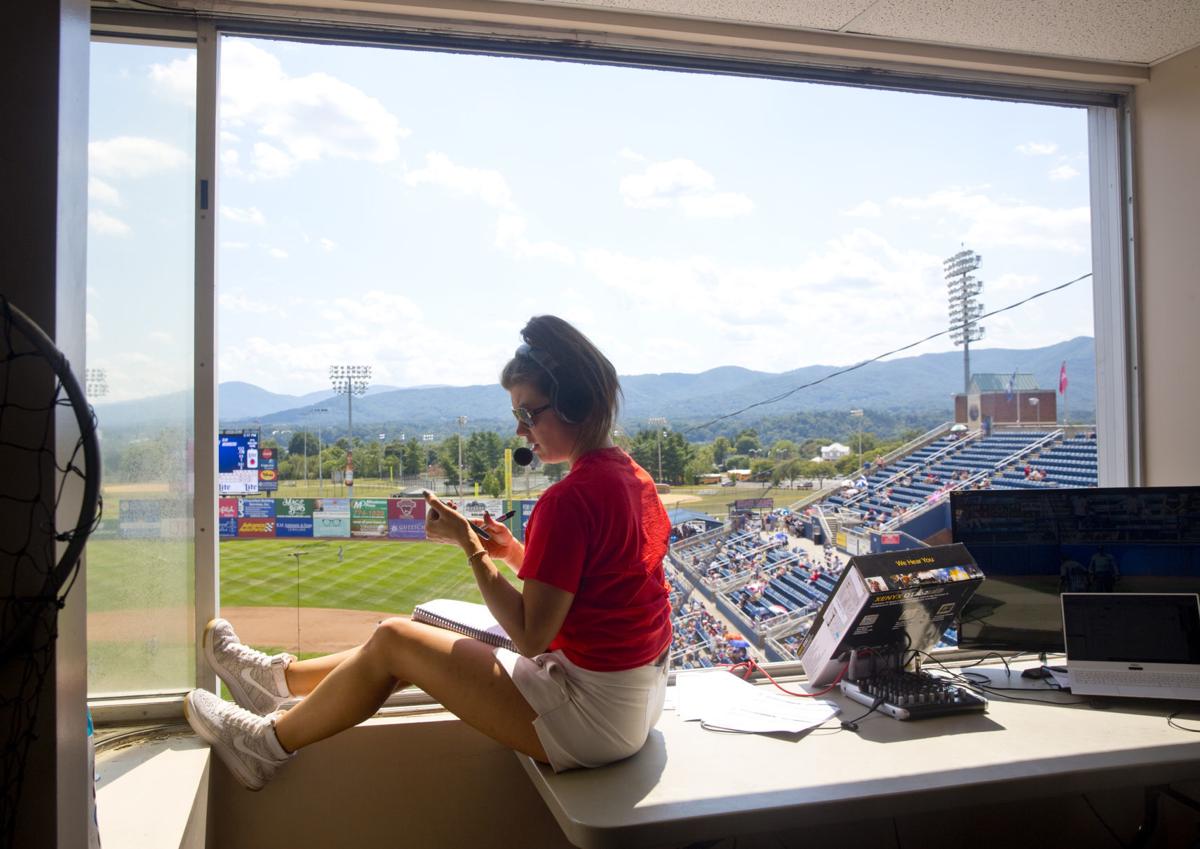 Melanie Newman spent last year as the radio play-by-play voice of the Salem Red Sox. Newman will be a radio and TV broadcaster for the Baltimore Orioles this year.

Melanie Newman was the radio play-by-play voice of the Salem Red Sox last year. She has joined the broadcast team of the Baltimore Orioles. She will have radio and TV roles in her new job.

Melanie Newman spent last year as the radio play-by-play voice of the Salem Red Sox. Newman will be a radio and TV broadcaster for the Baltimore Orioles this year.

The Baltimore Orioles announced three weeks ago they have hired Newman as part of their broadcast team. She will have several roles with the O’s, including radio play-by-play; sideline reporter for the telecasts on MASN; and pregame and postgame host on MASN.

“It’s kind of that pinnacle that you always hoped you’d get to in your career,” Newman, 29, said last week in a phone interview from spring training in Sarasota, Florida. “You just don’t know when it’s going to happen. You don’t want to get ahead of yourself.

“When it did come around, it was even better, just because I was already content with what I had. To all of a sudden get so much more, it goes past anything you could expect.”

Moving up from Class A Salem to the majors is certainly a significant jump.

Newman had been planning to return to Salem for a second season before getting the Orioles job.

The Orioles are taking a different approach with their broadcasts . Their broadcast team this year has expanded to 19 people. Most, like Newman, will have multiple radio and television roles (although Gary Thorne and Jim Palmer will be sticking to the TV booth).

“It’s almost like the [ESPN] ‘SportsCenter’ model, where you know the talent, … but you just don’t know who you’re going to see that night that you tune in that’s going to be hosting, you don’t know who’s going to be a reporter that’s calling in or on a story,” Orioles senior vice president of administration and experience Greg Bader said.

Bader said Newman will do radio play-by-play for 50-60 games; be the MASN sideline reporter for another 40-50 games; and be the MASN pregame and postgame host for another 20 or so games. She will also have a digital presence.

“She’s like a super utility person,” Bader said. “Within the first couple minutes meeting with her, it was obvious that how she saw herself and what she saw her role as, it matched up exactly with what we believe broadcast talent in 2020 should be, which is storytellers and content creators.

“The baseball team is in a rebuild, and we’re getting younger and we’re investing in the future. And the business side is doing the same thing.”

Newman is not the only Orioles announcer making the jump from the Carolina League. Her friend Geoff Arnold will be doing Orioles radio play-by-play after spending the past five years with the Orioles’ Carolina League affiliate, the Frederick Keys.

When Newman made her Orioles debut last Monday on a radio broadcast of a preseason game, she became the first woman to ever do play-by-play in the Orioles’ broadcast booth.

It was not the first time she had made history.

While Newman did most of the Salem Red Sox broadcasts by herself, she was joined for 15-20 road games last year by Suzie Cool.

A Salem visit to Potomac last April marked the first time a team of two women ever broadcast a Minor League Baseball or Major League Baseball game. That game brought the duo national attention — and also caught the Orioles’ attention.

“I had no idea how much publicity that that [Salem job] would draw,” Newman said. “So that was kind of an experiment in itself, just seeing how everybody reacted to it.”

She also made history last December, when she served as the sideline reporter for the BowlDayRadio broadcast of the Cure Bowl between Liberty and Georgia Southern. Newman, Jamie Seh and Dani Welniak became the first all-women team to handle the national radio broadcast of an FBS game.

The Orioles job will give her an even bigger chance to be a role model.

“It’s still kind of crazy to think … me just doing my job is something that is super influential to other people, but I do recognize that. And I think it’s awesome, especially when I get to hear from parents that their little kids have seen an article … and [it] kind of opened up their eyes that they could really do just about anything,” Newman said. “But I also know that my work has to back up what I’m doing. Because if I’m doing it and I’m not doing it well, that’s going to set us back.”

Newman was a radio announcer for Class AA Mobile and Class AA Frisco before getting the Salem job last year. Last season was the first time Newman got to be the No. 1 play-by-play voice of a minor league baseball team.

She recently served as the sideline reporter for the ACC Network Extra (online) and ACC Network telecasts of the ACC swimming championships.

“We keep tabs on individuals throughout baseball, at all levels, that are broadcasters,” Bader said. “Melanie stood out to us as someone who obviously has a great deal of versatility. So far in a relatively brief career, she’s done a lot of things. … We know she’s ready.”

The Salem play-by-play job has been a good launching pad for some. Jason Benetti is now the TV play-by-play voice of the Chicago White Sox. Evan Lepler is one of the football and basketball play-by-play announcers for the ACC’s syndicated cable package (including NBC Sports Washington). Both also work for ESPN.

Newman said her time in Salem will always be special to her.

“It was my first year in a lead capacity. Getting my first playoff experience. … And the really special team and staff that I got to be around, I’m lucky,” she said. “It’s going to be something I remember for the rest of my life.”