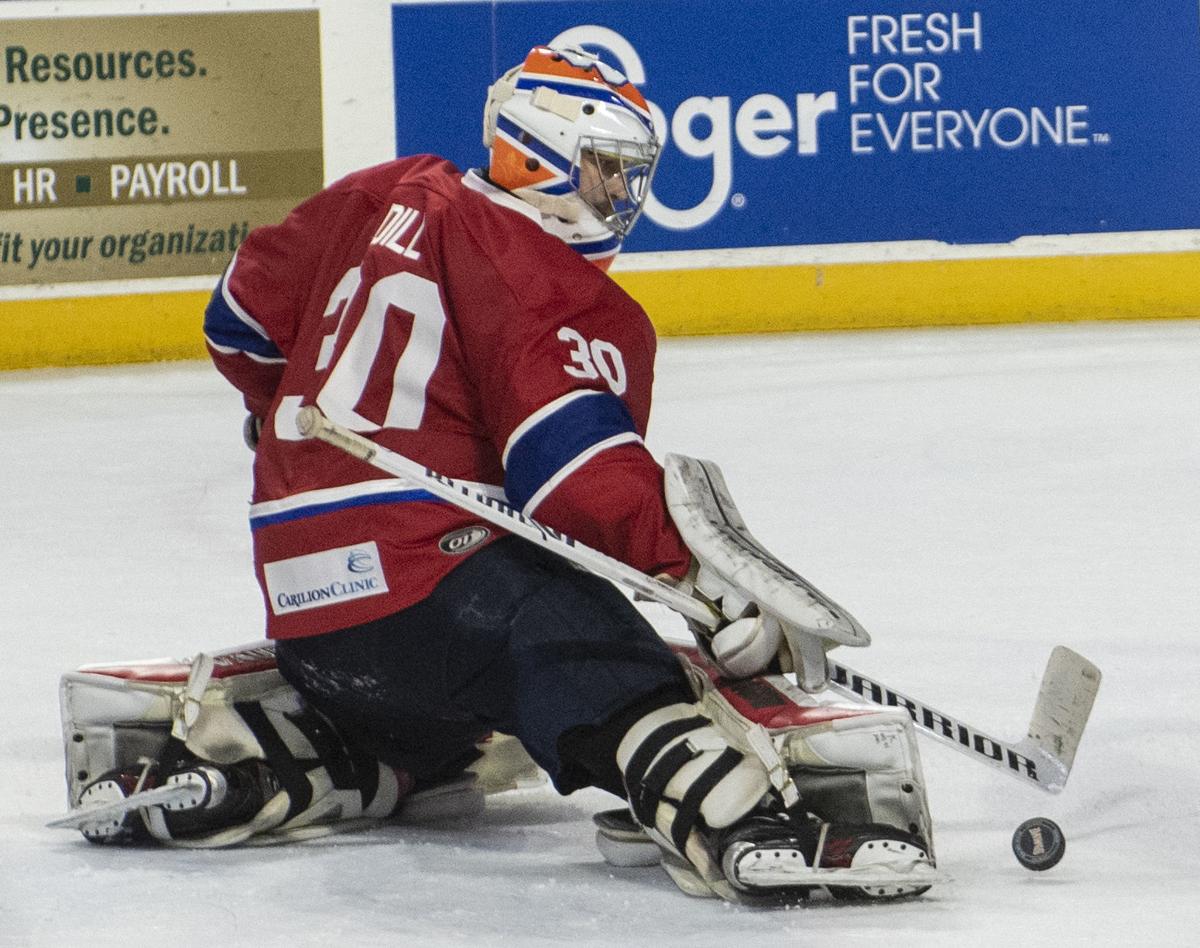 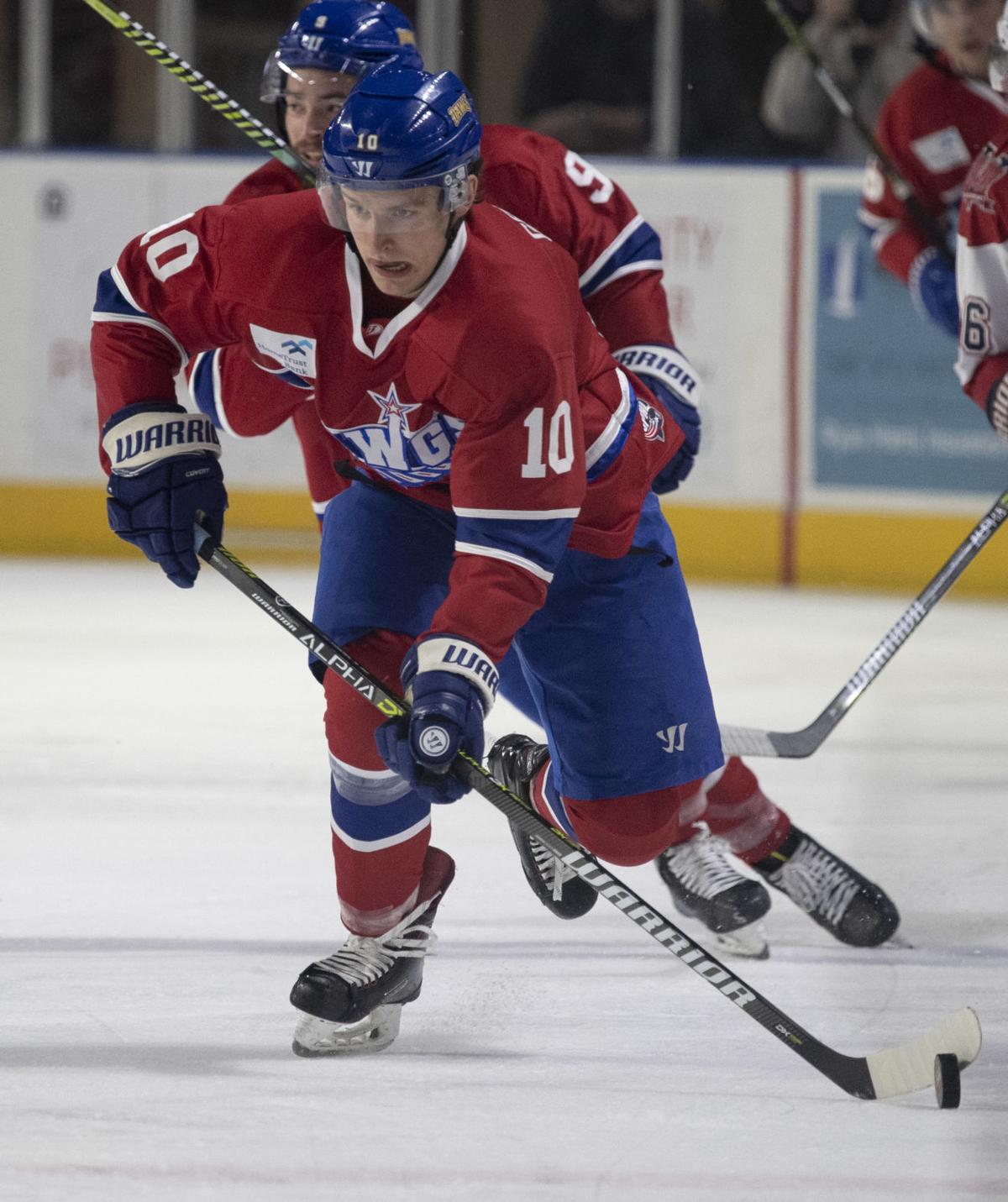 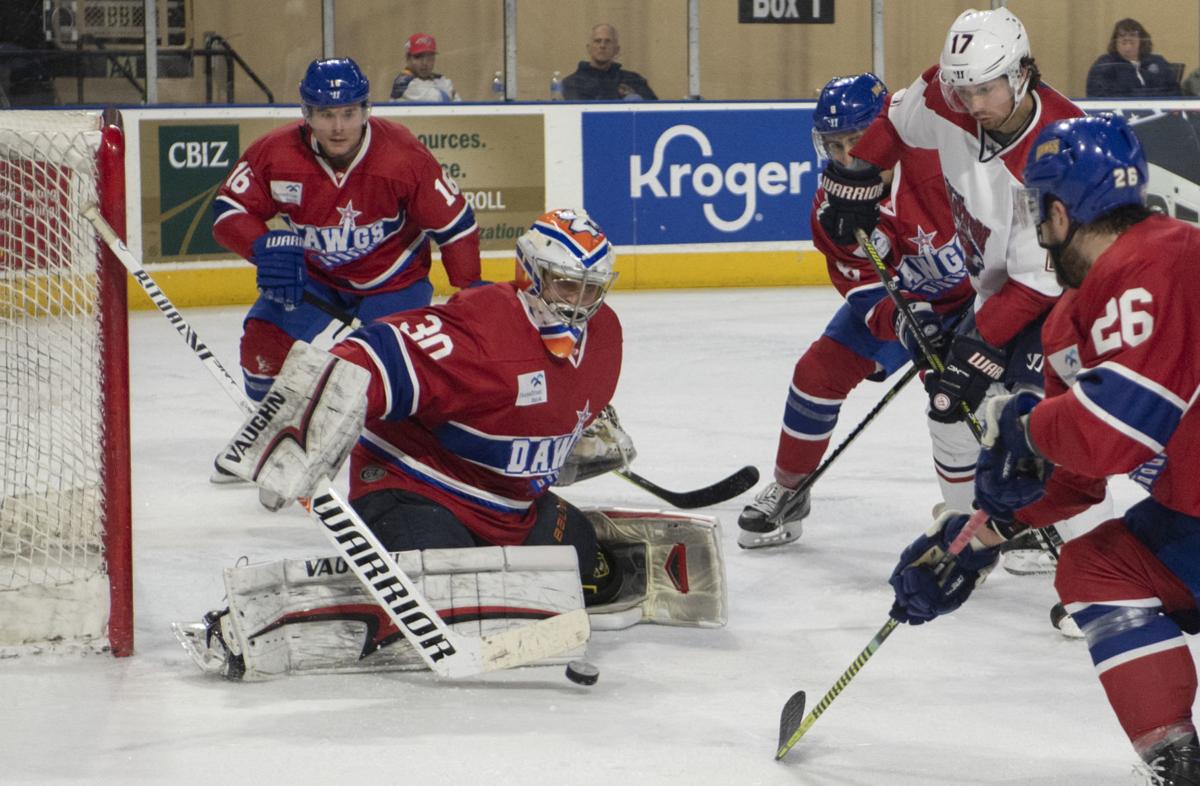 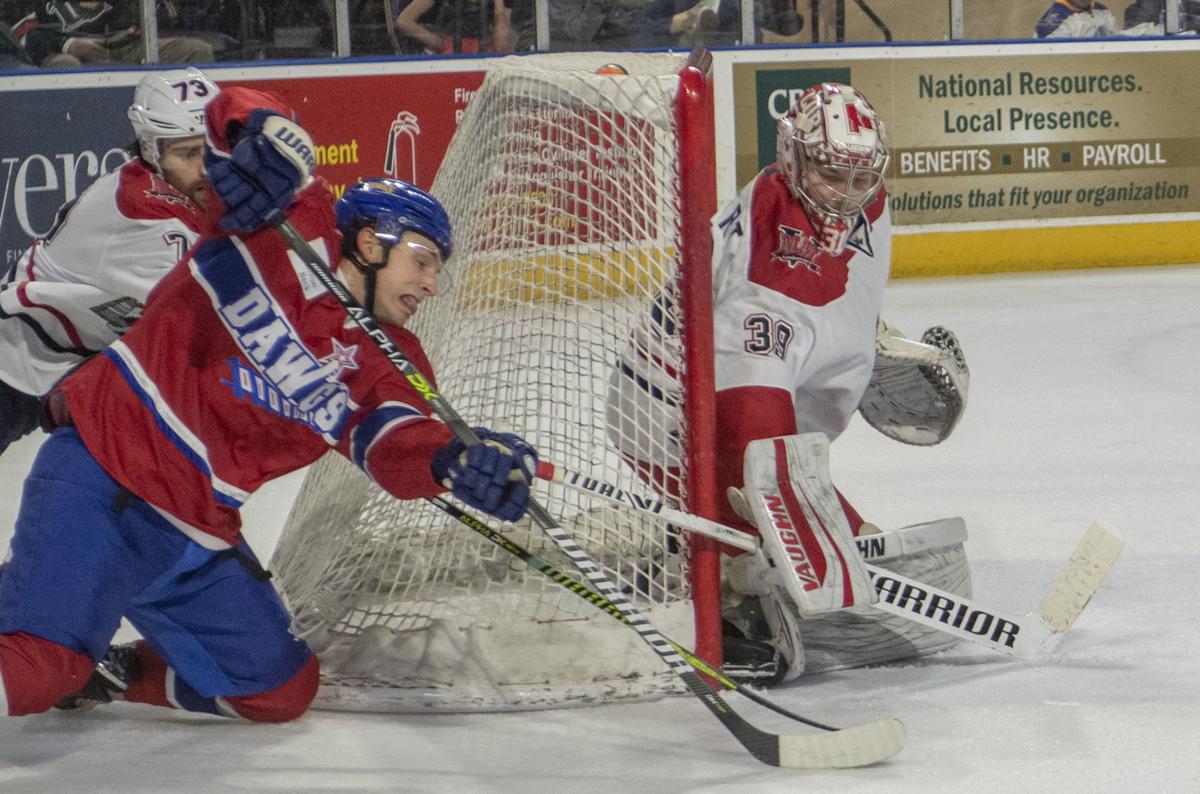 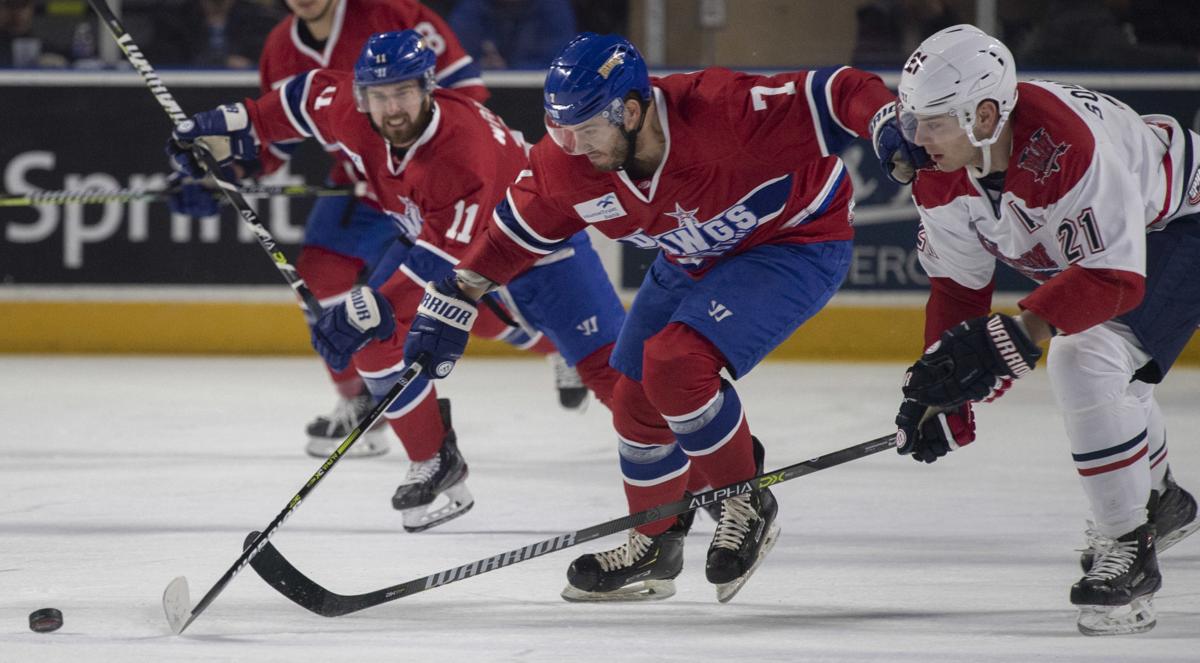 For a guy to score the only two goals of the game and not even earn First Star honors, you know somebody else must have done something pretty special.

The Roanoke goaltender stonewalled all 29 shots he faced to post the team’s first shutout of the year, making Jeff Jones’ two tallies hold up in a 2-0 victory over Macon on Sunday in front of an announced crowd of 3,548 at the Berglund Center.

Teammates slapped Dill’s shoulder pads and shouted joyfully at him in the tunnel as he waited to skate to the center of the ice as the First Star of the game.

“It feels amazing,” Dill said. “I consider these guys my family, my brothers. Just to see that I can make them happy with how I played, it’s a high for me. It’s why I play — that feeling you get after a win. Nothing touches that.”

The victory avenged a heartbreaking 3-2 overtime loss on Saturday night for the Dawgs (9-15-5), who had led Macon (9-18-4) with less than minute remaining in regulation.

“That just shows the character of our team, really,” Jones said. “We were pretty down after that, the way we lost. I thought we outplayed them last night and we didn’t get some of the calls, but we didn’t close. That’s on us.

“We came in focused, determined. We knew we had to have a big one today and came out and played pretty good.”

The win also allowed Roanoke to leapfrog the Mayhem and join Birmingham in a tie for eighth place in the SPHL standings.

“It’s huge,” Roanoke coach Dan Bremner said. “Obviously, we knew the importance going into this weekend against Macon. We’re both kind of battling to climb the ranks a little bit. Last night was obviously very disappointing. I think we had that game in hand.”

Perhaps a low-scoring game was to be expected Sunday. Both teams were playing their third game in as many days and had to travel after their Friday road games.

Dill had surrendered eight goals in his previous two starts — one win, one loss. He was pulled late in the second period at Knoxville on Friday after Roanoke fell behind 4-0 in an eventual 4-1 loss.

“I had the night off yesterday, so I was definitely fresh,” Dill said. “I stayed on and skated for an hour yesterday during morning skate, because I knew I wasn’t playing and I wanted to get back in that rhythm and just feel some pucks — especially after Knoxville. That didn’t sit well with me. Tonight was all about just keeping your eye on the puck and having an eye on their set-up plays.”

Roanoke struck first just 2 minutes in, as Jones scored from the left circle on assists from Brandon Wahlin and Matt O’Dea.

“Wally made a really nice play,” Jones said. “He saw me in the soft spot. He took a look, did a behind-the-back pass and I just caught and released it. Quick shot, just throwing it toward the net, and it went in.”

The Dawgs took just four shots in a largely uneventful second period, but one of them found the target.

With 1:35 left in the period, Macon’s Shawn Lynch was whistled for slashing, giving Roanoke its fourth power play. The Dawgs won the faceoff, and CJ Stubbs slid a pass from the left circle to Jones all alone on the doorstep, who stuffed it home to make it 2-0.

Dill and the defense took it from there.

“They outshot us today, but the boys really limited their second chances,” Dill said. “I gave up some rebounds, and they were there with picking up sticks and picking up bodies.”

The Dawgs play their next three games on the road before returning to the Berglund Center on Jan. 31. They’ll fire up the buses with much higher spirits after this one.

“To show the effort that they did today and kind of outwork and outcompete that team was huge,” Bremner said. “It continues to show, as much as this year’s been a struggle, our guys dig deep when it comes to work ethic, and they’ve got big hearts. It’s going to be a big part of our game going down the stretch.”