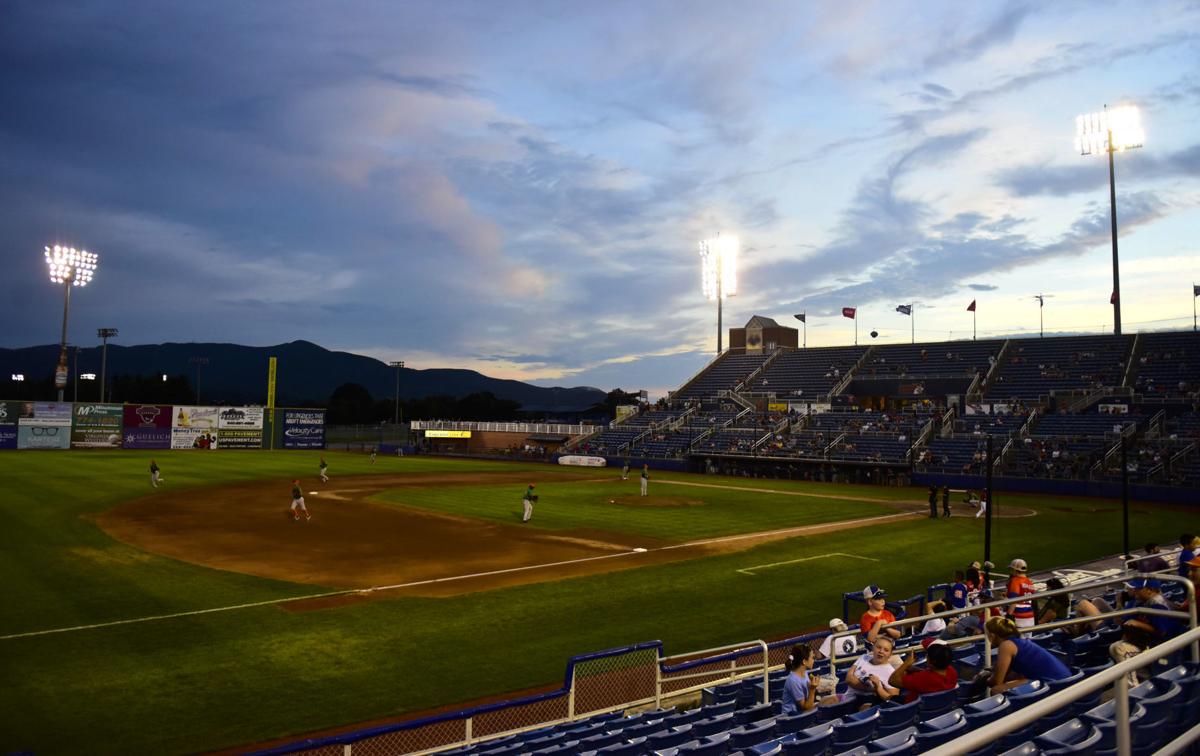 The sun sets over Haley Toyota Field in Salem during a Red Sox game against the Wood Ducks. Sports talk show host Dan Patrick and his cohorts on “The Dan Patrick Show” have been debating whether they should head to Salem for “Nickelback Night.” 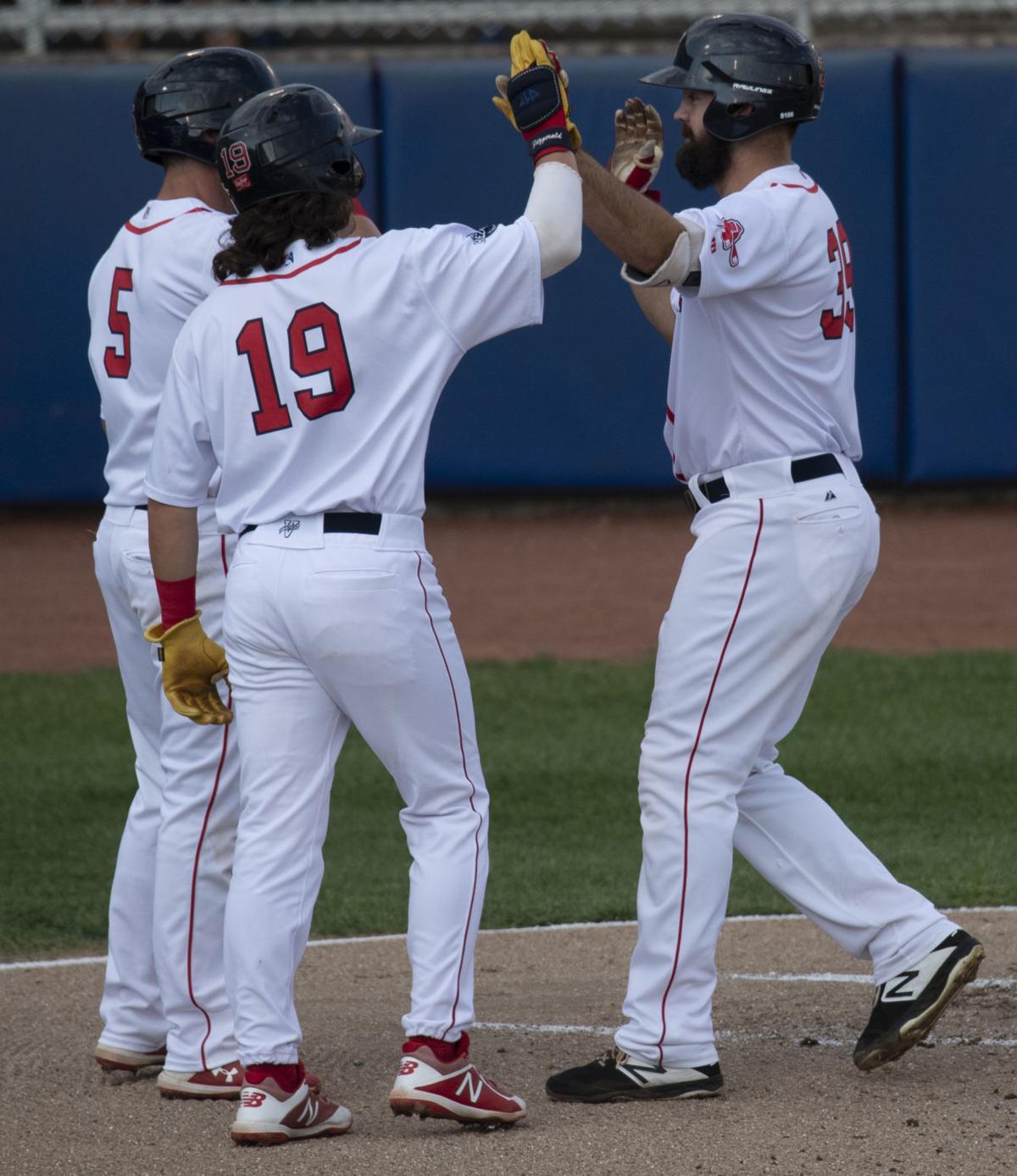 As part of the Salem Red Sox’s 2020 promotional schedule, there will be a “Nickelback Night” on June 5.

The sun sets over Haley Toyota Field in Salem during a Red Sox game against the Wood Ducks. Sports talk show host Dan Patrick and his cohorts on “The Dan Patrick Show” have been debating whether they should head to Salem for “Nickelback Night.”

As part of the Salem Red Sox’s 2020 promotional schedule, there will be a “Nickelback Night” on June 5.

When the Salem Red Sox came up with a “Nickelback Night” as part of their promotional schedule for this year, little did they know it would become a running topic of conversation on “The Dan Patrick Show.”

The nationally syndicated sports talk show (which airs in Roanoke on WPLY-AM 610) has been having some fun with the Carolina League baseball team’s planned salute to the polarizing rock band.

Patrick and his radio cohorts talked about it on at least three shows last week, even discussing the possibility of heading to Salem themselves for the June 5 game.

“This is kind of a minor league baseball team’s dream, to have somebody like ‘The Dan Patrick Show’ hop on board,” Salem Red Sox marketing and promotions manager Emily Wydo said in a phone interview. “That’s big stuff.”

Nickelback is a Canadian band that some people love — and others love to make fun of. Its 2001 hit “How You Remind Me” was even the subject of a “Saturday Night Live” sketch two years ago.

“My response to him was, ‘Do they deserve a tribute?’ ” Lawrence said with a laugh. “He went on to say people are really either passionately with them or passionately against them, and for that reason, it could make for a pretty good promotional night. So … we just kind of ran with it from there.”

A few weeks ago, the Salem Red Sox put their promotional schedule on Facebook. That is how “Nickelback Night” eventually came to the attention of “The Dan Patrick Show” operations director Patrick “Seton” O’Connor — one of the four staff members Patrick converses with during the course of his Connecticut-based show each morning.

“Seton brought up maybe a road trip for the show and I thought, ‘OK, where are we going?’ and he goes, ‘It’s Salem — I think Salem, Virginia,’ ” Patrick said on the air last Monday.

“Well, in New England, there’s like 37 different Salems, and if it’s the Salem Red Sox, oh yeah, it’s going to be up here in New England somewhere,” O’Connor interjected.

“And then I went, ‘Well, why am I going to Salem, Virginia?’ ” Patrick continued.

“They’re having a Nickelback Night coming up here in June,” O’Connor explained.

“Is Nickelback going to be there?” Patrick said.

“I don’t think so,” O’Connor replied.

“See, that’s the great part of it,” Patrick said. “If they’re there, then I don’t want to go. But if they’re not there, then that would be fun, to celebrate Nickelback. Finally, Nickelback gets to be celebrated.”

“I want to go to this so bad, and I’m not really sure why,” O’Connor said. “I’m not a Red Sox fan. I don’t feel like going all the way to Virginia. And I’m not a Nickelback fan, either. But man, does this sound like a fascinating evening.”

“It does,” Patrick replied. “I’d be curious how you celebrate Nickelback.”

Executive producer Paul Pabst then explained that he had checked out VisitRoanoke.com and learned that there would be a photo frame giveaway that night.

“I want to go there and just ask people if they’re there for baseball or Nickelback,” O’Connor said.

The crew then wondered how they would get to Salem, with Patrick explaining they could fly to Roanoke.

After learning that Patrick and company were talking about the Salem Red Sox, Wydo phoned into the show later in the broadcast and was put on the air.

She invited Patrick and the staff to come to Salem, and offered the use of a suite. Patrick said he would consider a visit if the team sent the show a Salem Red Sox jersey.

Roanoke College baseball coach Matt McGuire and some of his former players heard Monday’s show and had a group text chat about what they could do to entice “Dan and the Danettes,” as they refer to themselves on the program, to come to Salem.

So on Wednesday, former Roanoke College pitcher Matt Franklin called into the show and was put on the air. He said his coach would put Patrick and company up at the Hotel Roanoke if they came for “Nickelback Night.” Patrick emphasized that there were five of them and they would want more than just one room.

The crew researched The Hotel Roanoke online and was suitably impressed.

McGuire is indeed willing to foot a Hotel Roanoke bill.

“If it gets the Danettes down, we’ll put them up in two rooms for a night or two,” McGuire said in a phone interview. “Anything to get D.P. down. That’d be really cool.”

The Salem Red Sox fulfilled Patrick’s wish for a jersey. The show, which is now simulcast on YouTube after having previously been simulcast by NBC Sports Network and DirecTV’s Audience Network, displayed the jersey to its YouTube viewers Friday.

Pabst asked if it were a greatest hits album.

The Salem Red Sox have emailed and tweeted at Nickelback to see if the band wants to attend the June 5 game (assuming the coronavirus-delayed baseball season has begun by then) or could at least send in a video message to be shown on the team’s video board that night. The team has not received a response.

But perhaps Patrick and company will be there that night.

“If ‘The Dan Patrick Show’ shows up, I think Salem would explode,” Wydo said.

As for the frame giveaway that night?

It will be an empty frame, with no photo of Nickelback included.