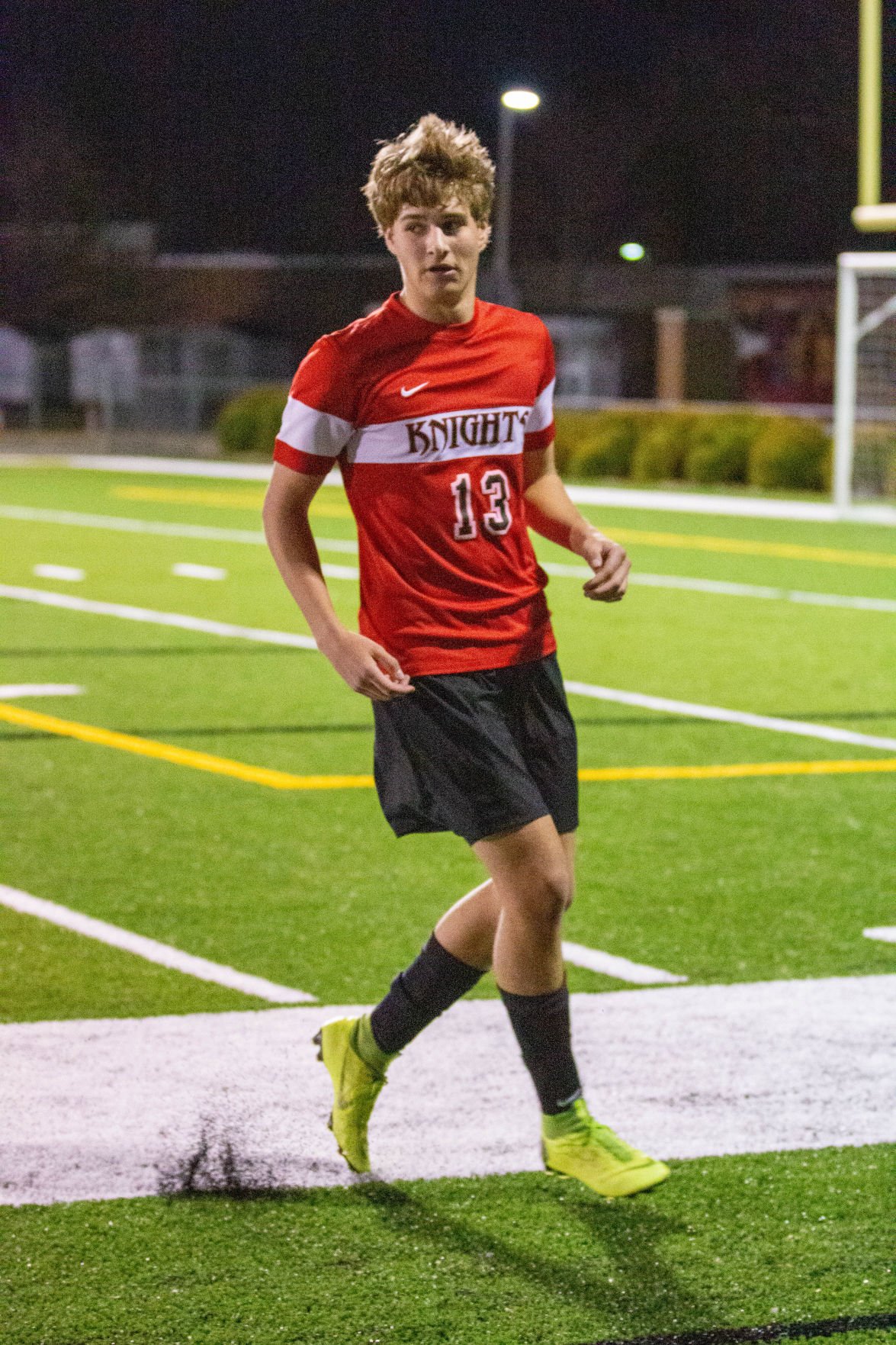 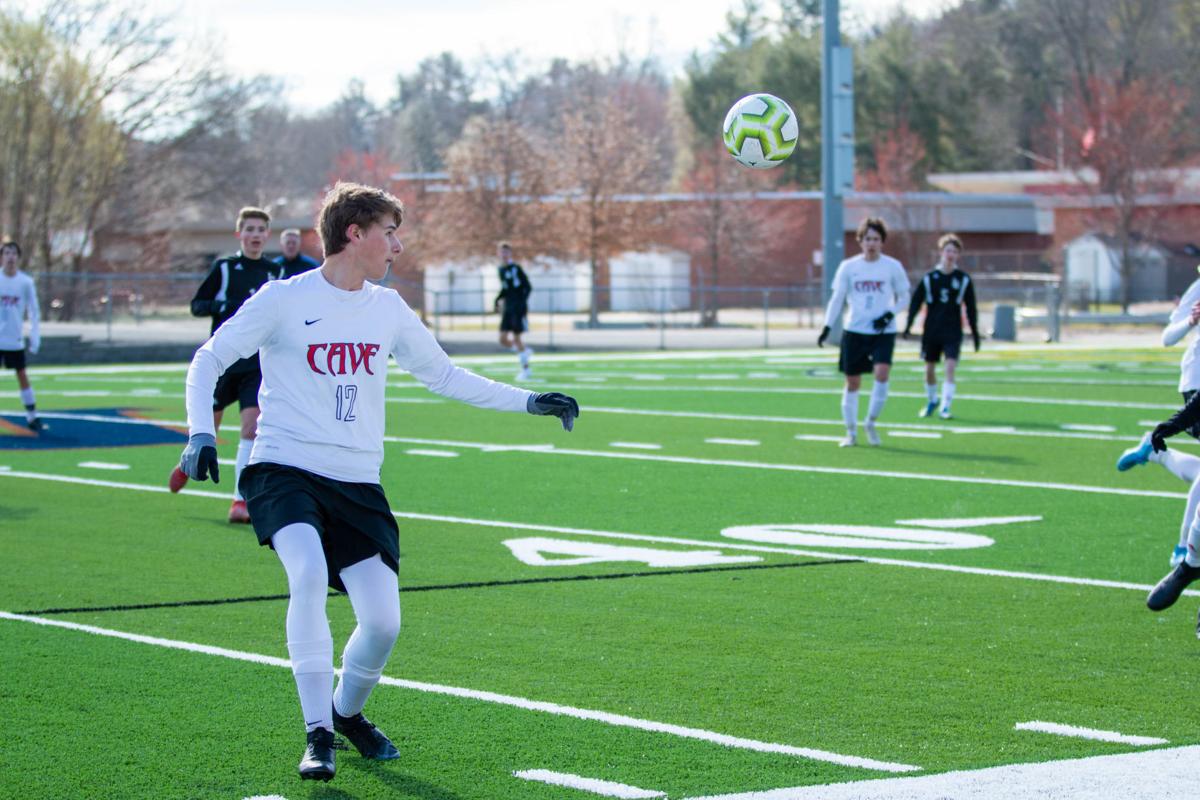 Will Henritze plays during a preseason boys soccer game between Cave Spring and Lord Botetourt. 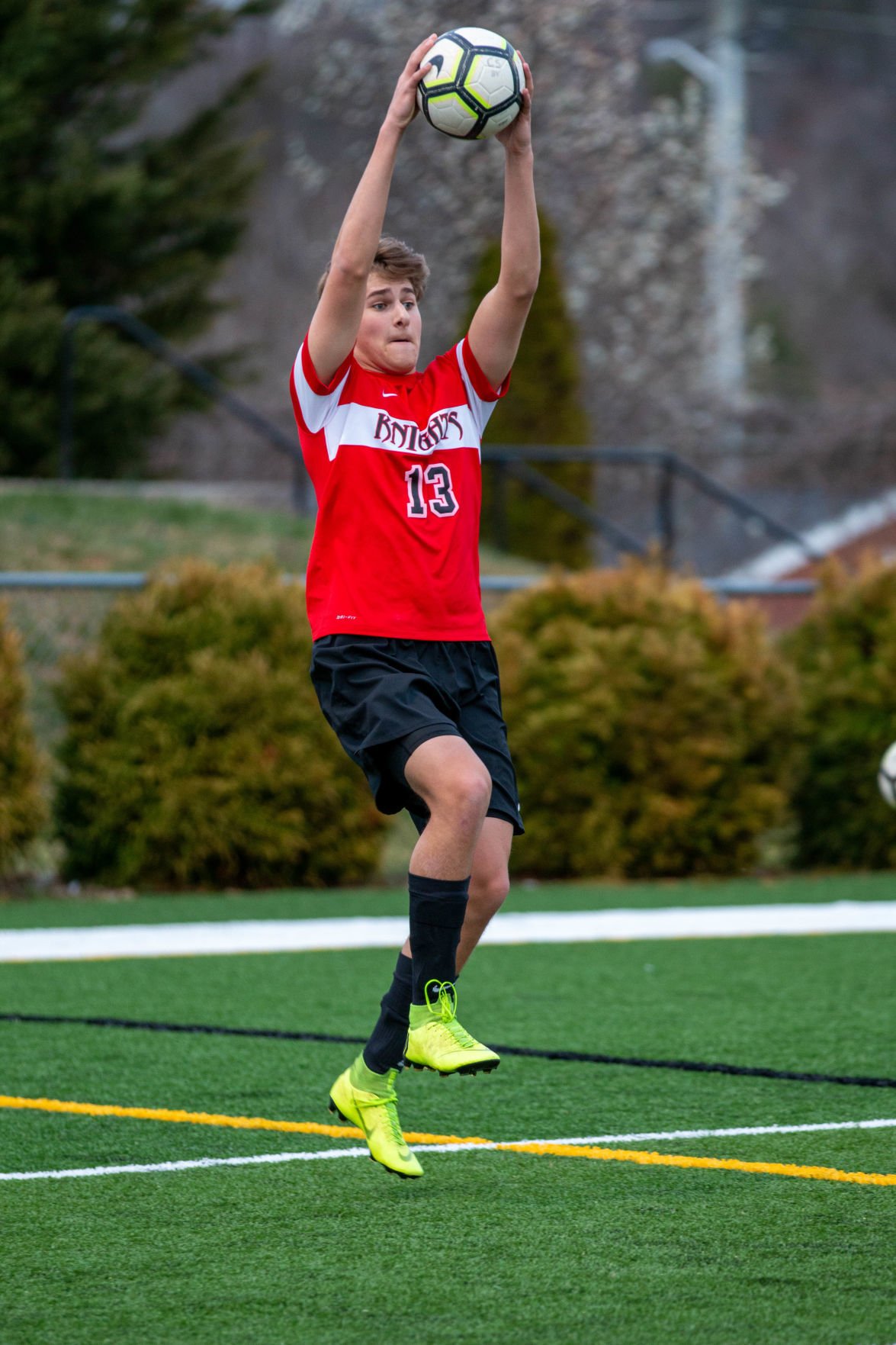 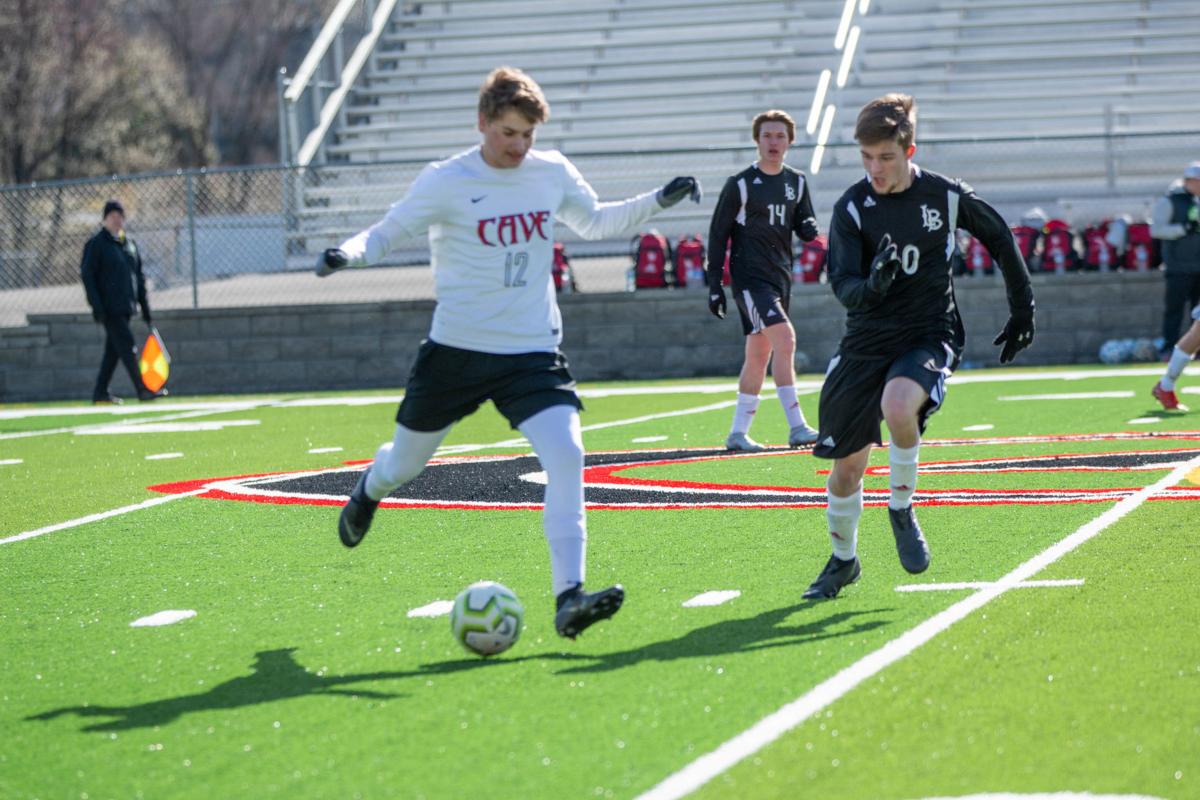 Will Henritze (12) during a preseason season boys soccer game between Cave Spring and Lord Botetourt.

Will Henritze plays during a preseason boys soccer game between Cave Spring and Lord Botetourt.

Will Henritze (12) during a preseason season boys soccer game between Cave Spring and Lord Botetourt.

The safest approach, their Cave Spring boys soccer teammates learned, was just to call them “Henritze.”

Nick Henritze wears neon cleats, while Will Henritze sports black ones. Will has a small mole on his neck; Nick doesn’t. Other than that, the two identical twins are virtually indistinguishable, even to those who’ve known them for years.

Both were three-sport athletes, playing golf under their coaching father, Andy, in the fall, followed by swimming in the winter and soccer in the spring. Both earned their Eagle Scout badges within the past year. Both stand 6 feet tall, weigh about 165 pounds and have the same haircuts and mannerisms.

Both plan to study business in college — Will at Virginia Tech, Nick at James Madison or Tech — depending on whether he gets off the waiting list at the latter. And each is the type of teenager any parent would be proud to have raised.

“Gosh, they’re just a joy to be around,” Cave Spring soccer coach Brad Collins said. “They are leaders. They’re mature. They make great decisions on the field and off the field. They’re just exactly the kind of guys that you want representing your soccer program.”

Will jokes that being an identical twin is “about 90% great and about 10% annoying from time to time.” The main frustration comes when somebody mistakenly calls him Nick, but he’s used to that by now.

It’s a paltry price to pay for all the benefits.

“There’s always someone to do stuff with,” Will said. “We’re never alone. Just having a best friend around and never being lonely is a big part of it.”

That’s been particularly comforting over the past month, as the coronavirus pandemic has knocked everyone out of alignment. The Henritze brothers were two of 11 seniors on a talented Knights boys soccer squad that, two years removed from a state championship, had designs on another long run.

Collins had moved Will from the midfield to outside back — the position Nick also played last year.

“They were going to bookend our defense, which is pretty cool,” Collins said. “They’re just good athletes with good size and good strength. They don’t get pushed around, and that was going to be awesome for us having them on the back line, just being very physical defenders and ball-winners.”

Instead, they spent the first week of the school shutdown in March practicing with teammates, hopeful for a resumption of a season that looked increasingly unlikely every day. Last week, the VHSL officially announced the cancellation of all spring sports.

Will said the team was “crushed” at the initial stoppage. Nick, who was part of a rotation at outside back last season, had been looking forward to playing some entire games while building defensive cohesion with his brother.

“We were both really excited,” Nick said. “Last year, when I was left back and Will was left mid, we’d get a few combos going on; that was always exciting. And then having us both in the back, it was really good. There was a sense of reliability there.”

Will and Nick have leaned on their favorite sports throughout the pandemic. They’ve played frequent rounds of golf at Hunting Hills Country Club, which has remained open. They also play one-on-one games of backyard soccer, using the goal they got as a Christmas present.

Both are thankful that they got to enjoy senior seasons in golf and swimming — a luxury that single-sport spring athletes did not have.

The team has kept in touch with Collins and each other through virtual meetings. They’ve talked about their futures — all 11 Cave Spring boys soccer seniors are pursuing higher education somewhere next year — and new hobbies they’ve picked up while stuck at home.

Rest assured, if one of the Henritze brothers discovers a new interest, the other one probably will share it soon. That’s all part of the 90% that’s great, even in challenging times.

“That first week or two was really tough, and I know we were all sad,” Will said. “But we all started to, I guess, get over it while still thinking about it at the same time. Just come to terms with it and accept it.”