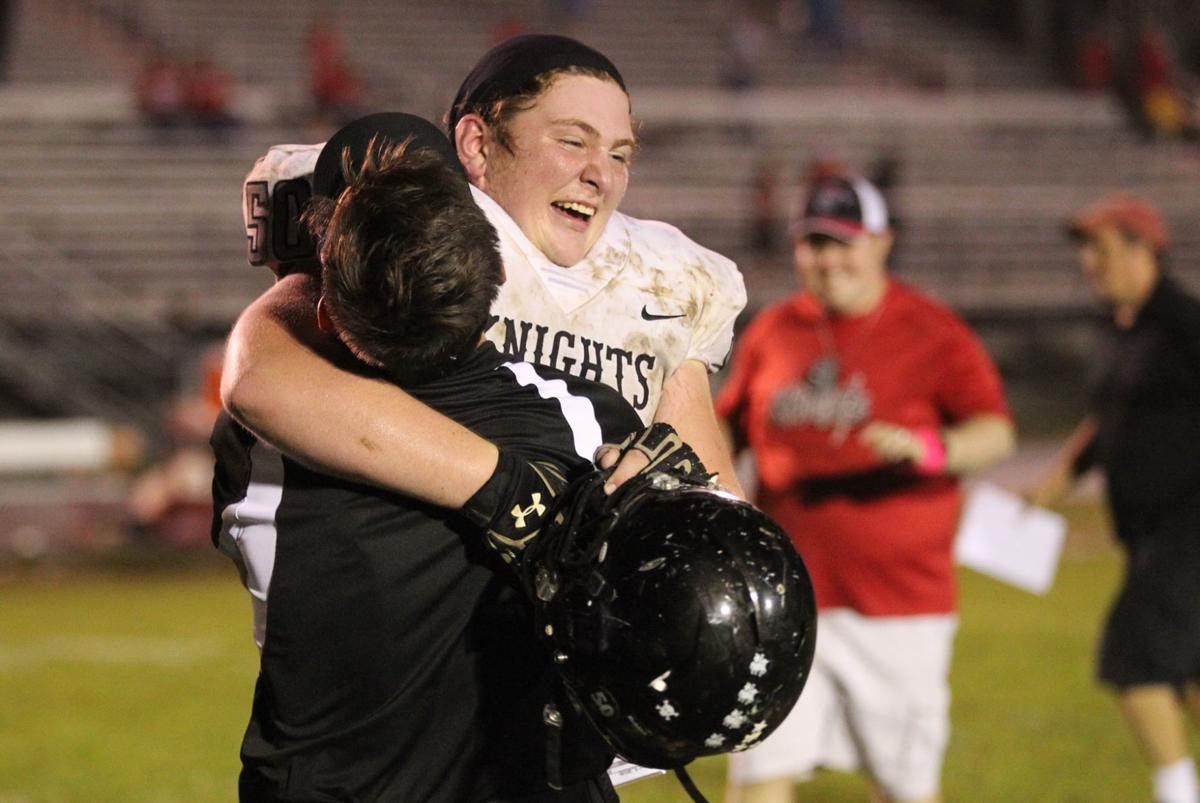 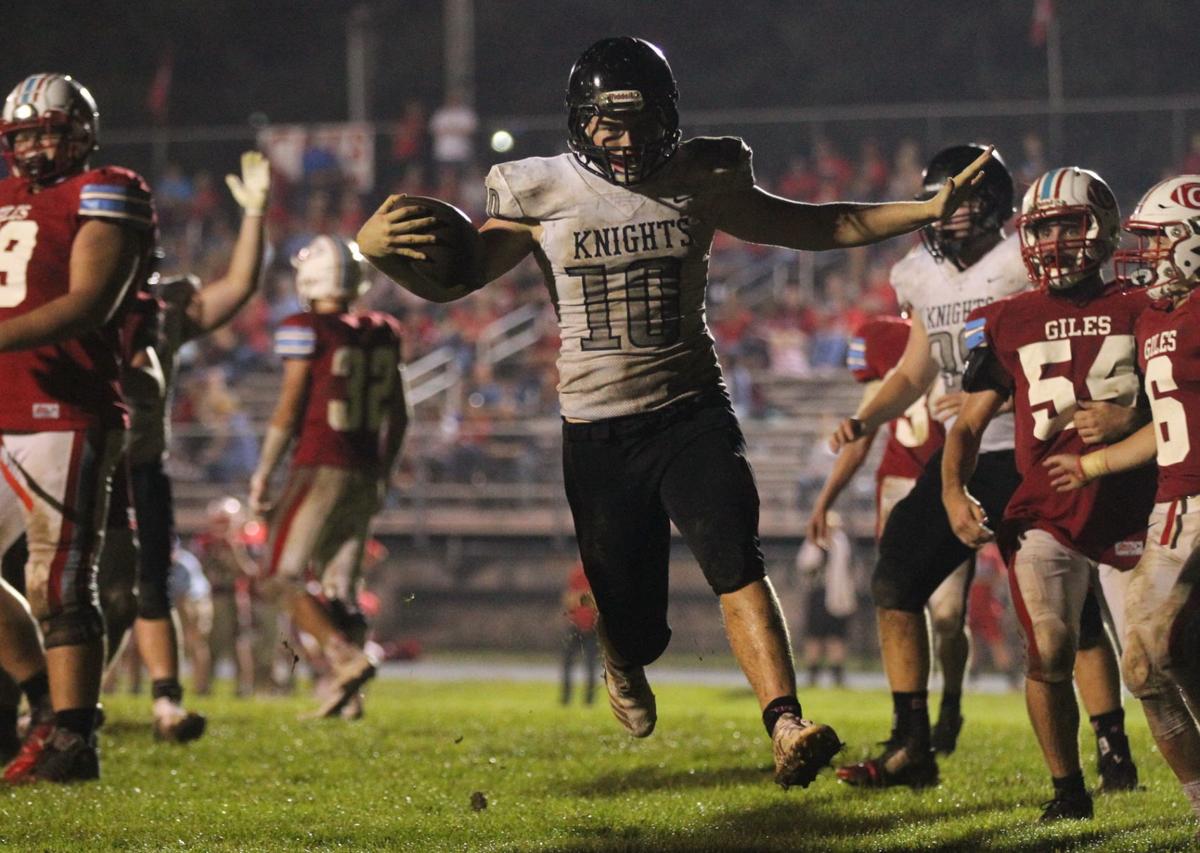 James River’s Luke Peay scores on a 2-point conversion in the fourth quarter against Giles on Friday night.

James River’s Luke Peay scores on a 2-point conversion in the fourth quarter against Giles on Friday night.

PEARISBURG — A lot of football teams have made the trek to Giles High School and found themselves in a position similar to James River’s as halftime approached Friday night.

Few, however, have ever responded like the Knights did.

Coulter Hodges’ 28-yard touchdown pass to Dyllan McAllister with just 23 seconds left capped off a remarkable comeback by James River as the Knights overcame a four-touchdown first-half deficit to knock off Giles, 36-28, in a Three Rivers District shocker.

Tied at 28 and facing a fourth-and-13 from the Giles 28, James River elected to keep its offense on the field — and the decision paid off.

Hodges bought time by rolling to his right before launching the ball to a wide-open McAllister in the back of the end zone, giving the Knights their first lead of the night.

“I had all the faith in the world that [Hodges] would get the ball to me,” McAllister said. “He threw a perfect strike and I got my feet down.”

“I rolled out and had three receivers on the play, and Dylan got open and made a play,” Coulter said.

The touchdown pass finished off an incredible night for the senior quarterback, who threw for three touchdowns while running in two more. He compiled 156 passing yards in the contest while also running for another 132.

Before the rally began, James River (5-1, 1-1) did not give much indication the night would involve anything but home team cruising to its fourth victory of the season.

Running back Chase Fleeman scored on a 50-yard touchdown catch at the 7:30 mark of the second quarter to give the Spartans a 28-0 lead.

Giles (3-4, 1-2) even had a chance to increase the lead before halftime, but running back Dominic Collini lost a fumble at the Spartans’ 48 late in the second quarter.

The Knights quickly turned the turnover into points as Hodges scored on a 3-yard TD run six plays later to cut the deficit to 28-7 going into the locker room.

“We went into halftime and did some soul searching,” Phillips said.

The Knights opened the second half with Coulter hooking up with River Clonch on a 42-yard flea-flicker to cut the lead to 28-14 with 3:59 left in the third.

Coulter and Clonch connected again early in the fourth on a 7-yard touchdown pass to make it 28-20 at the 10:03 mark . After drawing the Spartans offside on the extra-point attempt, the Knights went for two and were successful to make it 28-22.

After James River’s defense forced a three-and-out, the Knights finally got even with 6:01 left in the game when Coulter ran in from three yards out . The ensuing extra point attempt by Clonch was blocked, keeping the game knotted at 28-28.

Friday’s victory was only the second time that James River defeated Giles in football. The the other came 1981 — before the Knights’ 29-year-old coach had been born, let alone any of his players.

That, though, wasn’t what impressed Phillips the most.

“It’s not so much beating Giles, but the way we won holding them scoreless in the second half,” Phillips said. “It wasn’t one person or two people, but a team effort. I love every one of them.”

After scoring 28 points in the first 24 minutes, Giles’ single-wing offense was held to just 56 yards and no points in the second half.

“We just got into some situations where we had to make some plays and they had confidence in the second half,” Giles coach Jeff Williams said. “We just got to get a little better. We have to work harder in practice and go from there. I think we got a little gassed and tired.”