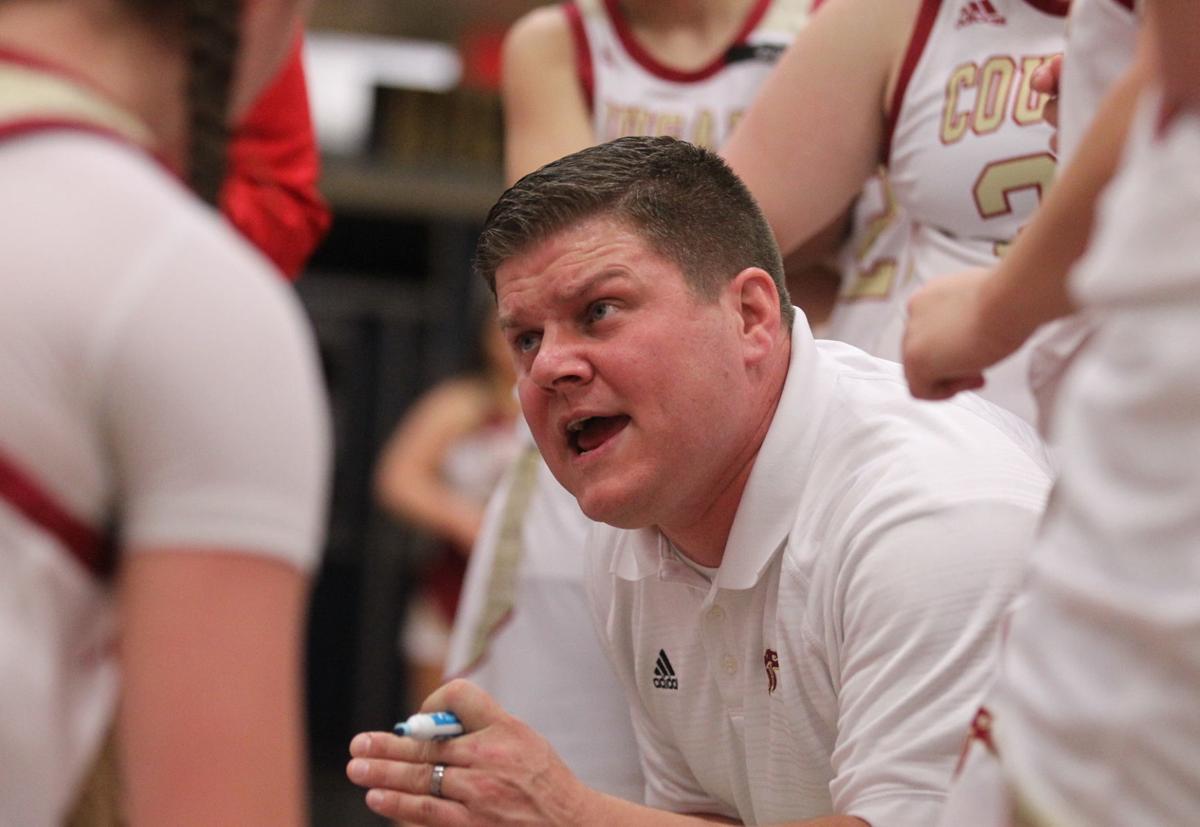 Pulaski County head coach Bradley Sutphin talks with his team during a break against Millbrook in the 2020 Class 4 girls state quarterfinals. 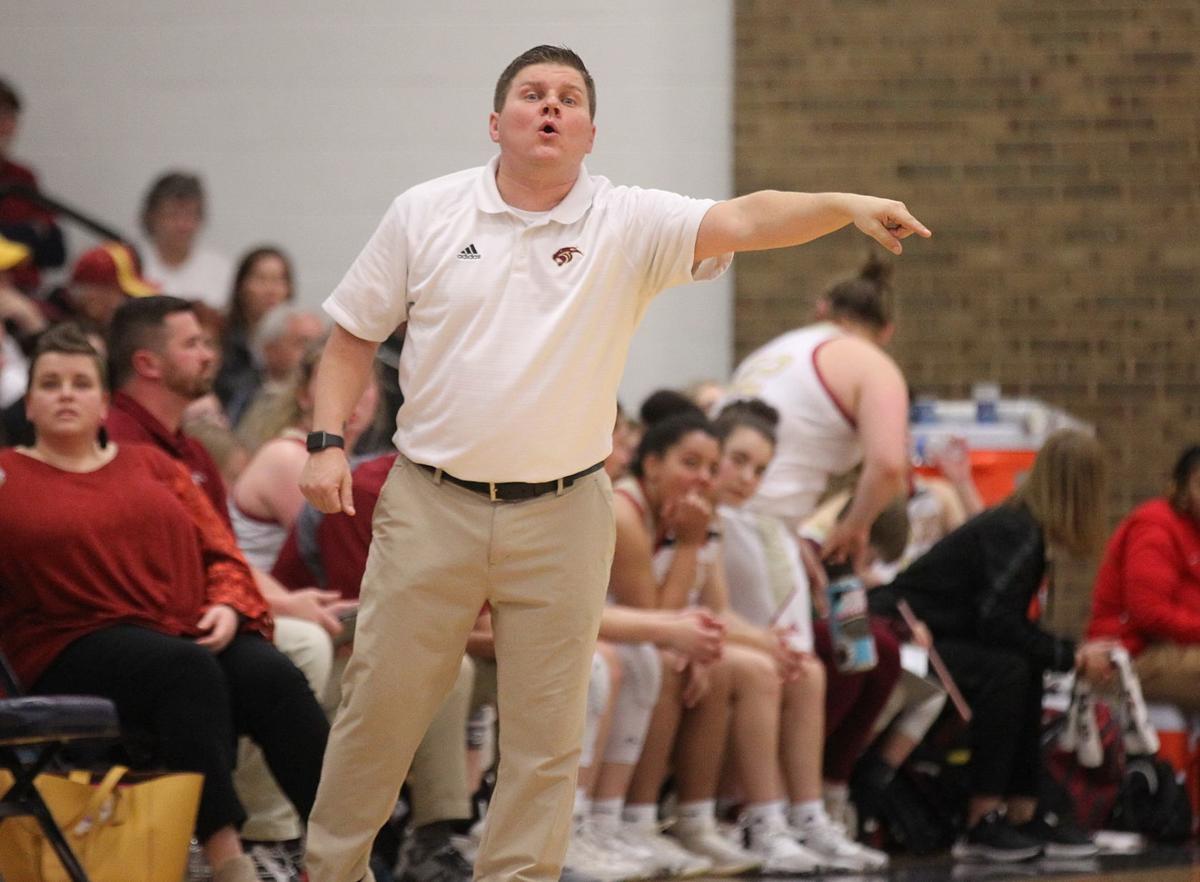 Pulaski County head coach Bradley Sutphin talks with his team during a break against Millbrook in the 2020 Class 4 girls state quarterfinals.

A prominent figure has a left a Pulaski County High School head coaching job for the second time in less than one week.

Bradley Sutphin, who took the Cougars’ girls basketball program to a VHSL Class 4 runner-up finish in 2019, has resigned to take the girls head coaching position at Narrows High School.

Sutphin coached Pulaski County to a VHSL Class 4 runner-up finish in 2018-19 as the Cougars went 22-9 and lost to powerhouse Lake Taylor in the state final.

Pulaski finished 21-7 this season, sweeping through the River Ridge District regular season with a 12-0 mark before winning the Region 4D title and eventually falling to Millbrook in a Class 4 state quarterfinal.

Sutphin lives in Giles County, where his wife teaches at Narrows Elementary School. Two of his children also attend the elementary school.

“It was an opportunity for me to come and be close to my kids,” Sutphin said.

Sutphin, whose four-year record at Pulaski was 59-47, has mixed emotions about leaving the Pulaski County program that produced 43 victories and back-to-back state tournament appearances.

He informed his Pulaski County players of his decision Monday, via a Google connection.

“It was really a hard, hard decision,” he said. “It was tough to meet with the girls and break that news to them. I tried to be a good role model in their program and teach family first, and my family has to come first.

“I’m so thankful for what we were able to do at Pulaski. I say, ‘We,’ but I told the girls today our success doesn’t happen without them. I’m so grateful for the support we had.”

Sutphin spent six years as a teacher at Pulaski County and one season as the Cougars’ assistant coach. He is scheduled to teach business at Narrows.

He was the girls basketball head coach at George Wythe for four seasons prior to coming to Dublin.

“I know that there’s been some tradition there, that hopefully we can get in there and continue,” the new coach said.

“I got to a couple games because my kids go to school here. When you go to games with your kids you don’t exactly get to watch a lot of game.”

“I’m used to … 45 minutes to Roanoke and back,” Sutphin said. “Some of these are a good two hours and back.”

James will take a teaching job at his alma mater, George Wythe.