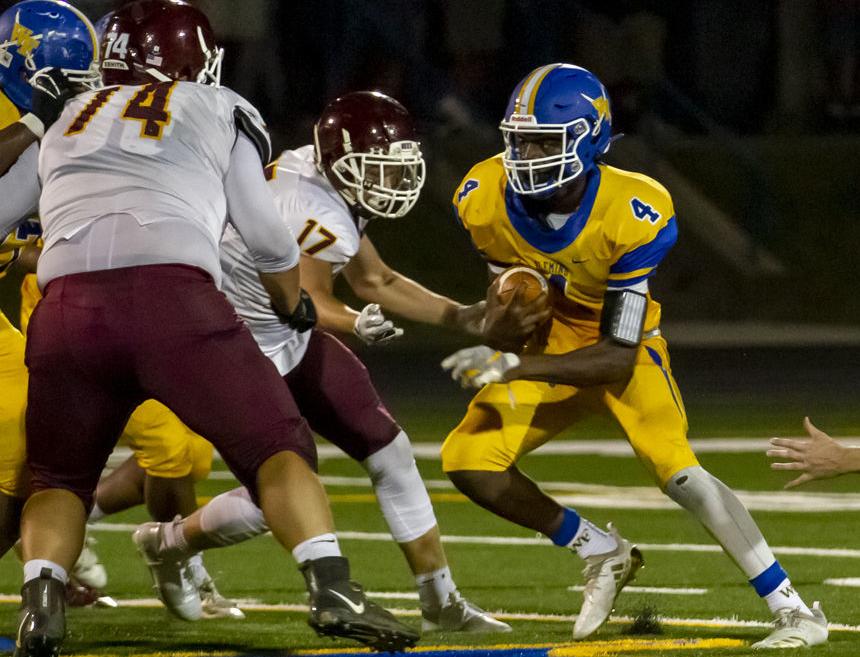 William Fleming’s Deaquan Nichols (center) fights for yards against Brookville during the 2019 football season. Nichols will join JMU’s program as a recruited walk-on. 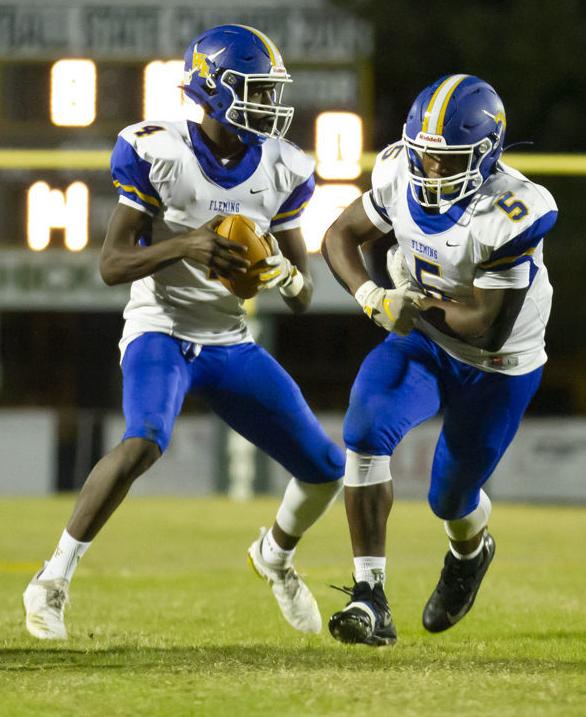 William Fleming’s Deaquan Nichols (center) fights for yards against Brookville during the 2019 football season. Nichols will join JMU’s program as a recruited walk-on.

He is ready to concentrate on just one or two.

Nichols will do it at James Madison as the 6-foot-4, 195-pound senior has accepted a full academic scholarship to JMU and will join the two-time FCS national championship football program as a recruited walk-on at free safety or wide receiver.

Nichols’ athletic and academic prowess earned him some preseason interest from Ivy League schools, but when JMU offered him a spot on the roster, he readily accepted.

“On my visit JMU just felt like home,” he said. “It’s a really nice school. I love it.”

Nichols was Fleming’s starting quarterback in 2019, passing for 986 yards and eight touchdowns. He also caught five TD passes along the way.

He also played wide receiver and free safety, as the Colonels finished 4-8 in Jamar Lovelace’s second season as head coach.

He said JMU will look at him on the defensive side first.

“As of now it’s safety, but that’s up in the air,” Nichols said. “That could change, my freshman year on campus.”

Lovelace is high on Nichols’ future.

“I think he has great upside,” the Fleming coach said. “Receiver is probably his best position and that’s what he’s played the least.”

Nichols said JMU defensive backs coach Eddie Whitley, who spent the previous three seasons on the staff at Division III Bridgewater, contacted him after he was hired by Dukes head coach Curt Cignetti.

“Coach Whitley, as soon as he got to JMU, he contacted me immediately,” Nichols said.

Nichols’ college career will begin soon, on the academic side. He will begin a paid research project later this month, but not in Harrisonburg because of COVID-19 restrictions.

“I’m going to start online in the next couple weeks,” he said. “If everything opens up, I’ll be on campus.”

Nichols was part of a Fleming senior class that went from a 0-10 record in 2017 to last year’s 4-8 mark that included a 20-17 Region 5D playoff win over Harrisonburg, the Colonels’ first postseason victory since 2003.

“We definitely got us back on the right track,” Nichols said. “Nobody expected it and we did it. Hopefully our upcoming classes can do the same thing and get even further.”

Lovelace said Nichols is a strong ambassador for William Fleming football at the next level at JMU.