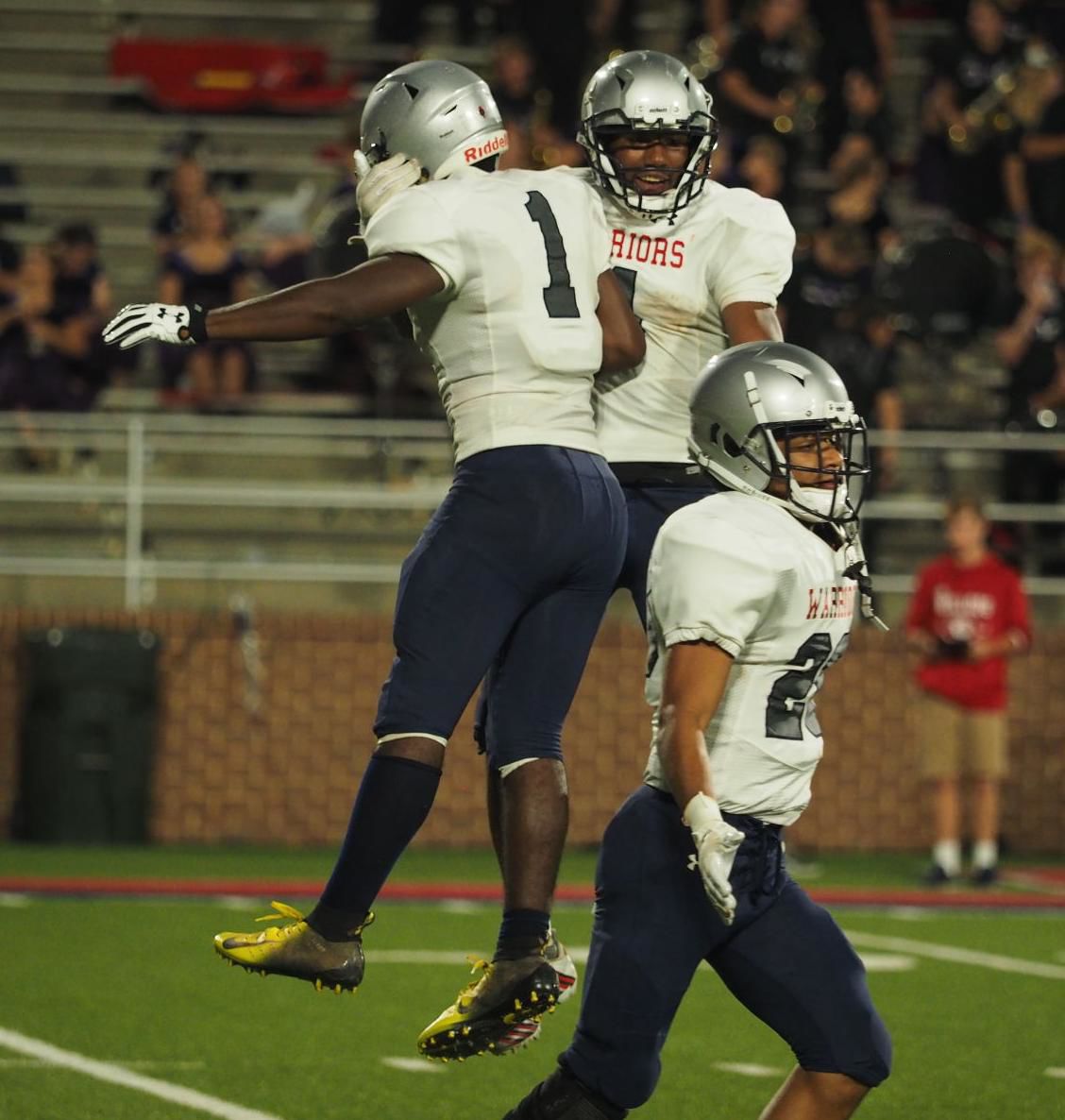 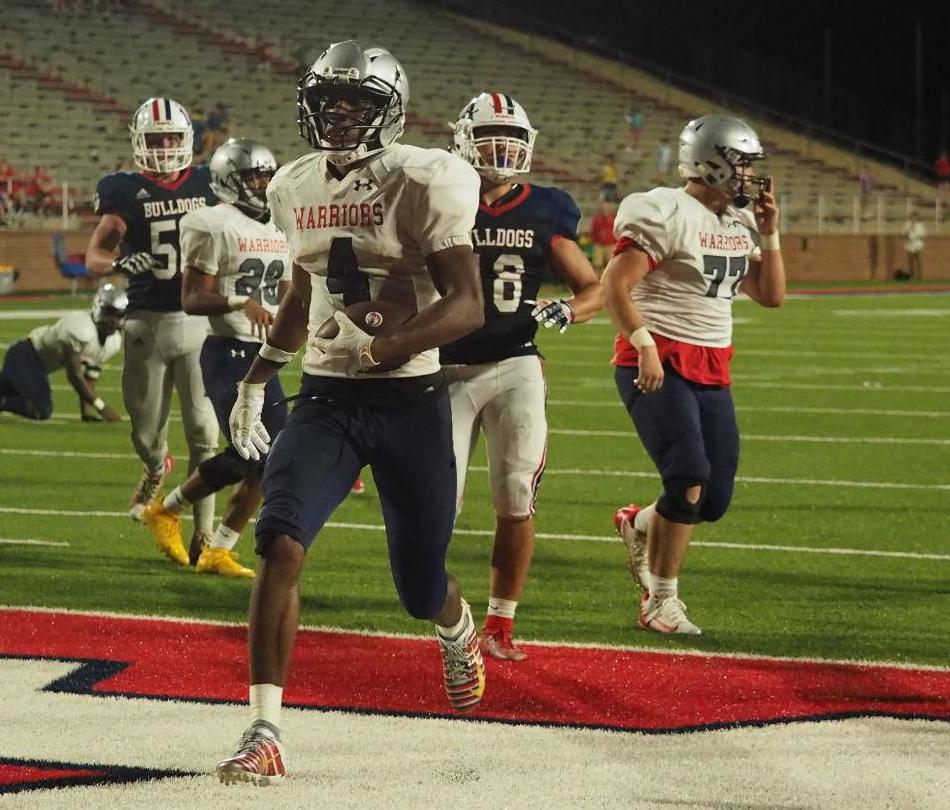 Magna Vista running back Louis Taylor scores one of his five touchdowns during last Friday’s win over Liberty Christian at Liberty University’s stadium.

Magna Vista running back Louis Taylor scores one of his five touchdowns during last Friday’s win over Liberty Christian at Liberty University’s stadium.

Magna Vista claimed back-to-back VHSL Division 3 state championships in 2014 and 2015 at LU, and Friday the Warriors returned to Lynchburg for the season opener against Liberty Christian.

“I like playing there,” Magna Vista coach Joe Favero said.

Taylor likes Williams Stadium so much, he decided in June he would spend the next four or five years there.

After a one-day camp at Liberty on May 31, Taylor received a scholarship offer from the second-year FBS program.

He committed to the Flames in a flash.

It is impossible to drive by Liberty’s campus on almost any day and not see a construction crane.

Williams Stadium recently was expanded and the upgrade continues.

“They’re building tremendously,” said Taylor, who was recruited to play free safety. “Everything there is new. The environment there is great. Everything you want there is on campus.”

Liberty’s tryout camp came one day before Taylor competed in the 200 meters at the VHSL Class 3 outdoor track and field meet on the Lynchburg campus.

Taylor ran track as a junior for the first time, a move heartily endorsed by Favero.

“Louis focused on track all spring and got a lot faster and stronger,” said Favero, who needs three more victories to reach 100 for his career at the Piedmont District school. “He went from being kind of a lanky kid to a big muscular kid who can really run.”

“More guys should do it,” he said. “I mean, that’s your conditioning, your speed.”

Taylor said he injured an ankle at school just before Liberty’s one-day camp, leaving him on edge.

“I was kind of nervous at first,” he said. “But I realized I had to do what I had to do to leave there with an offer.”

While Liberty has been the only FBS or FCS program to give Taylor an offer, Favero thought the Warriors’ star would perform well enough in front of the Flames’ coaches to make a favorable impression.

“I thought he had a shot because he looks the part,” Favero said. “He fits the mold, and he can run.

“We’ve had a number of kids move on. You kind of know what the coaches are looking for. Speed and size, he fits in.

“Right now, we’re needing to play him at [cornerback], which is a little different. Louis is a football player. He’ll get in there and learn what they want to do.”

Taylor will get an early start on his college career. He plans to graduate in December and enroll at Liberty in January. To do so, Taylor said, he dropped from an advanced to a standard diploma so he could fit the required classes into his schedule.

“When I committed, we discussed it and they felt it would be best for me to leave early,” he said.

Taylor got a first-hand look at Liberty’s team Saturday under first-year coach Hugh Freeze when he returned to campus Saturday and watched the Flames lose 24-0 to Syracuse in the season opener.

“It was a pretty good game,” he said. “If you just looked at the score, you would think they didn’t belong on the field. But they played. They just didn’t capitalize.”

After spending Friday and Saturday at Williams Stadium, Taylor left Lynchburg with a comfortable feeling.

“I was thinking I was home,” he said. “At the end of the day, I’m not there yet. I’m still at Magna Vista, so we’ve got to keep the team winning.”

Since the Warriors won the 2015 championship, Magna Vista’s victory total has dropped each year. The 5-6 mark last year was the program’s first losing season since Favero’s first team finished 0-10 in 2008.

Taylor knows Magna Vista’s history. His father was a star running back for the Warriors. His grandfather played football for Drewry Mason High, one of the two schools that consolidated to form Magna Vista in 1988.

Taylor said he already sees a difference in this year’s team, which has 27 seniors on the roster.

“Mostly leadership,” he said. “Getting everybody on the same page is the big thing. Last year we were here, we were there.”

What about it, Mr. Taylor? Are you ready to lead before you leave?