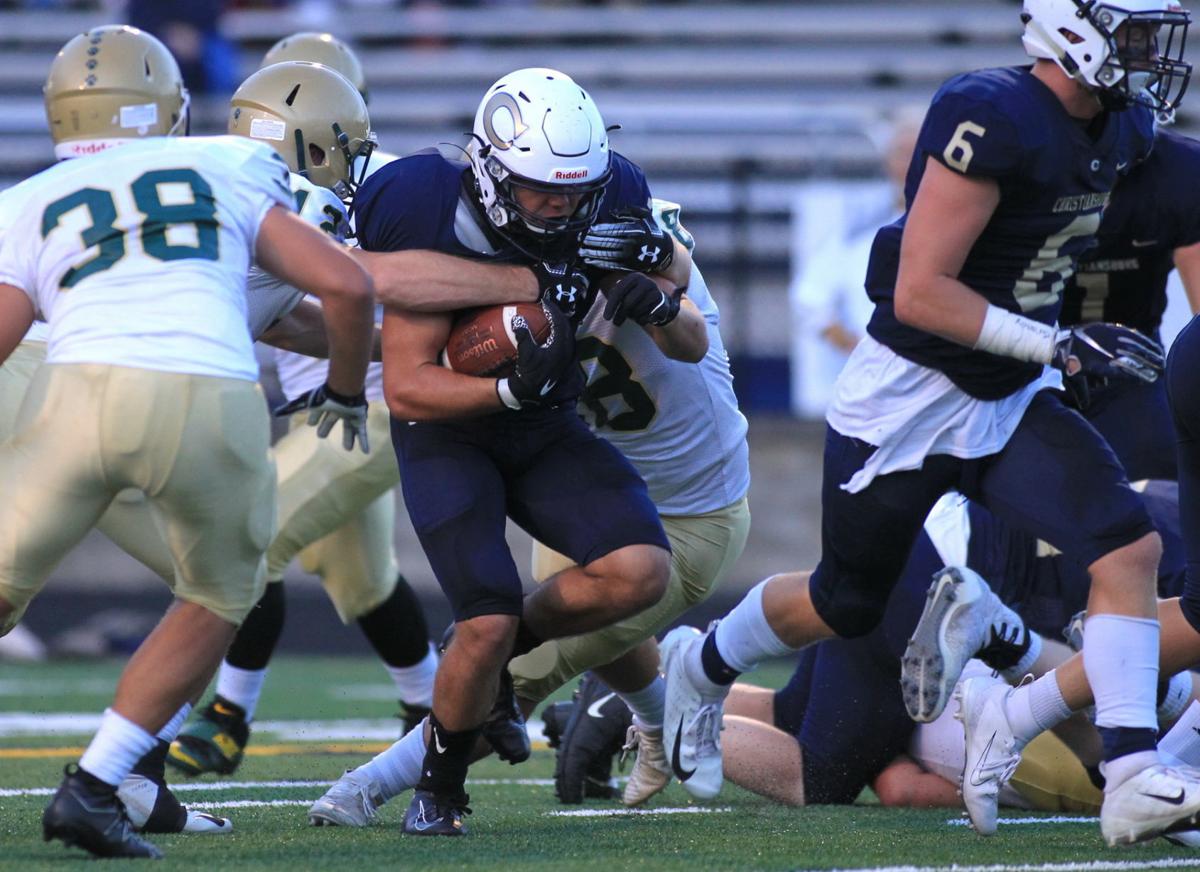 Christiansburg's Maston Stanley (with ball) ranks No. 1 in Timesland in total tackles and fifth in rushing. 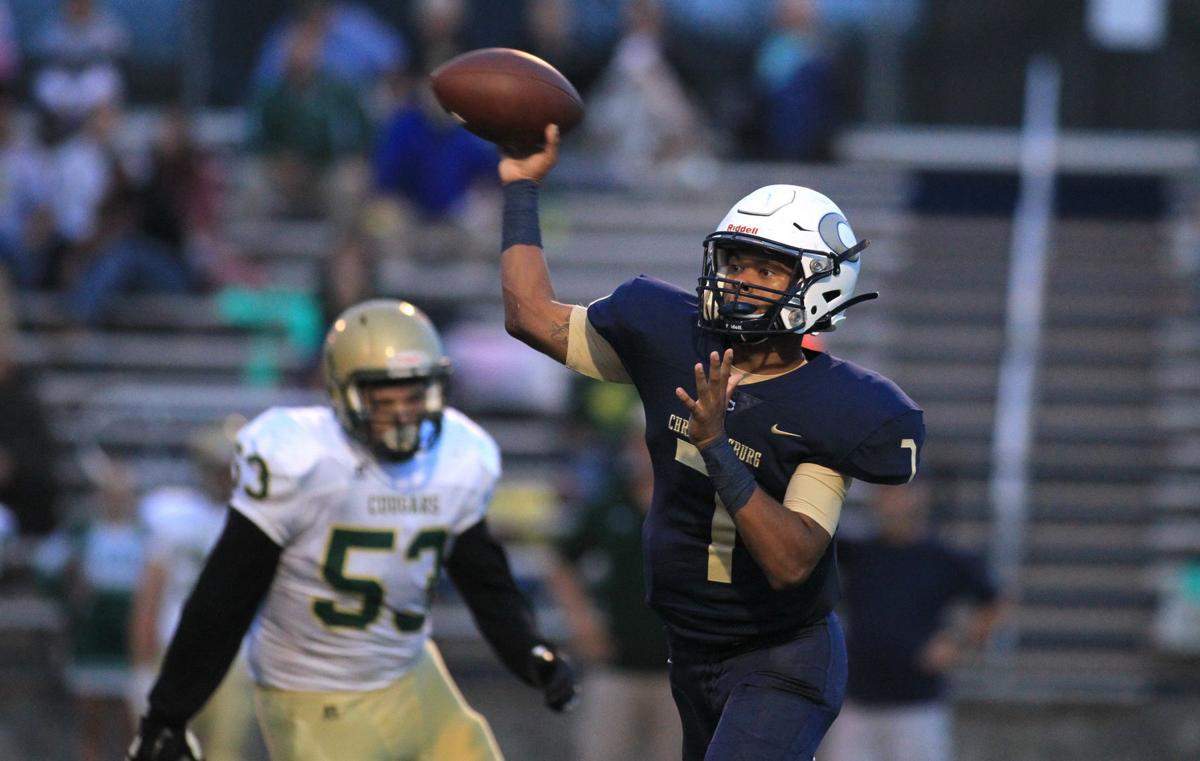 Christiansburg's Maston Stanley (with ball) ranks No. 1 in Timesland in total tackles and fifth in rushing.

CHRISTIANSBURG — It’s been quite the reversal of fortune for Christiansburg so far in 2019.

After finishing 0-10 just two years ago, the Blue Demons improved their record to 3-0 with a 48-14 victory over Patrick County on Friday night at Christiansburg High School.

“I’m so happy for the kids. They bought in and their work effort never wavered. I’m really proud of them,” Christiansburg coach Alex Wilkens said of his squad’s turnaround.

The Blue Demons wasted little time getting out front Friday as quarterback MJ Hunter connected with Trevor Simpkins on a 41-yard touchdown pass to cap off Christiansburg’s opening drive and make it 7-0 at the 8:49 mark of the first quarter.

“Our game plan was really good,” Hunter said. “We wanted to come out fast, and I was able to hit him [Simpkins] on the fly.”

Christiansburg doubled its lead on its next possession when running back Maston Stanley scored on a 3-yard TD run up the middle to make it 14-0 with 3:57 left in the opening quarter.

Patrick County (1-2) would get on the board on the first play of the second quarter when running back Daeshawn Penn broke loose on a 33-yard scoring play to make it 14-7.

Christiansburg, though, quickly answered as just two minutes later halfback Drew Lloyd scored on a 46-yard run to move the Blue Demons back ahead by two touchdowns.

It was Lloyd’s only run of the evening.

While Christiansburg led 21-7 at halftime, the Blue Demons’ real domination didn’t begin until the third quarter. In the second half on three separate drives, Christiansburg needed only one play to score as they wore down the Cougars’ defense.

“I’ve got to give the credit to our offensive staff. They made a couple of adjustments alignment-wise and we scored about every time we got the ball,” Wilkens said.

The big plays began on Christiansburg’s first play from scrimmage in the second half when Hunter scored on a 61-yard run to make it 28-7.

“That first play of the second half really hurt,” Patrick County coach David Morrison said. “We got out of position, and when you get out of position against an athlete that good then you’re asking for trouble.”

Things didn’t get much better for Patrick County on its first offensive play of the half when quarterback William Sprowl lost a fumble at the PC 15-yard line and Christiansburg’s defense recovered it. Two plays later, the Blue Demons made the Cougars pay as Kenyon Johnson-Buchannon scored on a 15-yard run to make it 35-7 just 36 seconds into the second half.

Christiansburg also was able to show off their depth on offense as six different players scored the Blue Demons’ seven touchdowns.

Penn, who led Timesland in rushing yards after the first two weeks of the season, finished with a game-high 163 yards and two touchdowns on 20 carries for the Cougars.

“We knew he was a good back and that he would get a bulk of the carries,” Wilkens said. “He’s a big back and it usually takes more than one to get him down.”

Even with a win Friday, Christiansburg’s players said they realize they still have a lot more work ahead of them.

“It feels good, but like our coaches said, we can’t drink the juice,” Hunter said. “We’ve got to stay humble and unsatisfied.”