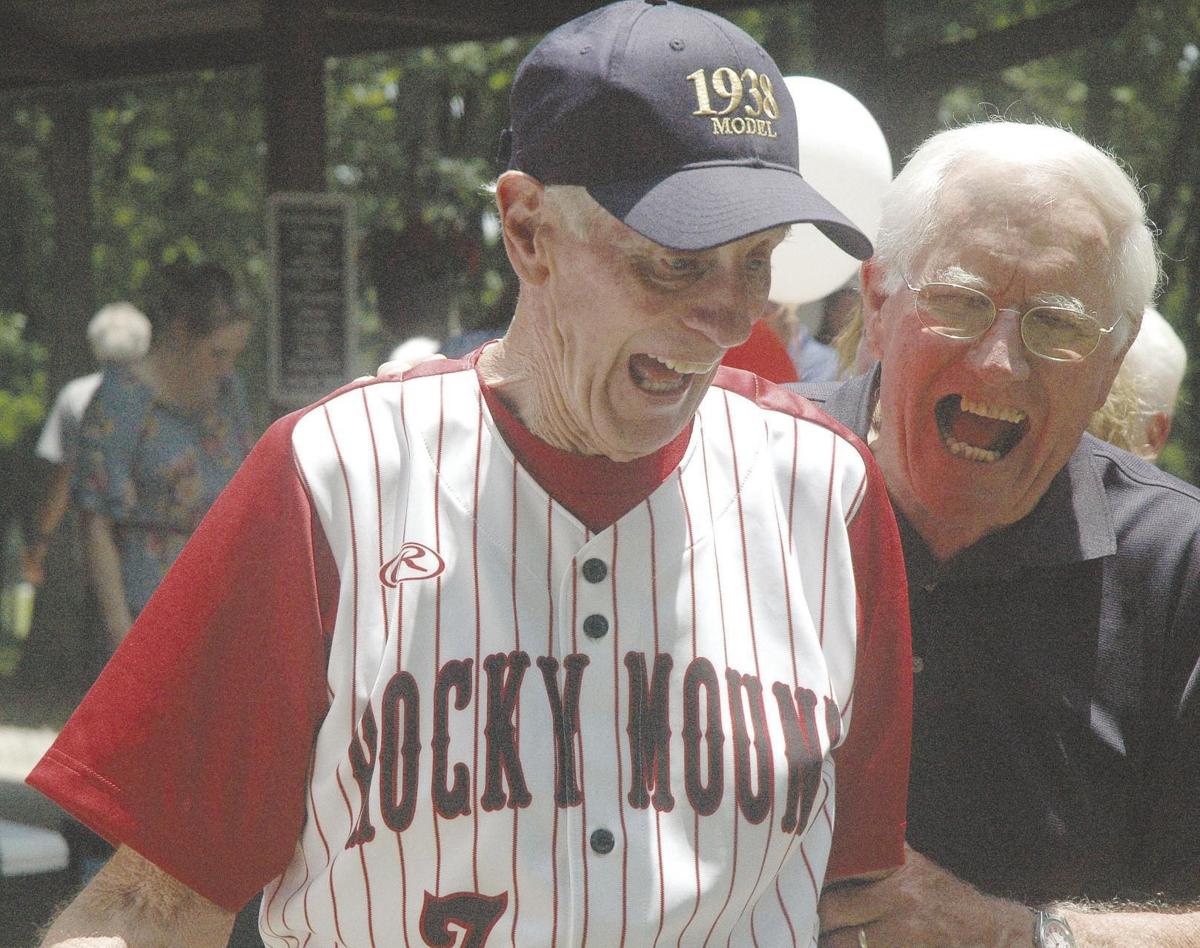 Alvin Hall (left) is joined by Ronnie Doyle as he celebrated his 80th birthday in 2018. Hall died this week as a result of injuries he suffered last December. 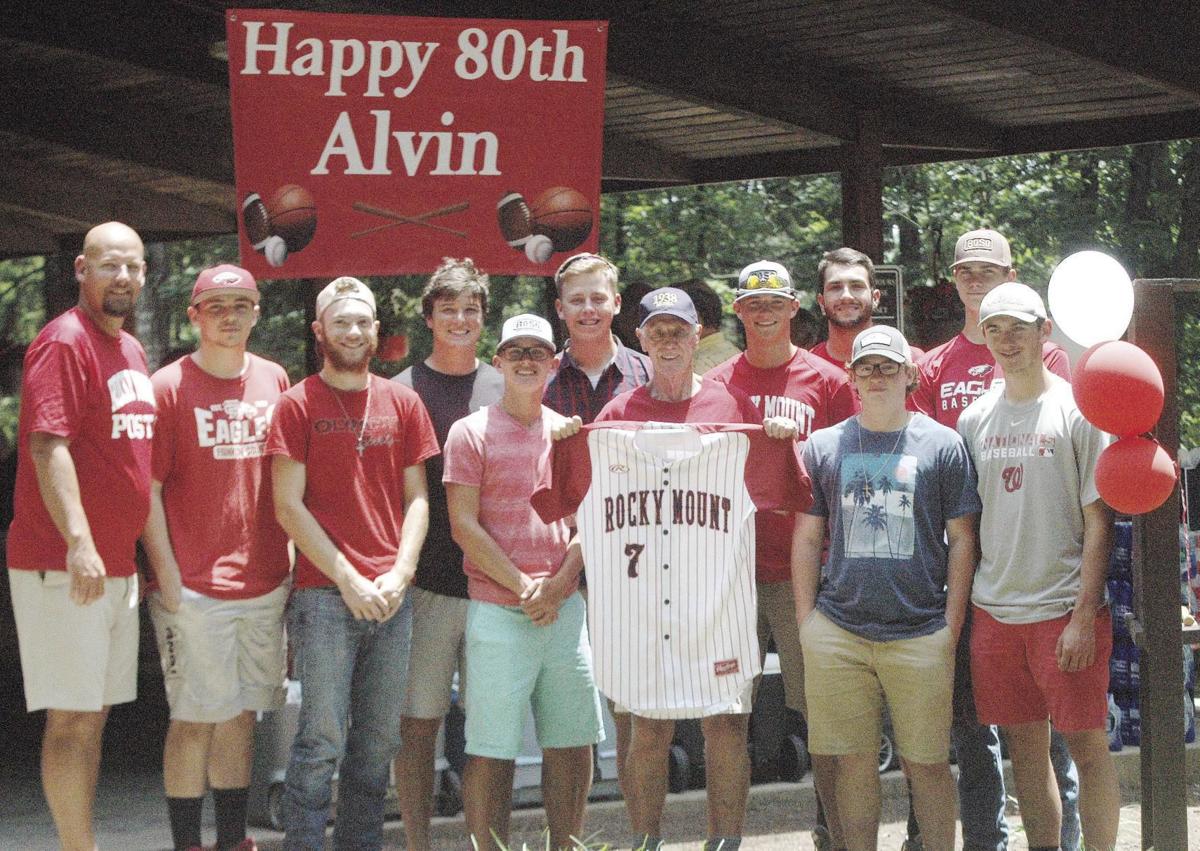 Alvin Hall poses with Rocky Mount’s American Legion baseball team during the celebration of his 80th birthday back in 2018.

Alvin Hall (left) is joined by Ronnie Doyle as he celebrated his 80th birthday in 2018. Hall died this week as a result of injuries he suffered last December.

Alvin Hall poses with Rocky Mount’s American Legion baseball team during the celebration of his 80th birthday back in 2018.

Alvin Hall, a champion of baseball at all levels in Franklin County and neighboring communities, died Sunday from injuries he suffered when he was hit by an automobile last December.

Hall, who was 81, was named to the Salem-Roanoke Baseball Hall of Fame in 1997 and also was a member of the hall of fame at Franklin County High School, where he was a three-sport standout.

Back in December, Hall was struck by a car while on his daily walk through town.

The accident left him with a traumatic brain injury and, after a stay in Roanoke Memorial Hospital, Hall received treatment at Kindred Hospital in Greensboro.

He organized the first Little League team in Franklin County in 1957 and coached at various levels. One of his teams won the state Connie Mack League championship and went on to play in the national tournament in Memphis, Tennessee.

Prior to his management days, Hall stood out as an athlete at the scholastic level.

“Boy, was he ever,” said Kelvin Bowles, one of Hall’s contemporaries in Franklin County. “He played ’em all. He was a quarterback in football, a guard in basketball and a fine shortstop in baseball.

“He also coached a lot of youth football and baseball.”

When Bowles owned the Salem Avalanche, he frequently would invite Hall, a supervisor at Lane Furniture, to join him.

“He was the biggest of sports fans,” Bowles said. “He went to all of the games. He came over to Salem a lot.”

Among the players who came through Hall’s programs was Rocky Mount product Ron Hodges, a catcher who spent 12 years with the New York Mets.

“His injuries from being struck by an automobile back in the winter proved too much for him to overcome,” said Gary Walthall, who was joined by Hall as a board member of the Salem-Roanoke Hall. “He will be certainly missed but left a legacy for sure.

“I’m so glad I could be a good friend of Alvin. He always treated me with great respect but also could give me his honest opinion when questions [were posed] to him.”

Added Bowles: “We just lost a pillar of the community.”