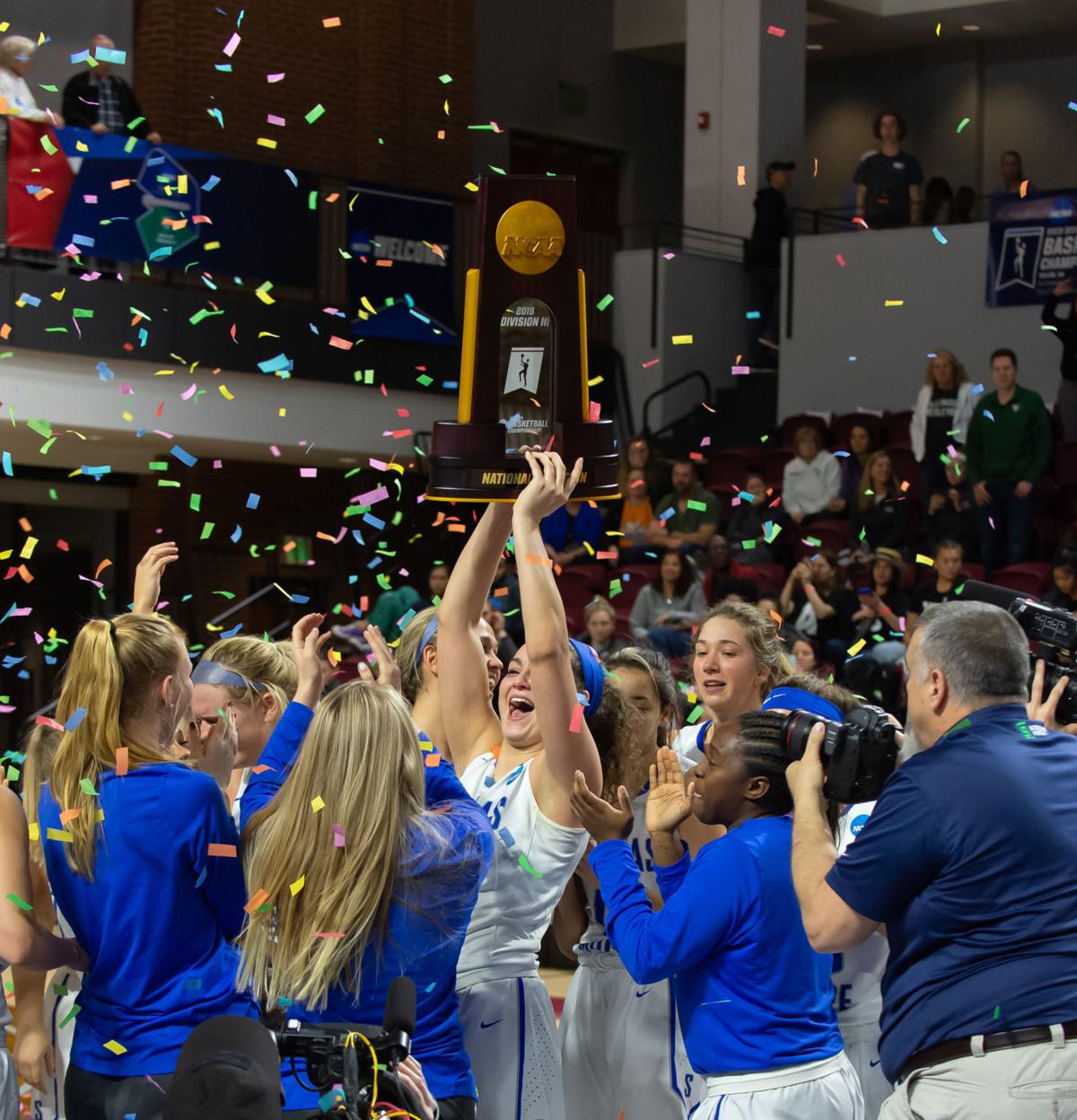 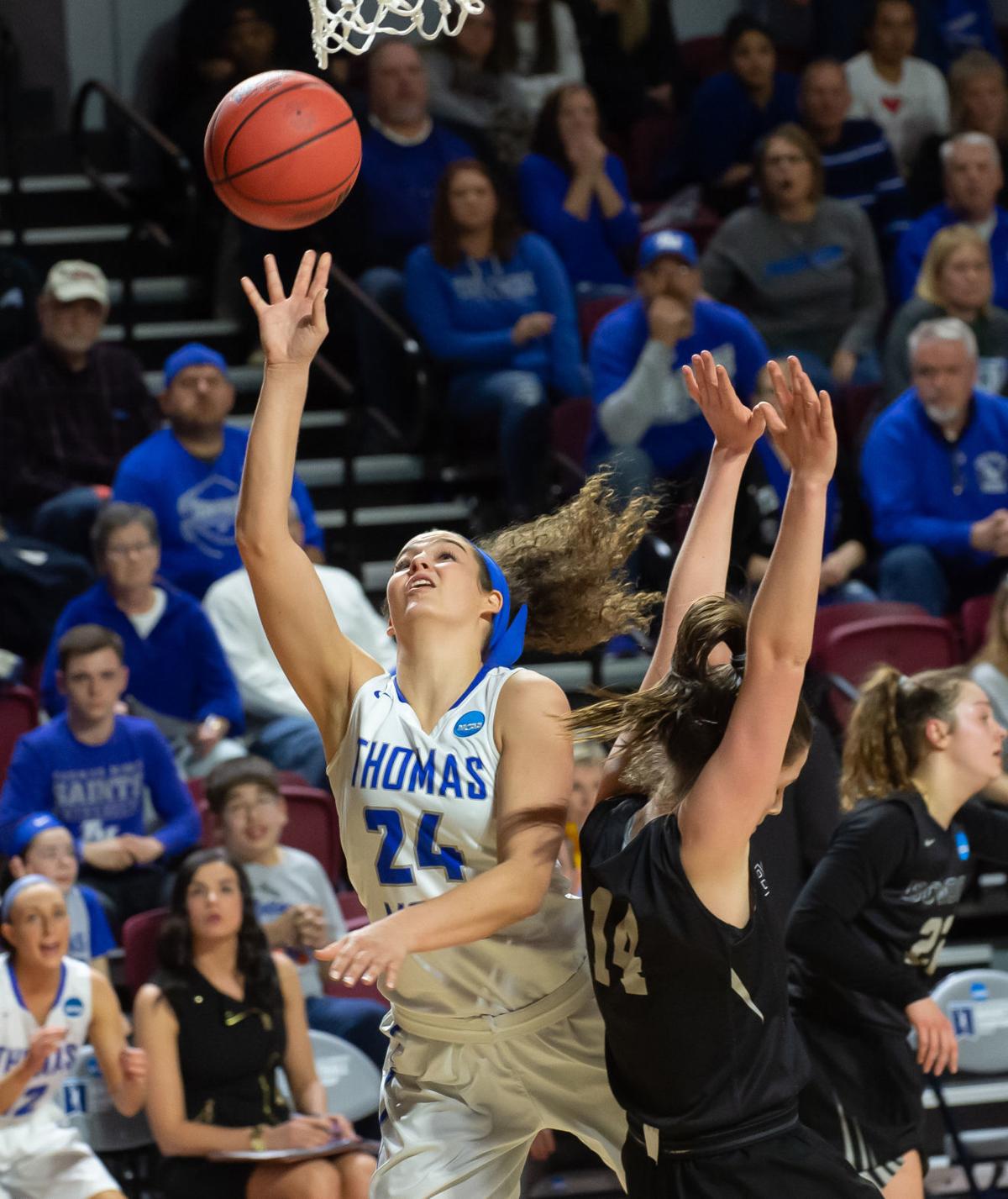 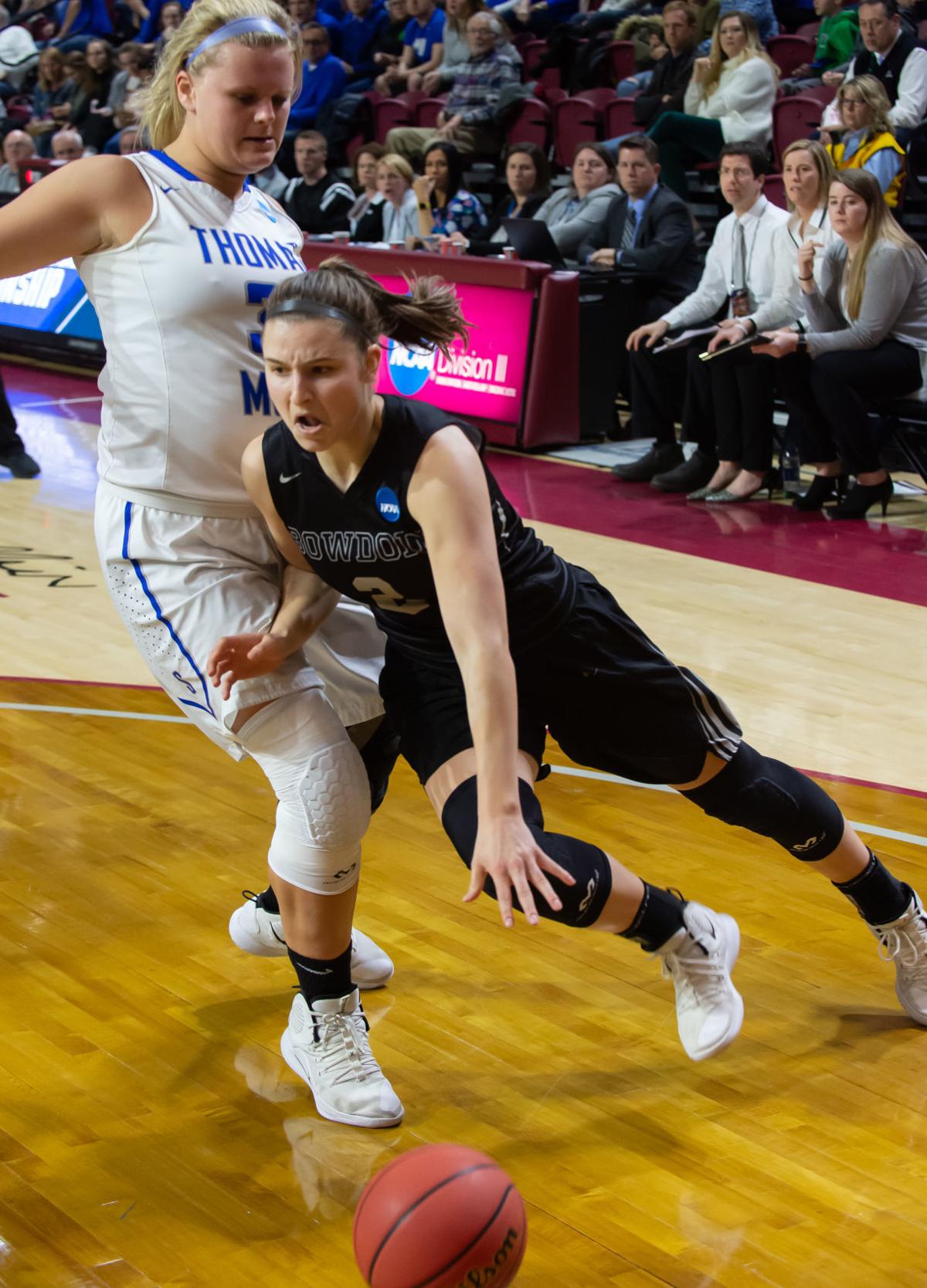 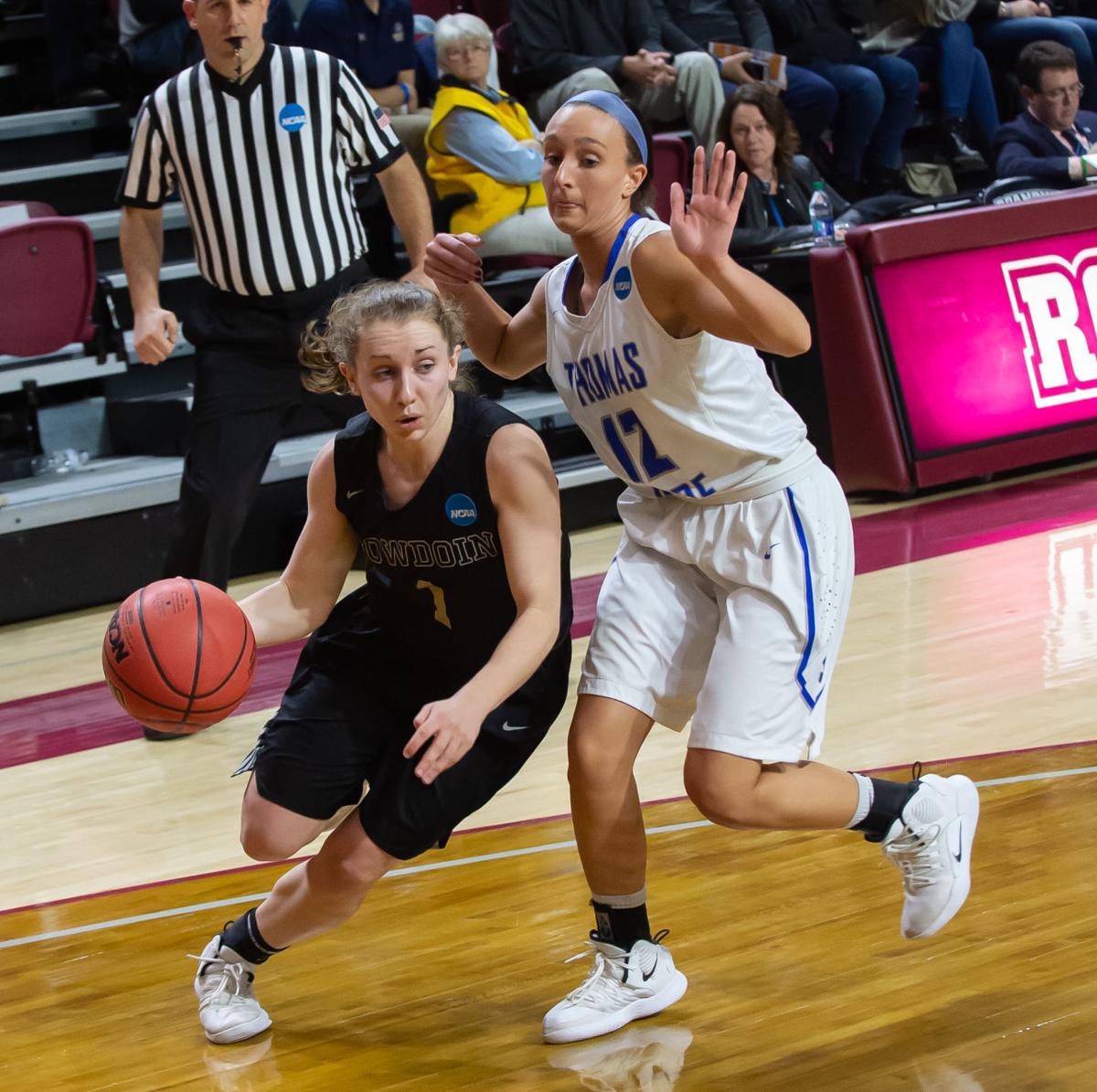 The top-ranked Saints opened the third quarter on an 11-2 run to break open a back-and-forth contest and claim their second Division III women’s national championship in the past four years with an 81-67 win over Bowdoin College on Saturday night at Roanoke College.

The championship was held at the Cregger Center for the first time. While playing in Salem may have been a new experience for Thomas More seniors Madison Temple and Shelby Rupp, playing in the title game was not, as both were members of the 2016 championship team.

The first 20 minutes of the final was tightly contested, with six lead-changes and neither team able to build a lead larger than five points. The Saints went into the break with a 38-34 lead.

Thomas More (33-0) stepped up the defensive intensity in the third quarter, opening on a an 11-2 run to build its largest lead to that point at 49-38.

“They put on their press and I think we lost our poise a little bit,” Bowdoin coach Adrienne Shibles said.

Bowdoin (31-2) cut the deficit to five points on two occasions late in the third, but that was as close as the Polar Bears would get.

The Saints went on another run at the start of the fourth quarter, putting together a 17-7 outburst to pull ahead 74-56. Thomas More sealed the game at the foul line going 15-for-17 from the charity stripe over the game’s final 10 minutes.

“It’s a great feeling. Our guys made a lot of plays in the second half,” Thomas More coach Jeff Hans said. “That’s what it’s all about. We’re a family and this is the end result.”

Temple, who was named the Division III player of the year earlier in the week, added to her individual accomplishments. She was named the Most Outstanding Player of the final with 17 points in the Saints’ winning effort.

The 17 points were below Temple’s season’s average of 23.7 points. Her fellow starters picked up the slack as they each finished in double figures. Junior guard Kaela Saner scored 20 points and Rupp had a double-double with 17 points and 11 rebounds.

“We’ve got people that can score,” Hans said.

Thomas More advanced to the national semifinals last season, but came up one game short of an appearance in the final, losing to the eventual national champions Amherst, 66-48.

This season the Saints challenged themselves with a grueling schedule that included only seven home games. That scheduling paid dividends in the postseason, where Thomas More wound up playing five ranked teams in the tournament over the past three weekends.

“We’ve seen all sorts of offenses and defenses and had crowds against us,” Temple said. “All that travel prepared us for this moment.”

Bowdoin lost in the championship game for the second straight year despite a game-high 27-point effort senior guard Abby Kelly who was playing her last game for the Polar Bears.

“We just couldn’t put offensive and defensive possessions together,” Kelly said. “We had some stops, but not as many as we wanted.”