Landers Nolley II (left), Wabissa Bede (right) and the rest of the Virginia Tech men’s basketball team will take a 10-3 record into Saturday’s game at Virginia. Tech is 1-1 in ACC play.

Landers Nolley II is averaging 17.4 points for Virginia Tech. He has been named the ACC freshman of the week four times. 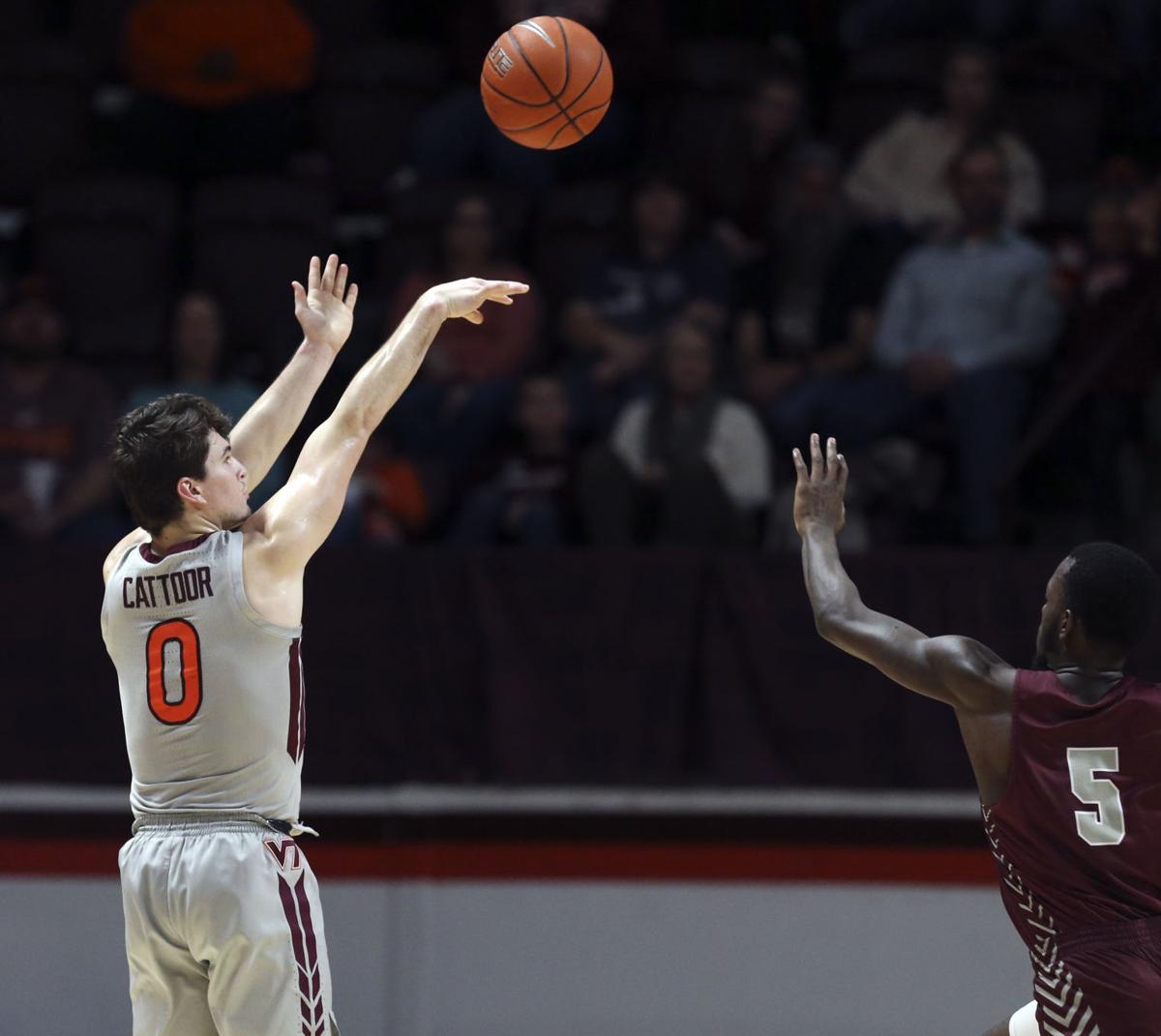 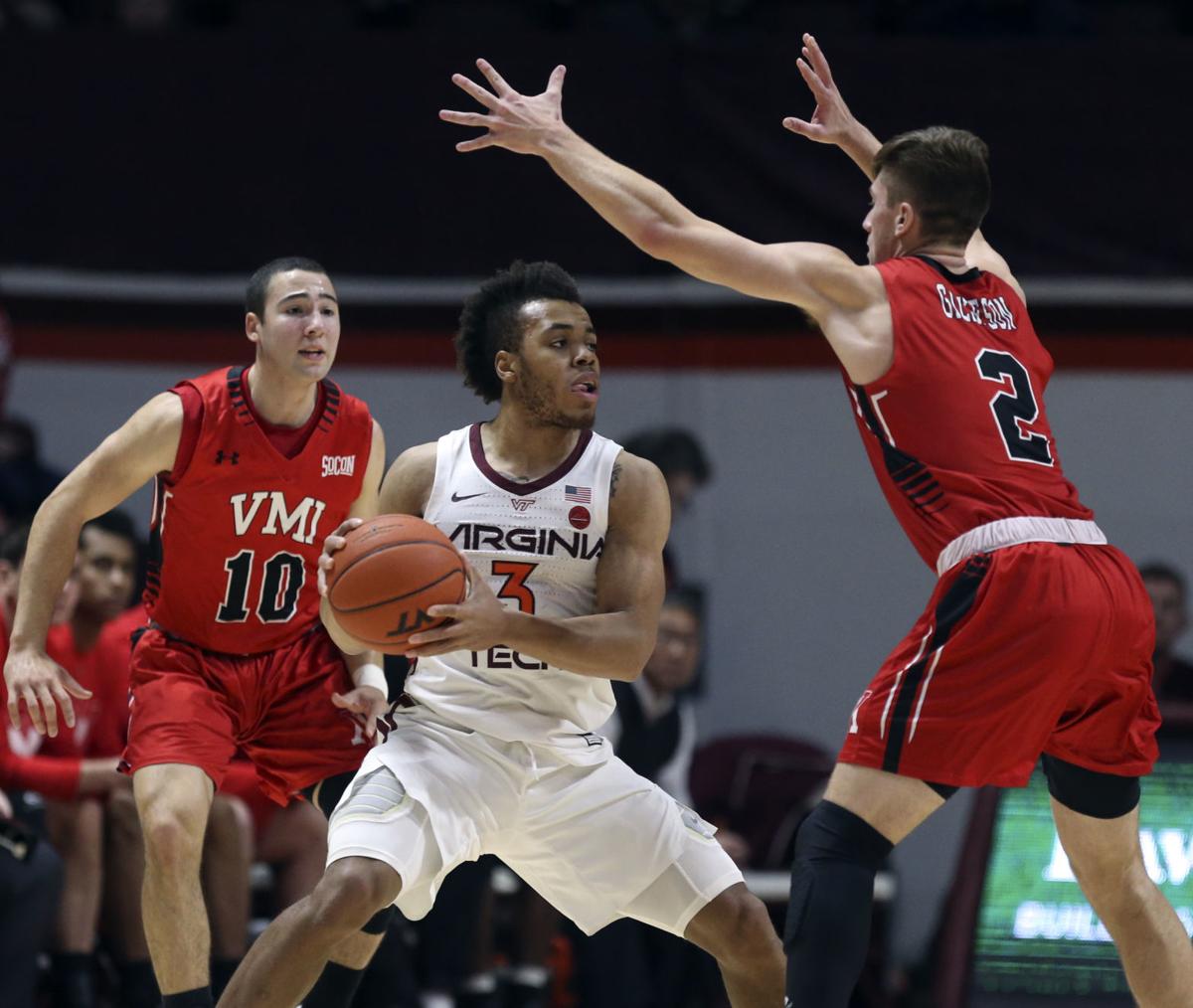 Virginia Tech’s Wabissa Bede (left) and Landers Nolley II (right), shown celebrating a teammate’s 3-pointer, are two of the reasons Tech is off to a 10-3 start. 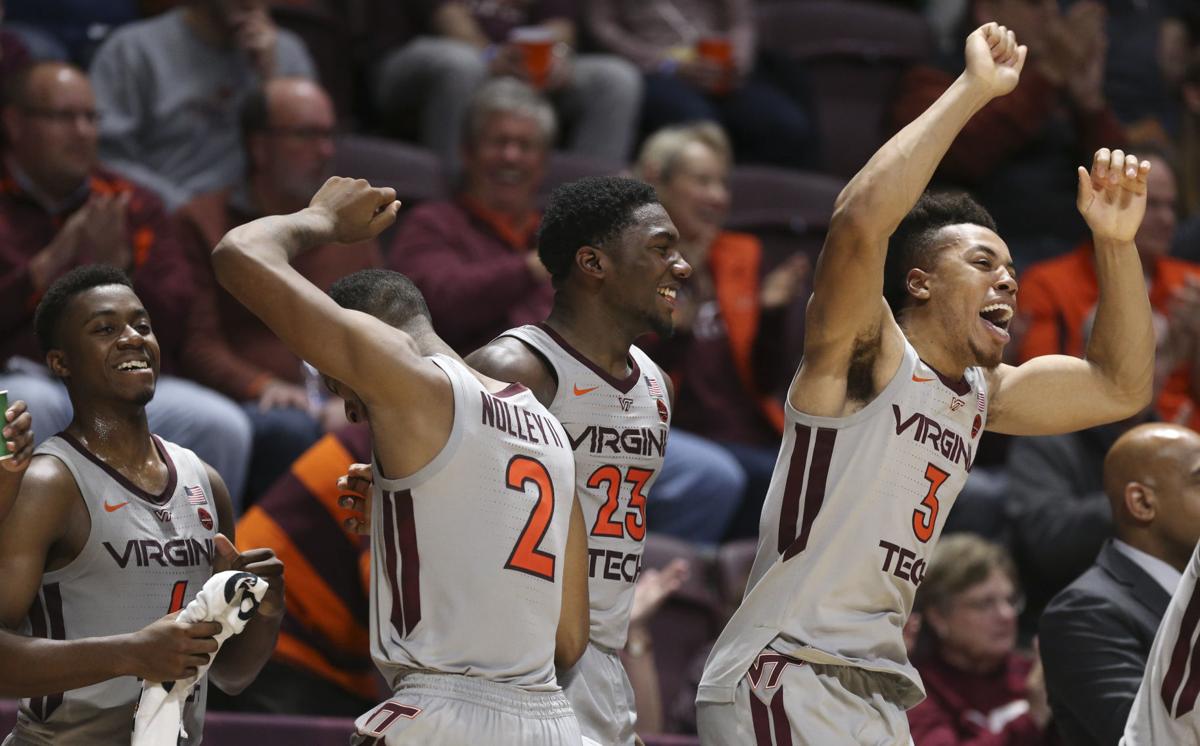 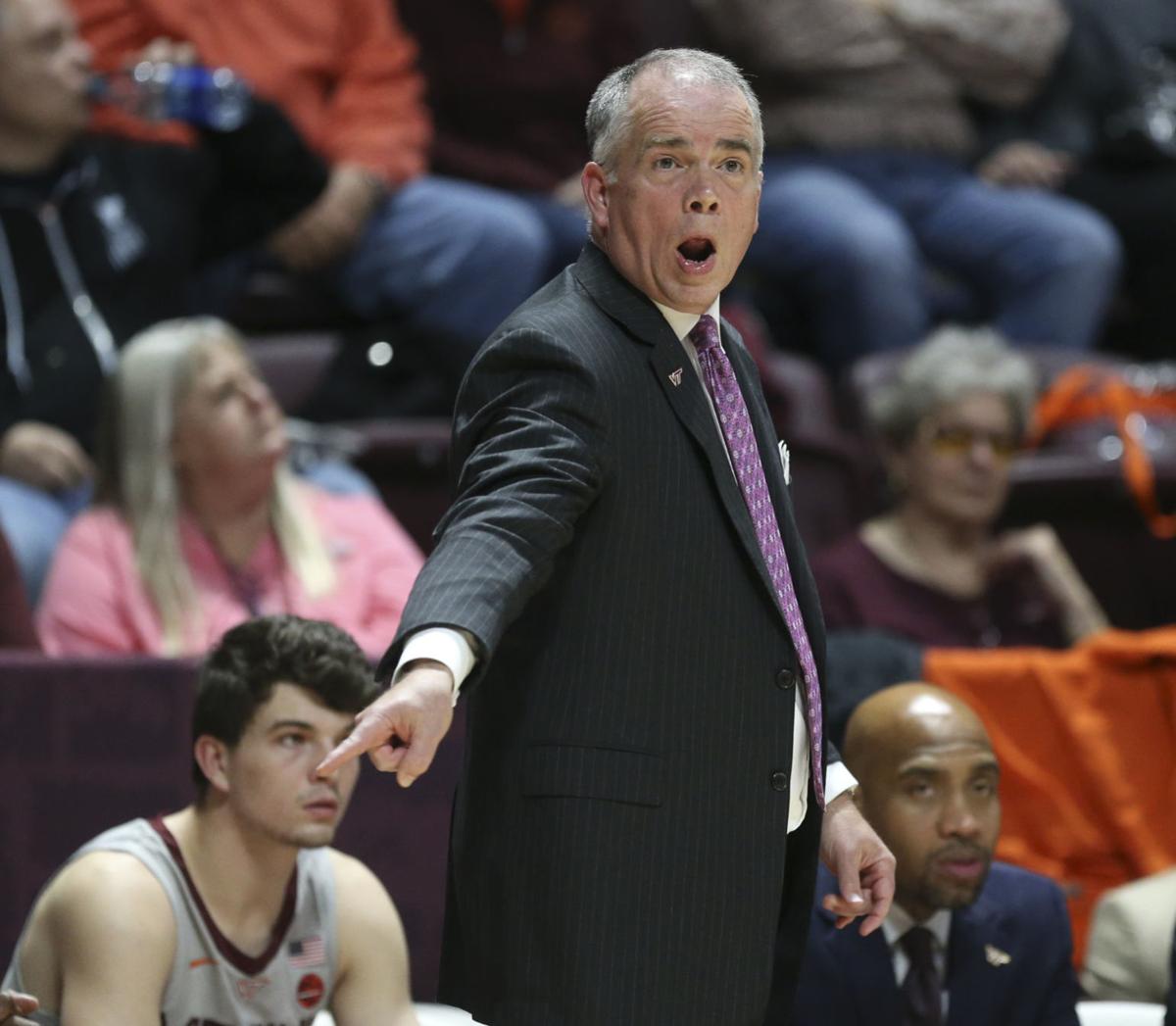 Mike Young will steer the Hokies against Virginia on Saturday.

Landers Nolley II (left), Wabissa Bede (right) and the rest of the Virginia Tech men’s basketball team will take a 10-3 record into Saturday’s game at Virginia. Tech is 1-1 in ACC play.

Landers Nolley II is averaging 17.4 points for Virginia Tech. He has been named the ACC freshman of the week four times.

Virginia Tech’s Wabissa Bede (left) and Landers Nolley II (right), shown celebrating a teammate’s 3-pointer, are two of the reasons Tech is off to a 10-3 start.

Mike Young will steer the Hokies against Virginia on Saturday.

BLACKSBURG — The Virginia Tech men’s basketball team is not lacking in confidence as it dives back into ACC play.

The Hokies were picked next-to-last in the ACC’s preseason media poll. But they are 10-3 overall and 1-1 in league play heading into Saturday’s game at Virginia, which is ranked No. 19 in the Associated Press Top 25 poll.

“On the outside, people really didn’t think we were going to be in this. But at the beginning of the year, we believed that we could be at this point. And we’re not done,” Tech freshman Hunter Cattoor said after last weekend’s win over Maryland-Eastern Shore. “We’re getting into conference play right now and I think we’re confident going in there.”

Virginia Tech boasts a marquee win over Michigan State and a road win over Clemson. And there are no embarrassing losses on Tech’s resume, with the Hokies having lost to three teams currently rated among the top 32 in the NET rankings (Duke, Dayton and BYU).

The Hokies did play a weak nonconference home schedule, which is why the NET rates their overall nonconference strength of schedule as only No. 335 out of 353 Division I teams.

But it looks like Tech — which has four freshmen and two redshirt freshmen among its nine-man rotation — might not have one of the worst teams in the ACC after all.

“We’re going to be good,” redshirt freshman Landers Nolley II said last weekend. “As long as we keep playing defense, keep rebounding and trusting each other, everything will work out for us.

Tech coach Mike Young said the Hokies still have “a long way to go” on defense, however.

The Hokies rank No. 84 in analyst Ken Pomeroy’s defensive efficiency rankings, which measure how effective a defense is per possession. By comparison, UVa is No. 1 in that category.

“We still look so young [on defense] in some regards, just in terms of our readiness, just in terms of our level of engagement and communication,” Young said. “They talk like chatterboxes in the locker room and in the halls and then they go on the floor and we withdraw inside of ourselves a little bit, and I don’t like that.

“But [it is] a sign of our youth that we are continuing to try to work on.”

The Hokies rank No. 38 in Pomeroy’s offensive efficiency rankings, which measure how effective an offense is per possession. UVa is No. 181 in that category.

“Our ball-handling has been very sharp,” Young said. “We’ve shot it really well in spurts.”

The Hokies are shooting 45.5% from the field and rank 11th in Division I in 3-point field-goal percentage (39.4%). They rank fifth nationally in 3-pointers with an average of 10.8 per game.

“It’s certainly a collection of talented people, and somebody is stepping to the plate each and every night and helping us play quality basketball,” Young said. “It’s fun to see.”

The Hokies lead the nation in fewest turnovers committed (9.5 per game) and rank second in assist-turnover ratio.

Tech, which tied a school record by committing just two turnovers against Maryland-Eastern Shore, is averaging only 6.2 turnovers in its past four games.

“I feel good about that — will need to carry that into the coming months,” Young said.

Nolley has been named the ACC freshman of the week four times — more than any other player this season. He is averaging 17.4 points and has made a team-high 37 3-pointers.

“[It’s a matter of] knowing my role, trusting my teammates to find me and executing when I get an opportunity,” Nolley said.

Nolley was just 1 of 11 from the field in a Dec. 21 win over VMI but bounced back by scoring 18 points and snaring 10 rebounds against Maryland-Eastern Shore. It was his first double-double.

“Nolley … was more relaxed and let the thing come to him instead of trying to ram it in there some and get himself in a bind,” Young said after the win over Maryland-Eastern Shore.

Freshman guard Nahiem Alleyne ranks second on the squad with an average of 10.2 points. But he has gone just 3 of 21 from the field in the past three games, including 1 of 10 against Maryland-Eastern Shore.

“You can help us win in other ways, and he’s doing that,” Young said. “He’s distributing the ball well, he’s defending well.

“We’ve all seen him play really, really good basketball. He’s had a little dip. It happens to everyone. He’ll bounce back on Saturday in Charlottesville.”

Tech has been idle since Sunday, so Young and his squad have had the whole week to prepare for UVa.

“I’ve got a football team now. If I’ve got a week to prepare, we’re pretty good,” Young said.

This will be the first time Young has faced UVa as the coach of the Hokies. But he was 0-2 against UVa when he steered Wofford, including a 74-39 loss in December 2012.

“They got me,” Young said. “So hope we have a better outcome up there on Saturday.”

Three of Tech’s next four games will be on the road, including visits to Syracuse and Wake Forest.

But this appears to be a down year for the ACC. UVa is one of only four ACC teams currently ranked in the AP Top 25. The only ACC squad in the “also receiving votes” category this week is Virginia Tech.

Seven ACC teams have more overall losses than the Hokies.

“[Being] 10-3 is going to help big with confidence going into conference play,” redshirt freshman Tyrece Radford said. “I know my team’s going to come out to fight.”