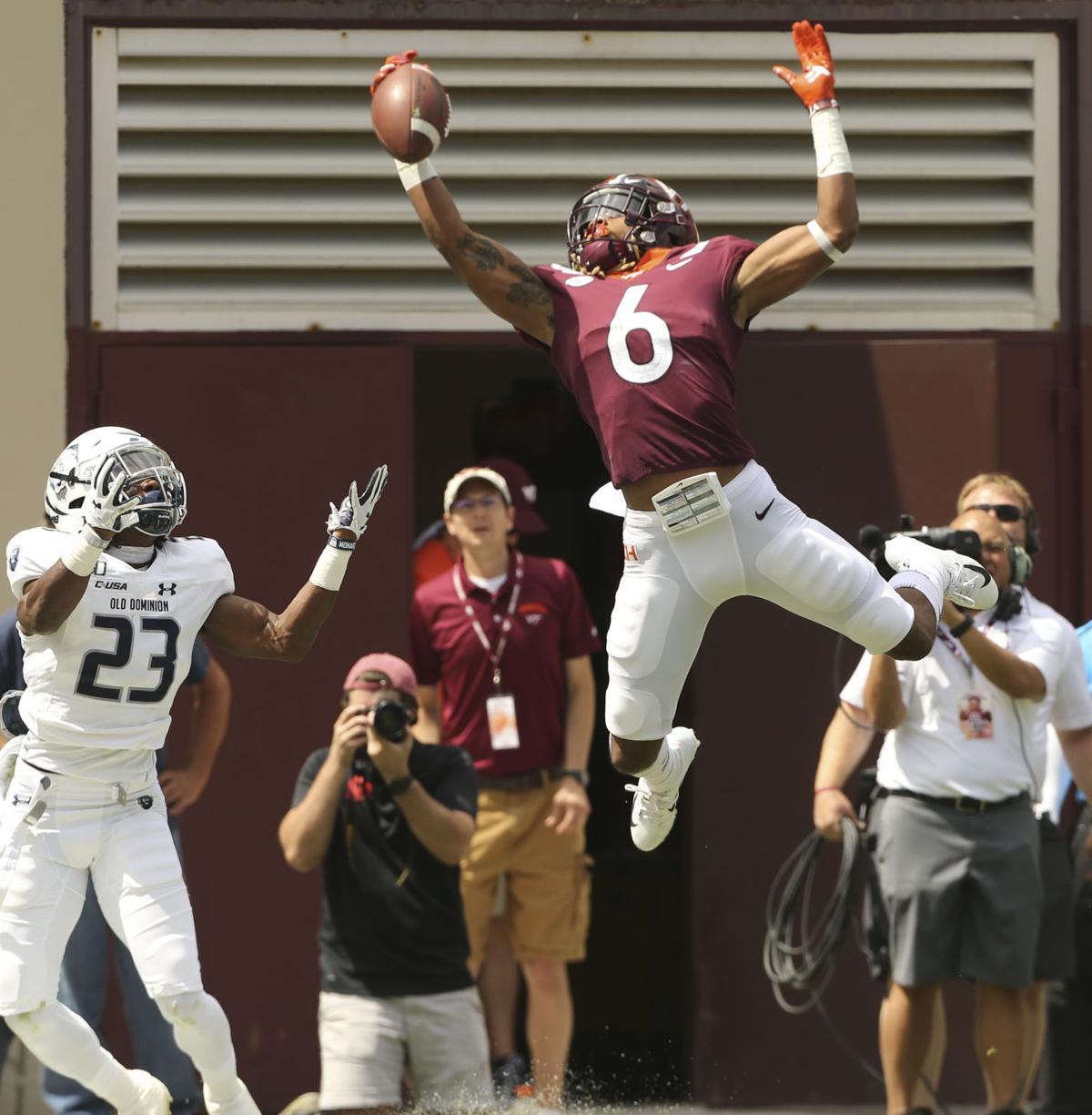 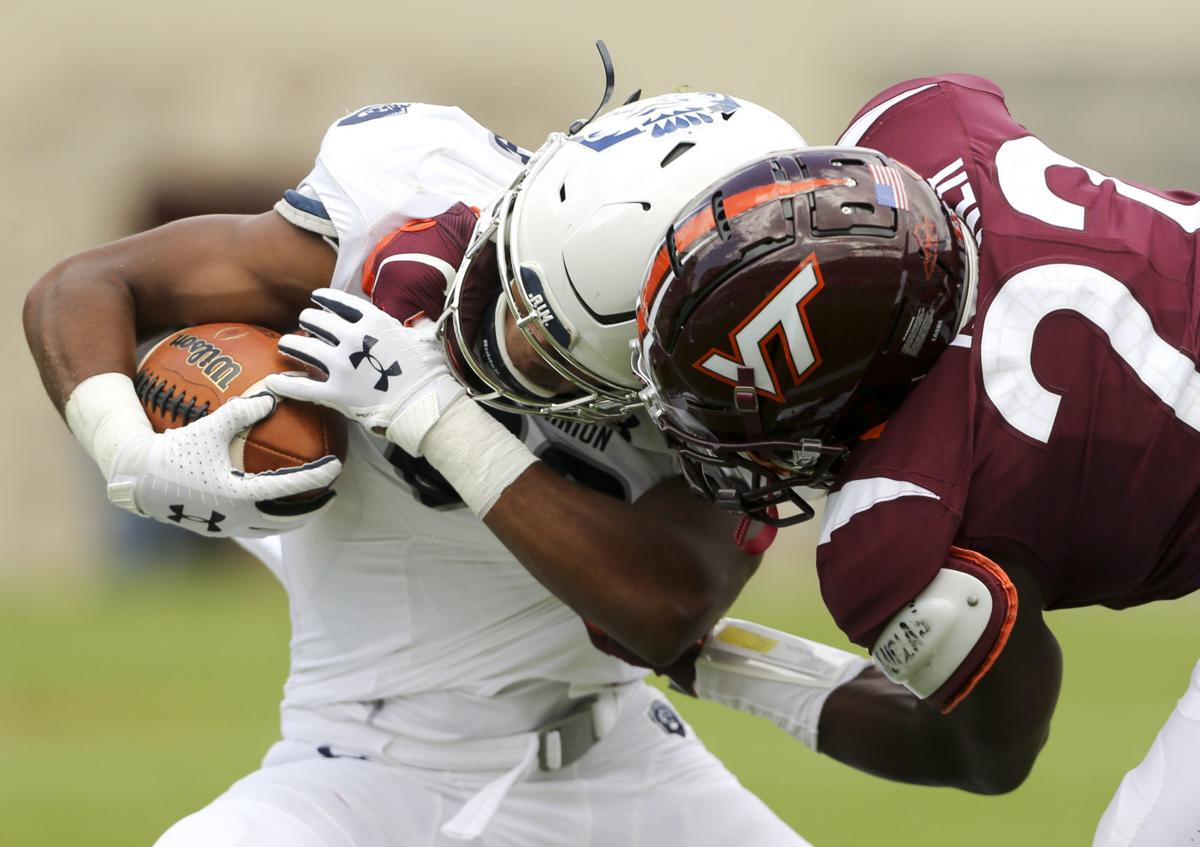 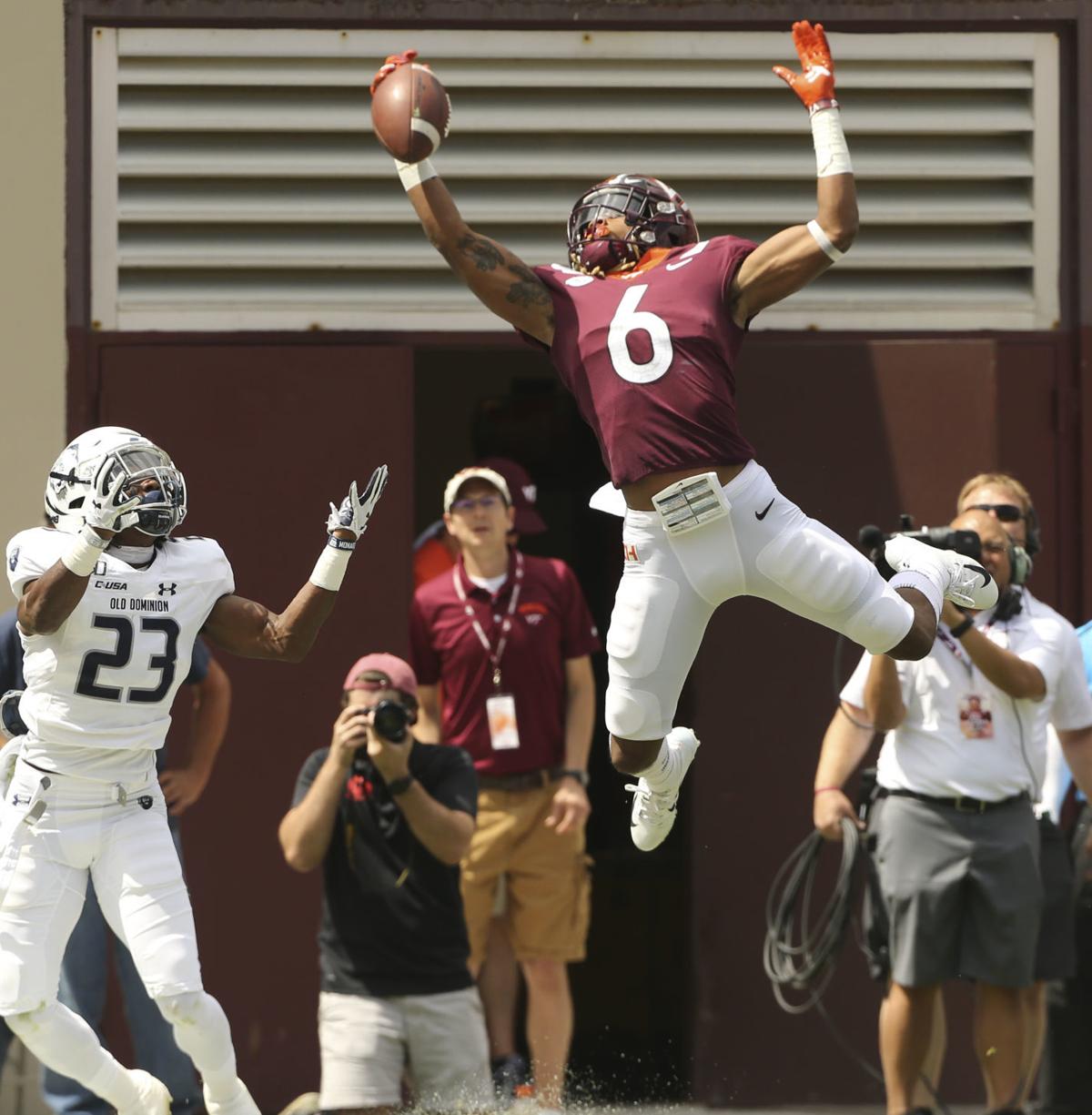 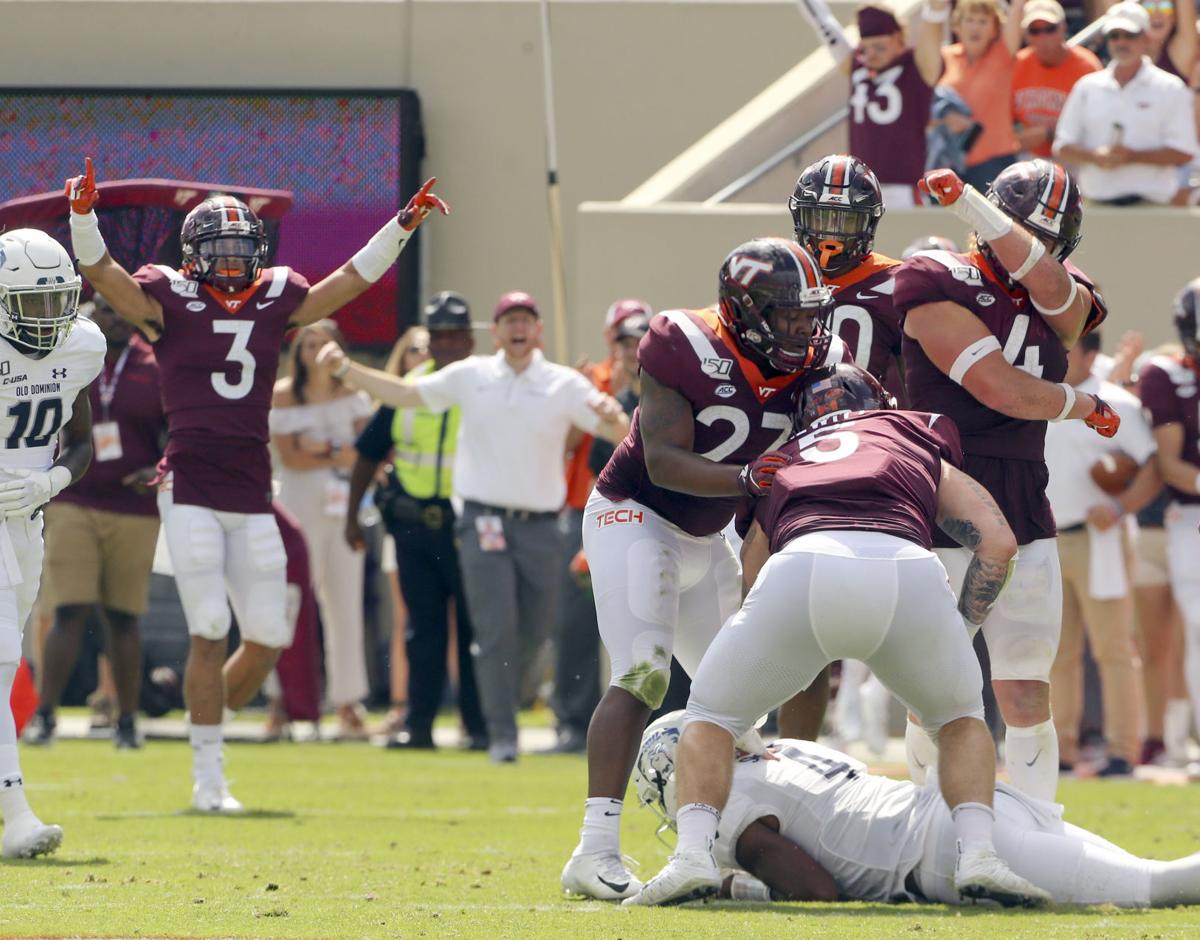 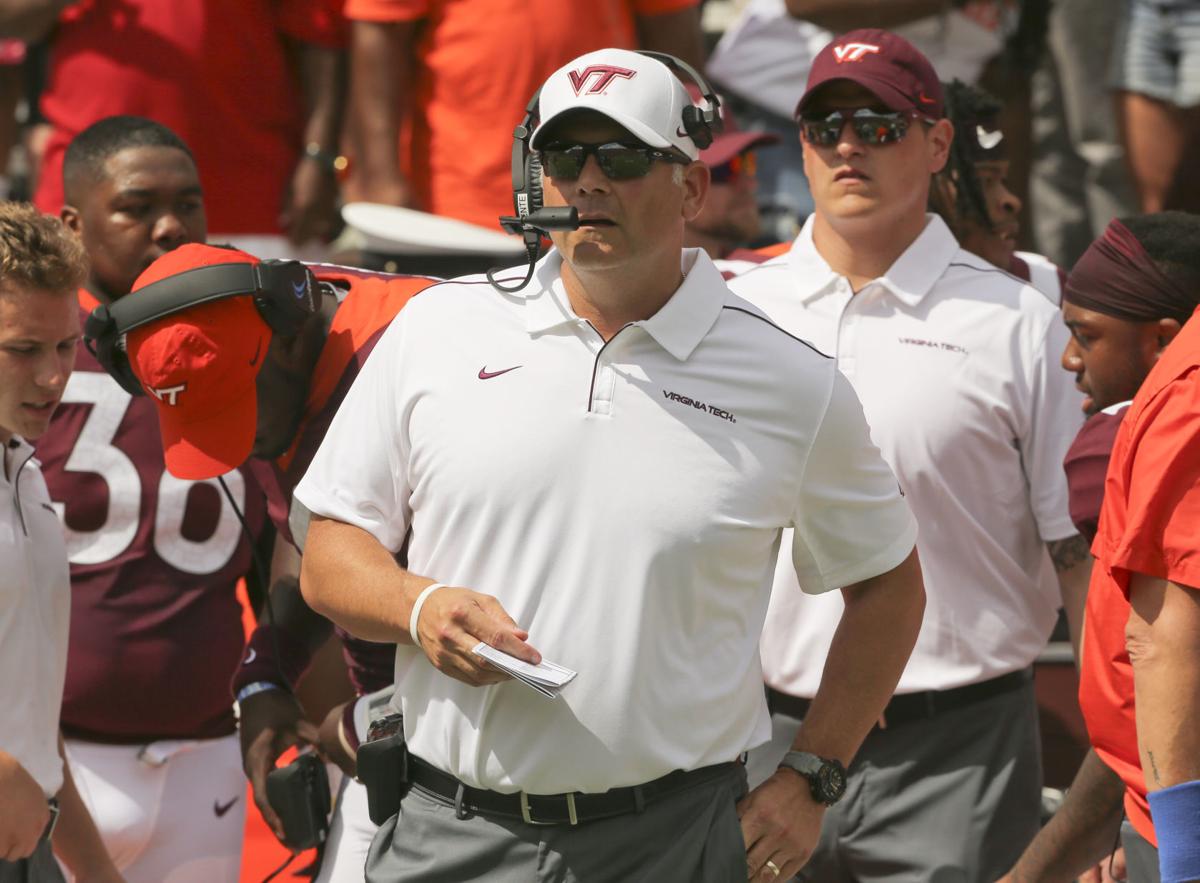 Virginia Tech coach Justin Fuente, shown at the start of last week’s game against Old Dominion, will guide the Hokies against FCS Furman on Saturday ahead of the team’s bye week.

Virginia Tech coach Justin Fuente, shown at the start of last week’s game against Old Dominion, will guide the Hokies against FCS Furman on Saturday ahead of the team’s bye week.

After Old Dominion pulled off the biggest upset in college football last year at the Hokies’ expense, fans at Lane Stadium on Saturday wanted to see their team push the Monarchs around.

Tech was again a four-touchdown favorite over ODU, but the 31-17 win wasn’t the blowout fans were craving. The Monarchs made it a one-possession game with 13:15 left in the fourth quarter on a 3-yard touchdown run from shifty quarterback Stone Smartt.

The Hokies’ defense couldn’t keep Smartt in the pocket in the third quarter, as the QB made plays with both his arm and his legs to cut into a 17-3 halftime deficit.

Backup running back Terius Wheatley gave Tech a much-needed boost with a 71-yard kick return, which set up a 13-yard touchdown throw from Ryan Willis to Phil Patterson. It was the longest return by a Hokie since an 82-yard return by Der’Woun Greene against Purdue in 2015.

“It was a little bit of a circus, to be quite honest with you,” Fuente said of the hype surrounding the game. “I really wanted our guys to stay focused on the task at hand. And they did a good job at that, finding a way to win the game. We’ve got plenty of things to work on, but obviously a big game on special teams. And we were up 7 and they had just scored and it was a huge play for everyone on our kickoff return unit to sway the momentum back.”

A pair of second-half fumbles by Tech prolonged the game being put away — and produced noticeable groans of frustration from the partisan crowd. However, Tech’s defense forced turnovers on downs after both lost fumbles to close out the win.

Willis, who accounted for one of the fumbles, had a decent bounce-back performance until his late turnover, going 16 of 28 with 272 yards and three total touchdowns (two passing). Willis was replaced by Hendon Hooker after getting dropped on his neck late in the game.

Tech’s running game was a non-factor for a second straight week. The Hokies carried the ball 39 times for 131 yards (3.4 yards per carry). Deshawn McClease led the team with 20 carries for 64 yards. He got the bulk of the work after Fuente benched promising freshman Keshawn King over ball security concerns for almost the entire second half.

While ODU kept the game close, the return of former Hokies Eric Kumah and Chris Cunningham — which garnered a lot of attention on social media in the days leading up to the game — didn’t amount to much.

Kumah caught three passes for 24 yards. Smartt attempted a pair of long throws to Kumah that were broken up by Jermaine Waller. Kumah’s biggest contribution was drawing a pass interference flag on Caleb Farley in the end zone that helped set up a touchdown. Cunningham had three carries for 8 yards.

Tech’s fans booed them every time they touched the ball.

Virginia Tech got on the right track early by dominating the stat sheet, outgaining ODU 238 to 70 in the first half to take a 17-3 lead. Most of that yardage for the Monarch came on their first possession — a 12-play, 48-yard drive.

Willis was 11 of 20 for 191 yards with a touchdown while completing passes to seven different targets in the first half.

Tech jumped out to a 7-0 lead right out of the gate, going 77 yards down the field. The Hokies got the ball to true freshmen on five of the 10 plays during the drive. Tayvion Robinson caught a pair of passes for 36 yards and King had three carries for 19 yards including a 4-yard touchdown run (the first of his career).

The Hokies added a 24-yard field goal in the quarter after a drive stalled at ODU’s 7-yard line.

Tech starting receiver Hezekiah Grimsley came through at the end of the first half to put his team up 17-3 with an acrobatic 9-yard touchdown catch. Grimsley knocked the high throw from Willis to himself and came down with the ball after juggling it on the way down to the ground.

Old Dominion had two first downs in the half after its first drive. Tech’s defense had three sacks going into halftime, with Foster mixing in more blitzes than he did the previous week against Boston College. Defensive back Jermaine Waller and safety Chamarri Conner each had a sack on a blitz.