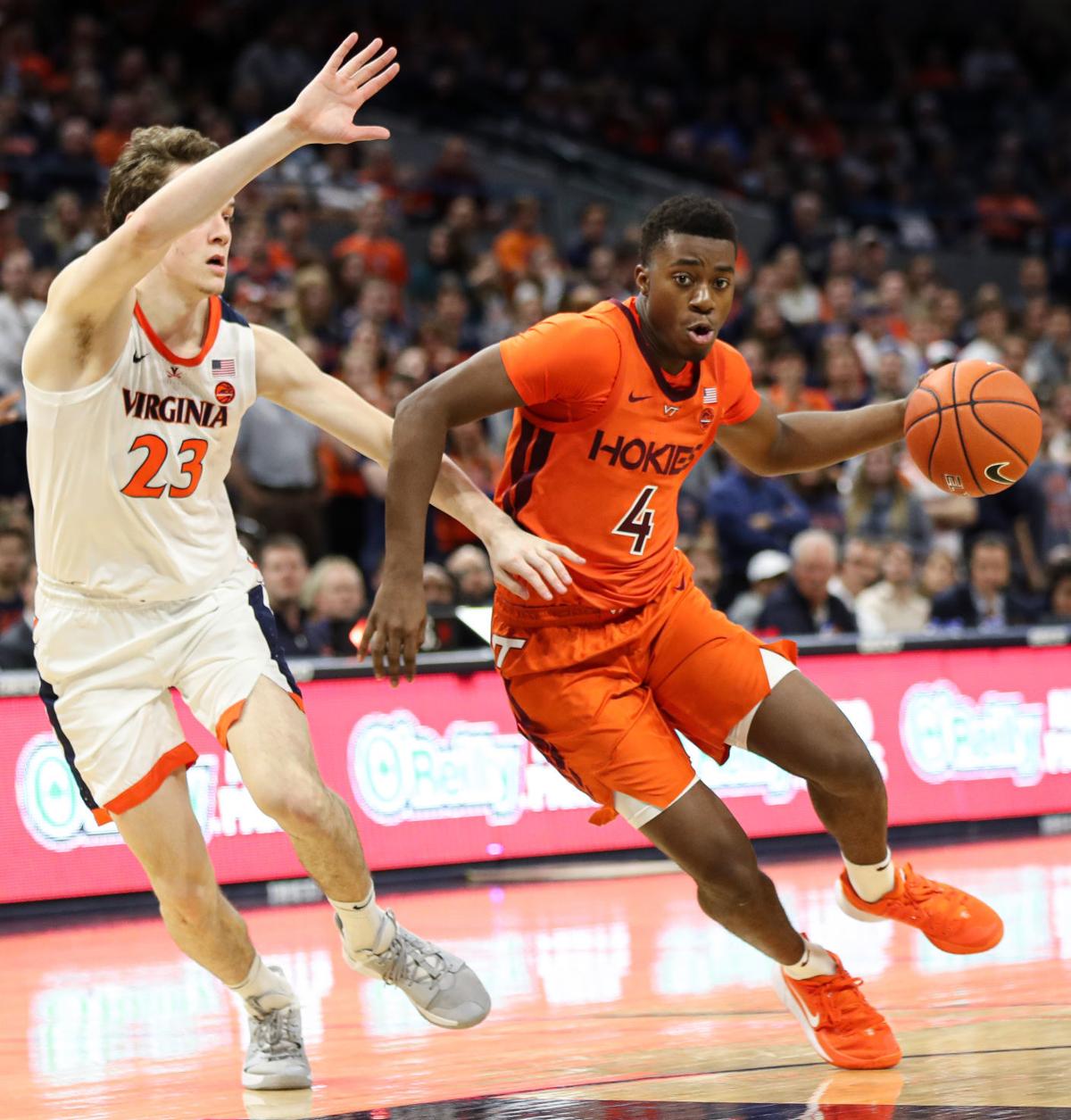 Syracuse coach Jim Boeheim calls to his players during a loss to Notre Dame. 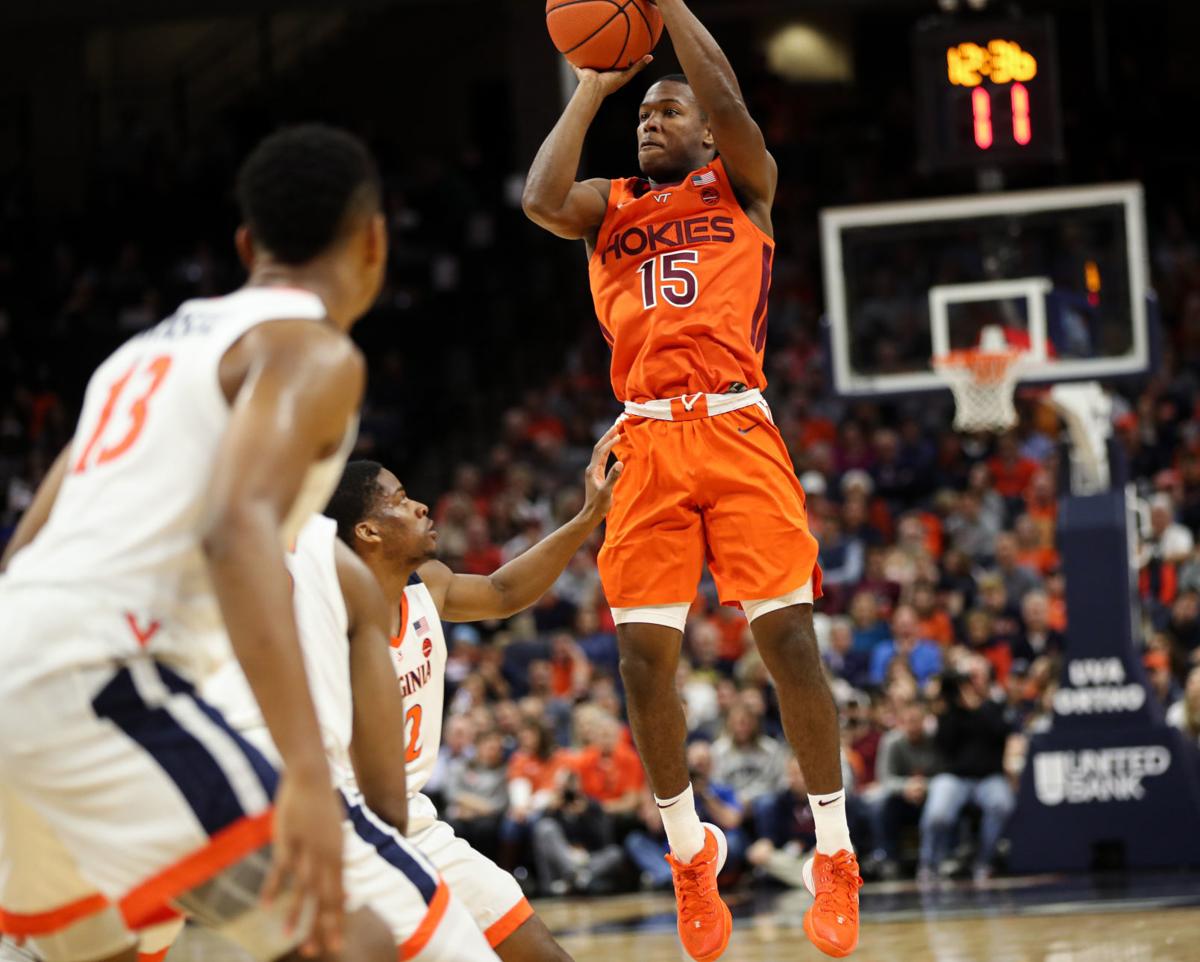 Virginia Tech’s Jalen Cone (center) puts up a jumper in a 65-39 loss at Virginia last weekend. He was 0 of 3 from the field. 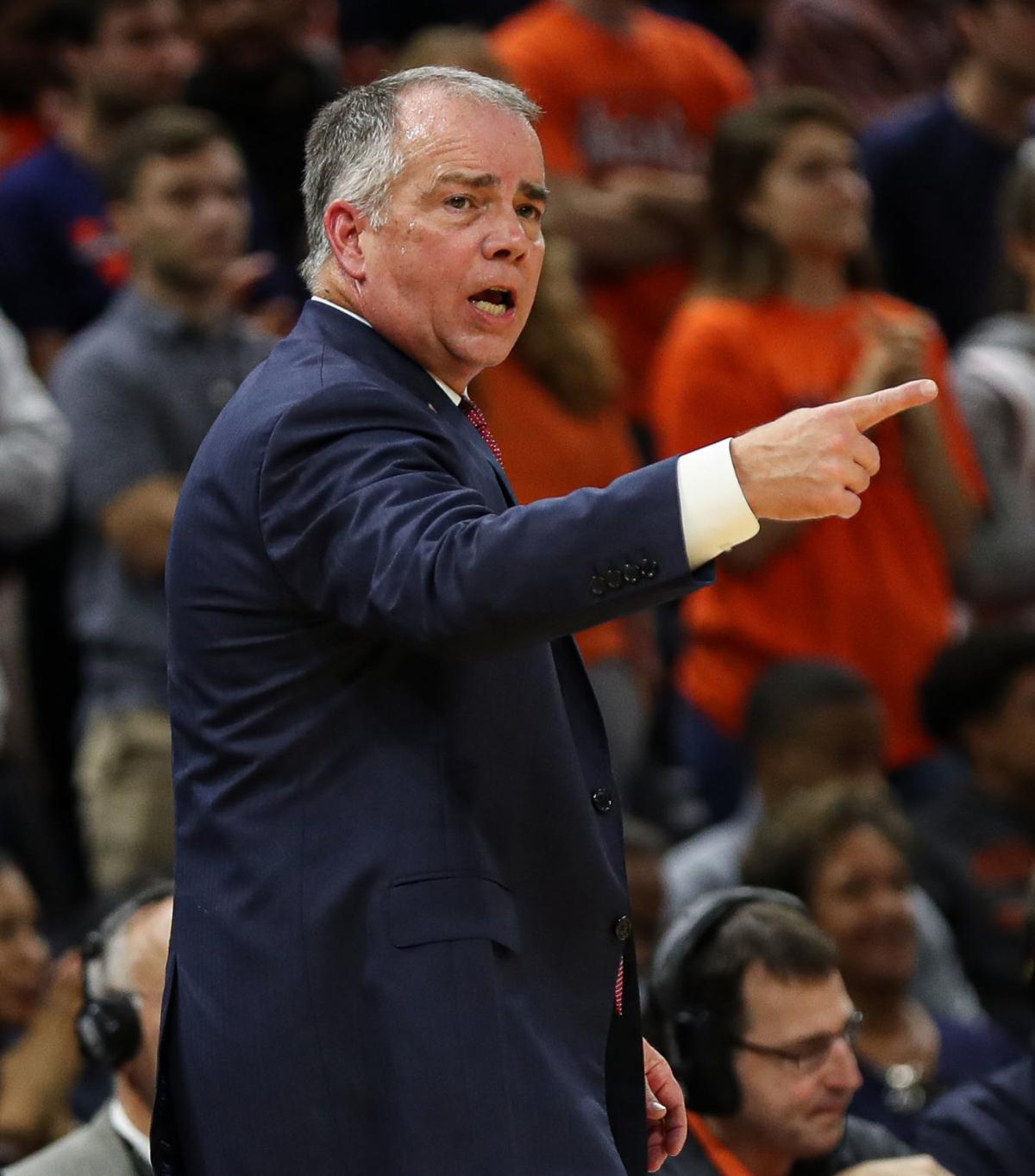 Virginia Tech coach Mike Young and the Hokies will visit Syracuse on Tuesday.

Syracuse coach Jim Boeheim calls to his players during a loss to Notre Dame.

Virginia Tech’s Jalen Cone (center) puts up a jumper in a 65-39 loss at Virginia last weekend. He was 0 of 3 from the field.

Virginia Tech coach Mike Young and the Hokies will visit Syracuse on Tuesday.

The young Hokies will try to bounce back against another vaunted scheme that many of them will be facing for the first time — Syracuse coach Jim Boeheim’s 2-3 zone defense.

“He’s employed that defense that’s been terrific for many, many years,” Tech coach Mike Young said Monday on the ACC’s weekly teleconference. “It’s such a contrast in styles when you consider Virginia’s and then you head to New York and play against Coach Boeheim’s zone. I hope we attack it better than we did on Saturday.

“They’re awfully good with it again. We’ll have to be sharp and move the ball and get people in the right spaces and attack it aggressively.”

“A tad discouraged with how we played Saturday at UVa,” Young said. “UVa had quite a bit to do with our poor play.”

“We don’t have a lot of solutions, other than to continue to empower them,” Young said. “Our shot selection was good. I thought we looked a tad rushed, and that’s due to some of Virginia’s length. Spacing could have been a lot better, … could have been screened more effectively. The same things that we’ll be talking about in our preparation leading up to [Tuesday’s game].”

Fortunately for Tech, the Syracuse defense does not appear as formidable as it usually is.

“Our defense wasn’t good,” Orange coach Jim Boeheim said. “We’ve got to find a way to get better.”

What was the secret to Notre Dame’s success from long range last weekend?

“We pass as a unit really well,” Fighting Irish coach Mike Brey said. “We usually have five guys on the floor that can really pass, that are good with the ball. And that means you’re going to find the open guy after some movement.

“We did a good job of getting the ball to the foul line against their zone and then playing from the foul line out, at times, to make shots.”

Although the Hokies had 13 turnovers and just six assists at UVa, that was not a typical performance for them. Tech ranks third nationally in assist-turnover ratio, just two spots behind Notre Dame.

Notre Dame was the sixth foe to make at least 10 3-pointers against Syracuse this season.

Syracuse ranks ninth in the ACC in scoring defense (66.9 ppg).

In addition to giving up 88 points to Notre Dame, Syracuse allowed 86 points in a loss to Oklahoma State; 85 in a loss to Penn State; and 89 in a defeat at Georgetown.

“It’s all throughout the whole team — the forwards, guards and center position, we’re not good … in any area right now,” Boeheim said of his defense. “We’ve been getting hurt inside and we’re getting hurt on the perimeter.”

Notre Dame was not the only team to sizzle from 3-point range in last weekend’s duel at the Carrier Dome.

Syracuse also went 15 of 31 from 3-point territory, tying the school record for the most 3-pointers by the Orange in a game.

“Our offense has really improved,” Boeheim said. “Our offense is at a good level for a really young team. But our defense just hasn’t done what it needs to do to win.”

Syracuse’s defense will have to deal with Tech redshirt freshman Landers Nolley II on Tuesday. He is averaging 17.4 points on the season.

“He’s one of the best players in the league,” Boeheim said.

Under Young, the Hokies rely on 3-pointers. Virginia Tech and Syracuse are tied for second in the ACC in 3-point attempts (380).

But Tech’s offense this year does not seem radically different to Boeheim.

After all, Tech — then coached by Buzz Williams — crushed Syracuse 78-56 last year. The Hokies made 14 3-pointers in that game, including a school-record nine by then-senior Justin Robinson.

“Last year they had about 100 3s against us,” Boeheim said. “They killed us last year from the 3-point line. And they’re shooting it extremely well this year.

“They replaced a … great coach with a great coach. So they’re really difficult to defend.”