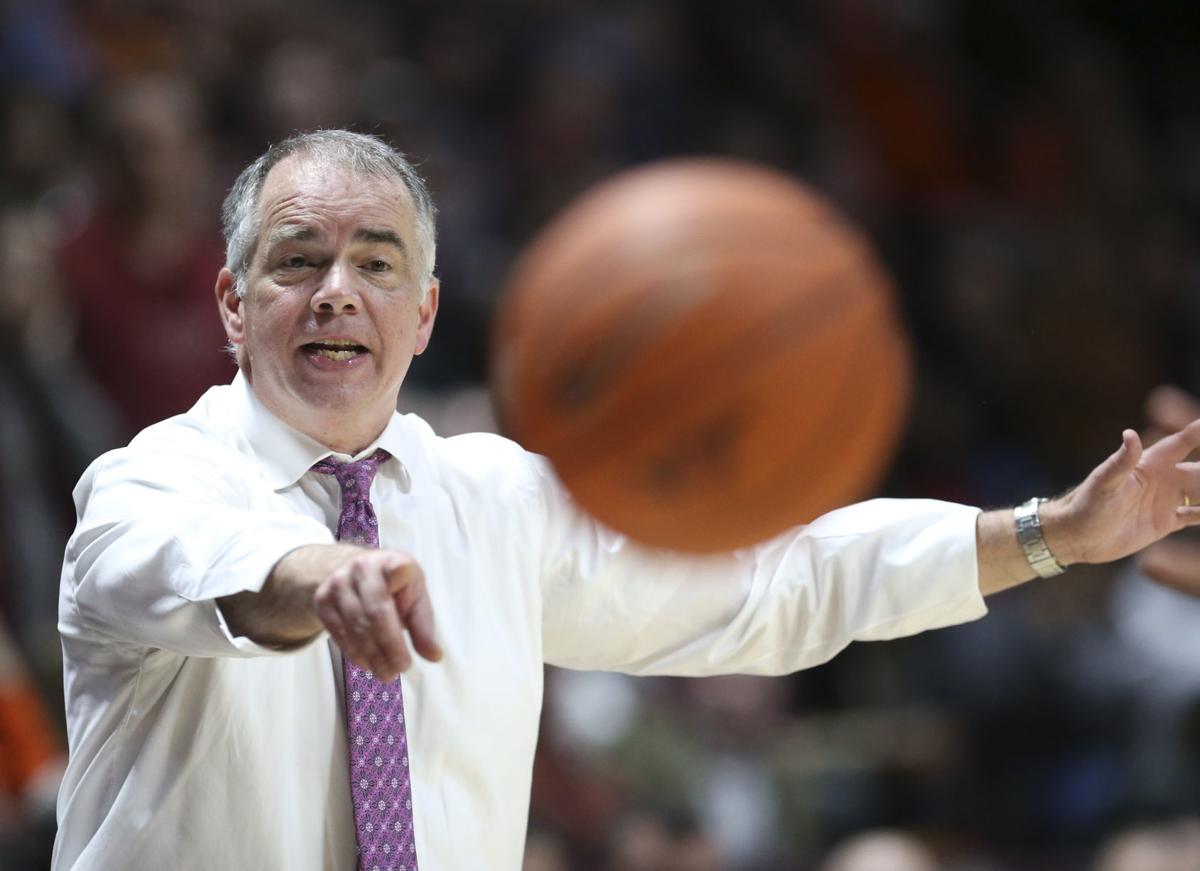 Virginia Tech’s Mike Young said he admires new Wake Forest coach Steve Forbes. They coached against each other when Young was at Wofford and Forbes was at East Tennessee State. They also met in a scrimmage last fall.

Virginia Tech’s Mike Young said he admires new Wake Forest coach Steve Forbes. They coached against each other when Young was at Wofford and Forbes was at East Tennessee State. They also met in a scrimmage last fall.

When Mike Young and Dan Earl face Wake Forest next season, it will not be the first time they have squared off against the Demon Deacons’ new coach.

Steve Forbes stepped down as the men’s basketball coach at Southern Conference power East Tennessee State last week to take the reins of the Demon Deacons. He steered ETSU to two SoCon tournament crowns in his five seasons there.

Young made the same jump from the SoCon to the ACC last spring, when he was hired by Virginia Tech after guiding Wofford for 17 years. He coached against Forbes in the SoCon for four seasons.

“He’s a terrific coach — hard-nosed,” Young said this week in a phone interview. “His teams play really, really hard. … They don’t beat themselves. You’re going to have to earn everything on both ends of the floor. … Tough kids.

Young and Forbes met on the court again last fall because Young booked ETSU for a preseason scrimmage against the Hokies.

“I think that much of him,” Young said. “I consider him a very good friend, a person that I admire. We had great games [in the SoCon].”

Earl has steered SoCon member VMI the past five seasons, so he also has plenty of experience facing Forbes.

“His teams, they just play with such toughness,” Earl said. “Defense first. Rebound the ball. Playing hard. I think he’ll bring those kind of things to Wake.”

Earl and Forbes will meet again next season because VMI had already scheduled a nonconference game at Wake Forest before Danny Manning was replaced by Forbes.

“People are drawn to him because he’s easy to like,” said Marshall, who has steered Wichita State for 13 seasons. “He’s smart and he’s funny. He’s a very good basketball coach, but he’s a better person.”

“A down-to-earth, nice guy,” Earl said. “In college coaching, everybody’s got somewhat of an ego. … Steve really doesn’t have a big ego.”

Forbes was hired as an assistant to then-Tennessee coach Bruce Pearl in 2006. But in 2011, Pearl and his staff were fired for NCAA violations.

Forbes spent the next two seasons as the head coach at a Florida junior college. He returned to the NCAA ranks when Marshall hired him as a Wichita State assistant in 2013.

“He was well on his way [to being a Division I head coach] and then the situation at UT derailed that,” Marshall said. “He would’ve never come to us [otherwise]. … With what happened, we were able to get him for a couple of years and helped him resurrect his career.”

Forbes helped the Shockers win 65 games in his two years on the staff.

“He’s a relationship builder, so that’ll help him in recruiting [at Wake],” Marshall said. “He can recruit anywhere and anybody.

“And then he can coach them, too. He’s proven at East Tennessee State … that he can not only procure the talent but he can put the talent in positions to be successful and get the most out of them.”

In 2015, Forbes took over an ETSU team that had finished no better than fourth in the SoCon in any of the previous four seasons.

ETSU won 24 games and finished second in the league in Forbes’ first season. The next year, the Buccaneers tied for the league regular-season title and won the SoCon tournament, advancing to the NCAAs for the first time in seven years.

“He pressed a lot [on defense] his first two years,” Young said. “Pressed very, very little in the last two years that we played them.”

The Buccaneers went 30-4 last season, when they swept the SoCon regular-season and tournament titles. They switched to a five-out motion offense last season.

“He gets his guys to be bought in, play their roles,” Earl said. “They were unselfish and moved the ball and didn’t care who scored.”

“People talk about his team’s work defensively more than anything, but I’ve always admired him a great, great deal for his team’s offensive play,” Young said.

Forbes, 55, takes over a Wake Forest program that had five losing seasons in Manning’s six years as coach.

“It needs a spark, and Steve will provide that spark,” Young said.

Forbes’ first task is to restock a depleted roster.

“It’s pretty late in the recruiting cycle, but he will unearth some gems,” Marshall said. “In a year — two max — you’re going to see a totally different trajectory for that program.”

At ETSU: went 130-43 with two SoCon tournament titles the past five seasons.

Other head-coaching jobs: three JUCOs, including Northwest Fla. St. from 2011-13.