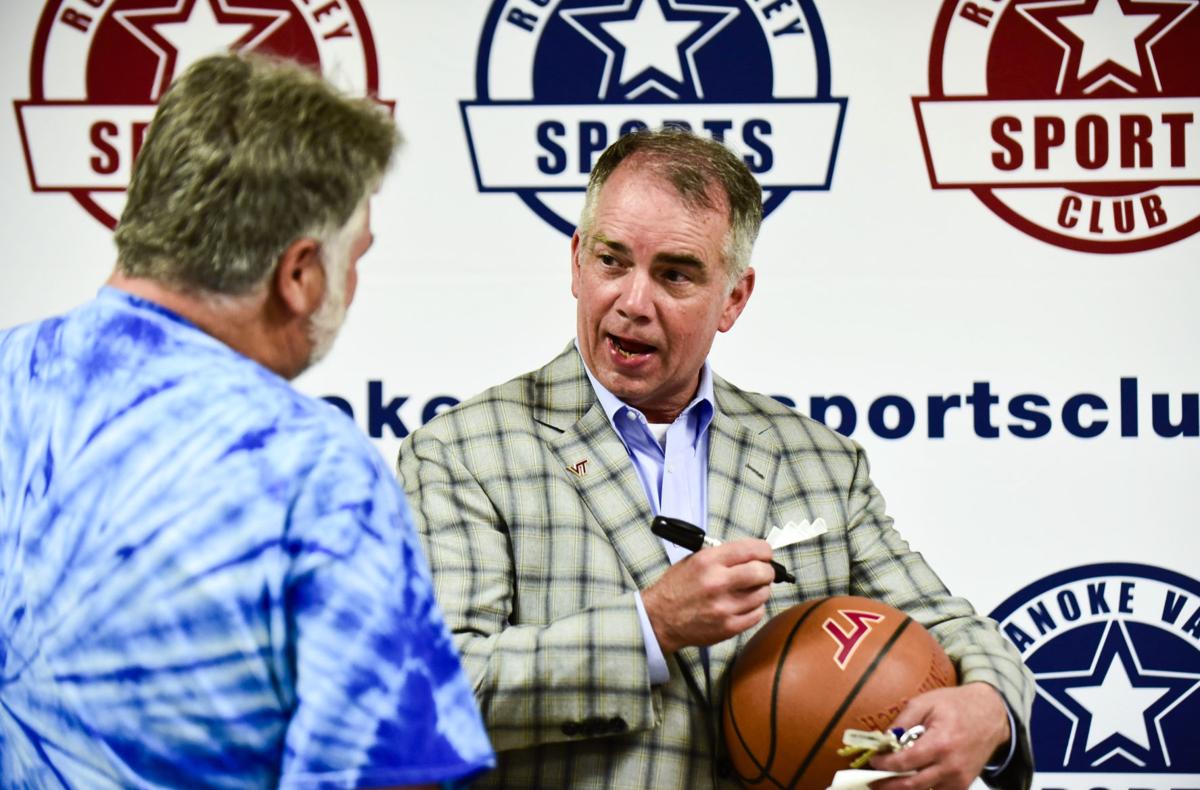 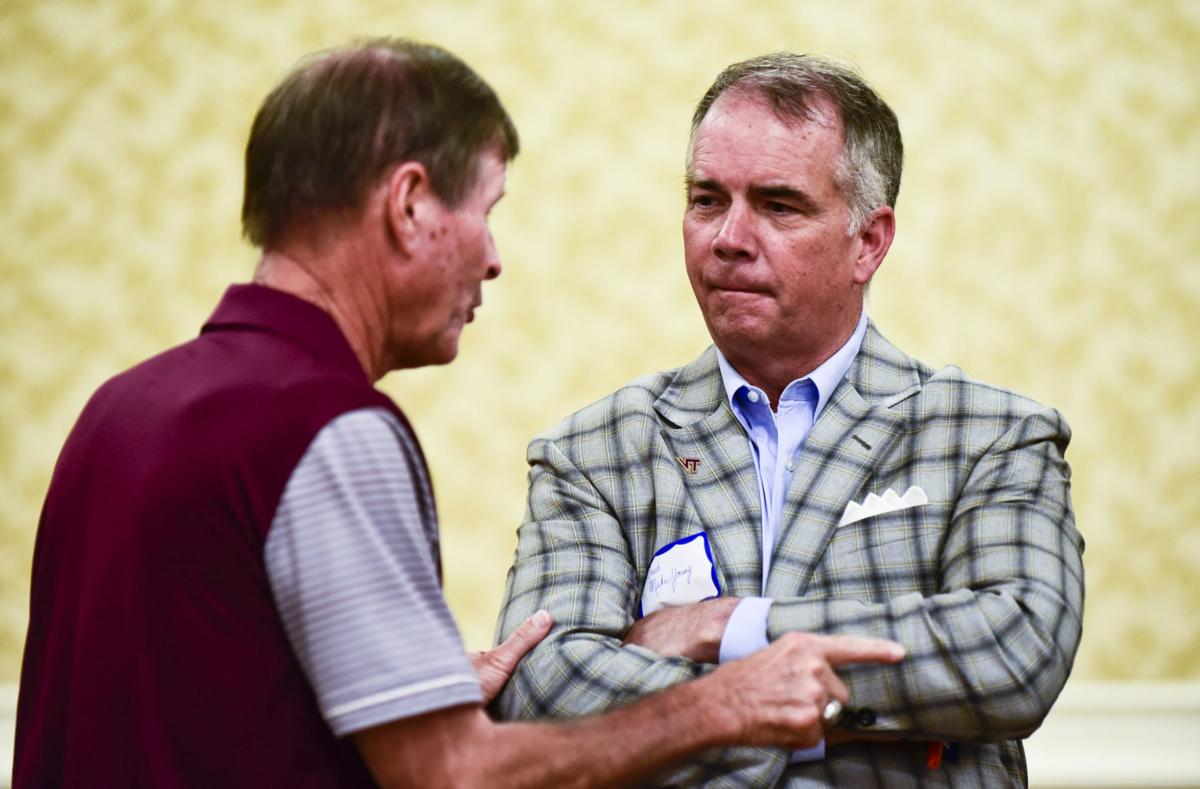 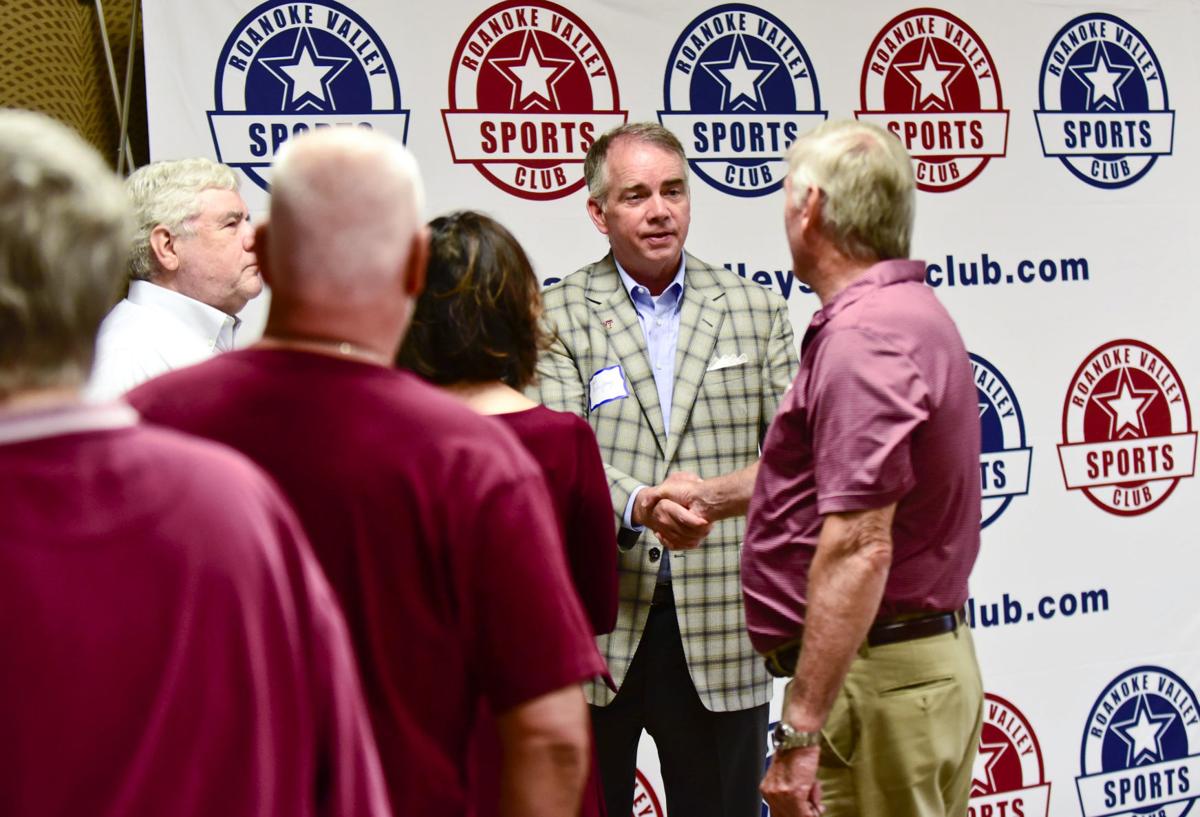 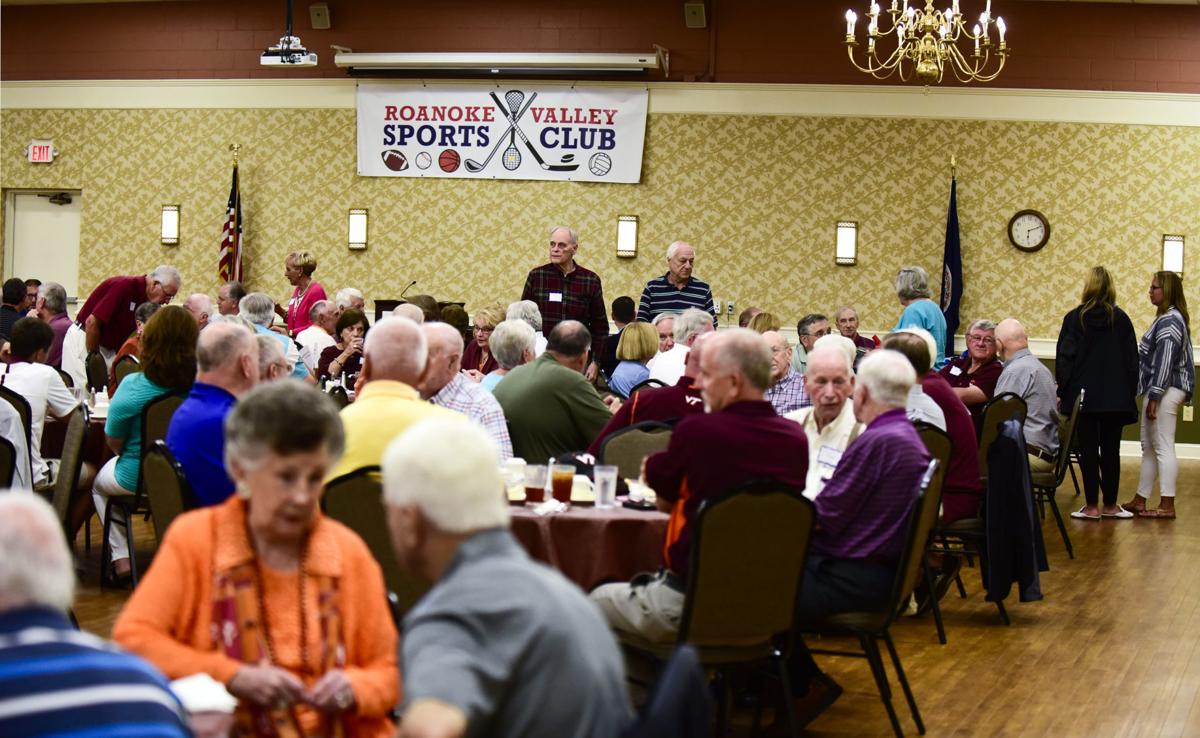 People gather Tuesday for a meeting of the Roanoke Valley Sports Club at the Salem Civic Center. Virginia Tech coach Mike Young was the featured speaker. 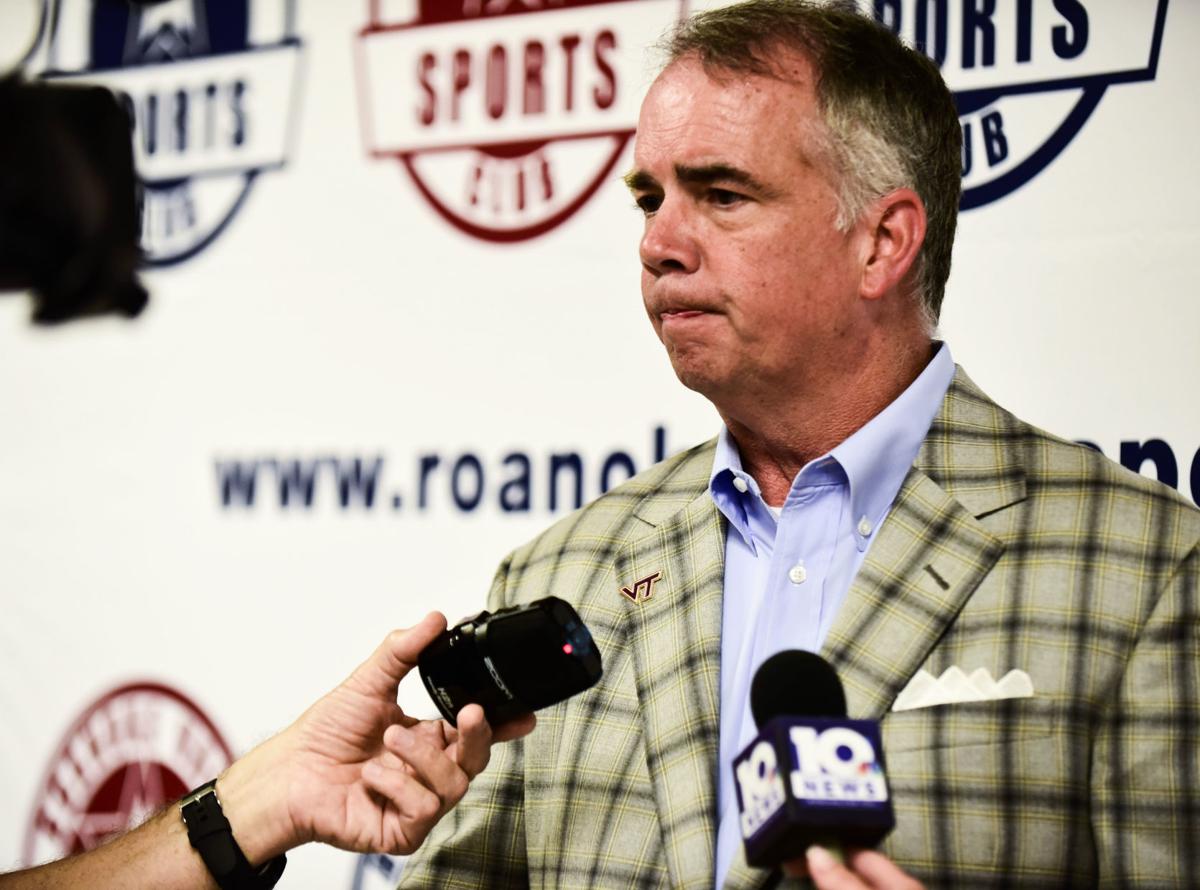 Virginia Tech men’s basketball coach Mike Young listens to questions during interviews at the social reception hosted by the Roanoke Valley Sports Club in the Salem Civic Center on Tuesday.

People gather Tuesday for a meeting of the Roanoke Valley Sports Club at the Salem Civic Center. Virginia Tech coach Mike Young was the featured speaker.

Virginia Tech men’s basketball coach Mike Young listens to questions during interviews at the social reception hosted by the Roanoke Valley Sports Club in the Salem Civic Center on Tuesday.

Virginia Tech men’s basketball coach Mike Young has been busy adding recruits in recent months, but there is still one more player he hopes to land.

Blackshear, who made the All-ACC second team as a Tech fourth-year junior last season, is coveted by other schools as a graduate transfer.

Is Virginia Tech still in the picture to keep him?

“Very much so,” Young said Tuesday in an interview at a Salem coffee shop before heading over to the Salem Civic Center to address the Roanoke Valley Sports Club. “I think we’re still very much in the picture.”

Young, who left Wofford in April to succeed Buzz Williams as the Hokies’ coach, said he has made two visits to see Blackshear and his family in Florida. Young has tentative plans to make another visit this week.

“We’re going to fight and scratch and claw until the decision is made,” Young said.

The 6-foot-10 Blackshear has reportedly visited Tennessee, Florida and Arkansas this month; a visit to Kentucky was reportedly on tap for Tuesday.

Some of those schools could provide Blackshear a better chance of making a run in the 2020 NCAA Tournament than Virginia Tech.

“I think there are other things at play,” Young said. “Coaches, players, we all want to win. … [But] he’s academically oriented. He’s very close to a graduate degree. That’s very important to him.

“This isn’t a basketball-only decision. Basketball has a lot to do with it, but he’s a very intelligent, thoughtful person.”

Blackshear announced on April 16 that he had entered both the transfer portal and the NBA Draft. On May 29, he announced his withdrawal from the draft but said he was “still evaluating my options for my last year of eligibility.”

Young said that he and assistant Christian Webster, a holdover from the Williams staff, are in “constant contact” with Blackshear.

“He is going to … choose the school and the basketball program that he thinks helps him advance his basketball career. I’m 100 percent behind that,” Young said. “I hope like crazy he comes back.”

“I’d like to see the ball in his hands quite a bit if he came back,” Young said.

“I think back to April 7 or April 8 when I got the job … and I had seven guys on my roster — one of which was Kerry, who was going through the NBA thing; two in the transfer portal; and four others. No staff. And I’m thinking, ‘What in the world do I do now?’ ” Young said. “But we’ve battled like animals.”

All four of Williams’ fall signees asked to be released from their letters-of-intent after Williams left Tech for Texas A&M.

“You go in and there’s a four-man recruiting class and they’re gone like a puff of smoke,” Young said.

Twelve scholarship players are now set for the 2019-20 roster, plus walk-on Brendan Palmer. Young has set aside the 13th and final scholarship for Blackshear.

“We have gone to great lengths to build this thing the right way, with kids we think can help us win right away,” Young said. “We’re going to have to play some young kids.

“There might be some turbulence along the way, but I’m very confident … we’re on a good course not only for the coming season but for years to come.”

“We had to get bigger,” Young said. “When I got the job, with Kerry’s situation, the biggest kid on my roster was [6-7] Landers Nolley. Landers Nolley is a small forward.

“Finding post players in the spring is even more difficult. There’s even fewer of them. But I am elated at the work of our staff.”

Aluma, who was a Wofford sophomore last season, will have to sit out the upcoming season under the NCAA’s transfer rule.

“He was a whale of a player for me, and I think the sit-out year will be incredibly beneficial in terms of his offensive skill level,” Young said.

“Your personnel dictates how you play,” he said. “I have a way I want to play. Well, I may not be able to play that way in the short term. It’ll still be spacing and ball movement and sharing and great shot selection and not turning the damn ball over.

“But the full package rollout, it may take us some time.”

The Hokies’ nonleague schedule will include three games from Nov. 25-27 in the Maui Invitational. But it will not include an early December game in the Big Ten-ACC Challenge; those pairings were announced earlier this month.

Young said he did not lobby the ACC to be excluded from the Challenge. He said it was a mutual agreement between Tech and the ACC for the Hokies to be left out of the Challenge, following “a series of conversations” with the league.

“I’ve heard from friends for years, be careful with that first game back from Maui because it takes a lot out of you, the travel,” Young said.