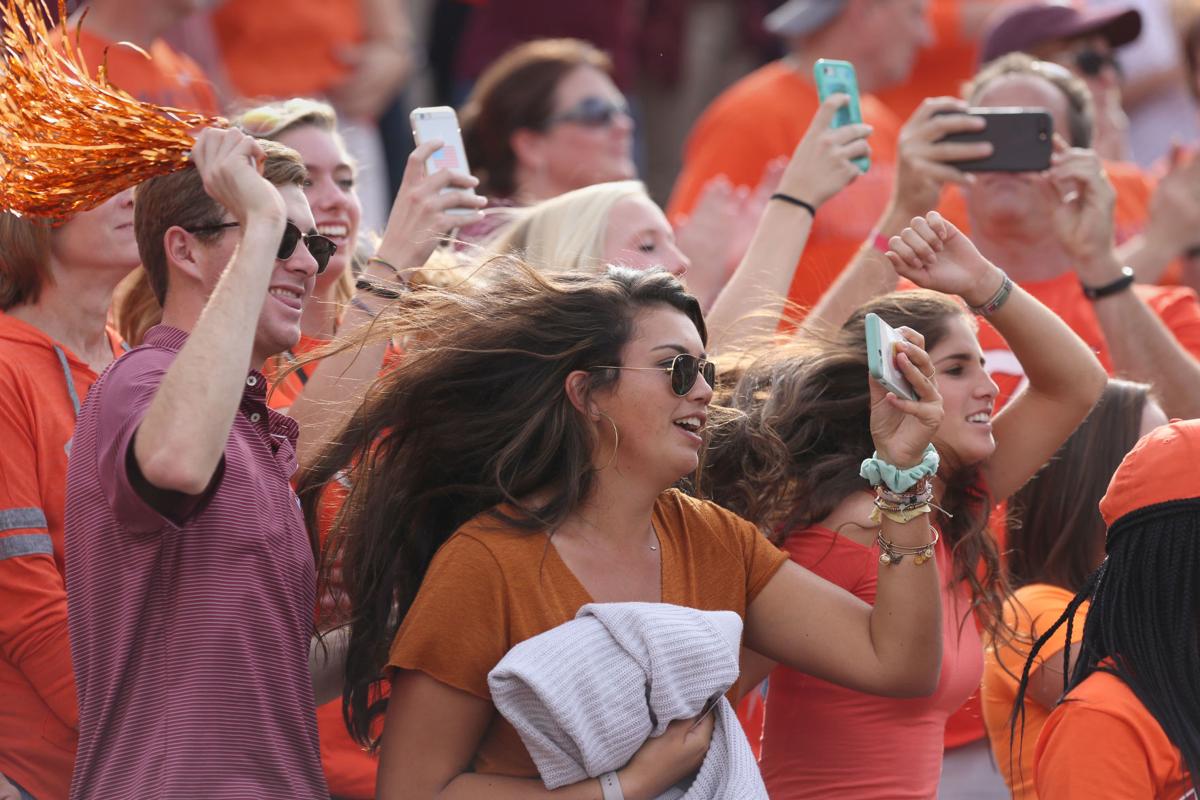 Virginia Tech fans jump up and down as the Hokies enter the stadium to Enter Sandman for the 2017 homecoming against North Carolina. 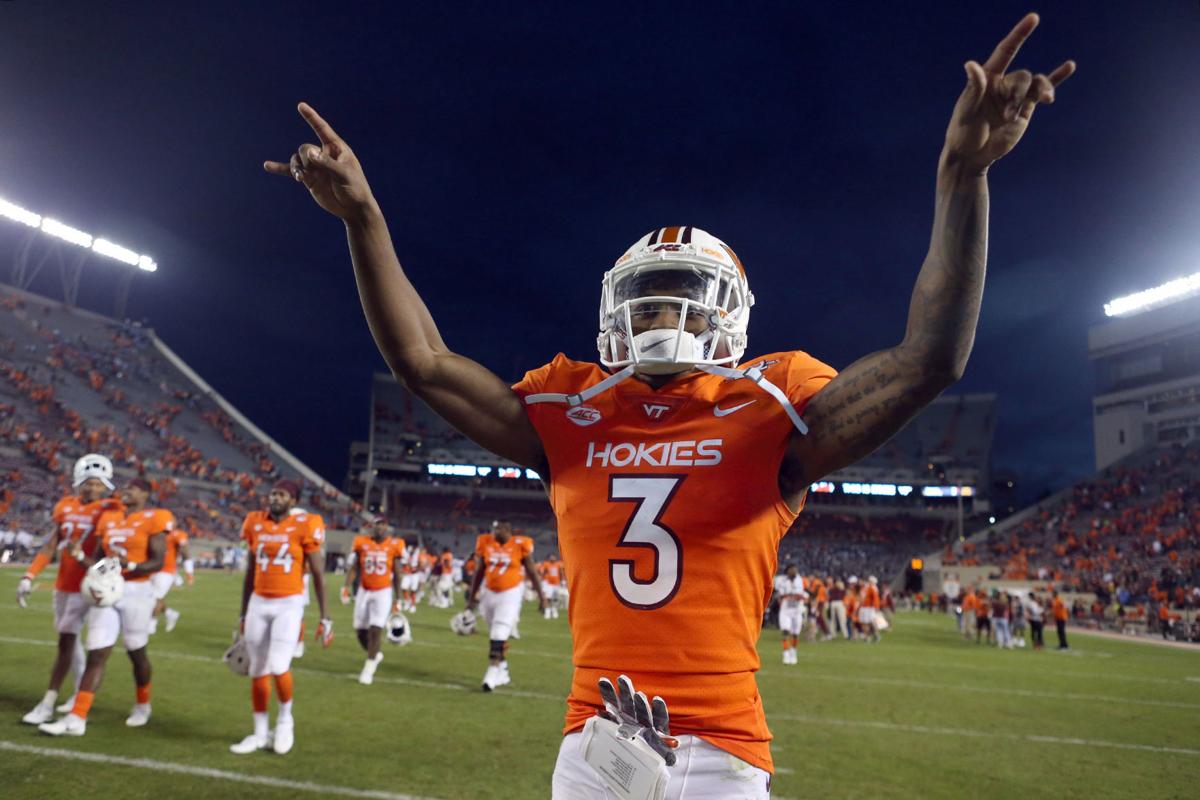 Former Virginia Tech defensive back and special teams star Greg Stroman celebrates following Virginia Tech’s 59-7 win over North Carolina in November of 2017. Stroman had a 91 yard kick off return for a score.

Virginia Tech fans jump up and down as the Hokies enter the stadium to Enter Sandman for the 2017 homecoming against North Carolina.

Former Virginia Tech defensive back and special teams star Greg Stroman celebrates following Virginia Tech’s 59-7 win over North Carolina in November of 2017. Stroman had a 91 yard kick off return for a score.

BLACKSBURG — This town could use a good party.

How long has it been since Lane Stadium really got one of those? Don’t cheat like I’m going to do and go back through the home schedule over the past few years. Really think about it.

When was the last time the Hokies put it all together on their own campus against a Power Five team?

When was the last time “Enter Sandman” felt less like a second national anthem and more like a religious experience?

When was the last time the fan base did more than merely “Start Jumping,” as the program’s Twitter tagline commands, but also kept jumping for three-plus hours, thrilled by the performance on the field?

My answer is almost two years ago to the day: Oct. 21, 2017. That was the afternoon that Tech, ranked 14th nationally, poleaxed North Carolina 59-7 to improve its record to 6-1.

There have been some fun wins since. Almost all of them have come somewhere other than here: at Notre Dame, at Florida State, at Duke last year, at Miami two weeks ago. Last year’s home victories over Virginia (not decisive enough) and Marshall (hastily scheduled booty call with an insufficient number of fans in the stands) don’t qualify as the kind of party I’m talking about.

Two years! You could see how this would gnaw at them all.

“I’m ready to put on a show for the fans in Lane,” Tech linebacker Dax Hollifield said. “That’s one of the reasons a lot of people come here, is for game day in Blacksburg.”

Exactly. And too often lately, they’ve walked out of this place angry, sad, confused, or — in the case of some of these narrow victories over lesser opponents — simply unsatisfied.

Lane will be ready to detonate on Saturday. The fans understand how important this game is. Tech announced that this one has sold out. That didn’t used to be a big deal, but it hadn’t happened yet this season and might not happen the rest of the season, either. Especially if the Hokies fail to play well.

The last time Tech had a sellout crowd was Nov. 3 of last season. The Hokies promptly lost to Boston College 31-21 — the third of four consecutive home losses for Tech.

Hollifield said the last time he felt the pure joy of 60-minute domination at Lane was the 2018 home opener, when Tech blasted William and Mary 62-17.

“I’m just ready to do that again,” he said. “That’s going to be a lot of fun. After the game, you don’t have to travel and stuff like that. You get to spend time with your family. It’s just a great experience, and I’m ready for it to happen.”

The problem, of course, is the Tech hasn’t shown anything to this point that would suggest it will. Even a 28-point lead at Miami didn’t last.

But when Tech does have its next Lane Stadium fiesta, Hollifield’s side of the ball will be instrumental in it.

Exciting defense — sacks, takeaways, clutch third-down stops — is what these folks feast on. It’s what creates the maelstrom that triggers a true home-field advantage, transforming the opponent’s poise into panic and a close game into a rout.

Tech had all that on Oct. 21, 2017. The Hokies didn’t surrender a point until the fourth quarter. They registered six sacks, picked off two passes and forced a fumble.

Tech scored touchdowns on a fumble return, an interception return and a punt return. Mop-wielding quarterback A.J. Bush ran the Tech offense in the fourth quarter.

That Tech defense was better than this one, and the Tar Heels were a lot worse. All stipulated.

It was a party. And boy, how this town could use another one of those.