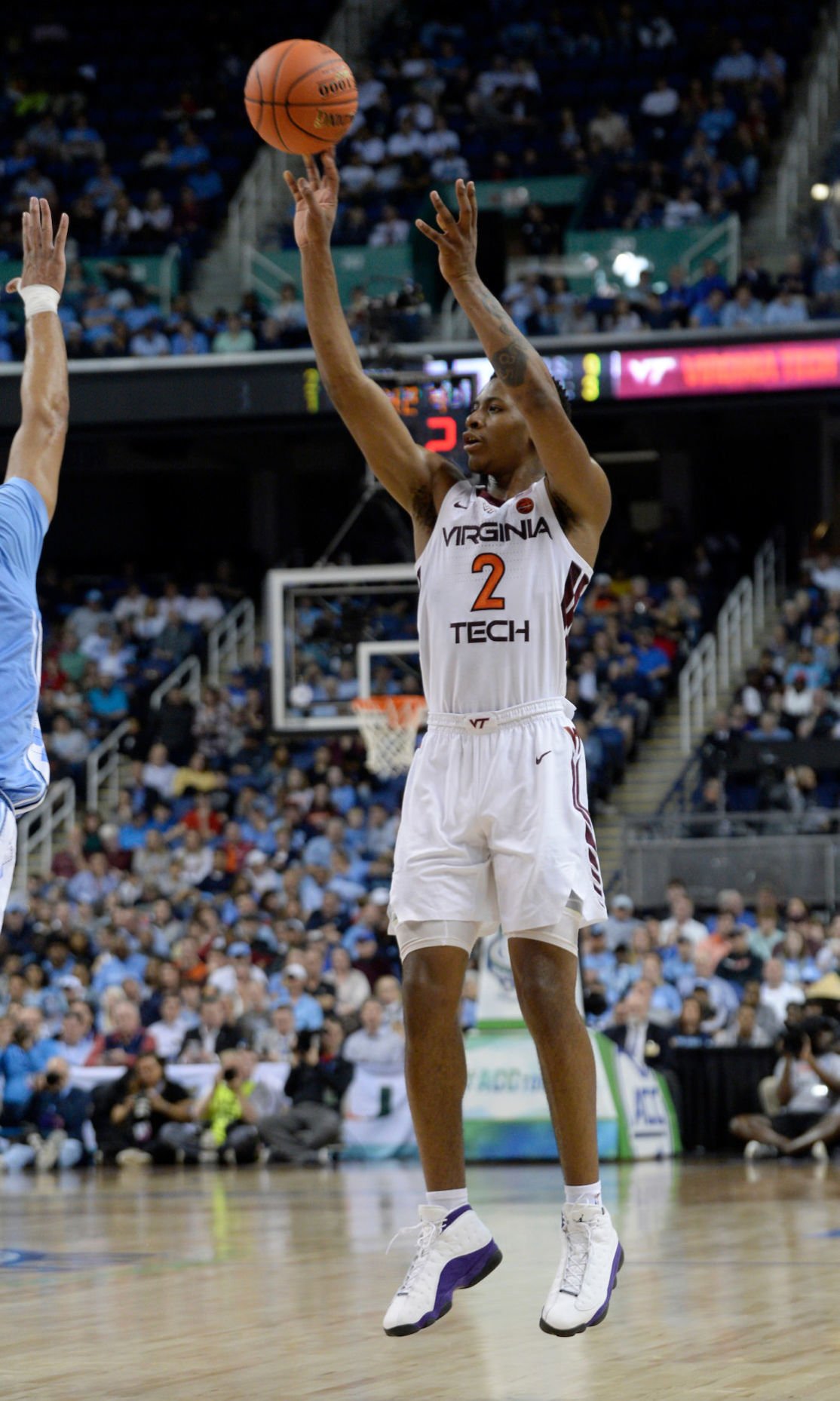 Virginia Tech guard Landers Nolley II shoots for 3 during the first round of the 2020 New York Life ACC Tournament in Greensboro.

Virginia Tech guard Landers Nolley II shoots for 3 during the first round of the 2020 New York Life ACC Tournament in Greensboro.

GREENSBORO — Analytics tell us that the best two shots in basketball are 3-pointers and layups.

Virginia Tech could make neither. Not nearly enough, anyway.

And that’s why they are heading home after one game in the ACC Tournament.

Most assumed this would be a loss for the Hokies as soon as the pairing with surging North Carolina became official. The Tar Heels are healthier than they’ve been, and they’re playing like it. Even a good-to-great shooting performance from Tech would have guaranteed nothing.

But Tuesday’s 78-56 loss was disappointing, because it didn’t showcase what the Hokies are capable of offensively.

Those who didn’t watch this game likely will assume it was never close, but it was for a bit. The Hokies went on a mini-run to close the deficit to 32-26 at halftime. With their ability to make 3-pointers, they felt very much in it.

And then they didn’t.

The Hokies came up empty on each of their first seven possessions after intermission. By the time they made their first shot of the second half, they were down 13 and UNC could start looking ahead to Wednesday’s matchup with Syracuse.

Tech finished 10 for 36 (27.8%) on 3-pointers, but that’s a notoriously fickle shot even for a team that has good marksmen. The more perplexing stat was their 5-for-14 performance on layups, including a pair of misses during the Stretch of Doom to begin the second half.

“You have guys like Nahiem Alleyne and Tyrece Radford who make those shots every single day,” Tech guard Hunter Cattoor said. “It’s nothing they did wrong; it’s just the ball didn’t bounce our way tonight. You just see the ball bounce off the rim, not go in off the backboard — it’s tough seeing that.

“I know it’s frustrating for them, because I know they can make that play, and they make it all the time.”

Credit Carolina for some of that, of course. There’s a reason the Tar Heels have the best rebounding margin in the conference. The 6-foot-9 Garrison Brooks and the 6-foot-10 Armando Bacot not only pull down a ton of boards, but they also give any opponent willing to drive the lane a reason to be nervous.

“They are big down there, so when you get down there in the lane, they kind of force you to get it up a little higher,” Tech guard Jalen Cone said. “But some of those were on me. I’m going to see that in the film to where I actually should have kept my dribble alive and got it out to one of my shooters, because they like to crash.

“But we just weren’t knocking down shots that we normally make tonight.”

Truth be told, Tech’s shooting hasn’t been great for a while. Since beating UNC in Blacksburg on Jan. 22 to move to a stunning 5-3 in the ACC, the Hokies have shot better than 44% from the field only once — in their home victory over Clemson last week. This game marked the eighth time in the past 13 games they’ve shot 40% or worse.

“I haven’t had that a lot in my career,” Young said. “You put so much pressure on your defense when you don’t score it. At some point, the levee breaks and you’ve got a problem.”

Tech missed some good looks early in the game during a run of eight straight field goal misses — an open 3-pointer by P.J. Horne from the top of the key, a 12-footer from Alleyne — that could have perhaps given them a halftime lead.

Instead, the selection devolved the more desperate the situation got. At one point in the second half, the Hokies airballed two 3-pointers in a span of three possessions.

Result: an exit that most anticipated, but one that left the Hokies regretting that they didn’t bring anything close to their best.