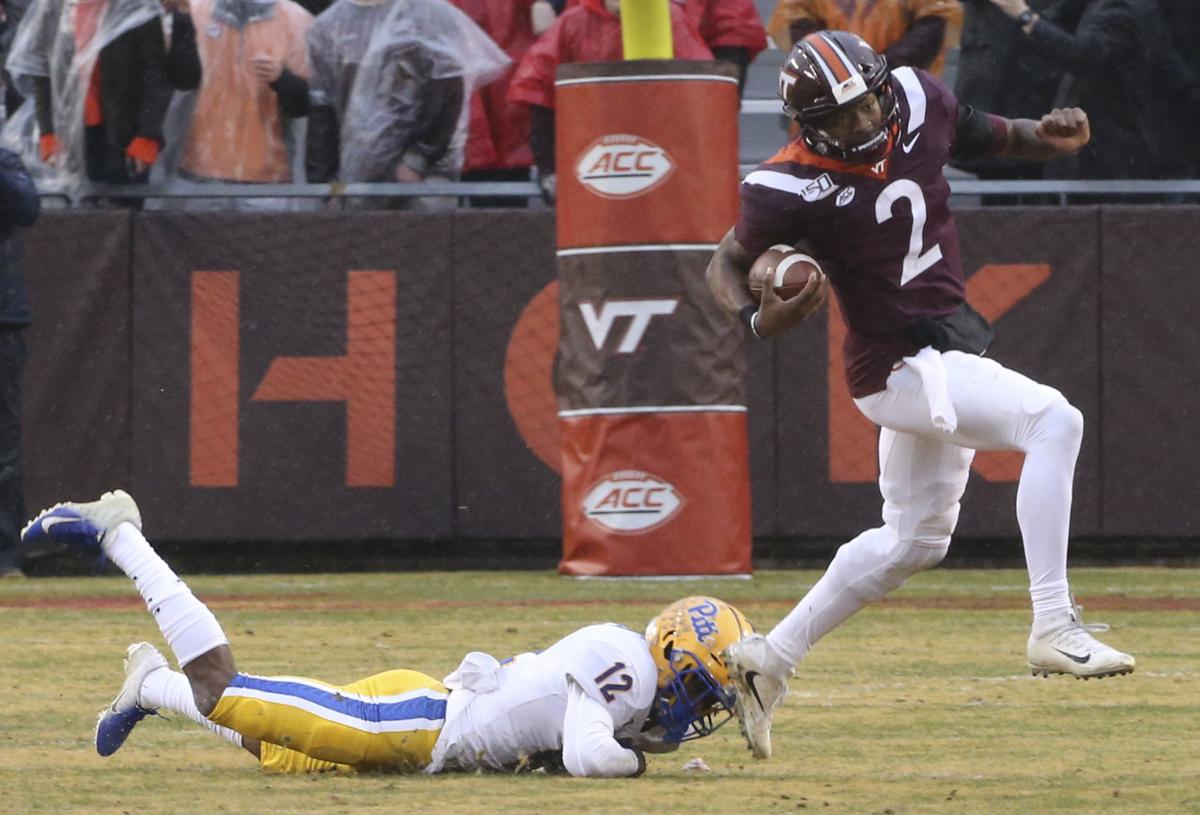 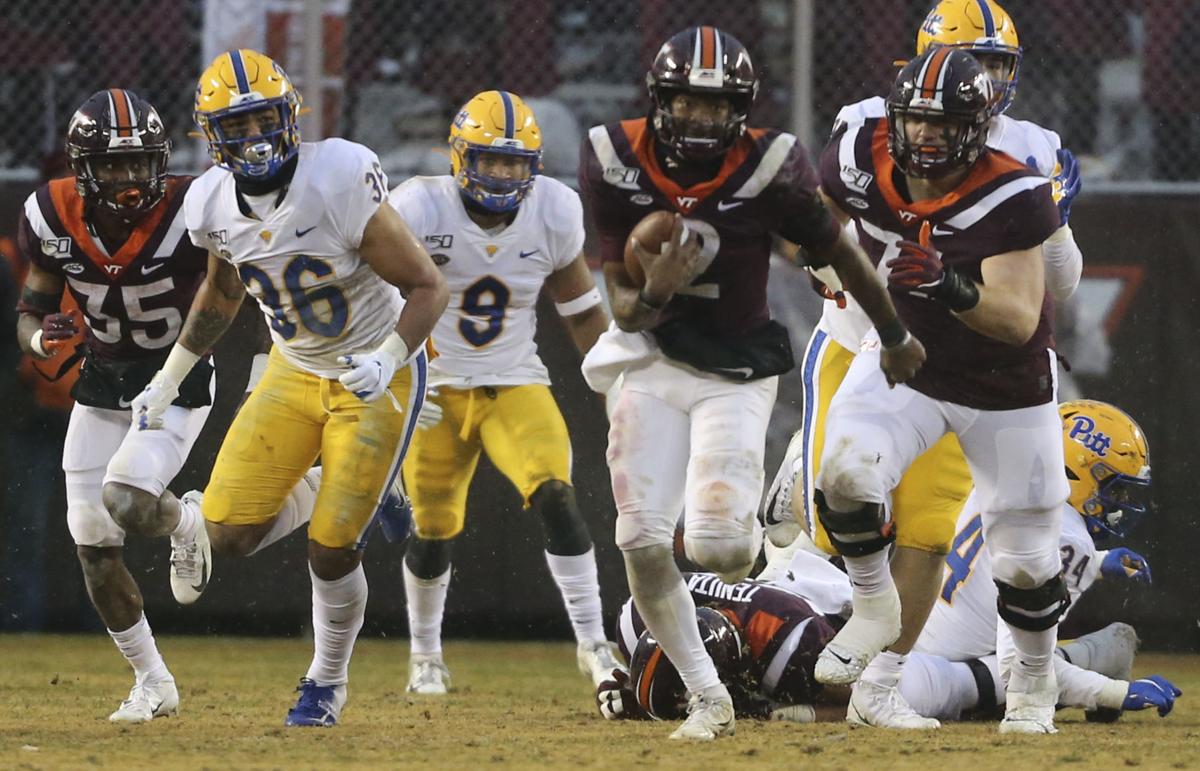 Virginia Tech quarterback Hendon Hooker (second from right) runs for a first down against Pittsburgh.

Virginia Tech quarterback Hendon Hooker (second from right) runs for a first down against Pittsburgh.

BLACKSBURG — The one thing we thought we knew heading into this season was this: Come November, when Virginia Tech and Virginia played their annual rivalry game, the Cavaliers would have the edge at quarterback.

We don’t know that anymore.

The Hokies would not trade Hendon Hooker for Bryce Perkins. Not now. Not even as good as Perkins is, as much trepidation as Perkins strikes into their defense, as much of a focal point the UVa quarterback will be come Friday.

Hooker, as we all know, is 6-0 as Tech’s starting quarterback. He’s been the team’s leading rusher three times. He’s completed 62.7 percent of his throws, fired 10 touchdown passes — and perhaps most impressively — has yet to throw an interception.

Hooker’s quarterback efficiency rating of 179.32 would lead the ACC if he had enough games to qualify, edging Clemson’s Trevor Lawrence (171.83).

“Just his leadership skills,” Tech linebacker Rayshard Ashby said. “The way he steps up and tries to lead this team, the energy he brings, just bringing people up, words of encouragement before the game. Just his confidence in himself and his team helps the whole team out.”

Hooker is like that rug in “The Big Lebowski” — he really ties the room together.

The Hokies are sustaining drives with him at the controls. They’ve won the time-of-possession battle — often decisively — in five of the six games he’s started. That’s kept the defense fresher, helping Tech post back-to-back shutouts.

“I think the record speaks for itself,” UVa coach Bronco Mendenhall said. “As a starter, that’s really how quarterbacks are evaluated, right? Once they lead a team, what’s the record, what’s the outcome, the yield? Very similar for coaches. Once you have the position, what’s happened?

“It’s very difficult to argue against the results, because they just win when he’s playing quarterback. He’s really doing a nice job, as well as the coaches designing things that fit the capabilities that their quarterback has.”

Mendenhall has never tried to downplay how important Perkins has been to his own team’s success. After the Cavaliers won their bowl game in dominant fashion last season, Mendenhall pointed to Perkins as the single most important factor in the program’s progression.

It’s hard to argue. Perkins stands alongside Oklahoma’s Jalen Hurts as the only players in the nation to pass for at least 2,625 yards and run for at least 520 yards. He leads the ACC and ranks 16th nationally with 3,161 yards of total offense.

Most importantly, if you’re playing against him, he scares you.

“It’s hard to simulate,” Tech coach Justin Fuente said. “The guy makes so many plays, both designed and improvised, and seems to keep his eyes down field when he needs to. He can tuck it and run when wants to. He’s a strong runner.

“Just watch him film after film, opponent after opponent, guys just fall off of him as they are trying to get the angle.”

We knew all that in August. But November is here. The rivalry is upon us.

And the Hokies couldn’t be happier with the guy they have.