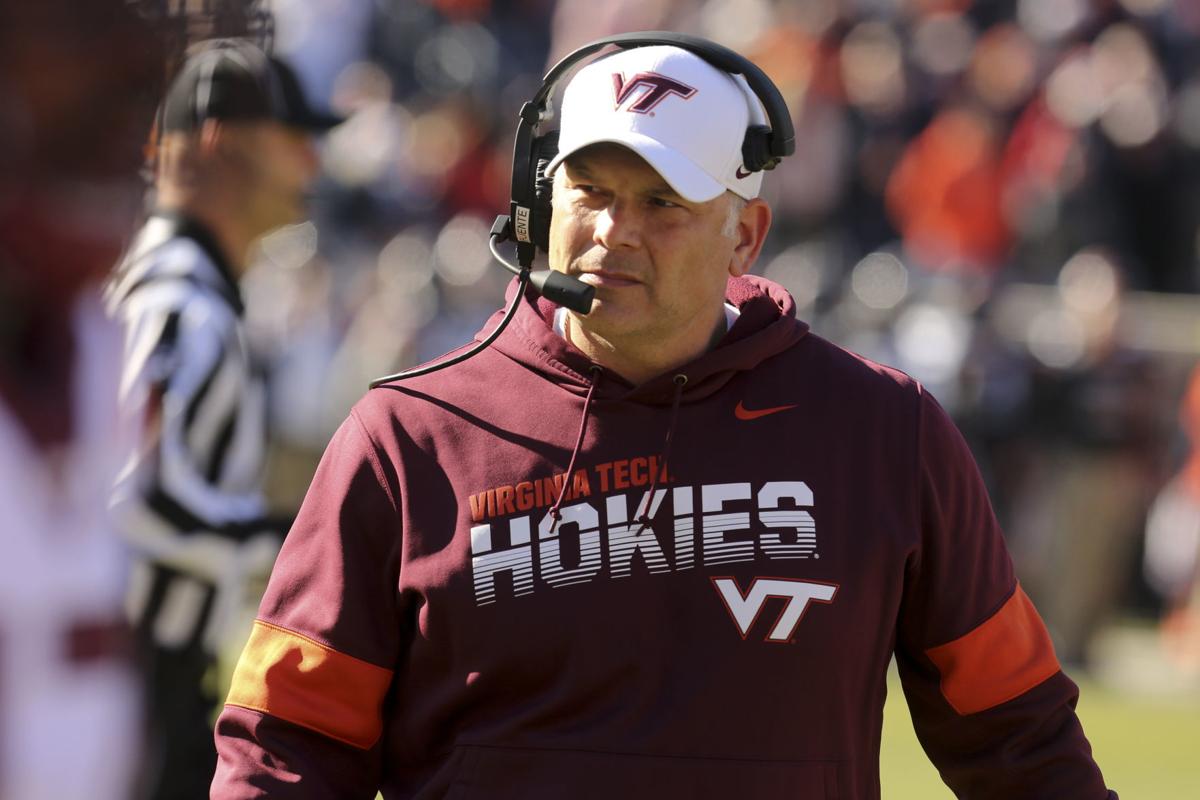 Virginia Tech head coach Justin Fuente was courted this week by Baylor, which lost its coach Matt Rhule to the Carolina Panthers. 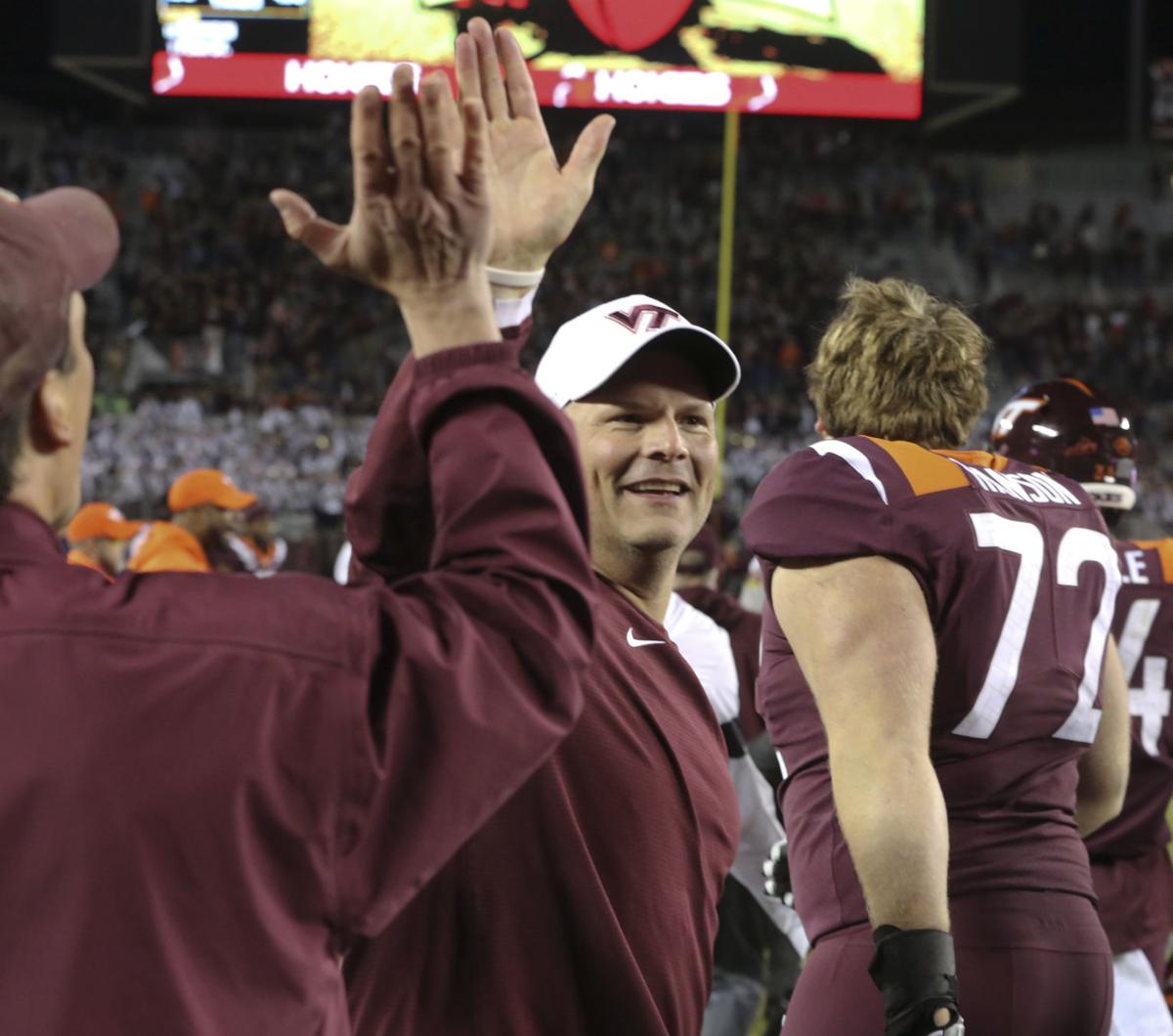 Virginia Tech head coach Justin Fuente was courted this week by Baylor, which lost its coach Matt Rhule to the Carolina Panthers.

A single, lonely, three-word message on Twitter proclaiming, “2020 — Let’s go!” That rallying cry was positioned above a photo of the Virginia Tech football coaching staff sitting around a V-shaped table in a meeting room.

A tweet. That’s how Tech coach Justin Fuente decided to kind of, sort of tell everyone that he wasn’t leaving Blacksburg on Thursday. He deemed this sufficient.

Fans who spent the previous two days worried about him possibly bolting for Baylor? Donors who might have wondered about how committed he is to Tech?

And maybe that’s enough for some people. Maybe hearing Fuente explain his thought process this week isn’t necessary. Maybe it wouldn’t change how anybody feels.

But we’re in the middle of January, and the Hokies just spent a couple of days wondering if they still had a football coach. Meeting-room photo or no meeting-room photo, that’s not business as usual. It just feels like a little more communication is in order here.

And this doesn’t even mean necessarily talking to the media. If Fuente doesn’t feel like answering questions or perhaps saying the wrong thing about this, there are other ways to handle it. He could record a short video that could be posted on the athletic department’s website. Record it as many times as you need to until you’ve mastered the message that imbues the fan base with some confidence.

Barring that, craft a conciliatory, rah-rah written statement and send it out. That’s the route he took when all those players transferred a couple of years ago. It’s not the most personal mode of interaction, but at least it’s something.

Look, Fuente didn’t commit any crimes here. He talked to another school about a job. All of us have that right to explore opportunities that can improve the lives of ourselves and our families.

But it’s just so odd that, once there was a resolution, he didn’t feel the need to clear up any confusion. He continues to handle his very public position in a very private way, even when it’s no longer necessary nor prudent to do so.

Tech athletic director Whit Babcock held a conference call with reporters on Thursday, which was at least an attempt to put a better public face on all this. Babcock called the prospect that he might have to conduct a coaching search this week “not much fun.”

“Of course you never love it when your coach is talking to other people,” Babcock said. “But he has turned down a number of other opportunities, a lot of money, and his loyalty is probably not as widely known as it should be.”

Perhaps that’s true. And whose fault would that be? Fuente had every opportunity to profess his loyalty publicly this week, to make it crystal clear, and he chose to punt that chance.

So we have a tweet. Fitting that he mentioned 2020, because this coming season couldn’t be bigger for him or this program.

The main reason for consternation this week was simple: The 2020 Hokies have a chance to be the best team in Fuente’s tenure, and nobody wanted to see that potential crumble because of coaching upheaval.

Fuente will do his talking with his performance. And the better the performance, the less any of this matters.

Just don’t expect any more engagement than this. The tweet has spoken. And evidently, it’s the only thing that will.

Photos: A recap of Justin Fuente's first four years in Blacksburg as the head coach at Virginia Tech

There isn’t much to indicate that VT will be any better this year than last and certainly not as good as the year Jayrod Evans was the QB and nearly defeated Clemson. 2020 holds the same suspense and confusion as 2019.

Not surprised at the way he handled this. In virtually every interview I’ve seen , win or lose, he looks grim like he’s lost his last friend. Does he hate the job that much?

It’s just his personality. He is stuck with this job at VT, I don’t think Baylor offered what he wanted. At least scheduled several cupcake games in the early part of the season like they used to do. This should guarantee them being in the top 25 within the first 5 weeks anyway.