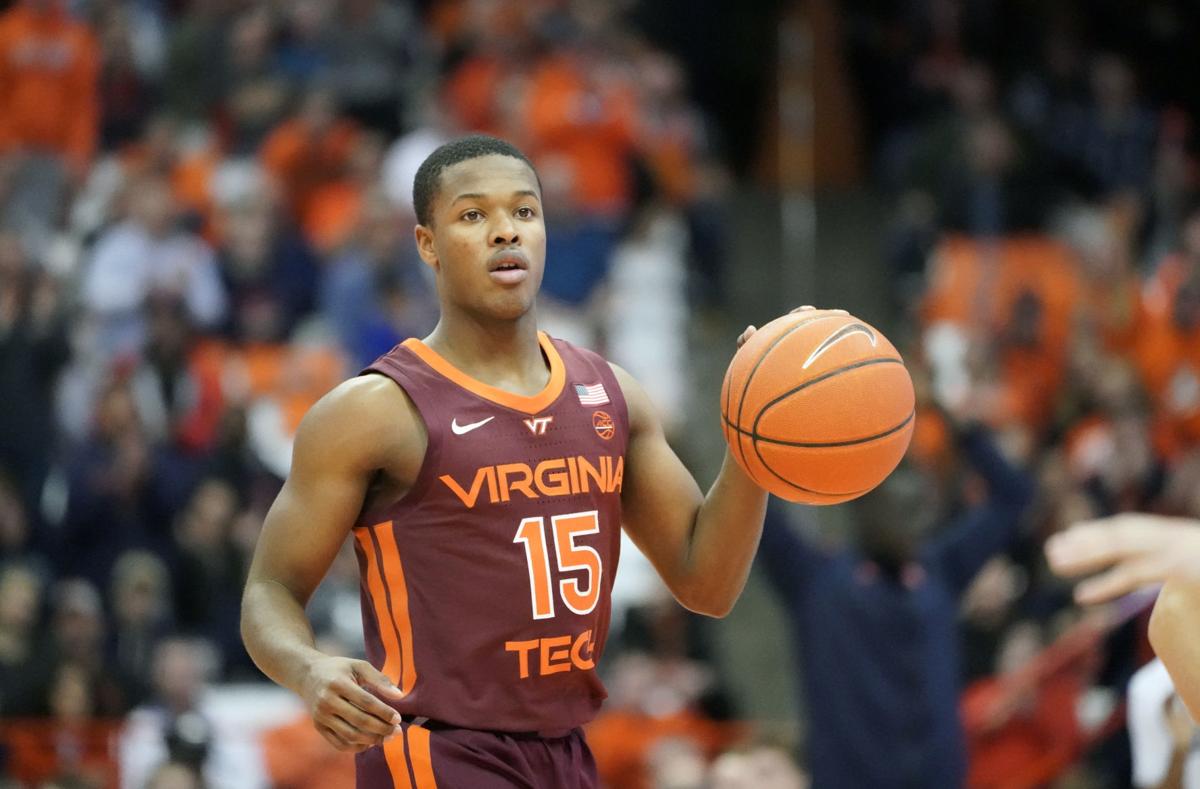 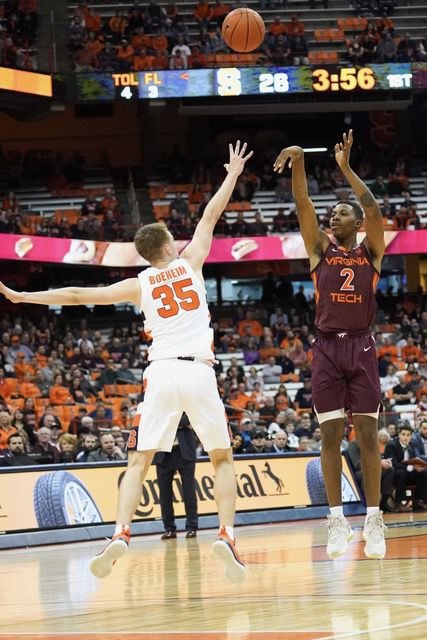 Virginia Tech redshirt freshman Landers Nolley II (2) scored nine of his 13 points in the second half Tuesday in the team's win at Syracuse. 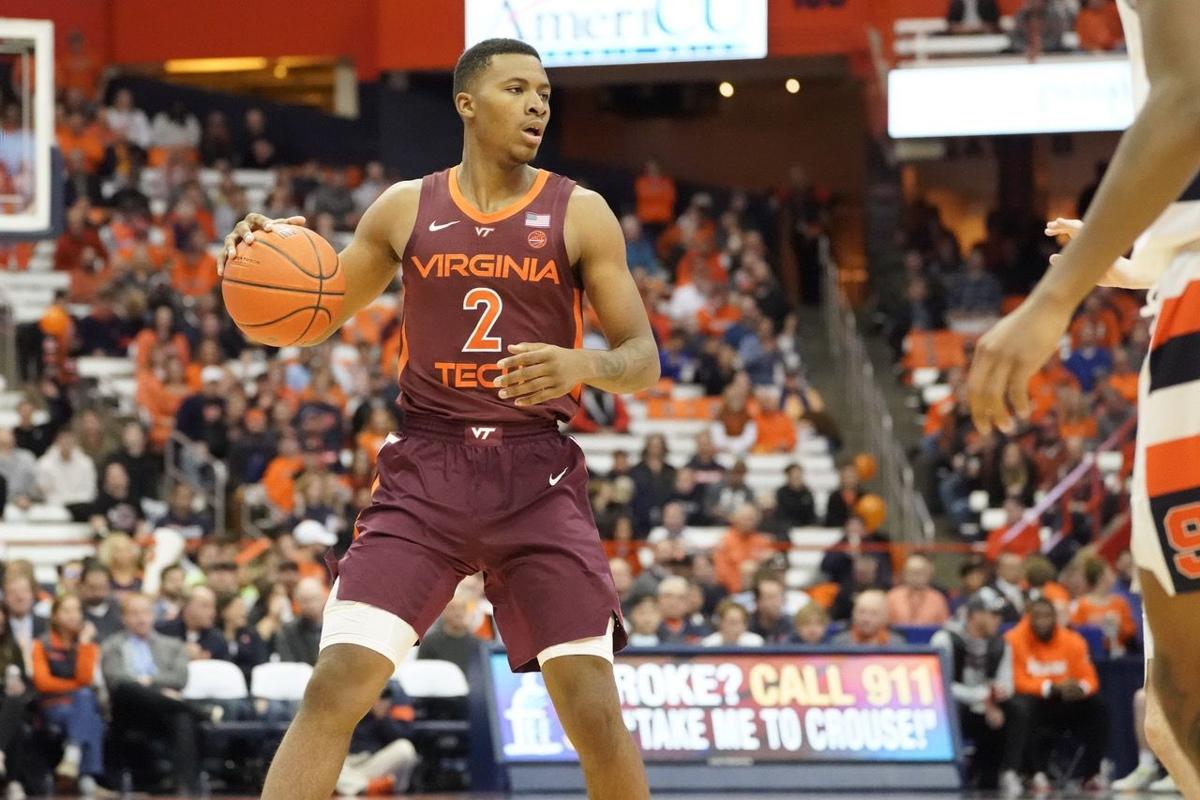 Virginia Tech redshirt freshman Landers Nolley II had nine of his 13 points in the second half Tuesday in the team’s win at Syracuse. 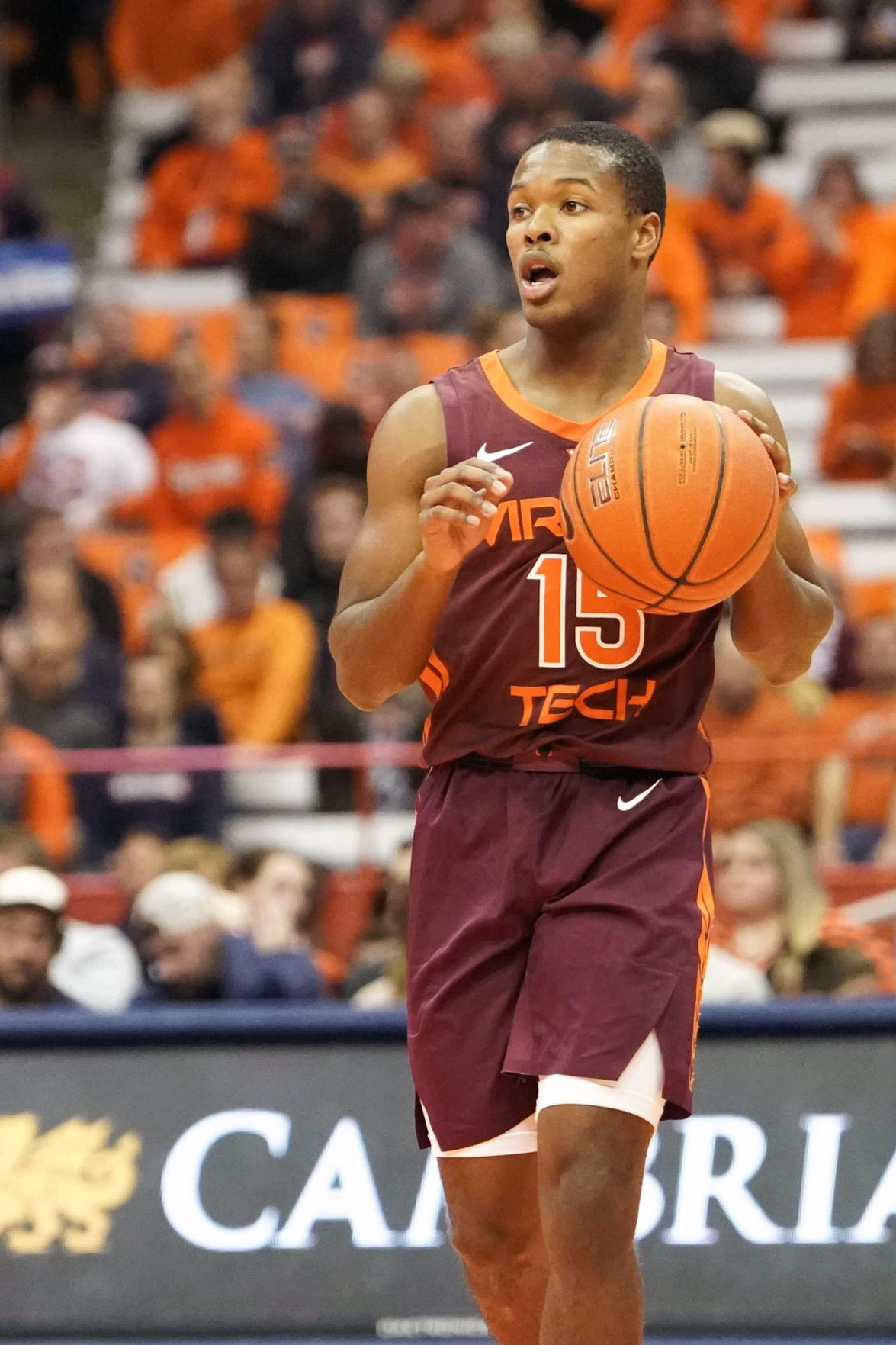 Virginia Tech freshman Jalen Cone had 19 points and five 3-pointers off the bench in Tuesday's win at Syracuse. 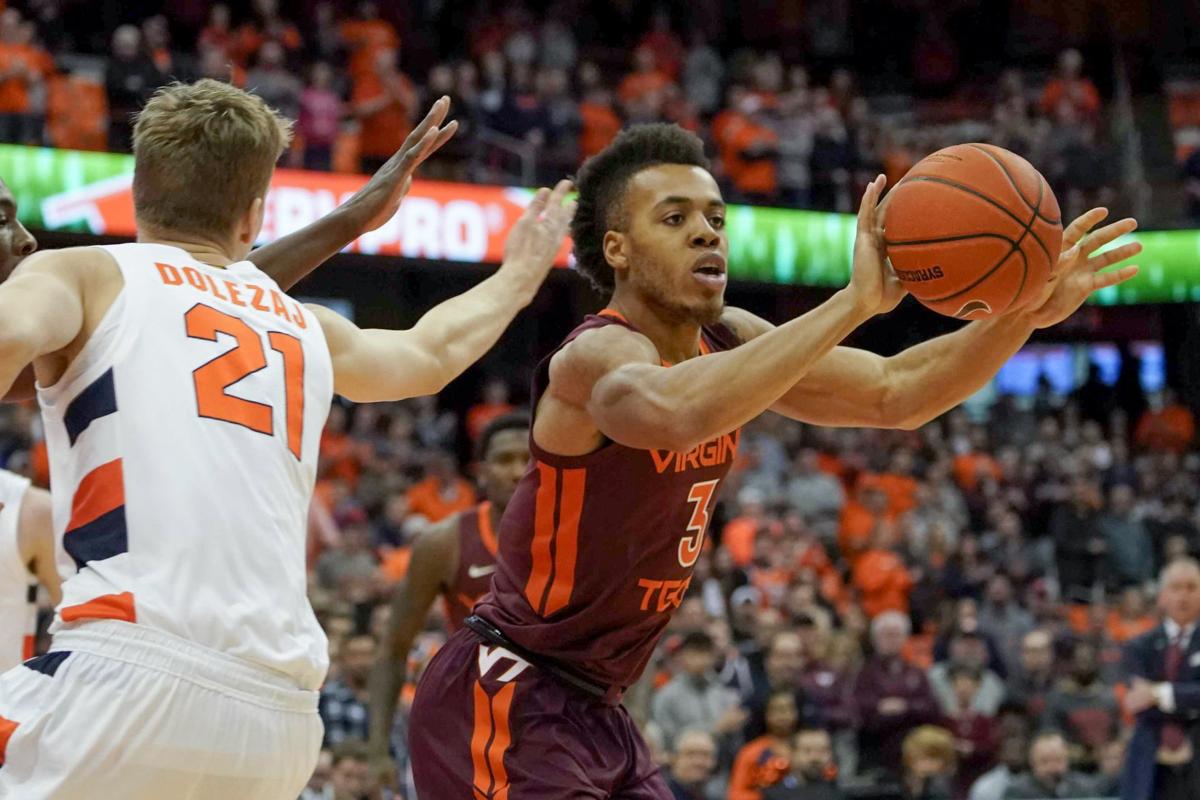 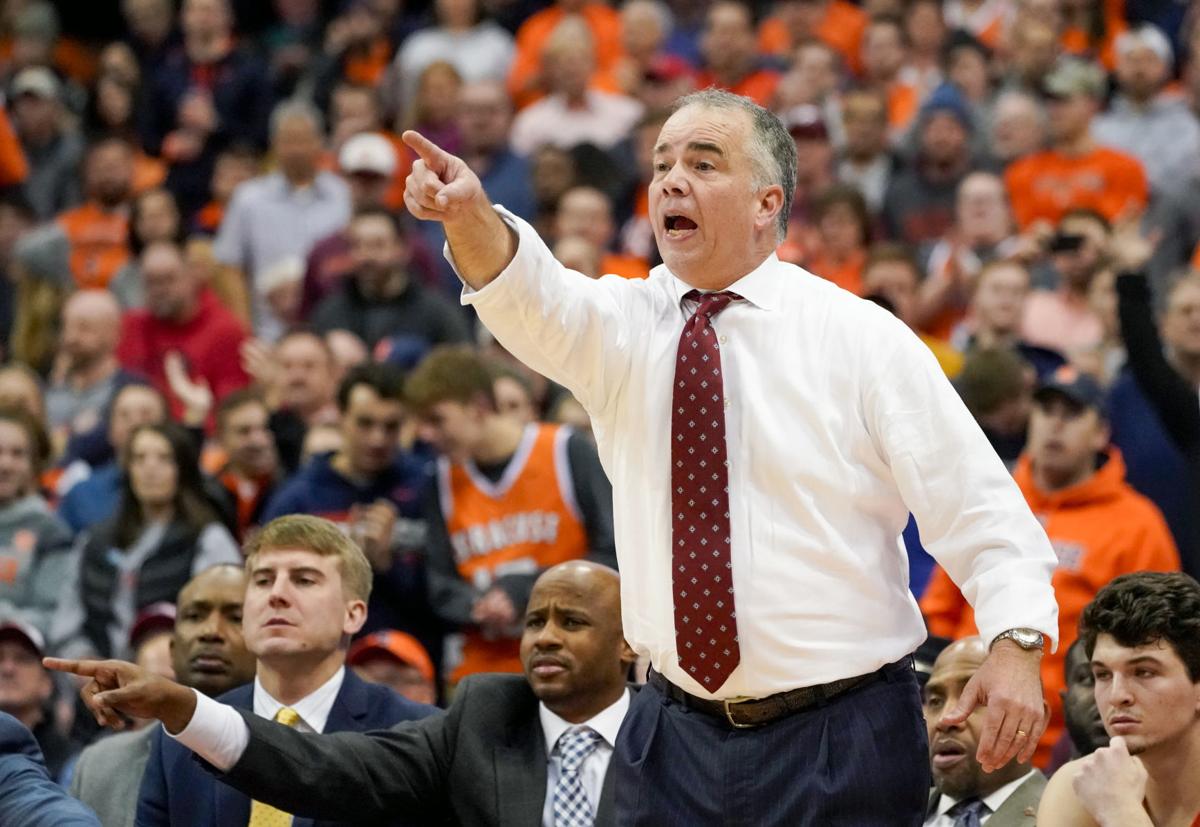 Virginia Tech redshirt freshman Landers Nolley II (2) scored nine of his 13 points in the second half Tuesday in the team's win at Syracuse.

Virginia Tech redshirt freshman Landers Nolley II had nine of his 13 points in the second half Tuesday in the team’s win at Syracuse.

Virginia Tech freshman Jalen Cone had 19 points and five 3-pointers off the bench in Tuesday's win at Syracuse.

The freshman reserve guard scored 16 of his career-high 19 points in the second half to help the Virginia Tech men’s basketball team rally past Syracuse 67-63 at the Carrier Dome.

“My teammates and my coaches … tell me all the time, ‘Jalen, shoot the ball. Let it go,’ ” Cone said Tuesday night after the win.

Cone tied his career high with five 3-pointers, including four in the second half.

“I knew that Cone, if we were going to win, was going to have to get a couple shots down. I don’t know that I expected him to get five up and down from long range,” Tech coach Mike Young said. “But that’s what he does. He is a dynamic scorer. That was his rep coming out of high school.”

“The resolve and the toughness and the grit and all the things that you look for out of a team, we displayed that [Tuesday],” Young said. “I’m proud of them.”

After making just four of their 25 3-pointers at UVa, the Hokies were 10 of 36 from 3-point range against Syracuse coach Jim Boeheim’s 2-3 zone defense. The 36 3-point attempts were one shy of the school mark set earlier this season.

“They’re going to keep shooting it. We have no choice,” Young said.

“[It was about] trusting each other more and when you see a window, attack it. Don’t be timid,” said Landers Nolley II, who had 13 points, five rebounds and four assists. “Coming off a loss, we needed the win. So we just came in confident.”

The Hokies accomplished something Tuesday that they had been unable to do under Ricky Stokes, Seth Greenberg or Buzz Williams — beat Syracuse at the Carrier Dome.

Tech had been 0-6 all-time against the Orange at the Carrier Dome. Tech’s only previous win in the building had come against Fairfield in Syracuse’s Carrier Classic tournament in 2000.

“This win tonight showed us the potential we have,” Cone said. “[It was a matter of] knocking down big shots in clutch moments.”

The Hokies trailed 33-27 at halftime.

“Could you tell I never played against Coach before?” said Young, who is in his first season at the helm of the Hokies.

But Cone, who had played only five minutes in the first half, shined in the second half.

“We had to get another kid on the floor [in the second half] that could bang a shot,” Young said. “It’s just a good player rising up and banging shot after shot.

“Cone just gave us another dynamic person on the outer edges of that [zone]. … He can really shoot it. And he elevates.”

The 5-foot-10 Cone scored in double figures for only the fourth time this season. His 19 points came in just 19 minutes of action Tuesday.

“When people’s packing the lane, in order to bring them out, what you’ve got to do is hit deep 3s along the perimeter,” Cone said. “That’s what I tried to do.”

“I told them [early in the second half], ‘We’re going to get one down, the skies are going to open and everything’s going to be OK,’ ” Young said. “I was hoping like hell that was true. And it was. Jalen Cone went crazy from there.”

Cone had 11 points in the run, including a pair of four-point plays. He later had a key 3-pointer with 1:42 left.

Nolley had six points in the 21-4 run and P.J. Horne added four.

Nolley was just 1 of 11 from 3-point range in the game, but his lone 3-pointer came during that run.

He scored nine of his 13 points in the second half, including three key free throws in the final 20 seconds.

Horne scored eight of his 12 points in the second half, including a key jumper with 41.5 seconds left.

Wabissa Bede had eight assists for the Hokies.

The Hokies had 20 assists on their 21 baskets.

“We definitely moved the ball more [than at UVa],” Cone said.

“They played physical and we didn’t handle it very well,” Boeheim said.

“We weren’t in foul trouble, so we tried to play more aggressive, get them out of rhythm,” Nolley said.

Syracuse had tied a school record with 15 3-pointers in an 88-87 home loss to Notre Dame last weekend. But the Orange made just six 3-pointers Tuesday.

“Notre Dame was an offensive team that lets you shoot. … [Tech] guards you,” Boeheim said. “They were very physical.”

Tyrece Radford had nine rebounds for the Hokies, who outrebounded the taller Orange 20-19 in the second half.

Virginia Tech rallies to prevail over Syracuse at Carrier Dome

The Hokies paid a visit to the Carrier Dome.