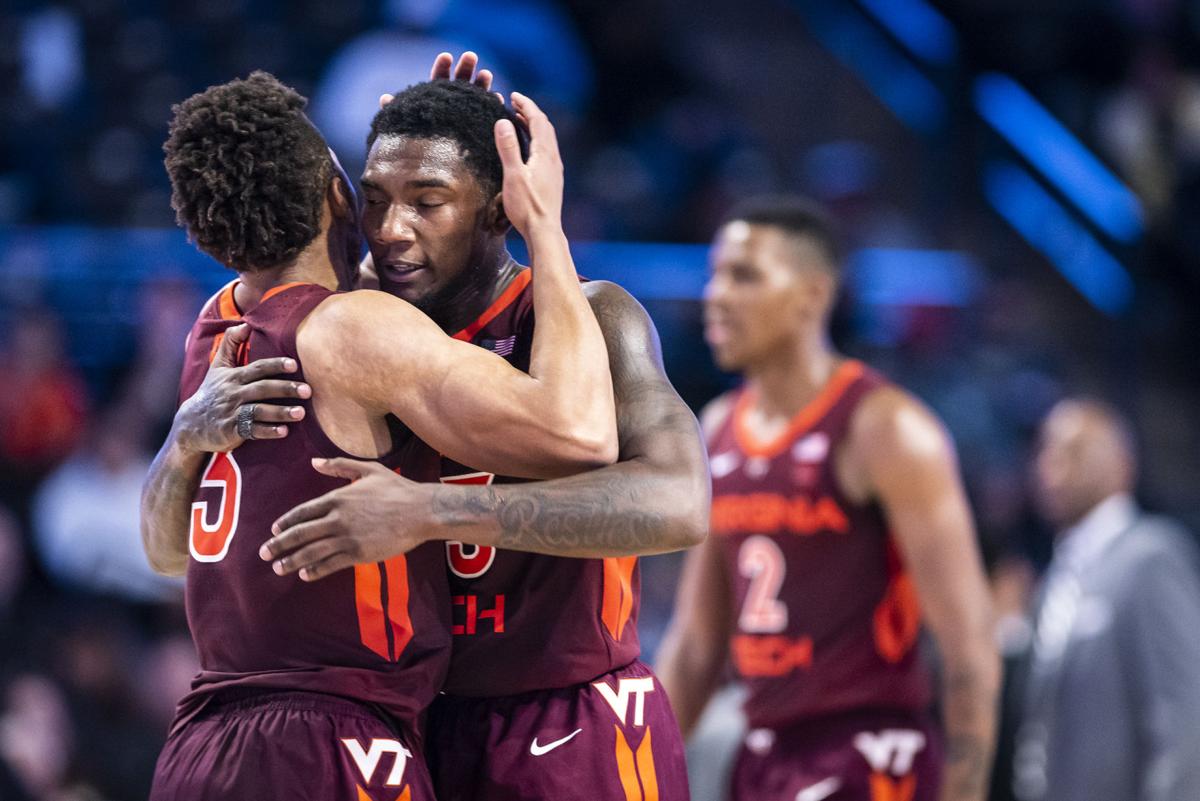 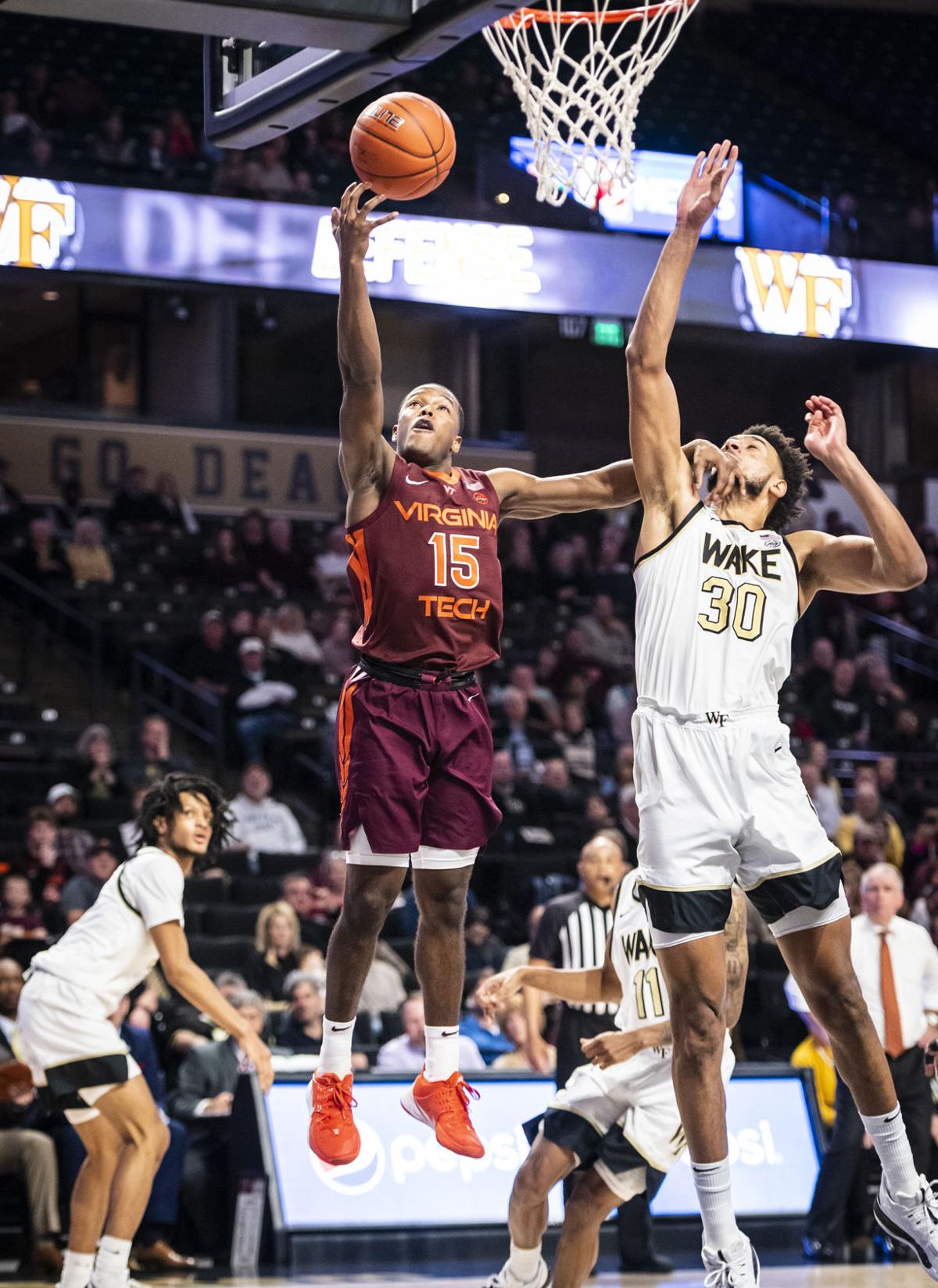 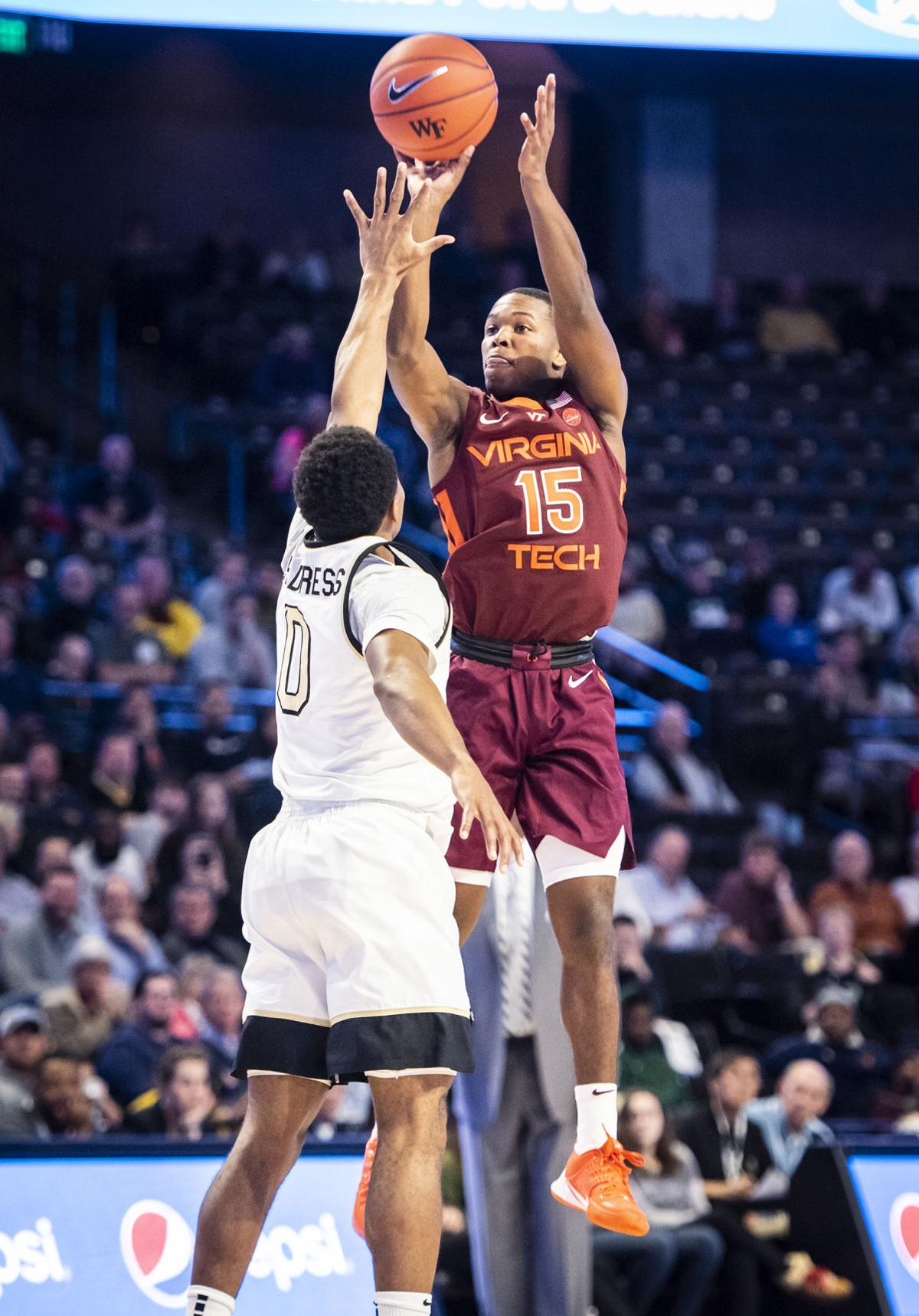 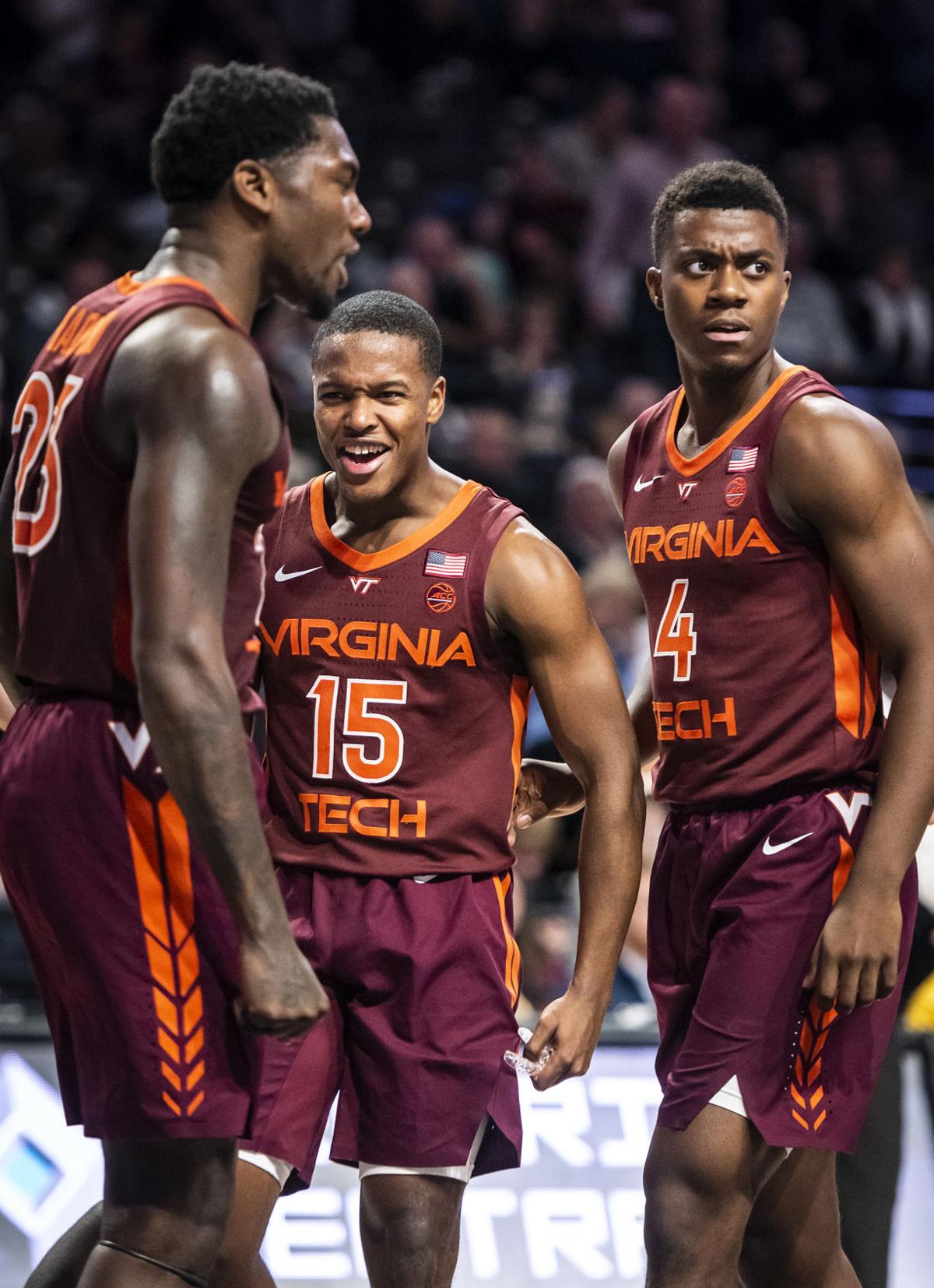 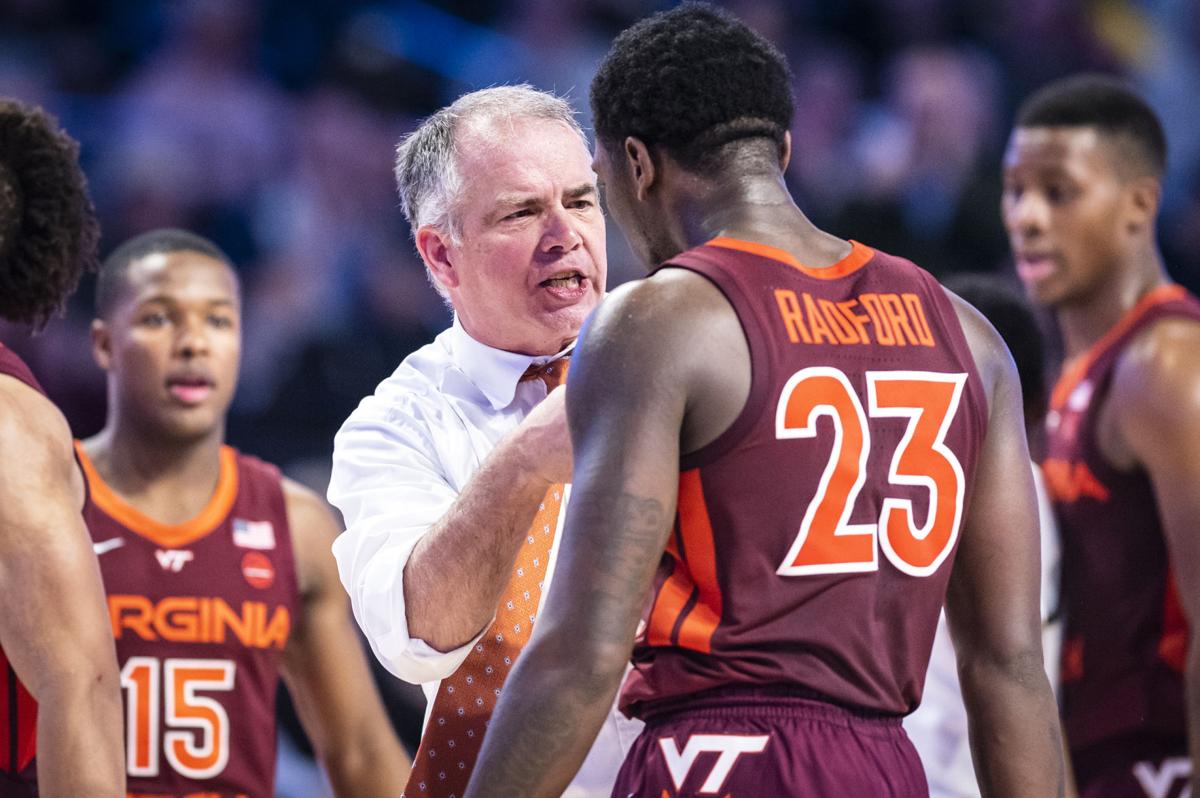 WINSTON-SALEM, N.C. — Landers Nolley II is no longer the only shining star on the Virginia Tech men's basketball team.

Nolley, a five-time ACC freshman of the week, scored 21 points in Tuesday's 80-70 win at Wake Forest — the seventh time this season he eclipsed 20 points.

But Nolley's fellow redshirt freshman, Tyrece Radford, followed up his 18-point outing in last weekend's win over North Carolina State with a career-high 21 points and a career-high 13 rebounds Tuesday.

"We're used to playing in big games. It's not our first rodeo playing basketball. Basketball is basketball, no matter where you play."

The offensive emergence of Radford and Cone is a promising development for the Hokies (13-4, 4-2 ACC), who have won three straight games.

"Doing it night in and night out, there's no way you can't build on your level of confidence," Tech coach Mike Young said. "Their head coach has a great deal of confidence in them. I am just so pleased with what they're doing.

Tech improved to 3-1 in ACC road games — an impressive mark for a team that has four freshmen and two redshirt freshmen in its nine-man rotation.

"Nothing is going to surprise me with this team," Young said. "They have a level of confidence, and it's a great team in terms of preparation. And that's pretty unique and pretty special. I've had some young teams that were a little goofy and needed to grow up some. … This team, you give it to them and they've got it.

"What we've done, winning three of four on the road with six [ACC road games] to play in the regular season is pretty darn special. And I shared that with them. I don't think people understand how difficult [in] any league it is to go on the road and win games. A feather in our team's hat. And I'm proud of them."

Radford scored in double figures for the sixth time this year.

Radford had 15 of his 21 points in the second half, when the Hokies shot 60% from the field.

"I'm so happy about his progress," said junior point guard Wabissa Bede, who had nine assists. "From the first game … to now, you can tell the game has slowed down in his mind."

"I'm not going to take any bad shots," he said.

The 6-foot-1 guard even drove to the basket and dunked over 7-foot center Olivier Sarr.

"I love that dunk," Radford said. "It was an eye-opener to a lot of people."

"That was the play of the year for us," Nolley said.

Radford grabbed double figures in rebounds for the fourth time this year. He had his second double-double of the season.

"Seeing Tyrece Radford emerge here as a special person, with his ability to get to the rim, get fouled," Young said. "He is becoming a very, very good and hard-nosed defender. And it goes without saying what he is doing for our team on the glass."

Radford also had four steals, as Wake Forest turned the ball over 18 times to Tech's nine.

Cone, who grew up near Winston-Salem in Walkertown, North Carolina, had a happy homecoming Tuesday as he shined in front of family and friends.

Cone scored in double figures for the sixth time this season.

"Ever since our Syracuse game, the coaches have put a lot of trust in me and they have built a lot of confidence in me," he said.

Young was not surprised that Cone was not overwhelmed by his return to the Winston-Salem area.

"He's a basketball player. Stuff like that's not going to spook him," Young said. "He typically has a number of family [at games] in Blacksburg.

"Playing well and helping our team win is very important to him. I never thought one second about him coming home and it might be a little different for him."

"Little man's been going on fire. Little man is brave," Bede said. "Every time he shoots an open 3, you know it's cash money."

"I took the shots I was comfortable with making," Cone said. "I got my rhythm and started knocking down shots."

Cone credited Bede for his successful transition to the college game.

"He's just showed me the ropes and showed me how to be a point guard and be a leader," Cone said.

Freshman guard Nahiem Alleyne had 10 points off the bench — the first time scored in double figures since Dec. 11 against Chattanooga. He had been in a shooting slump since then, but he was 2 of 3 from the field and 5 of 6 from the free-throw line Tuesday.

WINSTON-SALEM, N.C. — Make that three in a row.