Clemson’s Aamir Simms drives the ball down the court and facies off against Duke’s Javin DeLaurier during the first half of an NCAA college basketball game Tuesday. 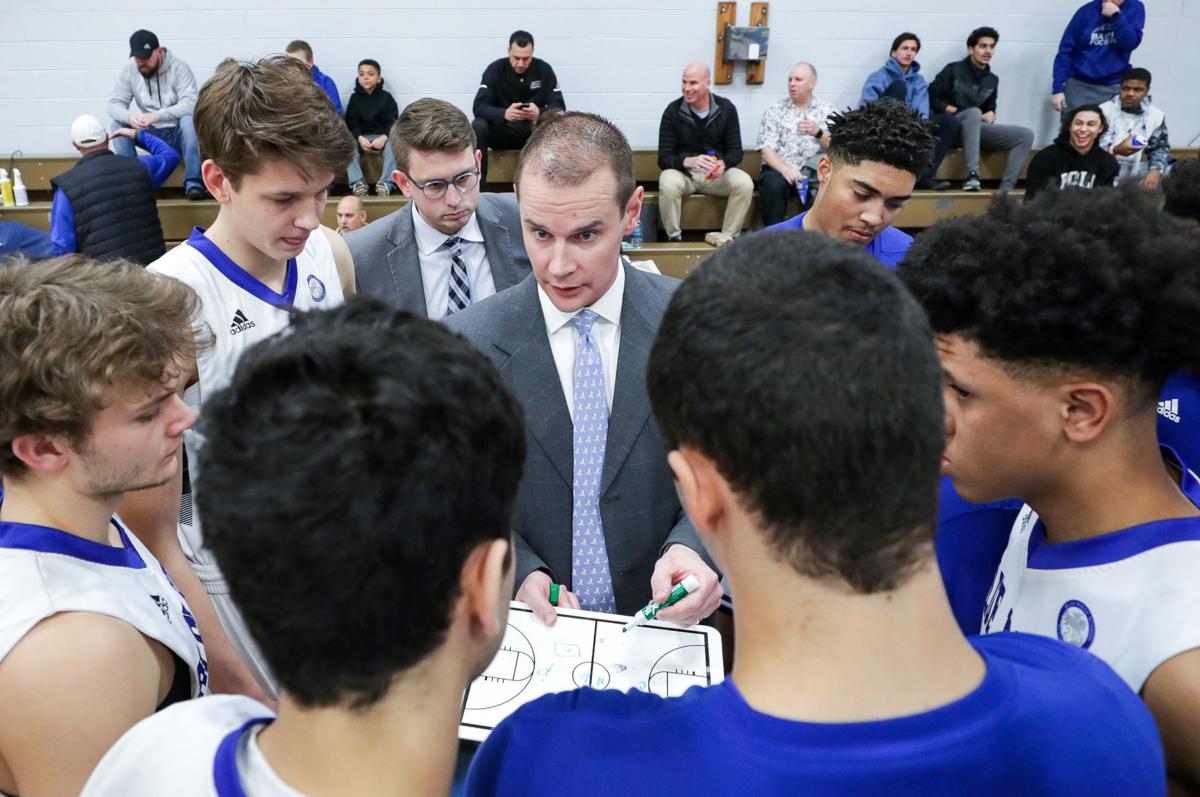 Clemson’s Aamir Simms drives the ball down the court and facies off against Duke’s Javin DeLaurier during the first half of an NCAA college basketball game Tuesday.

An earlier version of the story indicating the incorrect county of Blue Ridge High School has since been corrected to reflect the school's correct location.

Assuming they meet in the center circle prior to the Clemson-Virginia men’s basketball game Wednesday night, a handshake between Aamir Simms and Mamadi Diakite is likely to be more heartfelt than most.

Watching proudly from the seats at John Paul Jones Arena will be Cade Lemcke, their coach at nearby Blue Ridge School, where Simms and Diakite were teammates in 2014-15.

According to Lemcke, if not for a set of circumstances unrelated to Simms and Diakite, they could have ended up as UVa teammates.

Simms had begun his career at Fluvanna County High School before transferring to Blue Ridge and repeating his freshman year.

“Aamir, being from just down the road, would have loved to play at Virginia,” Lemcke said this week, “but he also understood how recruiting works. As Virginia cooled off, he was very excited about Clemson.”

Lemcke’s recollection is that Virginia was out of scholarships when Simms, rated a four-star recruit by Rivals.com, committed Sept. 20, 2016.

Little did they know what happened next as Austin Nichols, an acclaimed transfer from Memphis, was suspended from the team for a violation of team rules and subsequently was dismissed Nov. 18.

The fall signing period had expired two days earlier, not that Simms would have flipped at that point.

“As Virginia cooled off, he was very excited about Clemson and what they had planned for him,” Lemcke said. “He took his recruiting early in the fall that year and the rest is history.”

If it seemed that Virginia was out of scholarships, that didn’t last long. In addition to Nichols’ dismissal, senior guard London Perrantes completed his eligibility and three underclassmen — Marial Shayok, Darius Thompson and Jared Reuter — transferred.

“They had recruited Aamir during the summer [of 2016] but when they got a commitment from Marco Anthony, they cooled off recruiting Aamir because there was no scholarship for him,” Lemcke said.

“No one had a crystal ball at that time. So, there ended up being four [available] scholarships but nobody knew that at the time Aamir was being recruited.”

Simms, listed at 6-8½ and 235 pounds, hasn’t been an All-ACC player but he currently leads Clemson in scoring, rebounding, blocked shots and minutes played. He also has connected on 23 3-pointers.

He does not resemble Diakite in build but they have similar numbers. Virginia has won all four meetings with Clemson during the Diakite-Simms era, including the Cavaliers’ 61-36 victory over the Tigers in the only game featuring the ex-Blue Ridge teammates at John Paul Jones Arena.

Lemcke made sure that Blue Ridge had no scheduling conflicts this week and will be taking his team on a 19.9-mile trip from Barons’ campus in the Greene County hamlet of St. George, to John Paul Jones Arena.

“I scheduled our games around that,” Lemcke said. “To get to see those two up close and personal will be a lot of fun.”

NOTES: Virginia has won the last nine games in the series, with the last setback being a 59-44 loss at Clemson in 2013. … Clemson's last trip to JPJ was in 2018, when Virginia won 61-36. … Clemson is coming off a 56-44 loss Saturday at Wake Forest. … This is a Clemson team that recently defeated North Carolina State, North Carolina and Duke during a 10-day span, including its first victory at UNC in series history. It's been a streaky Tigers' team with an early five-game winning streak and a recent five-game stretch when it lost four times. … Virginia continues to lead Division I scoring defense with 50.7 points allowed per game. Clemson is 69th at 64.8 points allowed. … UVa is 347th out of 350 Division I teams in scoring (56.3 points per game).