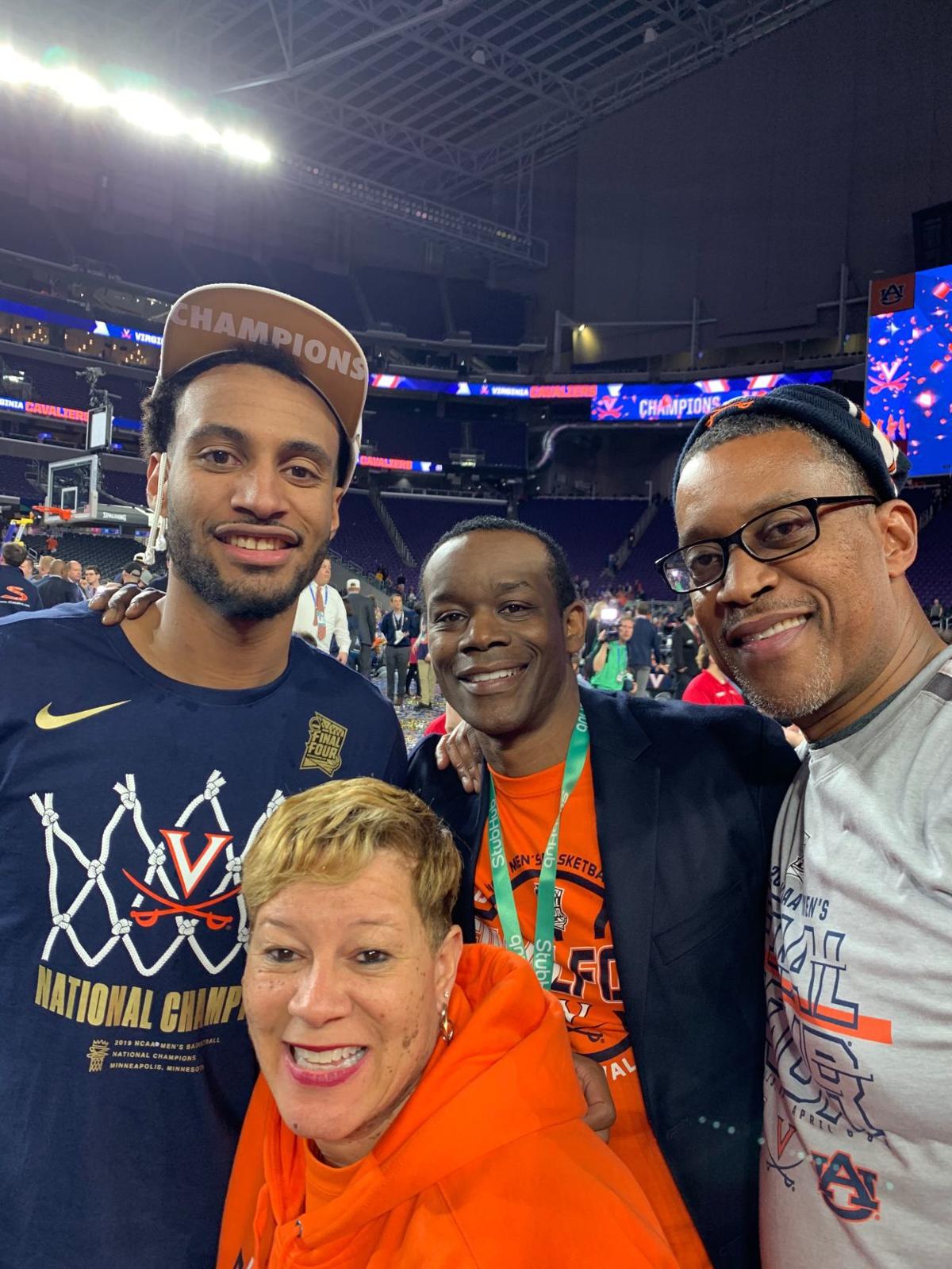 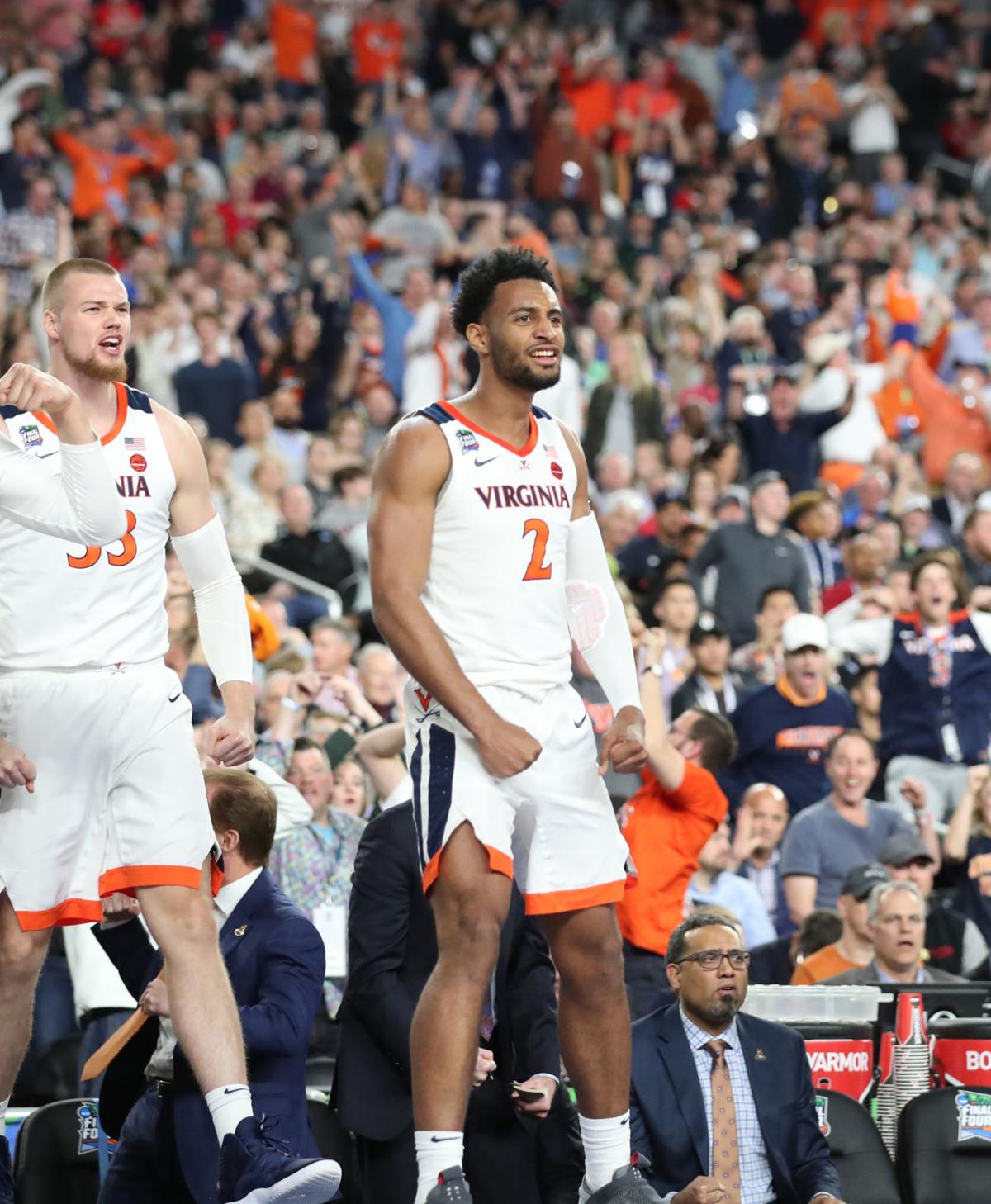 Braxton Key cheers on his Virginia teammates during the 2019 Final Four. 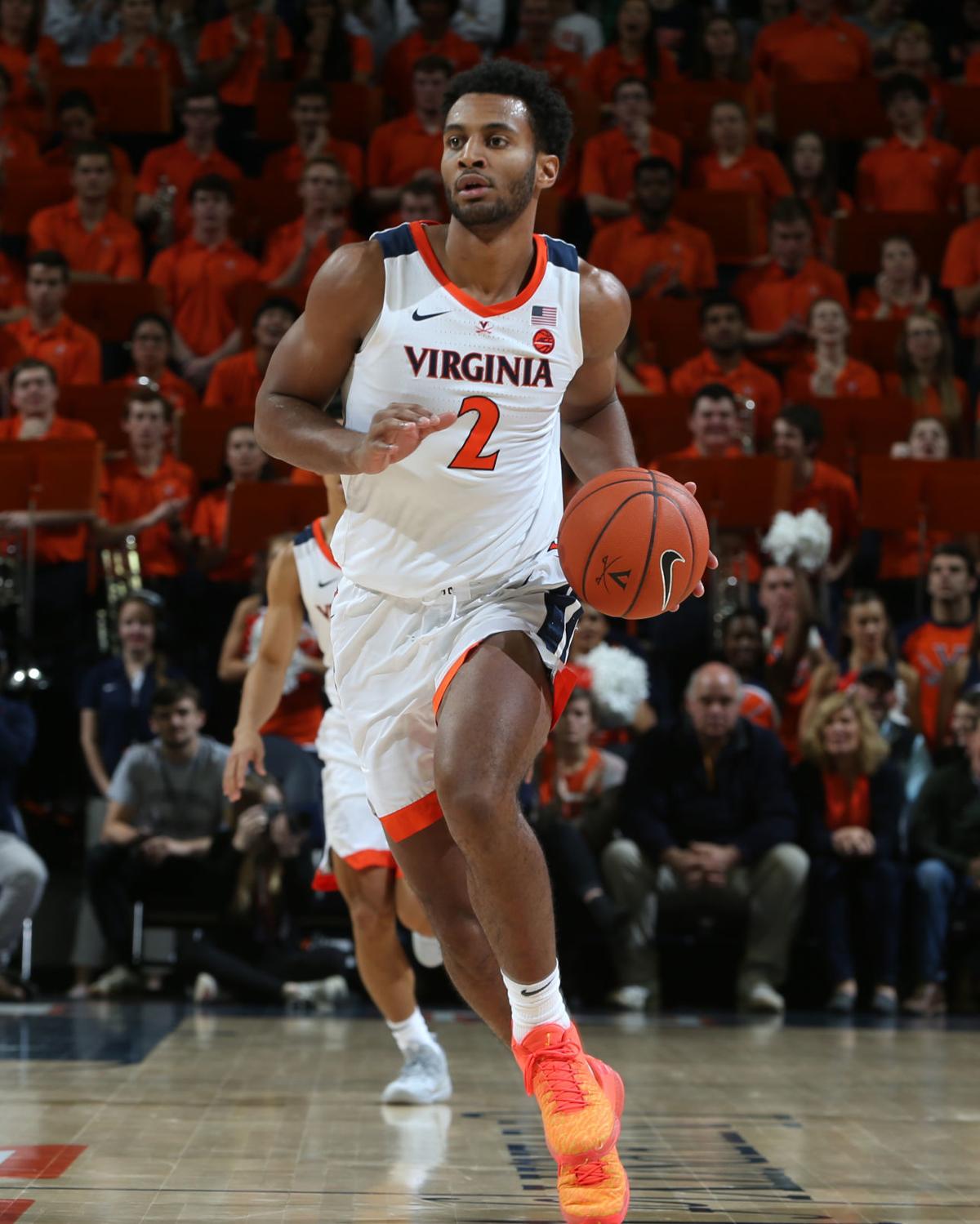 With the departure of UVa’s top three scorers, Braxton Key is seen as the team’s new leader.

Braxton Key cheers on his Virginia teammates during the 2019 Final Four.

With the departure of UVa’s top three scorers, Braxton Key is seen as the team’s new leader.

With the departure of the top three scorers from Virginia’s basketball championship team, Braxton Key could be the Cavaliers’ best man this coming season.

It wouldn’t be the first time Key has been slotted for that role.

Key was the choice to serve as best man when his older brother, Austin, was married April 6, in Charlotte.

That also turned out to be the day UVa met Auburn in the NCAA Final Four semifinals in Minneapolis.

“I remember looking at the schedule around mid-season,” Key said. “We were playing some of our best basketball and I was like, ‘Uh, oh, Austin? Did you know this was happening?’ He had no idea.

“I asked him if he could move it, but he was unable to. If it worked out, it worked out, but he told me, ‘It’s something you’ve worked for your whole life, and I wouldn’t expect you to miss the Final Four.’ ”

The Key brothers had a Plan B that called for their grandfather to step in, which, in time, he did.

It was late into the night March 30 in Louisville, Kentucky, before anything could be determined. With less than 10 seconds remaining in regulation, Virginia trailed Purdue 70-67 in the South Region final.

‘If not for a free throw that Ty Jerome missed, a rebound that Mamadi Diakite tipped back to Kihei Clark and a laser of a pass from Clark to Diakite for a buzzer-beating jumper, the game would have been over in regulation, and the would-be best man would have been spending the following weekend in Charlotte.

Instead, the Cavaliers won 80-75 in overtime, and a whole new set of arrangements had to be made.

The plans included the Key brothers’ godparents David and Yvette “Pebbles” Smith from Roanoke. Both had standout basketball careers at Radford, where one of David Smith’s teammates and best friends was Eric Key, father to Austin and Braxton.

“If you remember, Braxton wasn’t supposed to play this year,” Pebbles Smith said. “The wedding date was set long before Braxton found out he could play.”

Key had transferred to UVa after two seasons at Alabama, and it wasn’t until the NCAA approved his waiver request that he became eligible for the 2018-19 season.

Once the vows had been exchanged at the wedding, the family and guests went to a reception area, where they watched the end of Virginia’s semifinal with Auburn, won by the Cavaliers 63-62 in what was another of a series of dramatic finishes.

“We were all making airline reservations and finding out how to get there,” Pebbles Smith said. “Keep in mind, we didn’t want to take the focus off the wedding. It went off without a hitch.”

The Smiths are hardcore basketball fans who have added Virginia to a group of teams they follow, in addition to Radford, Virginia Tech and Northside High School.

“Where last year, he was more defense-driven and finding out what his role would be, I think they’ll need more out of him offensively,” Pebbles said. “Keep in mind, he was the No. 1 rebounder on the team last year.”

With 5.7 points per game, Key was the fifth-leading scorer on a team whose top three scorers were Kyle Guy, De’Andre Hunter and Ty Jerome — all of whom have since been NBA draft picks. Key started only six times but saw action in all 38 games and averaged 19.8 minutes.

“I kind of knew [Hunter] was going for sure, and Ty had a great year and I didn’t expect him to come back,” Key said. “And Kyle decided to leave, too.

“We have another season coming up and we have to focus on who is coming back. I like the pieces we have. There will be more minutes and more opportunities for a lot of guys. Obviously, offensively, there’s a big void to fill.”

Count Key’s minutes at Alabama, where he started 47 games over two years, and no Virginia player can match his college experience.

“I watched the older guys last year and how they led and how they carried themselves,” he said. “Now that I’m an older guy, I can tell the guys where they need to be and other little things.”

Key is so low-maintenance that the coaching staff was unaware of the wedding that had to be skipped.

“Oh, wow,” UVa assistant Jason Williford said this week. “I had no clue. He kept that one close to the vest.”

Key might have begun his college career at Virginia if he had not been scheduled to visit UVa one week after Hunter was in Charlottesville and committed to the Cavaliers in 2016.

Could Key fill the void left by the similarly built Hunter?

“[Key is] the kind of guy who gives of himself for the team, and we’re going to need him to give of himself even more,” Williford said. “He’s got good basketball instincts, good basketball feel and IQ and does a little bit of everything.

“I think kids are often compared, but I think he’s [Key] got to be the best version of Braxton he can be.”

And, apparently, all is good with the Key family going forward.

“What a weekend!” dad Eric Key said. “My sons both got rings that weekend!”