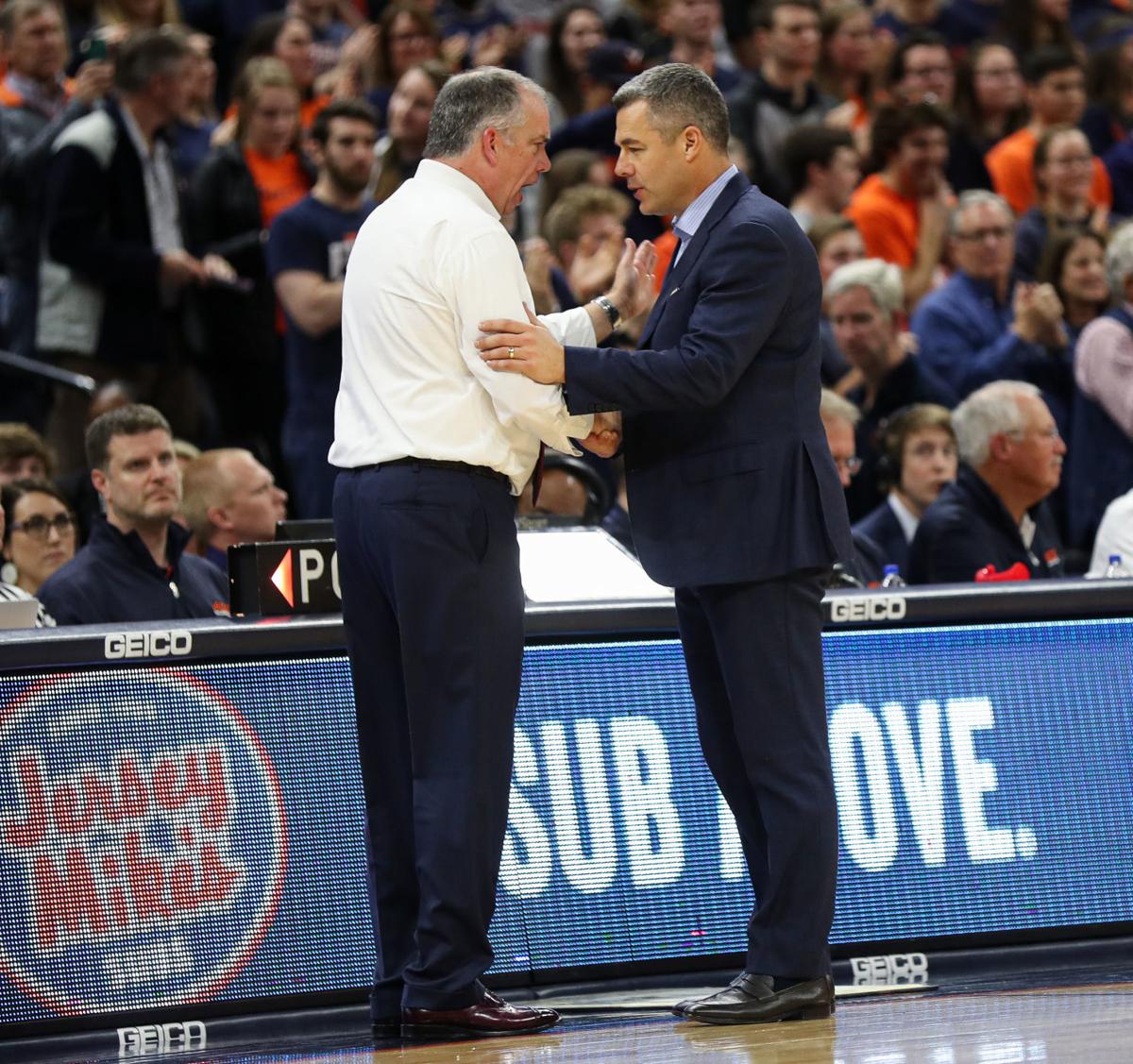 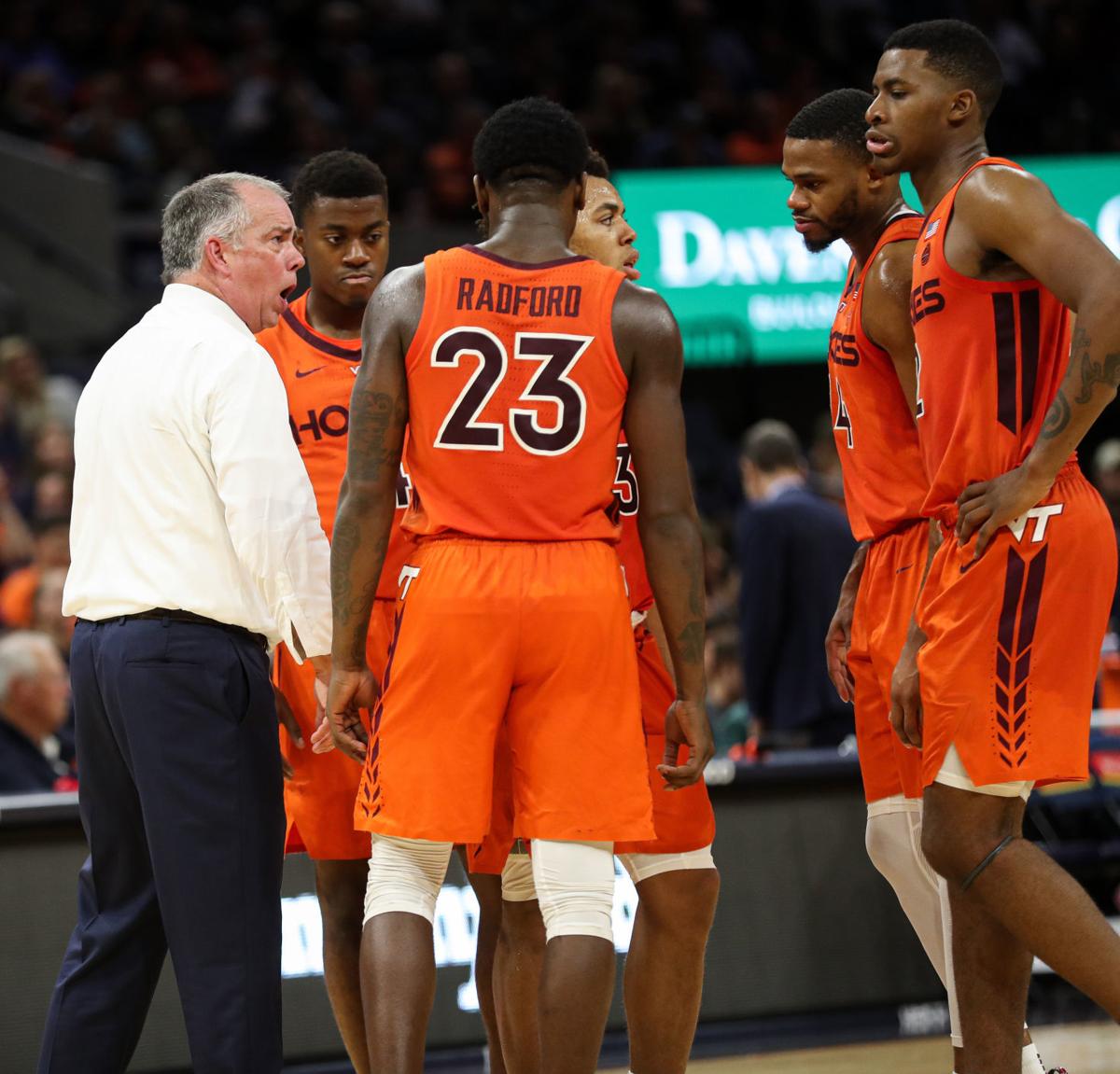 CHARLOTTESVILLE — Mike Young peered up at a hideous scoreboard — Virginia 65, Virginia Tech 39 — and watched the final few seconds mercifully tick off the clock.

The Hokies coach then met UVa’s Tony Bennett at midcourt. Young shook hands, spoke a few words and then smacked Bennett on the shoulder.

In this season full of unprecedented moments for Young — first win as coach of his dream school, first ACC victory, first upset of a top-five opponent while guiding the orange and maroon — Young’s first exposure to the Tech-UVa rivalry was one he’d like to forget.

The second-youngest team in all of major-college basketball got blasted. Embarrassed. Humbled. All of their strengths turned to weaknesses. All of their momentum gained during a four-game winning streak against lesser competition turned to ash.

“Experiences like that are part of growth,” Young said. “I wish it hadn’t happened — it’s painful — but it did, and I know exactly how they’ll respond. We’ll come back tomorrow and set our jaw and turn our attention to [Syracuse].”

The best news for the Hokies is that Virginia does this to a lot of people. The No. 19 Cavaliers might hold their lowest national ranking since pre-Thanksgiving in 2017, but they still know how to play world-class defense.

Virginia held the Hokies to their lowest point total since Super Bowl I (1967) and their fewest points in this series since the year the United Nations held its first meeting (1946).

Tech, which entered the day No. 1 in the country in fewest turnovers committed per game (9.5), gave it away six times in the first nine minutes of this one.

“To kick the thing around — sloppy basketball just drives me insane,” Young said, shaking his head.

Young was quick to credit the Cavaliers for their brilliance on that end of the floor, but his group also was uncharacteristically irresponsible with possessions. Example: The Hokies committed the rare five and dime — a 5-second violation and a 10-second violation in the same game.

Young couldn’t remember the last time that had happened to one of his teams. While he thought the clock should have reset on a loose ball that would have prevented the 10-second call, he said there was no excuse for the 5-second violation, when Tech failed to initiate a new out-of-bounds play under the basket in the first half.

“That’s my turnover,” Young said. “That should go on the stat sheet as Mike Young’s turnover.”

All of this is only noteworthy because of how great Young has been. He led his team to a win over Clemson in the ACC opener. He beat then-No. 3 Michigan State in Hawaii. The Hokies came out sharp against No. 10 Duke on Dec. 6 before acquiescing in the second half.

There was none of that in this one. The Cavaliers built a 13-point halftime lead, which always feels like about a 33-point deficit when you’re facing them.

Young said he noticed “a bit of a far-away look” in the eyes of some of his freshmen, something he hadn’t seen since Dayton wrecked Tech 89-62 in Maui the day after the Michigan State upset.

“We didn’t have that same fire about us, but you live through some of that,” Young said. “What those kids have accomplished and the progress that they’ve made, physically, emotionally, has been pretty special to witness.”

The Hokies, who did not set foot out of Cassell Coliseum in the month of December, now play back-to-back ACC road games. They travel to face Syracuse on Tuesday night.

Perhaps it was good for his team to have faced league titans Duke and Virginia already?

And this was the Tech-UVa rivalry. Sort of. Young and the Hokies have to hope the second meeting, in Blacksburg on Feb. 26, is a little less harrowing than the first.

CHARLOTTESVILLE — Before his first visit to John Paul Jones Arena as the Virginia Tech men’s basketball coach, Mike Young could have seen a ra…