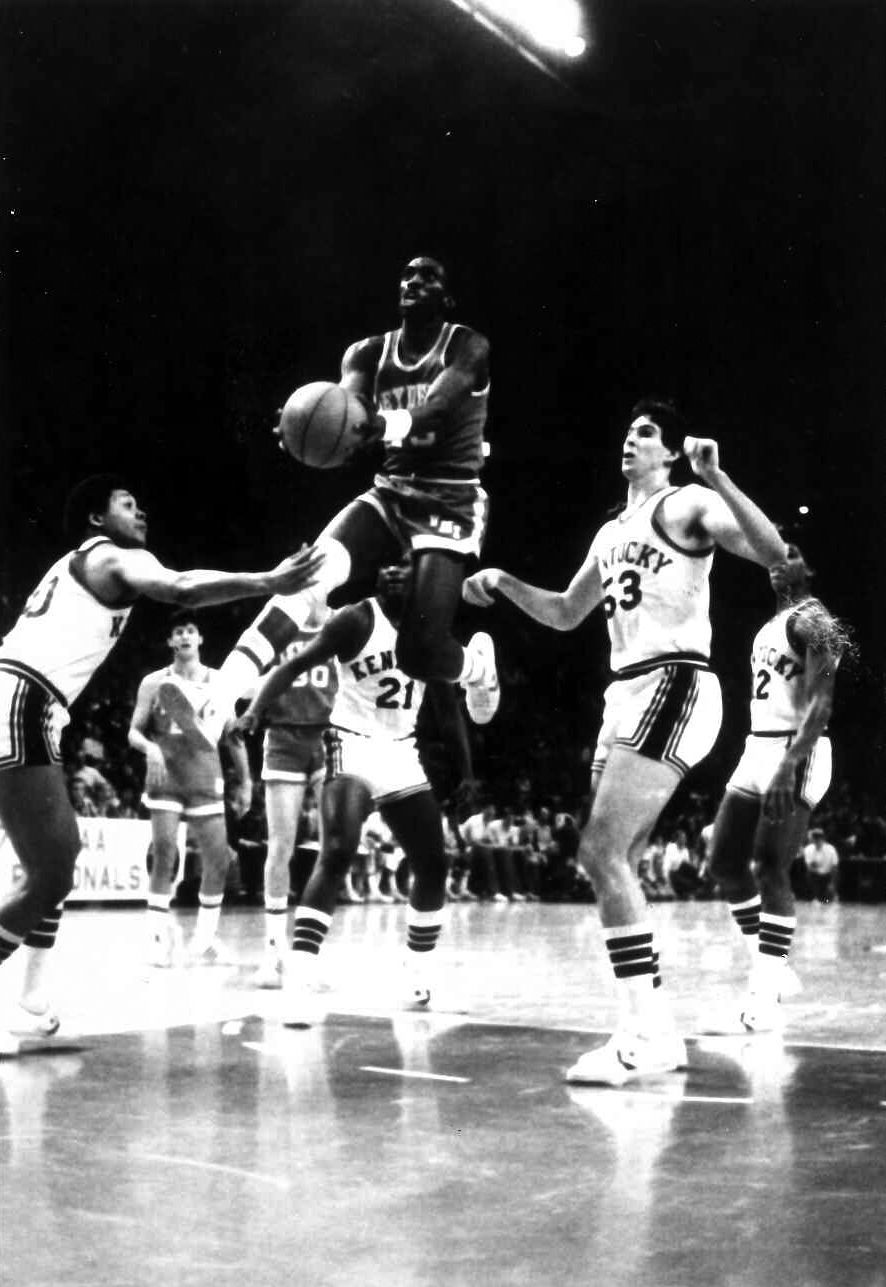 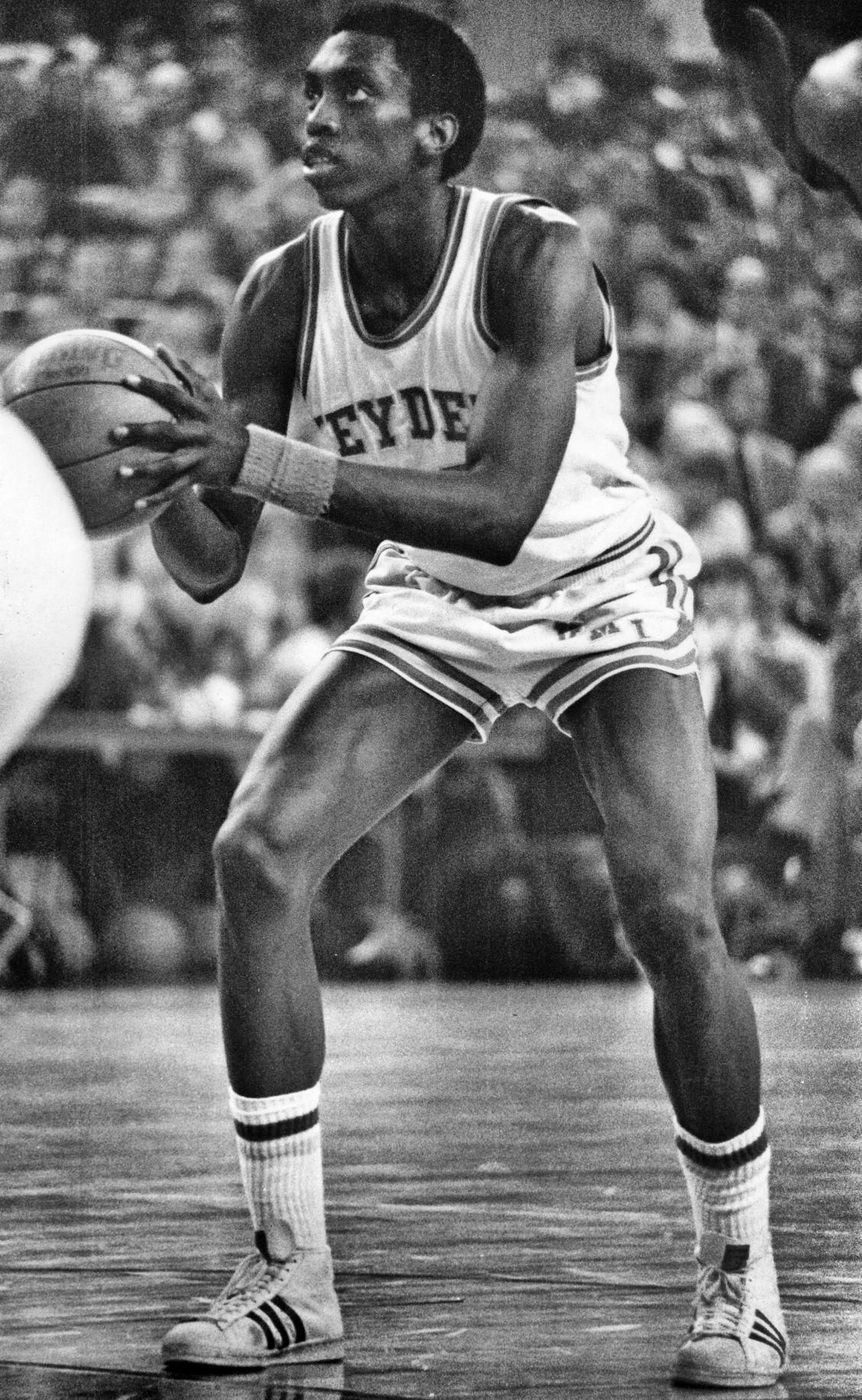 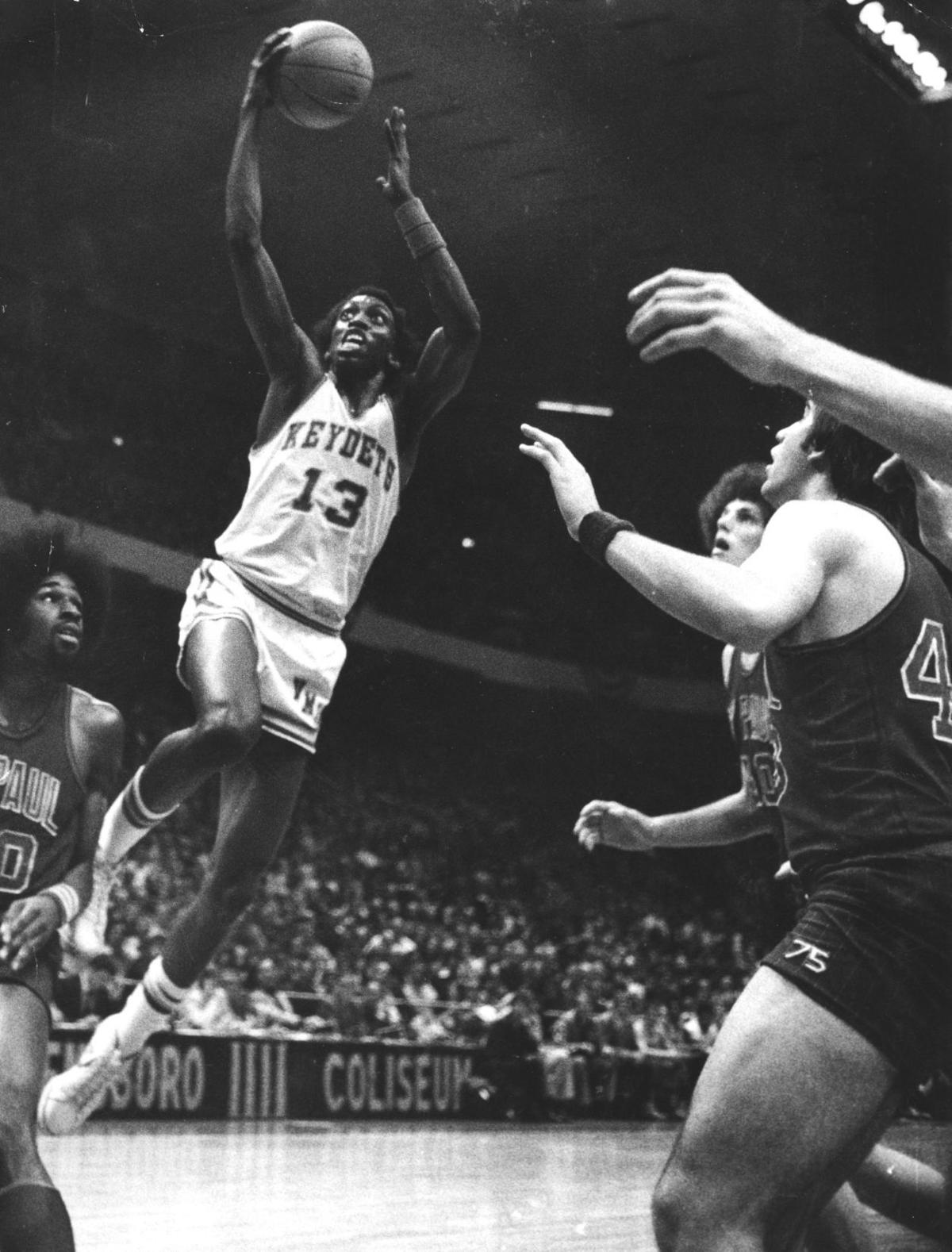 Ron Carter drives to the basket during the NCAA East Region semifinal. 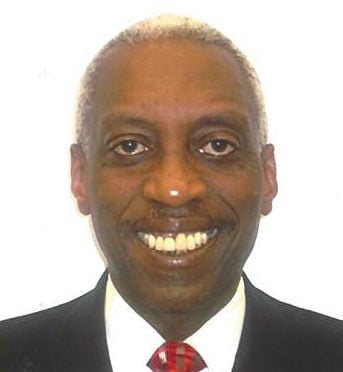 Ron Carter drives to the basket during the NCAA East Region semifinal.

Reporters had hopped on board an elevator following a men’s basketball game between Virginia and Pittsburgh when they were joined by a well-dressed gentleman who had the look of a pro scout.

Turns out, it was simply a Pittsburgh native who had returned to his hometown and thought he would catch a game. He wasn’t pulling for a particular team, although he claimed a connection to the state of Virginia.

He hadn’t just gone to school at VMI. He also had played basketball there and was the star player on Keydets teams that won back-to-back Southern Conference championships and advanced to the 1976 East Region final, where they lost to Final Four qualifier Rutgers, and the 1977 Sweet 16.

To VMI alumni and fans from that era, Ron Carter needs no introduction.

Carter was a second-round draft pick of the Los Angeles Lakers in 1978 and played in 59 NBA games over two seasons for the Lakers and Indiana Pacers, but his life has been about much more than basketball.

Do a Google search and you’ll find that he was once the city manager of Benton Harbor, Michigan. He has lived in Chicago since 1995 and, before that, spent considerable time on the West Coast.

While his playing career didn’t last particularly long, his career outside of basketball had a lot to do with Dr. Jerry Buss, the Lakers’ long-time owner.

“I always jokingly tell the story about how I met Dr. Buss,” said Carter, whose Lakers teammates included Magic Johnson. “It was my second year, Magic’s second year, and we were in training camp in Palm Springs. Dr. Buss had just bought the team from Jack Kent Cooke.”

The Lakers’ roster at the time included Norm Nixon, a collegiate star at Duquesne and a rival of Carter’s going back to their childhood days in Pittsburgh.

“Norm calls me up at training camp one night and says, ‘You’ll never guess who I ran into,’ ” Carter said. “I said, ‘Who?’ He said, ‘Stevie Nicks from Fleetwood Mac.’ She’s having a party tonight. We’re going.’

“Norm goes, ‘I’ll pay your damn fine. Quit whining’ We snuck out and went to the party. We had a curfew. I think it was midnight. We were leaving around 11:45 and here comes the owner, Jerry Buss, with an entourage of women, news media and the like. I was so ticked off at Norm.

So, what happened? Buss invited Carter and Nixon to his table for a beer.

“He said, ‘Listen, it’s not my job to police you guys; that’s Jerry West’s job.’ ” Carter recalled. “Then he goes on, ‘I’m pretty sure, if you’re hanging out with the owner, you’re probably OK.’ ”

It was during a later conversation that Buss said he had been looking into Carter’s background and invited him to go to work for Mariani-Buss Associates, the offshoot of the Buss real estate empire.

“The fourth summer, I told him, ‘You know what, Dr. Buss? I’d rather be you than Magic Johnson. Can you show me how to be you because you sign all of our checks?’ ”

Buss paid for Carter to return to school and earn an MBA from Pepperdine. Shortly thereafter, Carter was put in charge of a Mariana-Buss subsidiary.

He retained his affection for basketball and the Lakers, but was not close to Kobe Bryant, the NBA icon who died in a helicopter crash earlier this winter.

“I talked to Bill Blair a couple days before I was in Pittsburgh,” said Carter, referring to the Keydets’ coach during his playing days. “It was motivated by the whole Kobe thing.

“When something like that happens, you take inventory of who’s important in your life. Who you love? Who you miss? And I was like, ‘Let me give Bill and [wife] Kathy a call.’

“He’s like my second dad. We talked for over an hour. It was a great conversation.”

Carter, who is 63, has two sons and two daughters who have accumulated numerous degrees, and one of his sons is playing professionally in France.

“My family is my greatest accomplishment in life,” Ron said.

One of Carter’s sons, Paul, played at Minnesota and signed with the Utah Jazz, whose front-office personnel included Kevin O’Connor, an assistant coach at VMI during the Carter years.

Carter has held many jobs over the years, most related to housing. That included a stint in Washington, D.C., when he worked in the office of the secretary of Housing and Urban Development during the Clinton presidency.

He subsequently was passed by Gay Elmore and Reggie Williams, who had the advantage of playing during the 3-point era.

“I laugh about it,” said Carter, who stays in touch with many of his former Keydet teammates. “I say, ‘Imagine if we’d had a 3-point line back when we played.’

“Know what matters more than anything? We were winners.”