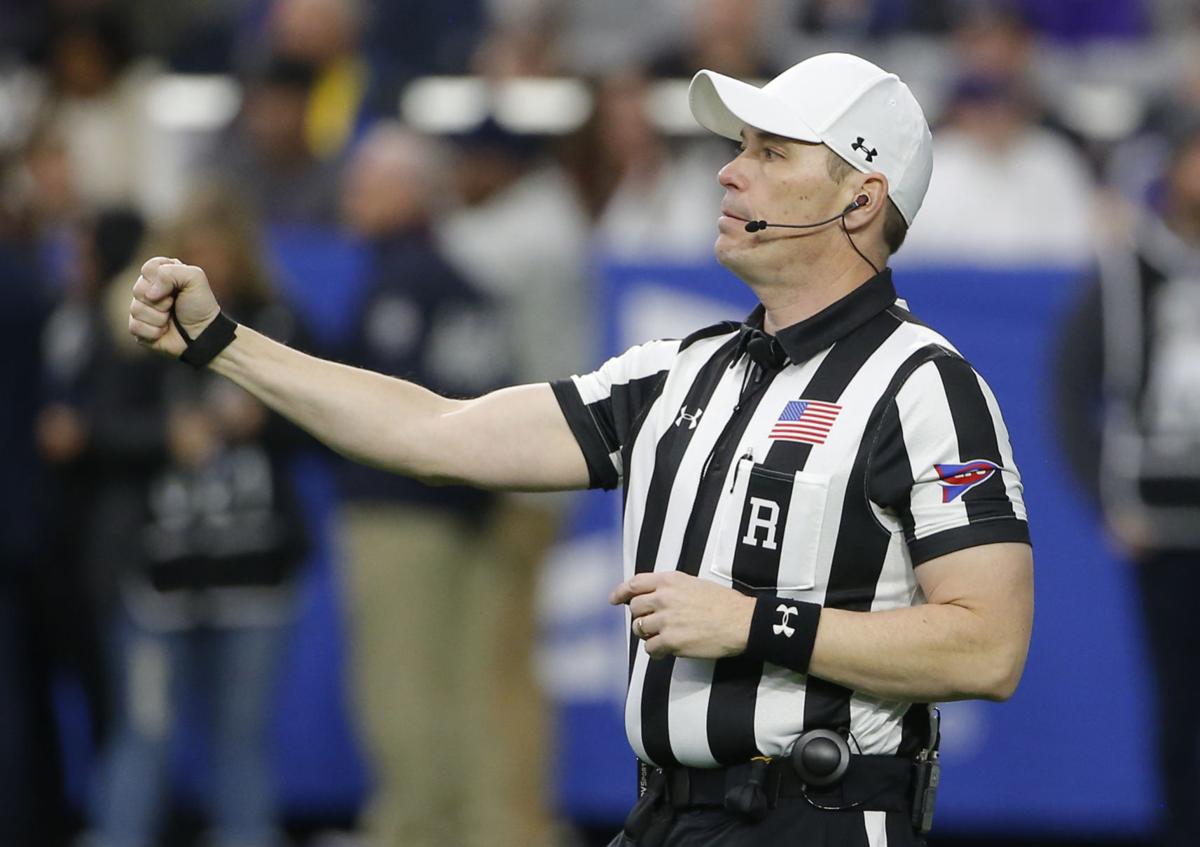 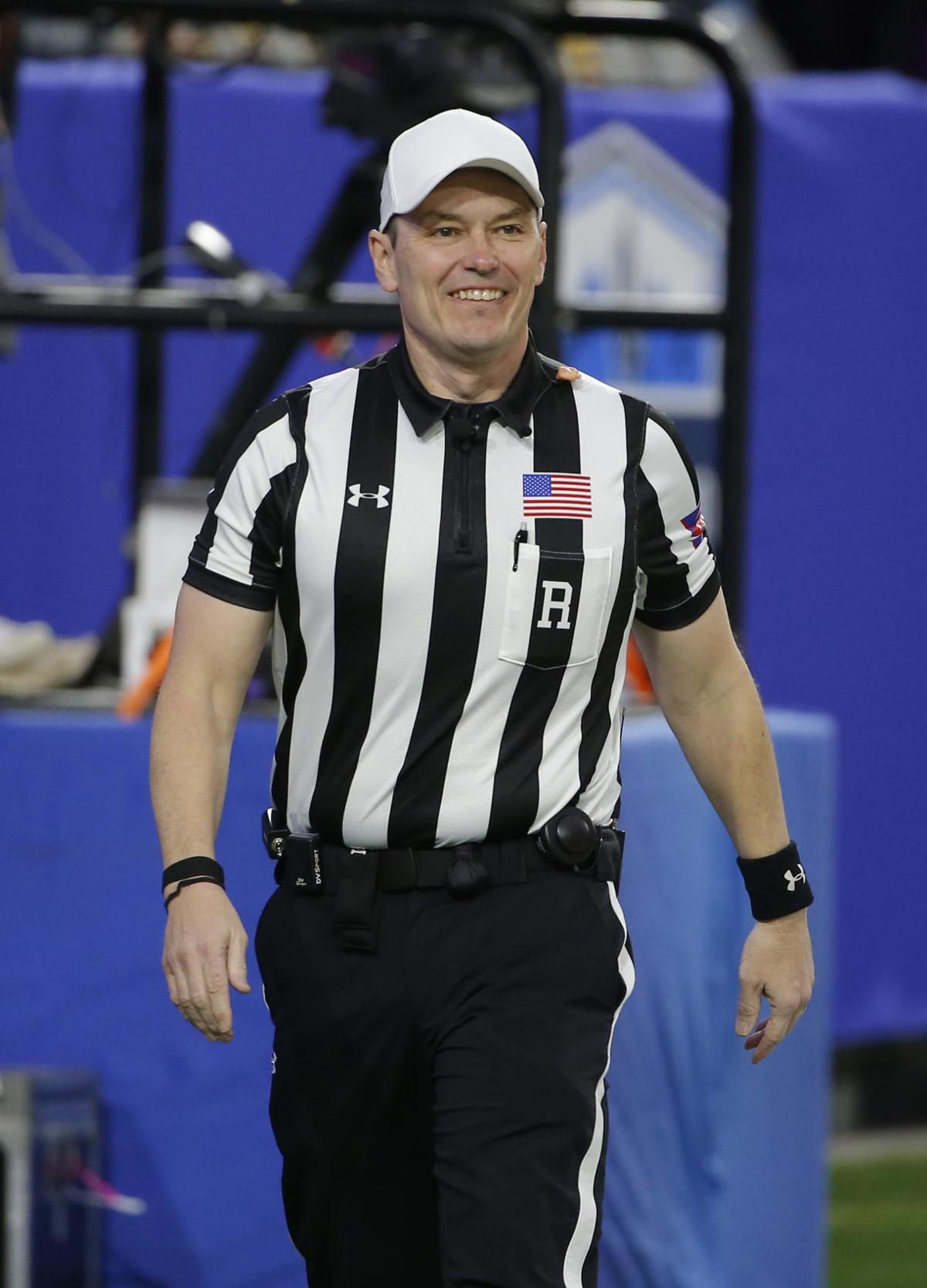 In a region that has a reputation for turning out football and basketball officials, Stuart Mullins has become a name to remember.

Mullins, originally from Clintwood, will serve as the referee for Saturday’s Peach Bowl game in Atlanta between Oklahoma and LSU. He’ll be the guy in the white hat.

Mullins moved to the Roanoke Valley in 2018 and teaches at Northside Middle School.

“When I graduated from college in 1991, I was looking for something to do,” said Mullins, who attended Clinch Valley College (now UVa-Wise). “I was looking at the Bristol Herald-Courier one day and saw a blurb that said, ‘Virginia High School League rules clinic this Thursday night at Abingdon High School.’

“I just decided to show up. I thought it would be something cool to occupy my mind for a little while. And here I am all these years later, still doing it.”

He started out by calling high school games in the coalfields before moving to the ODAC for two years. He went from there to the Division II South Athletic Conference and then did games in the Colonial Athletic Association, Ivy League and Patriot League.

“Then, I was lucky enough to be picked up by the ACC, and I’m in my seventh year there,” he said.

One of his biggest highlights came when he was assigned the 2016 Army-Navy Game, where Army ended a 14-game losing streak. He had the Fiesta Bowl last year and has done such rivalry games at Florida-Florida State and South Carolina-Clemson.

“Every week is fun, no matter where you go,” he said.

Mullins had the Duke-Virginia Tech game this season in Blacksburg but didn’t have UVa all season.

“That’s probably best, now that I’ve moved up here, because everybody’s a fan of one of those teams,” he said.

Another top 10 for Cavs, Hokies

Virginia and Virginia Tech each had a place this week in an ACC Network rundown of the top 10 ACC accomplishments of this decade. The list was the subject of a special edition of the “Packer and Durham” show.

First was Clemson, recognized for its 35-31 victory over top-seeded Alabama in the NCAA football championship game in 2017. The Tigers, who trailed 14-0 earlier in the game, scored the winning touchdown on a pass from DeShaun Watson to Hunter Renfrow with a second remaining.

Second on the ACC Network list was Virginia’s run to the 2019 NCAA men’s basketball championship one year after losing in the first tournament round to UMBC.

The Cavaliers’ NCAA baseball championship in 2015 was seventh.

Eighth was the performance of Virginia Tech wrestler Mekhi Lewis, winner in the 165-pound division as the No. 8 seed in the 2019 NCAA championship. He beat the Nos. 1, 4 and 2 seeds on his way to the title.

A name that has been mentioned in connection with UVa’s football program is Theo Howard, a wide receiver from UCLA who recently was added to the NCAA transfer portal.

According to the 247Sports website there is a 100% chance that Howard, a four-star prospect out of Westlake High School in Thousand Oaks, California, will end up at Virginia.

Howard, who was born in Maryland, had 50 or more receptions in back-to-back seasons in 2017 and 2018, but played in only one game this year before being shut down by a season-ending injury.