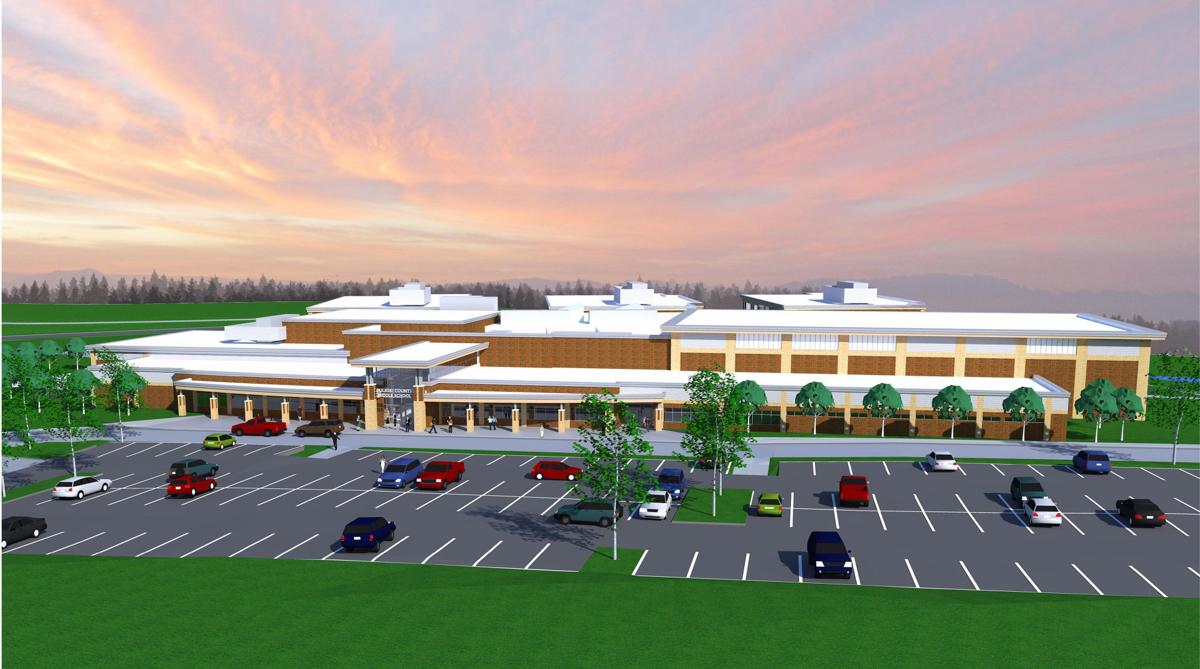 A rendering of the new Pulaski County Middle School, which is slated to be ready for the 2020-21 school year. 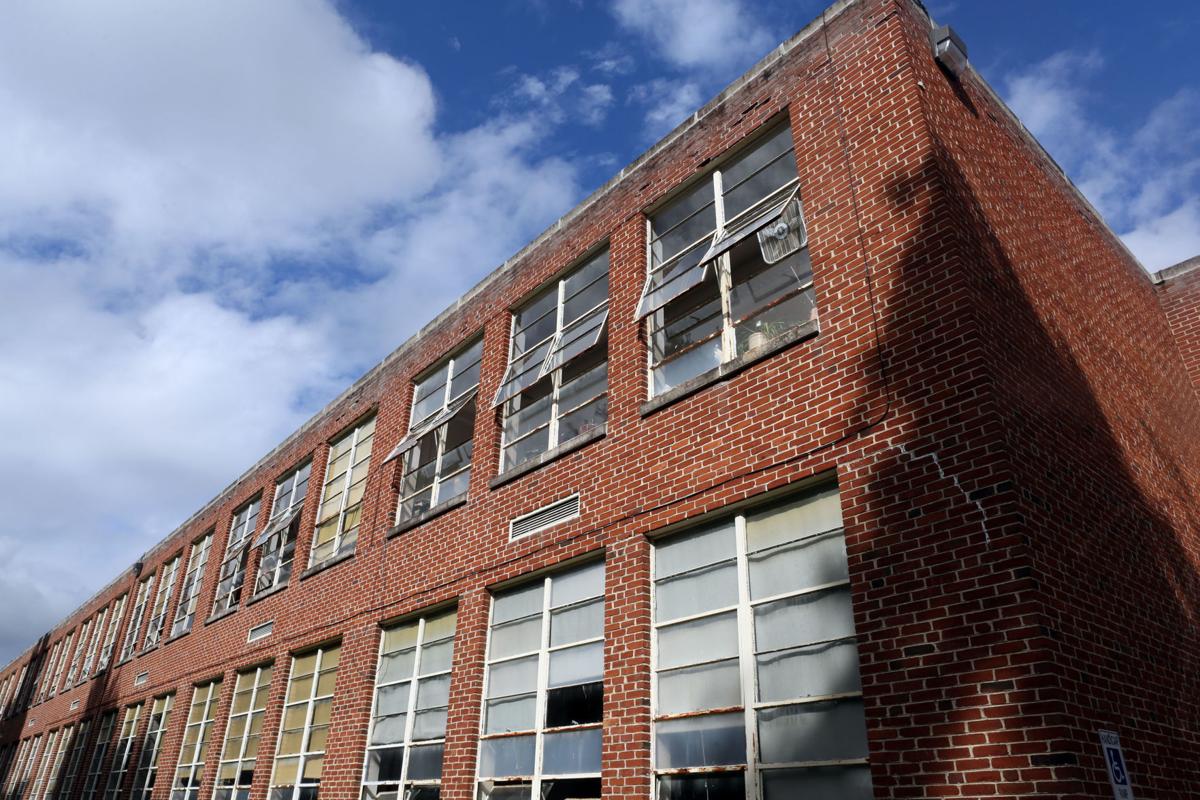 The exterior of Dublin Middle School, one of two aging schools being replaced by a new consolidated facility in Pulaski County.

A rendering of the new Pulaski County Middle School, which is slated to be ready for the 2020-21 school year.

The exterior of Dublin Middle School, one of two aging schools being replaced by a new consolidated facility in Pulaski County.

Pulaski County wants to defy not only the past but also the future.

That makes it worth paying attention to what’s happening on the south side of the New River.

The past: Pulaski County’s population peaked in 1980 and, with the brief exception of the 1990s, has declined ever since. That puts Pulaski County right in line with the rest of Southwest Virginia and, indeed, rural Virginia in general. So what’s new?

The future: The University of Virginia’s Weldon Cooper Center for Public Service projects that Pulaski will keep losing population — and at an even faster rate. Once again, what’s new?

Those would be unremarkable projections except for this: Pulaski County’s official goal is to reverse those trends. Specifically, the county has set a goal of 40,000 by 2030 — which would mean 5,891 more than UVa thinks will be counted next year and 6,852 people more than are projected to be there in 2030. County administrator Jonathan Sweet makes the case that the county’s existing infrastructure can support 40,000 people —and with more people playing taxes, that infrastructure becomes a lot more affordable for everybody.

How does Pulaski County intend to grow its population? And, perhaps more importantly, is this even possible?

Before we try to answer those questions, let’s step back and look at why Pulaski has been losing population. That one’s easy: The economy has changed. Pulaski was once the classic Southern furniture-and-textile town. Now it’s not. Pulaski is part of a Southern Rust Belt whose traditional industries have largely disappeared to foreign shores.

Some localities have handled that transition better than others. Pulaski has aimed to be a model on the plus side. Pulaski has always been good at making things. Today, it’s trying to leverage that background (and its workforce) in the realm of what is commonly called “advanced manufacturing.” In recent years, Pulaski has attracted an enviable roster of new employers. Phoenix Packaging in 2009. Korona Candles and Red Sun Farms, a hydroponic tomato grower, in 2013. The Koinonia industrial foam plant in 2017. We’ll skip over the expansion of existing employers but it’s hard to skip over this one: Volvo Trucks recently announced it would invest $400 million in its plant in Dublin, creating 777 jobs – on top of the record 3,500 that are already there.

There’s an instructive thread that connect all these announcements: These are all foreign-owned companies. The county’s economic development director, Michael Solomon, keeps a display of flags on his desk — one flag for each country that has a company doing business in Pulaski. In all, eight are represented so far. “We are an international hub,” he says. Pulaski has figured out how to make the global economy work in its favor.

Now, a lot of that simply helps make up what was lost in terms of jobs and people. How does Pulaski actually pull ahead? Here’s where we have to peer into the future.

Sweet makes the case that, to grow its population, the county needs to increase its housing options. Otherwise, workers at those new employers will simply live elsewhere and commute to Pulaski. Some of that housing is already coming out of the ground; so are other things.

The headlines have gone to car dealers David Hagan and Larry Shelor, who have invested millions in the county — including buying and renovating the town’s minor league baseball park. Their developments — which also include a downtown hotel — have made a big difference in the feel of the county seat. Sweet talks up what he refers to as “the tribe” — a group of about two dozen people who are individually investing in renovating downtown properties either for housing or businesses or both. A lot of downtown Pulaski looks vacant, but also on the cusp of something happening. Hold that thought.

In 2017, Pulaski voters did something many didn’t expect them to do: They voted in a tax increase. More to the point, they passed — by a wide margin — a $47 million bond issue to finance a new middle school that’s now under construction. The two existing middle schools were, well, antiquated would be a polite word. It’s hard to encourage new families to move to the county if the schools are out-of-date. Pulaski voters cast a big vote for themselves when they approved that bond issue.

Pulaski has already rezoned some property, and is in the process of rezoning other land that would make room for 1,315 new residential units. At 2.53 people per unit, that’s 3,327 possible new residents, which would get the county more than halfway to its goal. Where will those people come from? Here’s where geography may in Pulaski’s favor. A paradox: The more that Montgomery County grows, the more that may push some people out of Montgomery County. Virginia Tech’s over-enrollment may be a problem for Blacksburg, but Pulaski sees that as a happy accident — not that student housing will wind up in Pulaski, but others might. Some Virginia Tech employees complain they are already priced out of Blacksburg; Pulaski’s within reasonable commuting distance. That’s one direction. In the other, Radford University is just across the New River, and the county would like to turn an old railroad bridge into a pedestrian bridge to connect the university with new housing developments on the Pulaski side.

It’s not hard to imagine Pulaski being the place where people go in search of cheaper alternatives for new housing — or office space for start-ups who find a Blacksburg address too expensive. Pulaski County as a tech hub? That could be a long way from the county’s furniture-and-textile days.

Could that really happen? Well, consider this: Last year the Roanoke-Blacksburg Technology Council named its annual Entrepreneur of the Year.

The winner? Steve Critchfield of MOVA Technologies, a company that’s working on technology that would scrub carbon dioxide and other particulates out of coal-burning plants or chemical plants — and separate out the pollutants into a form that could be sold to companies that need those materials.

Where is this company with this potentially ground-breaking technology located? Downtown Pulaski.