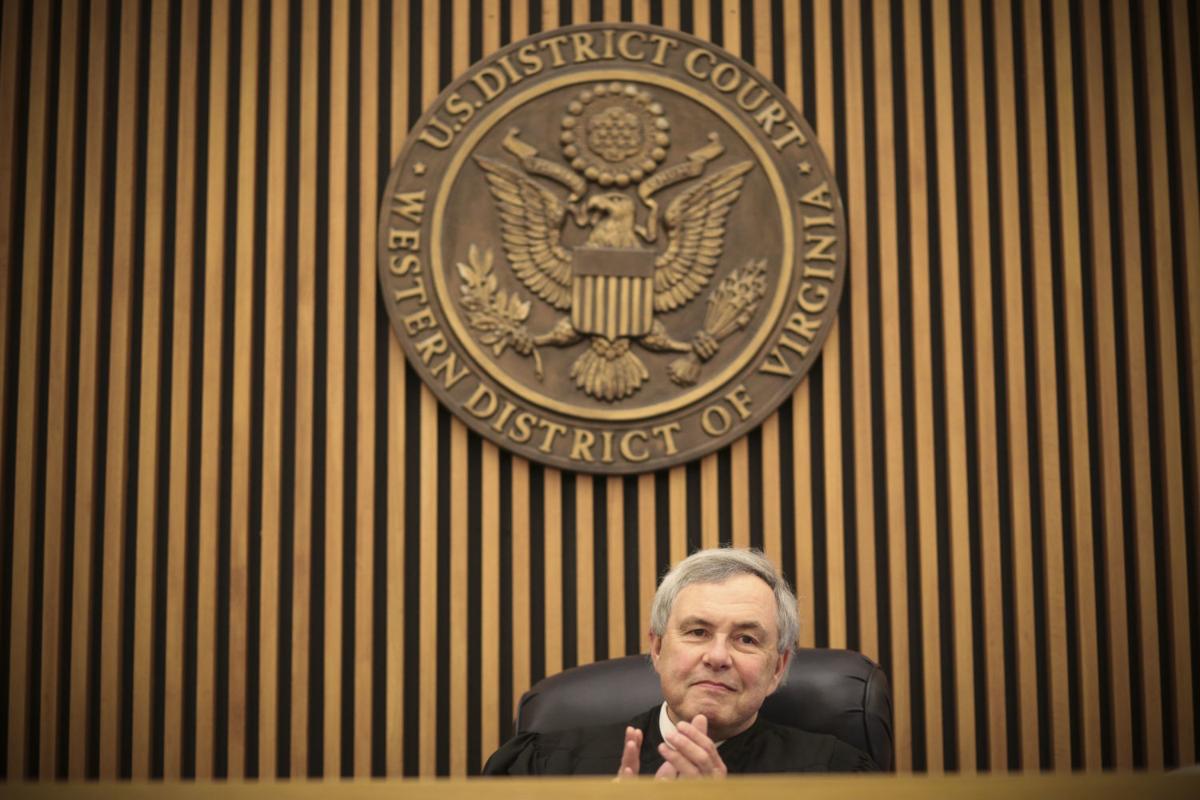 Glen Conrad, who retired in December.

Tobias is the Williams Chair in Law at the University of Richmond.

In December, Western District of Virginia Judge Glen Conrad assumed senior status after more than forty years of dedicated service as Chief District Judge, District Judge and Magistrate Judge on the court, which encompasses the western half of the Commonwealth. Because the district requires all of the court’s members when discharging its constitutional responsibility to deliver justice, Virginia Democratic Sens. Mark Warner and Tim Kaine should cooperate with President Donald Trump to swiftly fill Judge Conrad’s vacancy.

Last fall, Judge Conrad informed President Trump that he would leave active status in December. Most senior judges carry a reduced caseload, usually fifty percent. When the highly respected jurist assumed senior status, this meant that the President had to nominate, and with Senate advice and consent, confirm a new active judge for the Western District.

Judge Conrad has resolved thousands of cases, many of which have been high-profile lawsuits. For example, the jurist presided over the trial resulting from a University of Virginia dean’s allegation that a discredited Rolling Stone article involving rapes on campus defamed her. He concomitantly heard litigation involving the locus of the Unite the Right rally. Judge Conrad also recently rejected a suit by Norfolk Southern, which challenged Roanoke’s imposition of a stormwater management fee on the railroad.

In late January 2017, Sens. Warner and Kaine announced that they were seeking applications to fill the opening until February 26. The senators asked that an independent committee of lawyers evaluate the applications and interview candidates while the legislators stated that they were also seeking input from bar organizations and additional experts.

Warner and Kaine said that they would then analyze the input from their independent group, bar associations and other experts and suggest well qualified individuals to President Trump. The senators ought to furnish multiple recommendations with explanations for their choices to Trump, so the President will have flexibility to select the finest candidate.

When the White House receives the suggestions, the White House Counsel should promptly evaluate them and propose names to Trump. The White House must assiduously consult Warner and Kaine and attempt to speedily reach consensus on the best candidate whom Trump should quickly nominate. When the nomination comes to the Senate, the Virginia senators should introduce the nominee to their colleagues and facilitate an expeditious, fair confirmation process. Sen. Chuck Grassley (R-IA), the Chair of the Judiciary Committee, must rapidly initiate panel investigation and conduct a nominee hearing, discussion and vote. Once the committee approves the nominee, Mitch McConnell (R-KY), the Majority Leader, should arrange a floor debate and ballot.

December 8 was Judge Conrad’s final day as an active federal judge. It would be fitting to quickly fill his vacancy with a jurist who is as devoted to the law and justice as Judge Conrad. Accordingly, President Trump and Sens.Warner and Kaine must collaborate to swiftly nominate and confirm a worthy successor