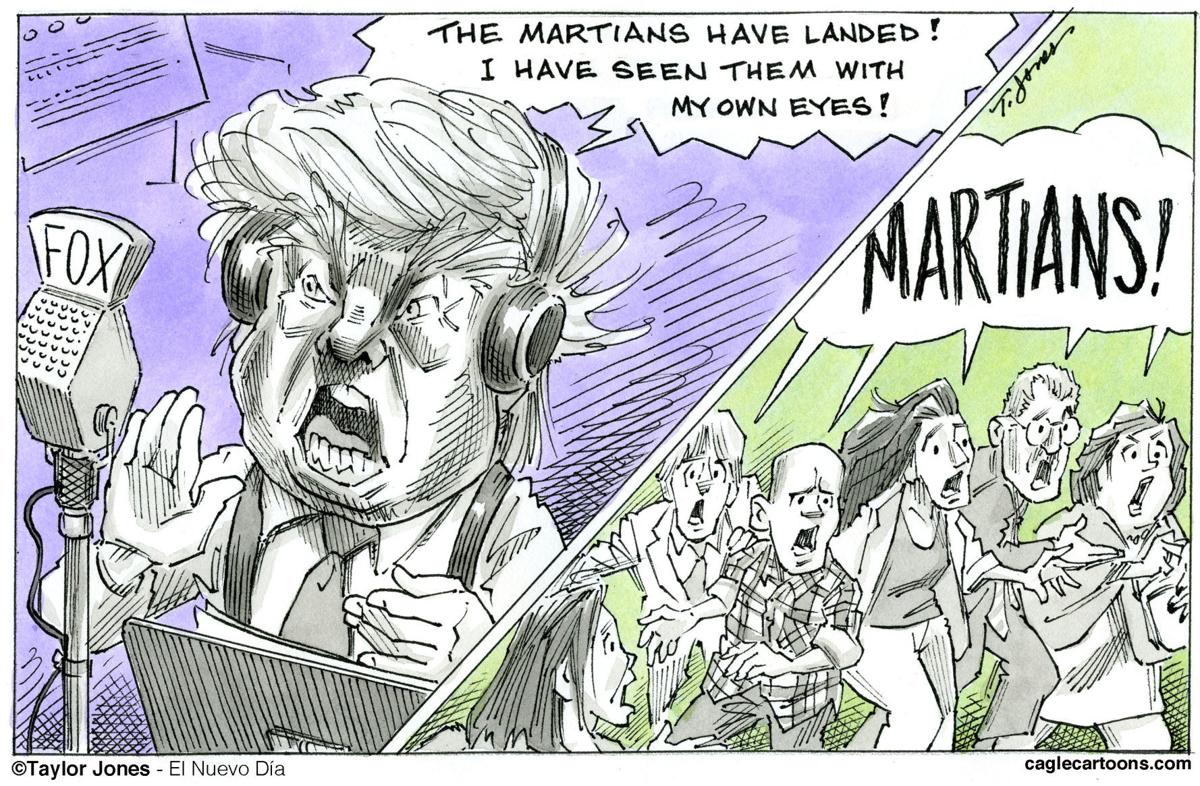 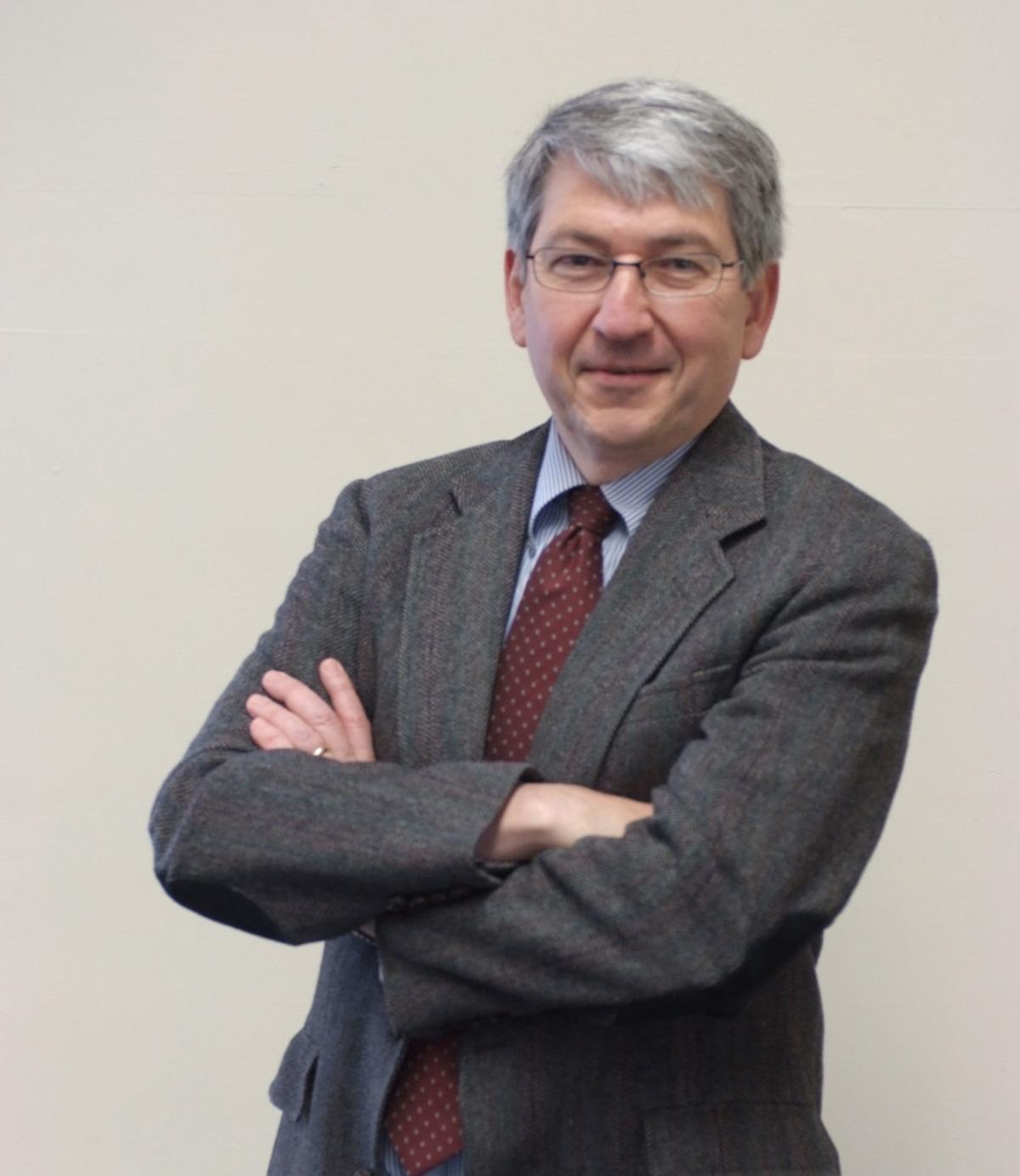 Strong is the Wilson Professor of Politics at Washington and Lee University and is currently completing a book on the presidency of George H.W. Bush. Find more at strong.academic.wlu.edu.

This, of course, raises a tantalizing question. What word—inserted in front of president or presidency—captures the essence of Donald Trump?

What does that mean?

Even if you only glance at them in the supermarket checkout line, you generally know how the tabloids work. First, there’s an eye-catching celebrity-related headline: IS JEFF SESSIONS REALLY AN ALIEN? The story, for those who bother to read it, presents speculation about the Attorney General’s extra-terrestrial origins and concludes with the seemingly sensible observation that no one knows for sure. That kind of story is more fun than false, more entertainment than information.

Then there’s an accompanying photograph. It might show Sessions with one of the odd looks that cross his face when he can’t remember anything about Russia. It might be taken at an angle that makes his forehead appear unusually large. There could be a photo-shopped adjustment in the shape of his ears. The text tells you little, but the picture gives you pause. Maybe he is from another planet. This is tabloid truth; it isn’t true, but it makes you look. This may be the only kind of truth that Donald Trump understands.

In a long career of building businesses and seeking publicity the president acquired an eye for the lies that are useful. Fact-checkers have running tallies on the false statements Trump has made in the campaign and in the White House. The numbers are huge. But the thing about Trump is not that he often lies. That’s easily done. What Trump does is not easy; he lies to good effect.

At least some of the time, the lies he tells get enough people to believe them, for long enough, to win a primary, or dominate a news cycle, or push an unpopular policy. Like a good tabloid front page story, Trump tells lies that attract our attention and make us briefly think unthinkable things.

Consider the origins of the 2016 presidential campaign. Donald Trump began his bid for national political attention by making himself the ringmaster for the birtherism circus. Any professional political adviser who endorsed that strategy would have been committing campaign consultant malpractice. No one would have called it a viable plan for pursuing the presidency. But it was. How did Trump know that?

The answer may be that our president has a kind of tabloid intelligence. He knows which lies will garner publicity without completely destroying the liar’s reputation and which ones tap into deep seated fears and anxieties. He knows how to pitch a falsehood so that it gets more consideration than it deserves. He knows what we will look at while we wait for our groceries to get their turn on the checkout conveyer belt.

When Trump talks about Spygate and angry FBI Democrats, he surely knows that there is no spy and not much anger. He wants us to believe the unbelievable—that the FBI was wrong, or in league with Hillary, when it investigated credible reports of foreign interference in a U.S. presidential election. The evidence for that conclusion is weak, but if you get some people to believe it, even for a little while, you may be able to reduce the effectiveness of special counsel Robert Mueller and his team.

You don’t have to tell the truth about the 2016 campaign or the role of the Russians in it. You just need a few strange stories about servers and text messages that may be plausible enough to sow a little doubt.

There is, of course, a risk for any tabloid president. If you regularly traffic in fantasies and conspiracies — he political equivalents of alien abductions, grassy knolls, and Elvis sightings — you walk a fine line that is dangerously easy to cross. In a serious setting at an international venue, as we recently saw in Helsinki, tabloid rhetoric will not work. When the world is watching and old lame lies are neither entertaining nor enticing, there is nothing left but ordinary mendacity and talk of treason.