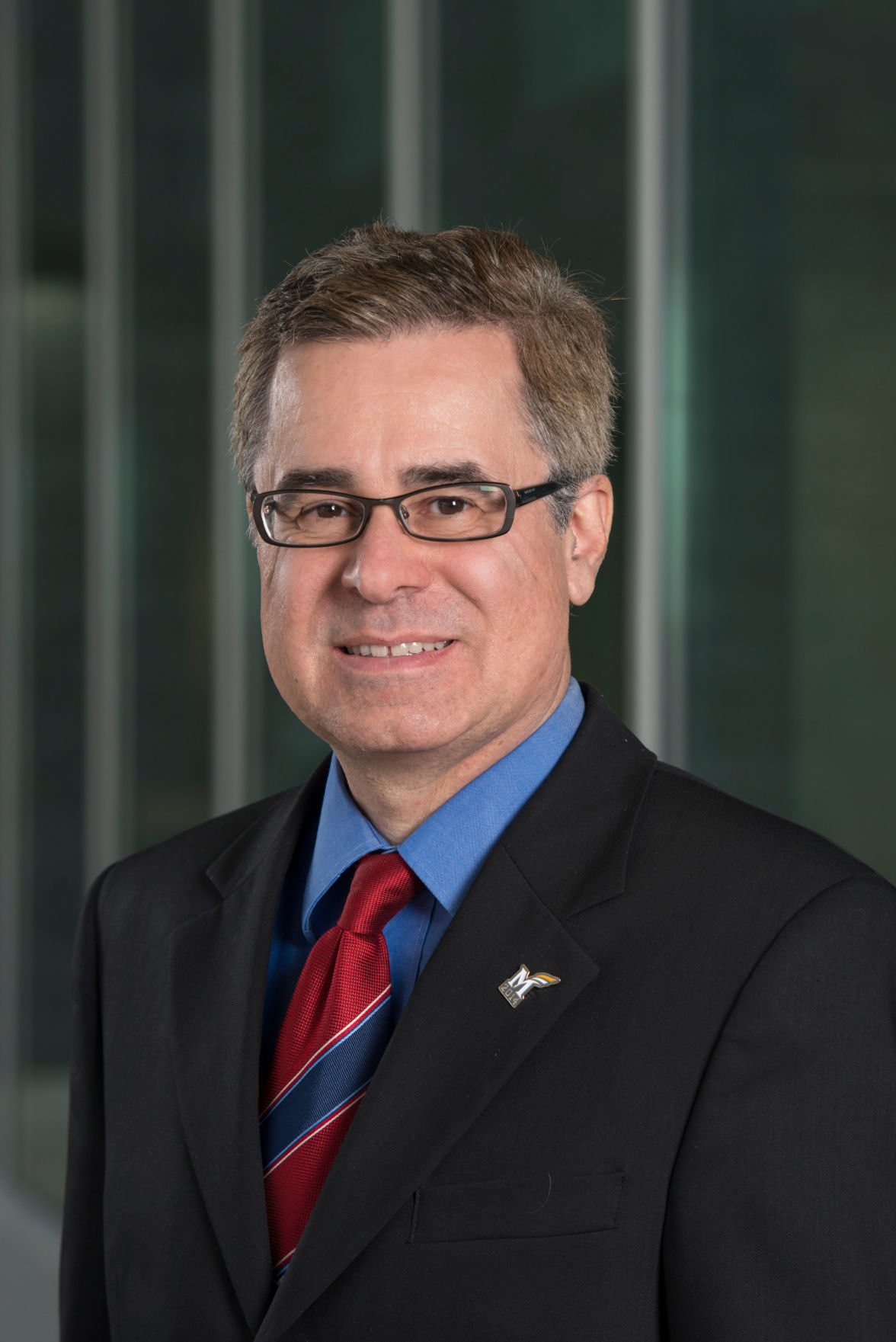 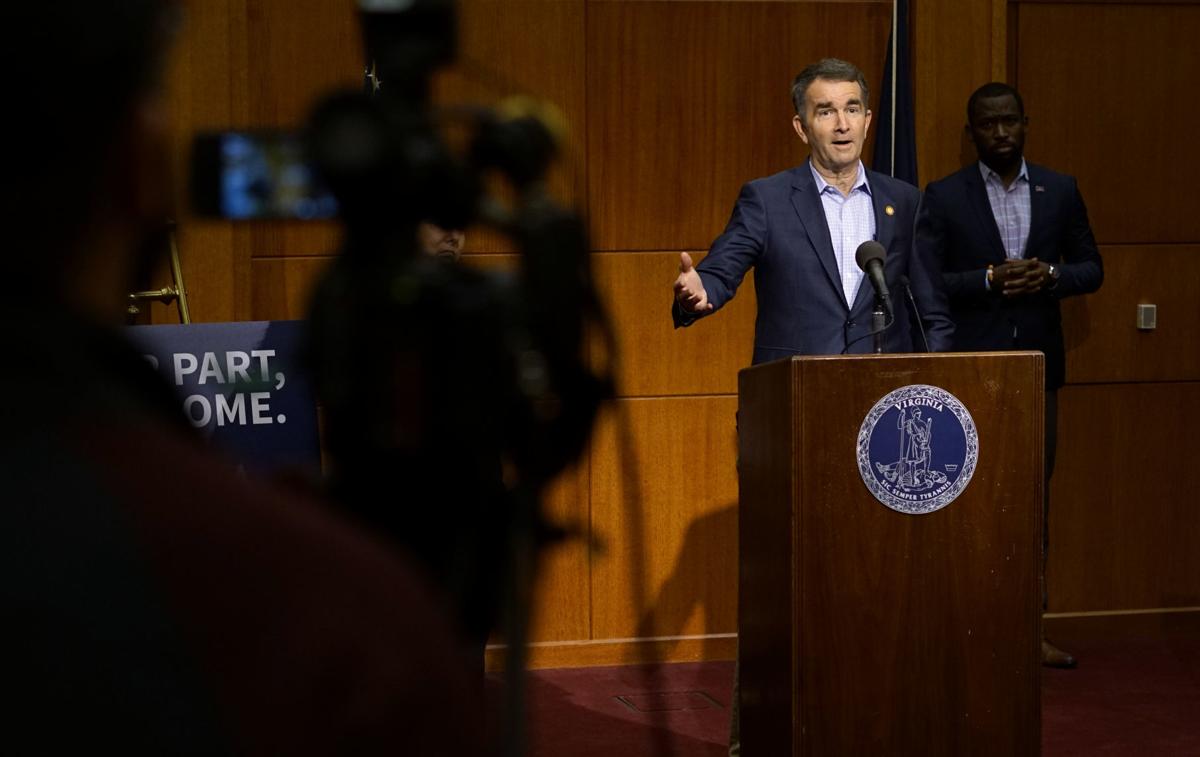 “The sooner we can get this health crisis under control, the sooner our economy will recover,” Gov. Ralph Northam said at a news conference in Richmond on Monday.

“The sooner we can get this health crisis under control, the sooner our economy will recover,” Gov. Ralph Northam said at a news conference in Richmond on Monday.

Rozell is dean of the Schar School of Policy and Government at George Mason University and co-author of the recently published book “Federalism: A Very Short Introduction” (Oxford University Press).

Gov. Northam’s response to the coronavirus crisis is not sitting well with health care professionals and others who believe that the only way to slow the progression of the outbreak — and reverse its spread — is to shut down all large gatherings.

Unlike his colleague to the north, Gov. Larry Hogan of Maryland, Northam has resisted calls for mandatory shut downs of all businesses. Instead, he has preferred empowering localities to enforce a statewide ban on gatherings of ten or more persons.

Northam is in a complicated spot — public health professionals demand immediate mandatory shutdowns by the governor, yet many businesses and political leaders worry that such solutions to the crisis are worse than the consequences of the flexible approach he has adopted. The scary projections of mass unemployment and shortages of necessities must weigh heavily on the governor.

Right now, public health experts are the country’s most visible and respected voices responding to this crisis. That Gov. Hogan’s actions follow their advocacy of prioritizing public health over any other considerations has put the Maryland governor in the media spotlight as one of the nation’s best leaders in a crisis. Gov. Northam’s response has not elicited such plaudits.

The contrasting approaches of neighboring governors highlight the complicated nature of crisis leadership in a multi-layered federal system. The founders of the Republic opted against calls for a strong centralized government system and instead favored allowing states and localities substantial discretion in determining their own courses of action. They understood then that what works in Virginia might not work in Maryland, and probably wouldn’t in Massachusetts.

During normal times that wisdom has served the country remarkably well. But the government has not always stepped up and responded properly in crises and emergencies, in part because of the very nature of the federal system. Large natural disasters such as Hurricane Katrina in 2005 and the massive storms damaging Florida, Texas, and Puerto Rico in 2017 pitted state, territory, and local leaders against presidential administrations that were slow and inadequate in mobilizing national action.

In the financial crisis of 2008-2009 the national government chose to push liquidity into the system to stave off a depression. But nearly one-third of public revenue is controlled by state and local governments, and many are required to have a balanced budget. The federal government opted for spending, while states and localities chose austerity.

Crisis responses across the country today vary substantially. Many governors have moved toward mandatory shut downs of large public gatherings, while one posts on social media pictures of himself at a restaurant (Oklahoma), another refuses to close public beaches teeming with partiers (Florida), and another exempts churches from a ban on gatherings of more than fifty people (Michigan), to give just some of the examples of vastly different responses across the country.

And within many states there are different responses as well. Under much criticism the governor of Florida still wouldn’t close public beaches, so most localities in the state acted on their own to do so without a gubernatorial edict. The governor of New York and the mayor of New York City are clashing constantly over such issues as a proposed quarantine of all residents of the nation’s largest city — favored by the mayor, but the governor says only the state can grant that authority. In some states the localities have great leeway to act, in others they have to get state approval for certain actions.

Confronting a crisis with a hodgepodge of policies often in conflict with each other is not working. Federalism works great in normal times, but its flaws are on full display in the current crisis. Only a strong nationalized response — better late than never — is up to the task of solving this crisis.

Hurricane Katrina happened in 2005, we saw New Orleans devolve into chaos and death and were powerless. We apparently learned nothing. This is the THIRD administration since that time and if progress has been made in emergency response or preparedness, I certainly cannot see it.

This is an investment that should have been made long ago. We need medical infrastructure and we need immense back up facilities and materials in place and ready to be utilized. People die if we cannot respond to medical emergencies.

We also need the military MRE's stored and ready for distribution as well as a quick preparation spin-up if more is needed.

Lastly, we need to assure potable water is being protected and is ready in the event of contamination. We are deeply and wholly unprepared for what a third world war would be, much less a pandemic.

This commentary seems out of touch with what Gov Northam has done. Perhaps it was written before the more recent closings?