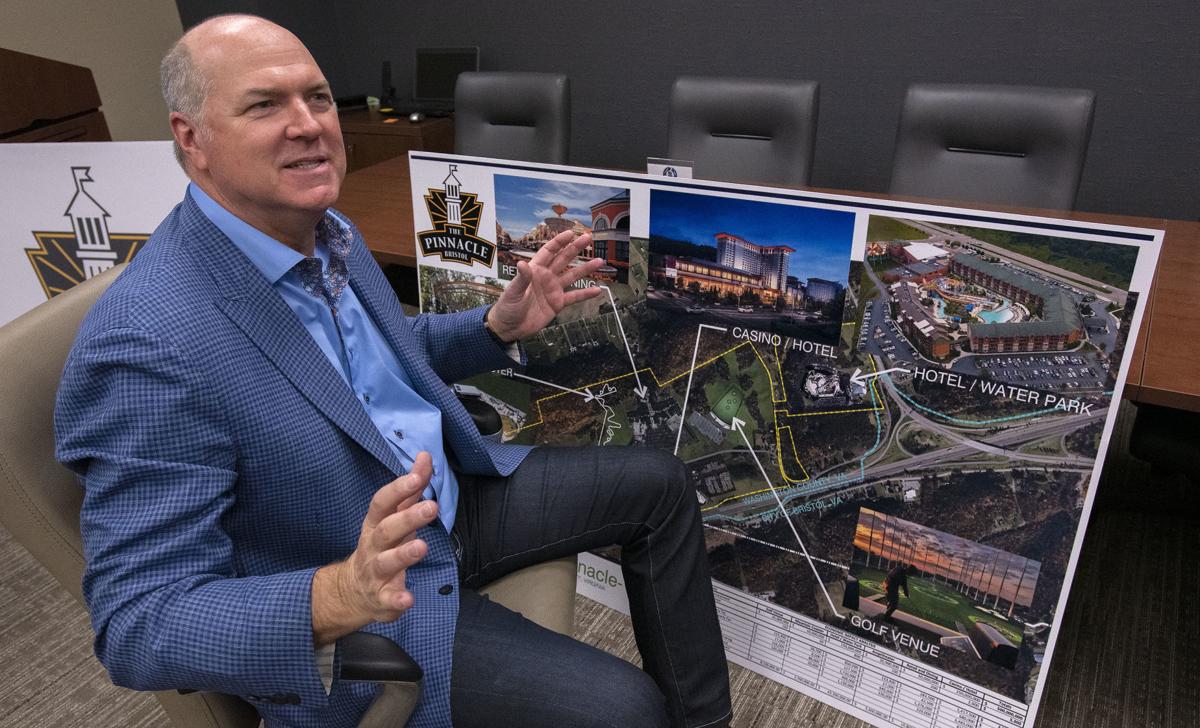 Steve Johnson has proposed a development in Washington County that would include two hotels, a waterpark, a golf entertainment venue, a 15,000-seat amphitheater a mountain coaster and a casino. 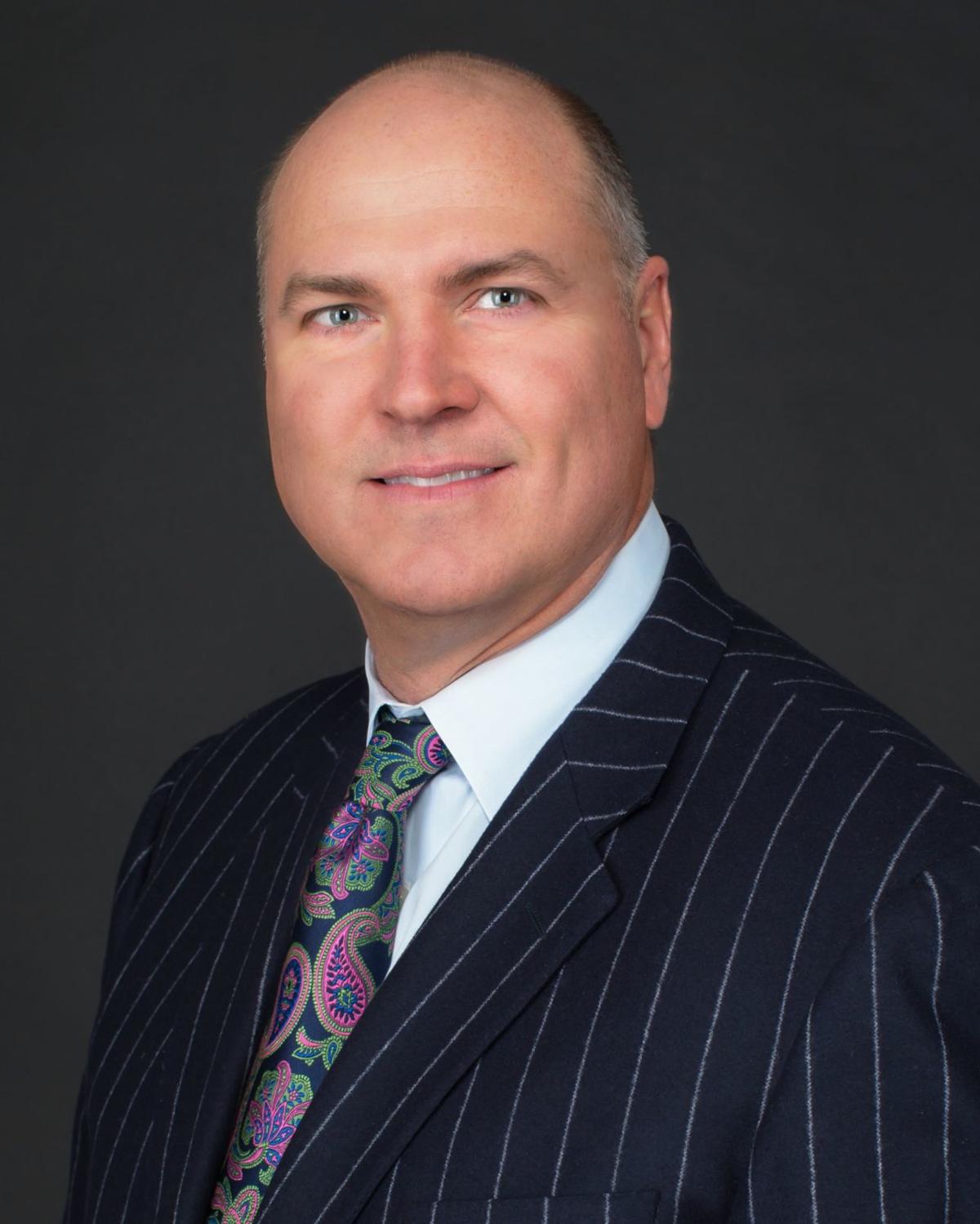 Steve Johnson has proposed a development in Washington County that would include two hotels, a waterpark, a golf entertainment venue, a 15,000-seat amphitheater a mountain coaster and a casino.

If there is anything that I learned from playing football at Virginia Tech and in the National Football League, it is that football is a team game. It takes all 11 guys on offense and all 11 guys on defense to win.

But I also learned that often just one player, when surrounded by the right complement of players, can transform an offense or a defense, and change the entire equation for a team. Patrick Mahomes of the Super Bowl winning Kansas City Chiefs is a great example.

The same can be said for the economy of Southwest Virginia. It is going to take a lot of component parts for us to succeed, but, yes, one project – a complete player, that can run, catch, and score, so to speak – can be the catalyst that sparks the transformation our region desperately needs.

The Roanoke Times editorial board is correct that a casino alone is not going to transform the Southwest Virginia economy.

Fortunately, the project being proposed at The Pinnacle in Washington County, Virginia is more than just a casino — it is an MVP-caliber economic development project that includes a casino, two hotels, a waterpark, a golf entertainment venue, a 15,000-seat amphitheater, and a mountain coaster.

The project will create three times as many jobs than a standalone casino and will be exactly the kind of national destination that can and will spark economic transformation in Southwest Virginia.

A standalone casino is not what Southwest Virginia needs and will not be a silver bullet on its own.

The report from the state’s Joint Legislative Audit and Review Commission made it abundantly clear that a casino alone, estimated to increase the size of our regional economy by just half a percent and the number of jobs by one percent, isn’t going to be enough.

It is the football equivalent of putting a good quarterback behind a second-string offensive line with slow receivers who cannot catch.

But a good football coach would not recruit a good quarterback without also trying to surround him with other talent.

Southwest Virginia should not build a casino without surrounding it with other amenities that can create a true world class destination.

That is the difference between the project proposed for the Bristol Mall and the project I am proposing at The Pinnacle in Washington County.

A strong anchor tenant is the key to any retail development project. When The Pinnacle was first opened, the key to its success was the Bass Pro Shops.

Bass Pro Shops is now surrounded by more than one million square feet of additional retail space, a 12-screen movie theater, and dozens of restaurants that attract more than 5 million people per year.

A large-scale hotel and casino would play the same role at The Pinnacle in Washington County. It would be the anchor piece of a 350-acre development that would include major amenities.

Imagine a 15,000-seat amphitheater featuring dozens of shows each year from the largest pop and country music stars.

Just up the road, imagine a 100,000 square foot waterpark attached to a resort-style hotel.

Of course, do not forget the multi-story golf entertainment venue where you can join your buddies for a great night of food, drink, and golf-based games.

The project also includes a unique, gravity-fed mountain coaster utilizing the natural landscape to give you the thrill and excitement normally found at a theme park, two hours away. We can enjoy it here.

To keep the football analogy going, the casino is the star that brings out the best of every other player on the team – the amphitheater, waterpark and hotel, golf venue, and mountain coaster.

The economic figures speak for themselves.

This multi-faceted project will create over 3,300 full-time jobs, three times the projections for a standalone casino.

Backed by $500 million in private investment – and not one red cent of taxpayer money – this project will generate over $300 million in economic development, again many multiples of what a standalone casino would do for region.

So no, a standalone casino isn’t going to be enough. The Pinnacle at Washington County will succeed for because it teams the best elements of entertainment – not just for gamblers — but for those of many different interests.

It is the kind of project that has the potential to spark true transformation. The kind of transformation that creates a sustainable and thriving destination economy, gives our people good-paying jobs, and gives our kids a reason to stay at home after they graduate.

That is what is on the line, and now it is up to our state leaders to call the play.