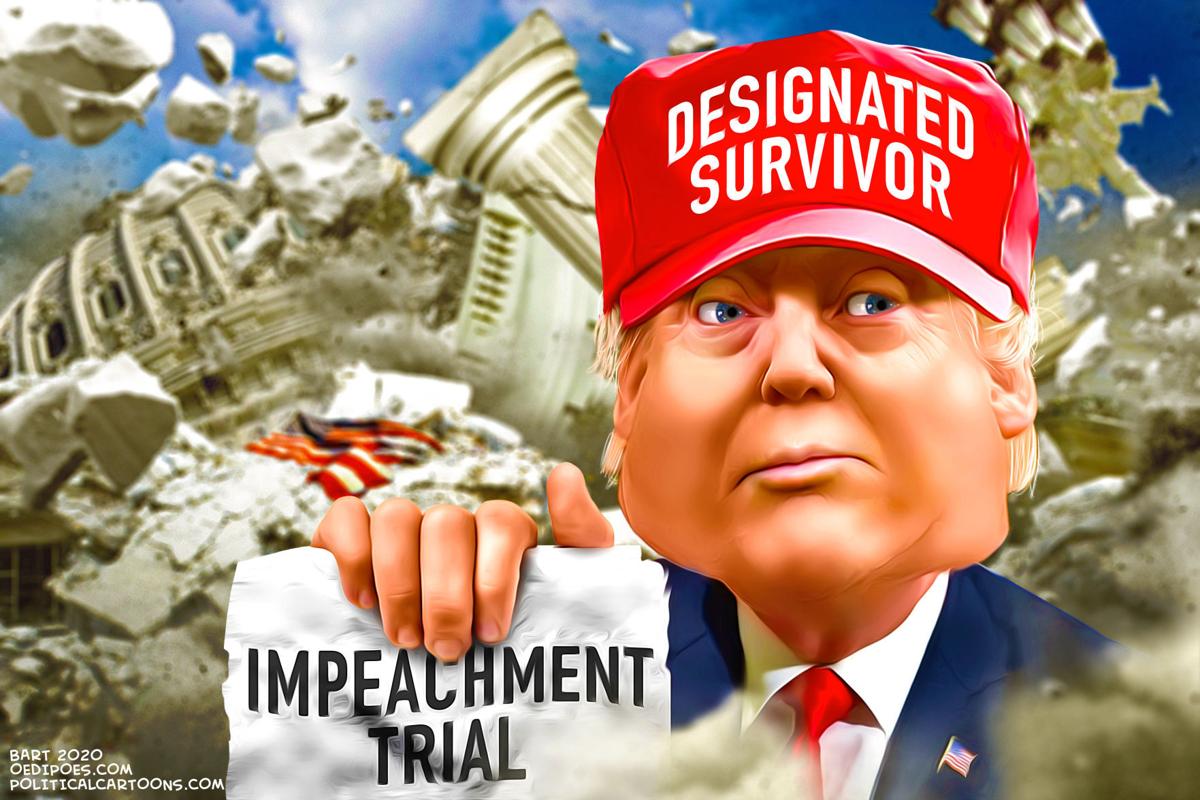 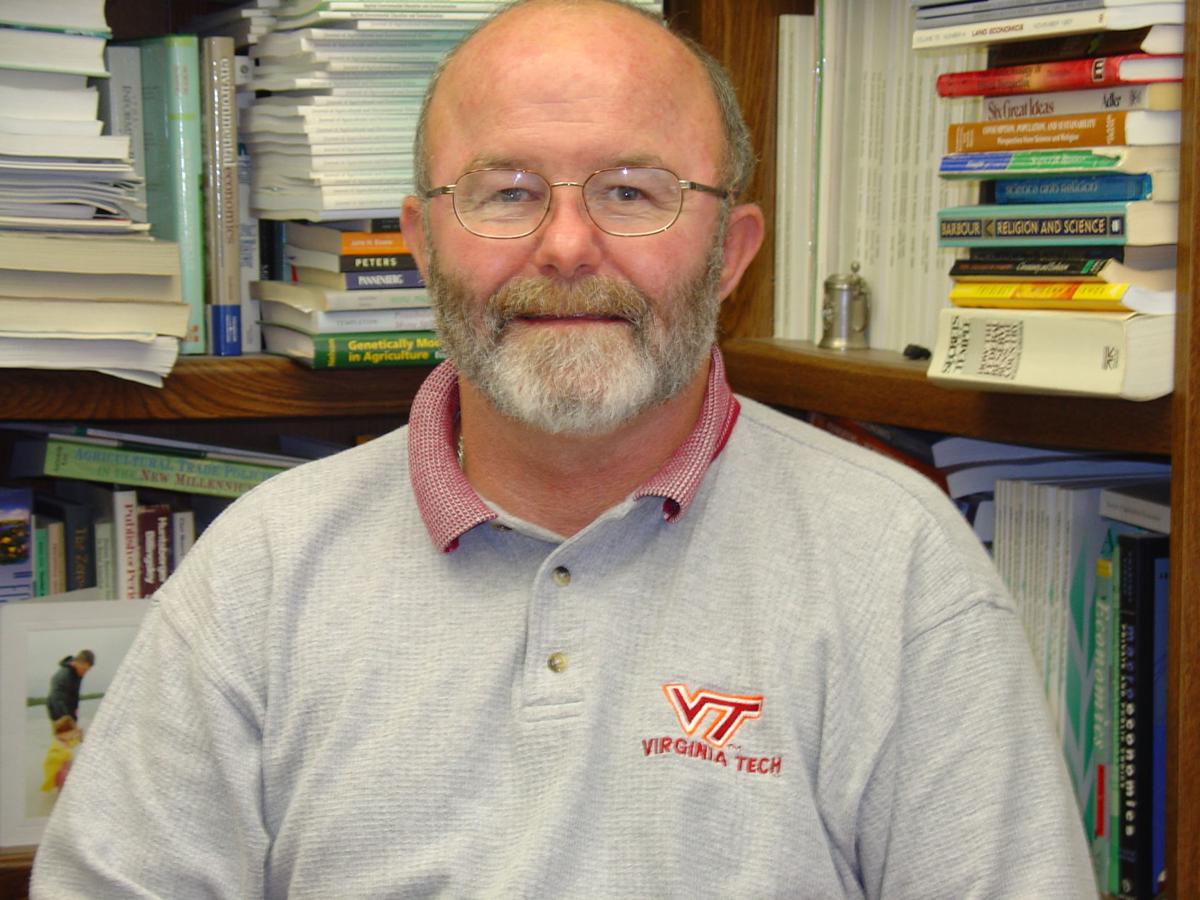 Ellerbrock is director of the Center for Economic Education at Virginia Tech, vicariate deacon for the Catholic Diocese of Richmond, and appointed member of the Virginia Governor’s Advisory Council on Environmental Justice.

“It’s the economy, stupid!” So goes the message to every modern American presidential candidate by advisors, pollsters, and voters. Before assessing what the message suggests about our culture, let’s first examine recent history.

Trump frequently touts his superior guidance of the economy, taking full credit for its growth. However, the facts speak otherwise.

Responding to the severe banking crisis of 2007-08, outgoing President Bush, incoming President Obama, and Congress agreed on a substantial stimulus package, including taxpayer bail outs of financial institutions deemed “too large to let fail.” It worked and Obama subsequently made the recipients repay most of their giant subsidies.

Since the recovery began in late 2009 and 2010, our Gross Domestic Product has maintained a steady rate of annual growth. The S+P Stock Market significantly improved in 2009. To date, it has not grown any faster under Trump than it did under Obama in 2013. Trump is riding an economic growth wave initiated by his predecessors.

Dig a little deeper into equity — which citizens are reaping the most benefits from our growing economy? By the GINI index (which measures income inequality) America’s rich are getting richer and poor getting poorer, a widening income gap exacerbated by Trump’s tax and trade policies.

Trump touts historically low rates of unemployment under his leadership. Yet, it is a mixed bag. Some under-employed people accept low-wage jobs, lowering the unemployment rate without personally getting ahead. Others are so discouraged that they quit looking for jobs, thereby opting out of the labor force, which also lowers the unemployment rate.

What does our national fixation on personal financial prosperity suggest about our priorities in life? Honestly, the Trump phenomenon has caused me to reassess my lifelong understanding of the America I thought I knew. I never imagined having a president who pays hookers $130,000-150,000, mocks handicapped children, denigrates wounded veterans and POWs, coddles dictators, ignores generals, bullies everyone, declares himself a genius and the Chosen One, hides his taxes, rejects the media, lies without pause, and gives no evidence of ever having read a book.

Perhaps Trump is more symptom than root cause of division in our beloved nation. He capitalized off a deep social divide. Apparently, his base cares more about jobs, money, guns, property rights, and eliminating abortions (Amen to that one), than other compelling life issues at home and abroad.

“Evangelical” (Gospel Good News) values do not stop at one’s fence line, nor America’s borders. Jesus was not into assault rifles. We say that we are a Christian country, yet slaughter unborn babies, deny science at the acute risk of abolishing life on this planet that God gave us, slam the door in the face of desperate refugees, tolerate racism in our streets and courts, abandon Kurdish allies to ethnic genocide, reduce access to affordable health care, curtail SNAP food programs for the poor, and enact trillion dollar tax cuts for the top one percent, who somehow “deserve” it. FYI – corporate CEO’s don’t create jobs, consumers do.

Almost all religions and countless saints find the meaning of life in altruism — a selfless concern for others. When asked to summarize the Torah and Gospel, both Rabbi Hillel and Jesus said: “Do unto others as you would have them do unto you. This is the whole of the law and prophets” (MT 7:12).

Official Catholic teaching absolutely condemns any attack on human dignity, before and after birth. “Whatever insults human dignity, such as subhuman living conditions, arbitrary imprisonment, deportation, slavery, prostitution, selling women and children, disgraceful working conditions, where people are mere tools for profit, all these things and others are infamies indeed. They poison human society, but do more harm to those who practice them than to the injured” (Gaudium et Spes). “An economy of exclusion is morally unacceptable” (Evangelli Gaudium). “Whatsoever you do to the least of my brothers, that you do unto me” (MT 25:40).

I remember many of these details differently, and two things Obama said regarding the economy were overlooked completely. "These jobs aren't coming back" and "This is the new normal."

Those of us who have had exposure to the world outside of a couple counties in Virginia have seen a steady growth in outsourcing and consolidation of capital equipment manufacturing companies , improved manufacturing techniques and vastly improved technology. Like it or not this is the world today .

An excellent commentary by Mike !

I thought it was a good essay overall. I didn't have trouble with the details the way Jason did. Obama was right when he said "these jobs aren't coming back." (Norfolk Southern? Freightcar America? Volvo? VA Coal mines?)

I did notice that Ellerbrock, a Catholic deacon, felt duty-bound to land a few pro-life punches. Ending abortion sounds like a good plan. Even those who are pro-choice would prefer that there were far fewer abortions. But making "partial birth abortion" illegal (Trump mentioned that in his SOTU address) will decrease the number of abortions about as well as making bump-stocks illegal will curb gun violence.

What the strident pro-life argument misses is that most abortions are caused, however indirectly, by poverty, inadequate sex education in schools, and insufficient access among the poor to contraceptives. Of course Ellerbrock, a Catholic, probably doesn't think the government should be handling out condoms or birth control pills. But it's worse ... the same people who pound their fists on the table about abortion being murder are the same ones who want to cut the SNAP program and prevent immigrants from accessing our social safety net. Also entirely missing from all of these arguments is the inalienable right of women to have total sovereign control over their own bodies. There's nothing about that in Ellerbrock's Bible, though, because at the time the Bible was written, women were property. That's why I didn't say "God-given right," because "God-given" rights actually have less value because they are beholden to superstition.

Well written! I do not disagree.