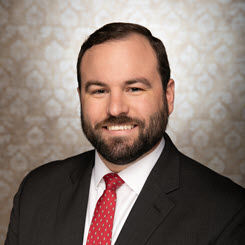 A shopper scans an app on a cellphone while entering an Amazon Go store in Seattle. At those stores there are no cashiers. Everything is handled digitally. Would an increase in the minimum wage accelerate more automated stores?

A shopper scans an app on a cellphone while entering an Amazon Go store in Seattle. At those stores there are no cashiers. Everything is handled digitally. Would an increase in the minimum wage accelerate more automated stores?

Durkin is Vice President of Public Policy for the Roanoke Regional Chamber of Commerce.

As a new majority prepares to take its place in both the Virginia House of Delegates and Senate for the 2020 General Assembly legislative session, the Roanoke Regional Chamber of Commerce has been watching closely to see how the region’s business community may be affected by changing legislative priorities and a shift of political power toward northern Virginia. We are encouraged by signs that the new majority will be supportive of proposals that encourage business collaboration with the educational community to promote opportunities to help grow our local workforce, among other initiatives. However, we are concerned about overtures to increase the minimum wage to $15 per hour and the potential repeal of the Commonwealth’s “right-to-work” law. These two policies, if implemented, could have significant negative effects on job growth and employment in our region.

For those whom may not be as familiar with the issue, right-to-work was adopted decades ago as a protection for both businesses and employees to prevent compulsory union membership as a condition of employment. Pushes have been made in the years since its adoption by some to repeal right-to-work, which would conceivably increase the collection of union dues as well as heightened bargaining power unions would yield over businesses, both large and small. An analysis commissioned by the Virginia Chamber of Commerce estimated that Virginia’s economy could lose more than $1 billion each year as a result of any potential repeal of right-to-work. At stake is our reputation as the nation’s #1 state to do business. We are encouraged that Governor Northam has publicly stated that he does not support ending Virginia’s right to work status, but we will be monitoring this issue diligently to ensure that our region’s employees still have the freedom to choose whether or not to join a union.

The discussion over raising the Commonwealth’s minimum wage to as much as $15 per hour within a matter of several years is troubling as well. Under a current proposal that has been pre-filed for the upcoming 2020 legislative session, Virginia’s minimum wage of $7.25 per hour—the federally mandated minimum wage—would increase to $9 beginning July 1st of 2020, with increases to occur each year until the state minimum wage reaches $15 in 2023. This has the very real potential to harm businesses and their employees across many business sectors in our region. According to a Bureau of Labor Statistics study conducted in 2018, only 2.1% of America’s workforce earned an hourly wage at or below the federal minimum, many of which are employed in service industries. The imposition of an arbitrary minimum wage increase, especially one which does not consider regional cost of living differences, could disproportionately affect employees due to employer reduction of hours, as well as the potential for automatization of tasks. We have already seen this trend in some fast food restaurants and grocery stores. Employers who already pay an hourly wage above the current minimum would almost certainly see their cost of labor increase as the labor market is artificially made more expensive. It is no secret that the cost of living in northern Virginia is far greater than in our region, which could very well be the impetus for this push. But a minimum wage schema that doesn’t take this cost of living disparity into account has far ranging implications that should not be ignored by the new majority.

The repeal of right-to-work and the proposed increase of our minimum wage would certainly place the Commonwealth’s status as the No. 1 state to do business in doubt and could lead to the migration of some employers to surrounding states. What we should be focusing on are more productive policy discussions, such as refining workforce development and cultivating the talent-to-workforce pipeline. The Roanoke region’s business community will benefit greatly from an improved I-81 corridor, as well as increased service from the Roanoke-Blacksburg Regional Airport. Improving our transportation infrastructure will allow us to attract a diverse range of businesses that are drawn to our appealing business climate and outdoor attractions, among the other great reasons to locate here. The Chamber looks forward to working with our regional delegation to the General Assembly to advance policies that will benefit businesses and their employees, and will continue to stand opposed to legislation that would place our region’s economic progress in jeopardy.

Of course repeal of the right to not get paid is a big concern , but if it were enacted we can safely bet that nothing would change in rural Virginia.

Durbin is no friend to the working people. What a jerk.

Raising the minimum wage doesn't add more money into the economic system. The recipients aren't all immediately $15 an hour richer. Inflation happens when too much money chases too few goods/too few services. People may in the short term perceive they have more money, but when the price of milk goes up at the supermarket (affecting rural Virginians, thank you) it is because a segment of the population perceives it has more disposable income. That is, they have more money for milk and willing to pay for it, except that the price of milk goes up, so they don't have as much "more" money. I am using milk as an example, but really it's prices in general that will do this. Why do you think the houses in NY and Sacramento are so significantly higher for the same square footage as houses in Roanoke? It's because the salaries out there are outrageously higher; there is "more" money in the local economies up there / over there. The prices that sellers can get for their homes is commensurate with the number of dollars available. On the other side of the coin, driving inflation, is that any producer of goods, any provider of services, will raise the prices on everything to be able to pass this "more" money to its employees. Add more dollars here to the minimum wage, and everything will go up. It's not rocket surgery. It's 1st year macroeconomics.

So you're saying that if people were slaves costs would go down? Trump's tariffs have raised more prices than raises.

For the sake of joining you in being argumentative, lower costs for employers translates into more competitive pricing for their goods and services. When gasoline goes to $4/gallon (as it has within recent memory) did you drive around MORE than when it is $2.29? Or did you look for strategies to economize, such as combining trips and ensuring your tires were properly inflated? Your costs are a factor.

Labor rates going up to double in 3 years does not incentivise employers to hire additional workers. It motivates them to seek alternatives that will allow them to remain price-competitive in their markets.

Comparing the cost of labor to import tariffs is a red herring and if you indeed are an old man (born in 1946 perhaps?) you ought to be able to support your argument more honorably than that.

You sure care a lot more about the employers than the employees. That says a lot about you, son.

Steve K -- I am an employer doing my best to care for my employees in a competitive field. Son, without employers there are no employees. It is unwise to vilify employers if you enjoy being an employee. Perhaps you will more enjoy launching your own company and bringing on the number of employees your big heart can afford, and to pay them beyond what market forces will bear. Please let me know which way you go on that.

So sorry Mr. Durkin, while the party you supported was simultaneously inciting a civil war over commonsense gun control, committing political suicide by opposing ERA, and protecting confederate statues, the party of the working class was busy writing legislation that matters...

You folks have been Trumped...