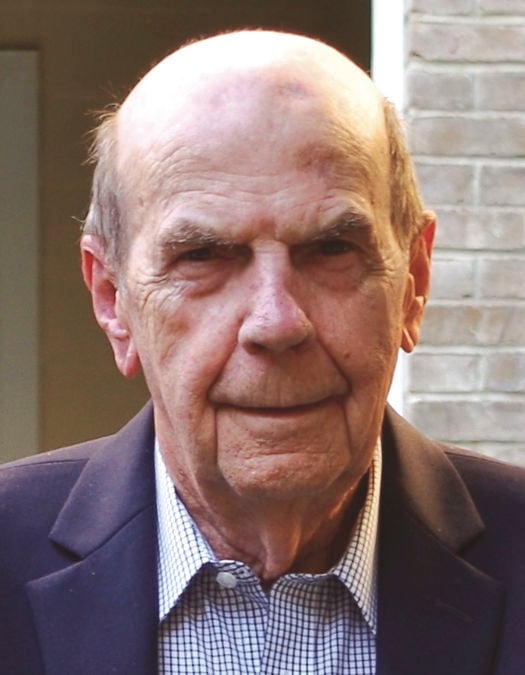 October 28, 1934 January 11, 2020 Charles Dillard Thompson Sr., died in his home in Raleigh, N.C. on January 11, 2020, surrounded by his family and with his heart secure in his faith in the Lord, following a brief illness, he was 85. Dillard was born on October 28, 1934, on a farm in Ferrum, Va., to Clifford and Cloey Thompson. He graduated from Ferrum Junior College in 1953. He married Claudette Jamison, daughter of Dr. E.C. and Ella Jamison of Rocky Mount, Va., in 1955. They celebrated 64 anniversaries together. Following a long career and caring for parents in Ferrum and Roanoke, the Thompsons retired to Raleigh in 2006. They became active members of Trinity Baptist Church and leaders of their community on Hemlock Forest Circle. Dillard loved and cared for his family deeply. Dillard is survived by his wife, Claudette; son, Dr. Charles D. Thompson Jr. and his wife, Hope Shand, of Durham; son, C. Marshall Thompson and his wife, Virginia, of Charlottesville, Va.; daughter, Catherine Anthony and her husband, William, of Raleigh; grandchildren, Kirsten, Zachary, Marshall, Jacob, and Meredith; and four great-grandchildren. He is also survived by his sister and brother-in-law, Doris and Bruce Martin of Bristol, Va. and their children, Bruce and Lisa, and their families; sister, Lucille Woody of Roanoke and her son, Dean; and his brother, William Thompson, of Roanoke. Dillard also cherished his wife's brothers, E.C., Jim and Lewis Jamison; and sister, Diane Kingery, and their families. Dillard will be buried alongside his parents in Mountain View Memorial Park in Boones Mill. Visitation will be held at Flora Funeral Home in Rocky Mount from 6 until 8 p.m. on Wednesday, January 15, 2020. A graveside service will be held at 11 a.m. on Thursday, January 16, 2020. A memorial service will also be held in Raleigh at Trinity Baptist Church at a later date. In lieu of flowers, donations may be made to St. Jude Children's Research Hospital or the charity of your choice.