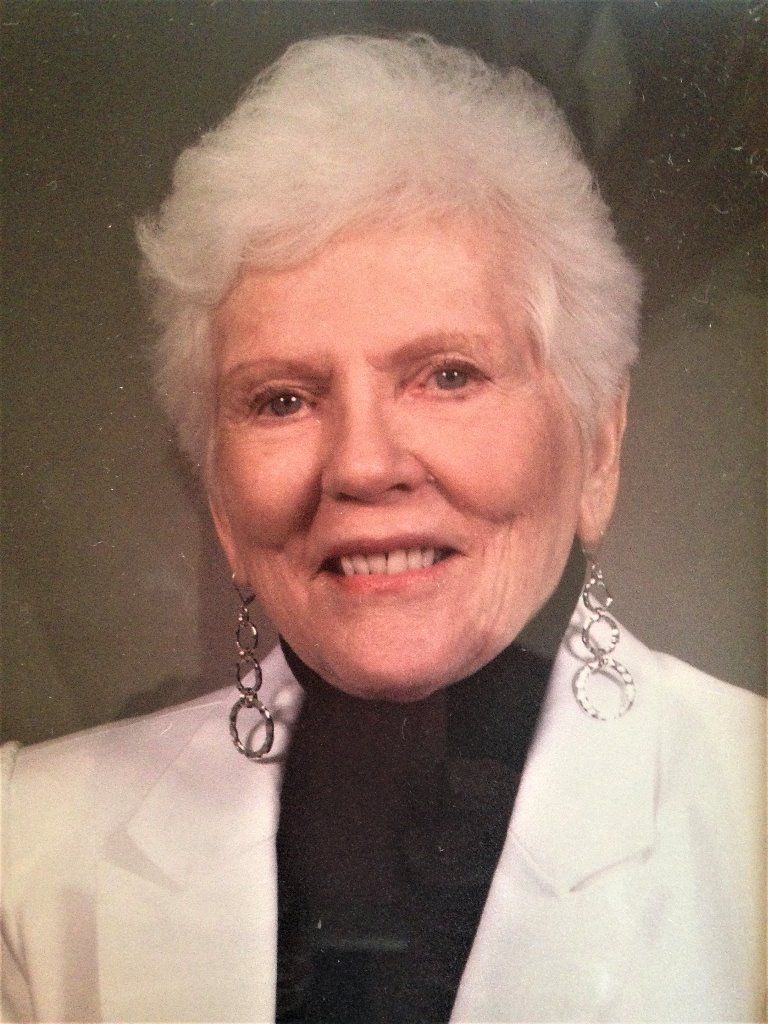 July 22, 1925 November 28, 2019 Ruby Y. Martin, 94, of Roanoke, Va., departed for her Heavenly Home on Thursday, November 28, 2019. She was born on July 22, 1925, to the late Arsie and Esther Young. Ruby graduated from Jefferson High School in June 1942 and went to work in the office of Heironimus in downtown Roanoke. She met the love of her life, Nelson Martin, and married him on August 15, 1947. When they began having children, she gave up her career at Heironimus to become a wonderful stay at home mom to her three children. Ruby was a longtime member of First Baptist Church before transferring her membership to Bonsack Baptist Church. She had many friends at both churches. Ruby was a member of and served as president of the Homemaker's Club. She was a very talented seamstress sewing clothes for all three of her children including wedding dresses for her two daughters. The most important thing in Ruby's life was her family whom she dearly loved and who dearly loved her. In addition to her parents, she was preceded in death by her husband, Nelson R. Martin; son, N. Ray Martin; and daughter, Pamela M. Watson. Ruby was also predeceased by sister and brother-in-law, Flossie and Curtis Hodges; sister and brother-in-law, Doris and Cecil Aaron; brother-in-law, Robert Buchner; sister-in-law, Joyce Young; and sister and brother-in-law, Joyce and Roy Doss. Ruby's survivors include daughter, Ginger McGhee and husband, Leon T. McGhee; son-in-law, Danny Watson; grandchildren, Afton McGhee Mormann and husband, Nick Mormann, April McGhee, Chase Watson, and Reece Watson; great-grandchildren, Ian Mormann and Anna Mormann; sister, Billie Buchner; brother, Donald Young; and numerous nieces and nephews. A Funeral Service will be held at 10 a.m. on Monday, December 2, 2019, at Oakey's East Chapel with Dr. Chris Cadenhead officiating. Interment will follow in Blue Ridge Memorial Gardens. The family will receive friends from 4 until 6 p.m. on Sunday, December 1, 2019, at the funeral home. Online condolences may be made at www.oakeys.com.