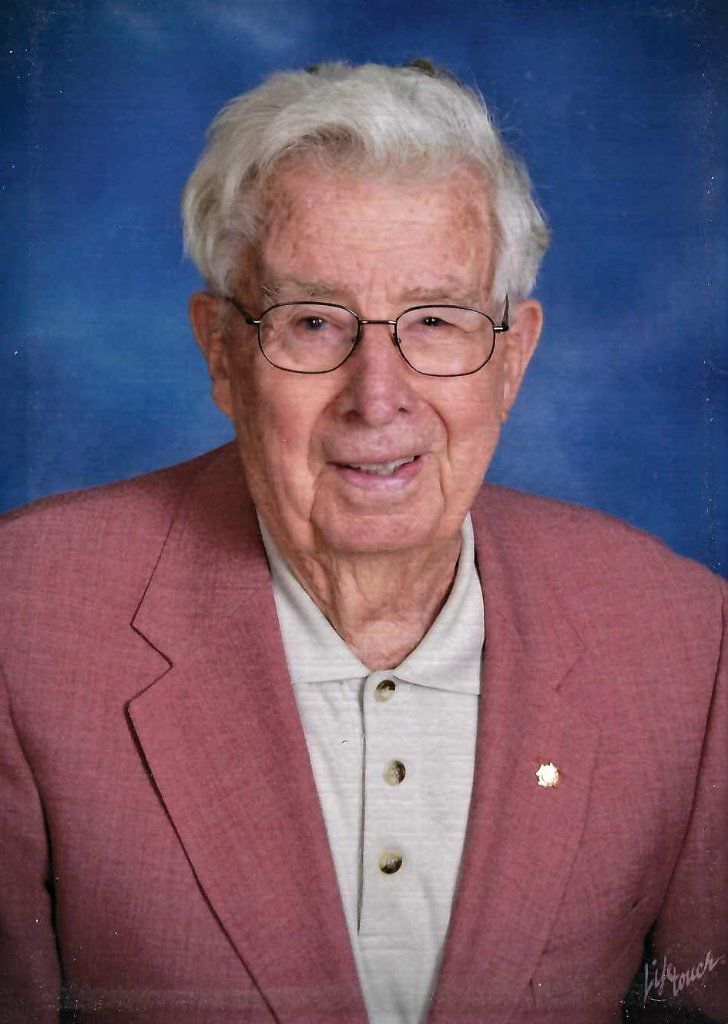 March 6, 1925 March 21, 2020 On Saturday, March 21, 2020, Elmer E. "Sleepy" East, of loving husband and father of two children passed away at his home at the age of 95. He was born in Olaf in Roanoke County, Va., on March 6, 1925, to Harry and Lena East. Sleepy served in the United States Army during World War II and worked at Norfolk and Southern Railroad. He was a member of Williamson Road Lodge #163 AF & AM. On August 4. 1946, he married Betty Elizabeth Bair and they raised two children, William "Bill" and Susan. Sleepy was a lifetime member of Garden City Baptist Church. He enjoyed fishing, hunting, woodworking and traveling with his wife in their RV. Later in life he enjoyed relaxing in his garage, bird watching and visiting with friends. He was preceded in death by his father, Harry; his mother, Lena; his sister, Vivian; his wife, Betty; and his grandson, David Cook. He is survived by his two children, William (Pam) and Susan Cook (Steve); three grandchildren, Jeff (Kim), Jennifer Shockley (Jim), and Melinda Switzer (Jason); granddaughter-in-law, Michelle Cook; stepgrandson, David Trout; nine grandchildren, Jake, Ashley (Tiana), Dakota, Caleb, Jake, Maranda, Daniel, Samantha and Elliott; his sisters, Virginia Adams, Katharine Carpenter and Betty Thacker; and many nieces and nephews. The family would like to thank Daddy's "Girls" for all the great care they gave him throughout his last years. And a special thanks to Alexis with Generation Solutions and Carilion Home Care. A private family service will be held by Jay Fields officiating followed by a celebration of life. In lieu of flowers, donations may be made to Shriner's Hospital, 950 W. Faris Road, Greenville, SC 29605. Online condolences may be shared at www.oakeys.com.