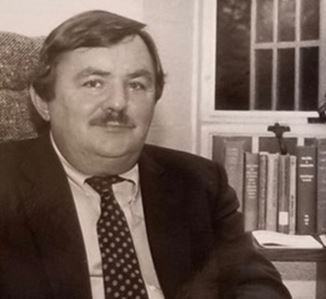 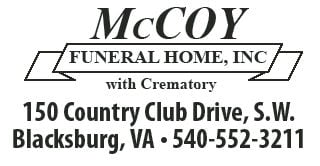 May 28, 1940 March 25, 2019 Charles Jackson (Jack) Dudley died on March 25, 2019, quickly and peacefully at home after a long illness. Jack was born May 28, 1940, to Woodrow and Clara Lord Dudley in Arnoldsville, Ga. His life was long and joyful. Jack is survived by his wife of 54 years, Ann Larkin Sims Dudley; daughter, Drenan Dudley; granddaughter, Abigail Dudley and her mother, Deborah Dudley; brother, Walter Dudley; nephew, Scott Dudley and his daughter; and niece, Dawn Smith, her husband Ronnie, and their children. Jack's son, Chris Dudley, his parents, and sister-in-law, Judy Dudley, predeceased him. Jack, often described as "a pistol" even in his early years, graduated from Oglethorpe County High School, Georgia; the University of Georgia with a BA in Political Science and Sociology in 1963; and the University of Oregon with a Ph.D. in Sociology in 1969. While a student at the University of Georgia, he and a fraternity brother enlisted in the Platoon Leaders Class of the United States Marine Corps, which he completed in 1965. He was honorably discharged from the Corps in 1966. Jack got more out of Georgia than just upbringing and education as he also met the love of his life, Larkin, and married her there. After earning a Ph.D., Jack accepted an assistant professorship at the University of Georgia. Five years, and two children later, he and his family moved to Blacksburg, Va. where Jack served on the faculty of Virginia Tech in sociology from 1974-1990. He won several teaching awards at Virginia Tech, including Certificates of Teaching Excellence, membership in the Academy of Teaching Excellence, and the Alumni Award of Teaching Excellence. He also published numerous articles and book chapters as well as presenting at professional conferences. In the early 1980s, Jack also took great pleasure in working with several community members to create a Blacksburg youth soccer league and a varsity high school soccer team, where his son Chris, was goalie. He was thrilled for players and coaches when hearing about the 35 years of continued success of the varsity team, including regional and state championships. In 1990, Jack became the Director of the Virginia Tech Honors Program, a program where students and faculty would strive for excellence in one or several academic fields. Jack knew there could be more to the program and was driven to ensure it reached all of its potential. Over the next 20 years under his leadership, the program gained and maintained a national reputation as an outstanding and innovative Honors Program. To Jack's great delight, the Honors students did extraordinarily well with over 200 national scholarships and other awards. Under his guidance, the program began the process of donors creating scholarships for students to engage in a wide range of activities. Now, a number of Honors students are scattered across the globe completing projects of significance. His efforts earned recognition from the National Honors Association, the Virginia Tech Academy of Teaching Excellence, the Leadership Award from the Harry S. Truman Foundation, accolades from the Emerging Leadership workshop, and high regard from many students, faculty, parents, and friends of the Honors Program. A bust of Jack, created by Larry Bechtel, was donated upon his retirement. Among the joys Jack acquired from Honors were receiving a memory book called "the candle project" and watching brilliant students annually take a break from thoughtful studies to build snowmen in the likeness of their beloved teacher. Students fashioned full size "SnowJacks" to express everything from deep thought, rule rebellion, and resistance to inequality. Jack's ultimate honor was teaching, inspiring, and supporting those around him to surpass limitations to use their talents for the greater good. Jack was a caring husband, father, grandfather, educator, mentor, and friend. He loved deeply. He also believed that saying YES to those who desired progress was crucial to the development of people and programs and is revered for his delight in saying "Why not?" to any reasonable idea (and sometimes unreasonable ones) from students and faculty. Jack's uncanny ability to respect and combine his rural southern roots and his love for academic arguments gave him unique insights. His optimism and love for watermelon (and most other foods) was infectious, superseded only by his absolute delight in spirited political arguments in which he engaged often with all. Except for the loss of his son, whose death he deeply grieved, Jack felt he had lived a very blessed life, always devoted to adventurous learning, teaching, and hearty chuckles. In the last years, when illness kept him at home, more than out in the community, Jack, as well as Larkin and Drenan, appreciated the visits and support of many friends, neighbors, former students and colleagues, and members of Christ Episcopal Church. Faithful visitors, Ed, George, Louis, Bud, Golde, Christina, Bill and Molly; the Reverend Scott West; and physician and friend, Lucian Robinson, enjoyed many conversations. The dedicated expertise and caring from those at Carilion New River Valley Hospice added quality and dignity to Jack's life, earning a love that he never felt he could adequately express, particularly to those who spent the most time with him, Nicole, Cindy, Kelly, and Heather. A funeral will be held at Christ Episcopal Church, 120 Church Street, NE, Blacksburg, Va. at 2 p.m., Friday, April 5, 2019. Visitation before the service begins at 12:30 p.m. at the church and a reception will follow after the service in the parish hall. In lieu of flowers, Jack asked for you to do an act of kindness in his memory by identifying someone with great need and helping to resolve that difficulty. He believed that despite all our talk, there is simply too little love in this world. Also if you wish, support the Carilion New River Valley Hospice https://give.carilionfoundation.org/donation-form-hospice (Select "Hospice - New River Valley" in the "Designation" drop box) or mail a check to 701 Randolph Street, Suite 110, Radford VA, 24141; the Literacy Volunteers of the New River Valley https://cfnrv.givebig.org/c/NRV/a/lvnrv; or Christ Episcopal Church, PO Box 164, Blacksburg, Va., 24063. Arrangements by McCoy Funeral Home, Blacksburg.

To plant a tree in memory of Charles DUDLEY as a living tribute, please visit Tribute Store.
+1
+1