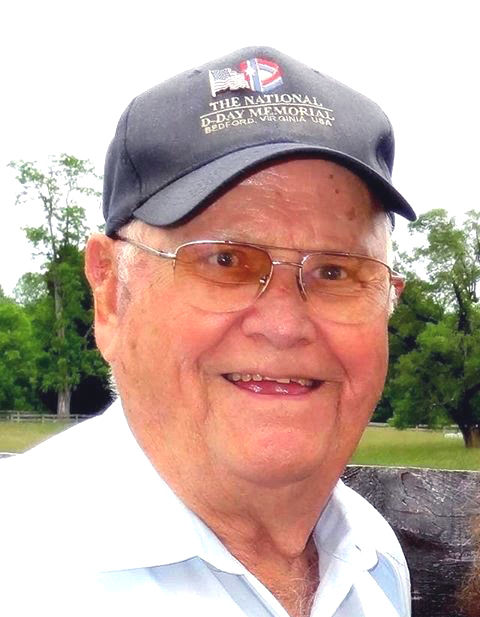 February 13, 2020 William R. Collins, "Roy" to many and "Pop" to his family, went to be with his beloved wife of 59 years on Thursday, February 13, 2020, at the age of 95. He will be missed terribly by his family and all who knew him. He was preceded in death by his wife, Nagatha Turner Collins; father, James Boyd Collins; mother, Ida Huff Collins; sisters, Virginia Durman (Merle), Nettie Lawson (Ray); son, Mike Collins; grandson, Greg White; great-grandson, Ryder Brooks; and son-in-law, Barry Brooks. Left to cherish his memory are his daughters, Jennifer Brooks and Janet White (Mack); son, Mark Collins (Sherry); daughter-in-law, Linda Collins; grandsons, Scott Brooks, Michael Collins (Stephanie), and Corey Collins (Desiree); great-grandchildren, Emmy Brooks, Michaela Collins, August Collins; and good friend Violet Hilliker. Roy was a United States Army World War II veteran who received the Bronze Star and Purple Heart. He was also a proud and loyal member of the Sheet Metal Workers' Local 100 union for over 60 years. Visitation will be at Lotz Funeral Home in Vinton on Sunday, February 16, 2020, from 2 until 4 p.m. and 5 until 7 p.m. Funeral service will also be at Lotz on Monday, February 17, 2020, at 2 p.m. with interment to follow at Blue Ridge Memorial Gardens. Online condolences may be made at www.lotzfuneralhomevinton.com.

To plant a tree in memory of William Collins as a living tribute, please visit Tribute Store.
+1
+1