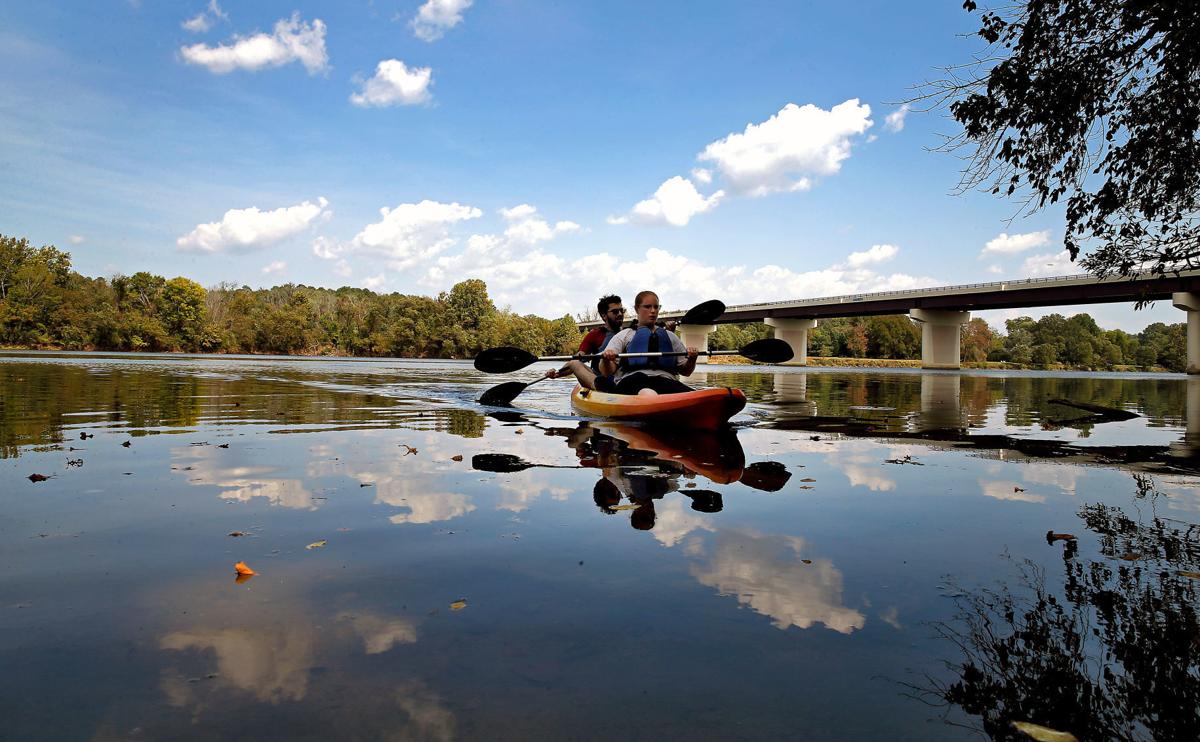 Jonathan and Natalie Etheridge enjoy time on the James River. A new report rates the river’s overall health at 60%. 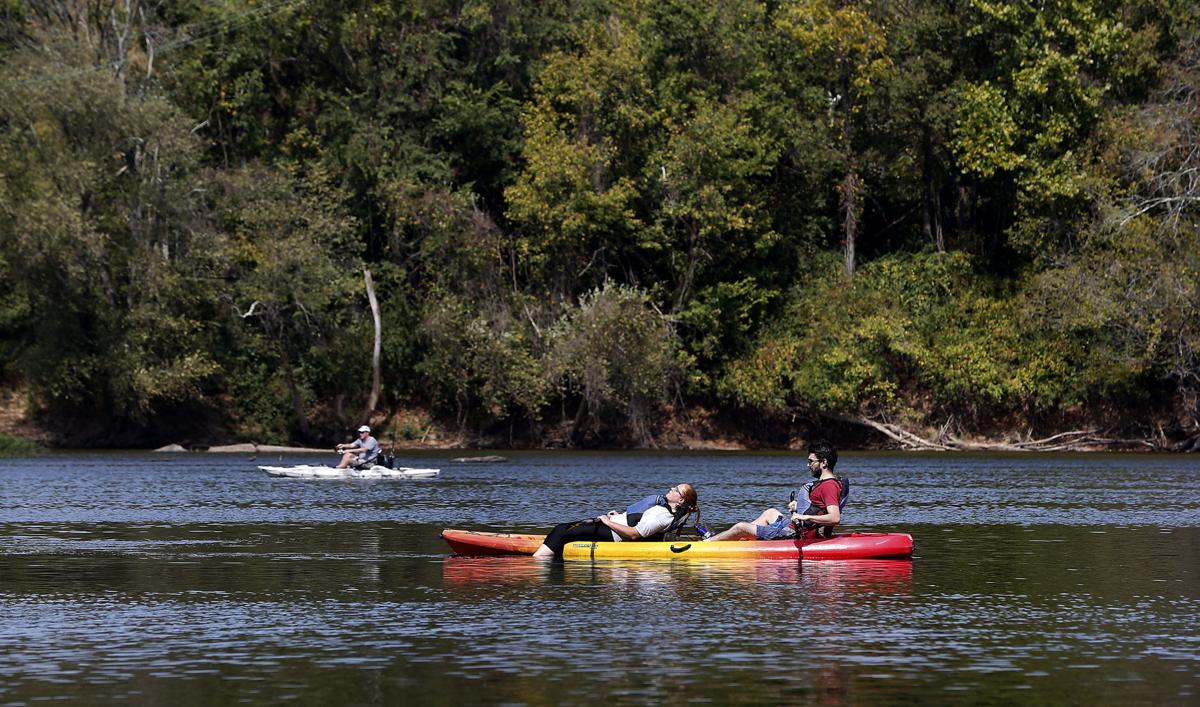 Kayaking and fishing are popular James River activities. This year’s report on the river’s condition notes its resilience but also says the waterway remains “at risk.” 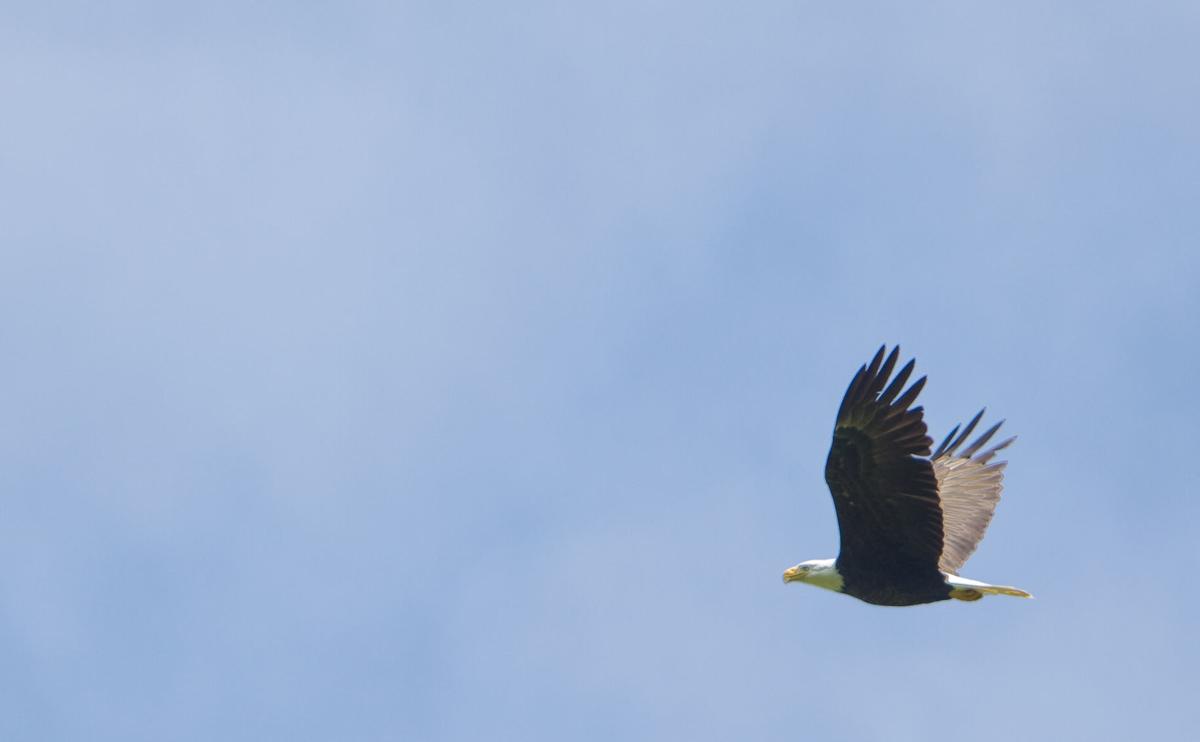 A bald eagle flies over the Paint Bank Fish Hatchery on Potts Mountain in Craig County.

Jonathan and Natalie Etheridge enjoy time on the James River. A new report rates the river’s overall health at 60%.

Kayaking and fishing are popular James River activities. This year’s report on the river’s condition notes its resilience but also says the waterway remains “at risk.”

A bald eagle flies over the Paint Bank Fish Hatchery on Potts Mountain in Craig County.

Efforts to improve the health of the James River were dealt a minor setback after record rainfalls last year led an increase in dirty stormwater runoff and a decline in oyster and shad populations.

In its biennial State of the James report, the James River Association gives the river an overall health grade of 60%, under its comprehensive assessment of its water quality and various efforts aimed at improving the health of the river’s watershed, which covers about a quarter of the state’s landmass.

William Street, CEO of the nonprofit river association, said some health indicators for the river showed signs of improvement and offset the negative impact of the state’s rainiest year since 1889, helping maintain the B- grade the association gave the river in 2017. (A revised version of the 2017 report lowered its initial 62% score to 60%.)

“This is a positive sign for the resilience of the James, but it is a departure from the steady improvements that we have seen since we first issued the State of the James in 2007,” Street said.

“As the river faces a growing population and a changing climate, the 2019 report shows that the James remains a river at risk,” he said. “We must stay vigilant in order to reach a fully healthy James River and all that it can provide to our communities and to future generations.”

The report measures the river’s health by evaluating fish and wildlife populations, natural habitats, pollution reduction and actions taken to protect and restore the river.

In addition to the decline in shad and oyster populations, which fell by 10% and 12%, respectively, according to the report’s measurements, grades for bacteria, phosphorous and sediment reduction fell slightly, between 1% and 7%. The quality of the river’s tidal waters also decreased by 14%.

“Record rainfall in 2018 tested the resiliency of the James River ecosystem, but the 2019 State of the James report demonstrates steady, long-term improvement in river health that continues today,” Greg Garman, director of the Virginia Commonwealth University Rice Rivers Center, stated in a news release.

“The report documents positive overall trends in several areas but also shows where we need to redouble our restoration efforts.”

In positive developments, the revival of the bald eagle population in the James River watershed — which soared after the banning of the pesticide DDT in 1972 and passage of the Endangered Species Act of 1973 — continued. The number of breeding pairs of bald eagles in the watershed increased to 302 in 2019, up 11 percentage points from 2017 and passing 300 for the first time since surveys began more than 50 years ago.

In Western Virginia, another environmental bellwether species, brook trout, held even over the two years of the study at occupying 74% of the desired habitat targeted by the Chesapeake Bay Program. The species is “extremely sensitive to water quality and rising temperatures,” and its habitat has been reduced due to changes in land use, competition from nonnative fish species, warming streams and acid rain, the report stated.

With the goal of achieving an A grade for the river by 2025, the report says Virginia has made strides in enacting new water quality control measures and investing in $400 million in clean water projects since 2005.

The report gives a 3% and 8% in stormwater and wastewater pollution control measures, respectively — a 6% increase in the health of the James River watershed’s streams and a 16% increase in the acreage of underwater grass habitats that are key for small fish, crustaceans and waterfowls.

James River Association officials said Wednesday that they will call on the administration of Gov. Ralph Northam to increase funding for clean water and conservation programs by $255 million in the next state budget.

The interactive report can be found at stateofthejames.org.

The Roanoke Times contributed to this report.