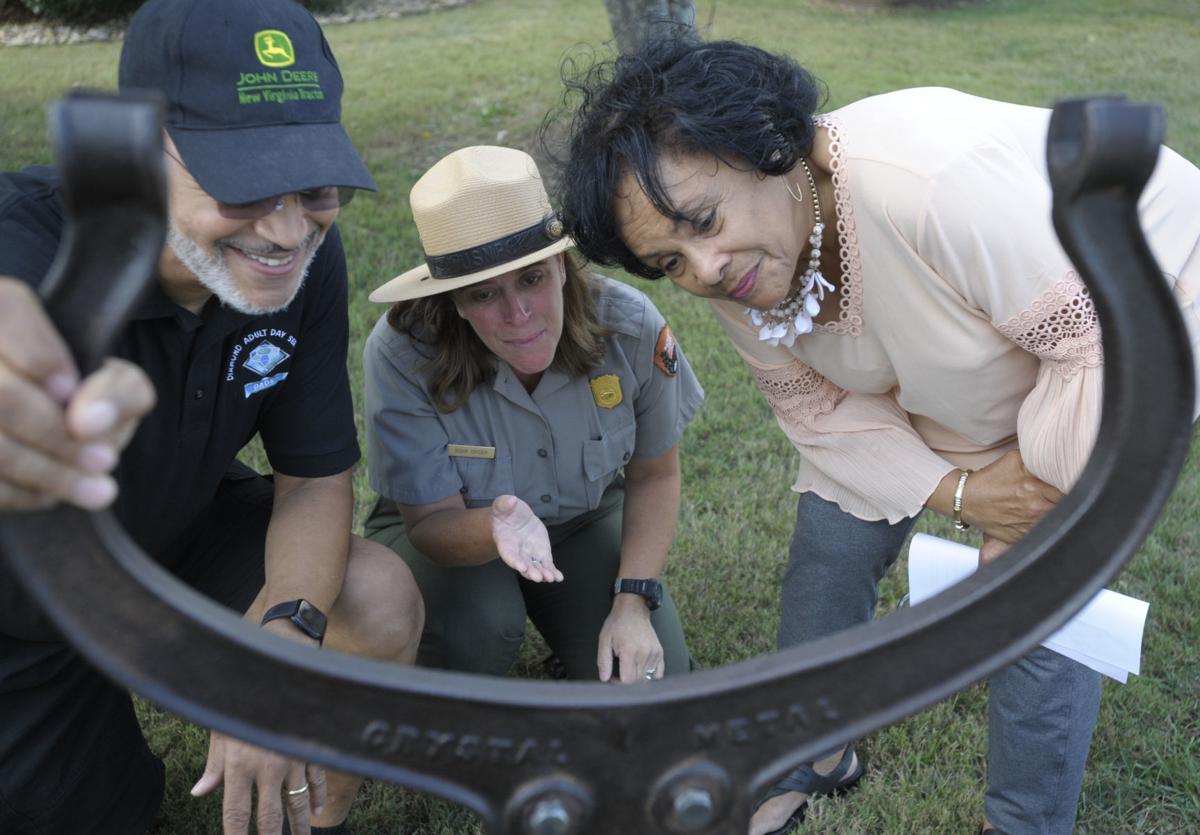 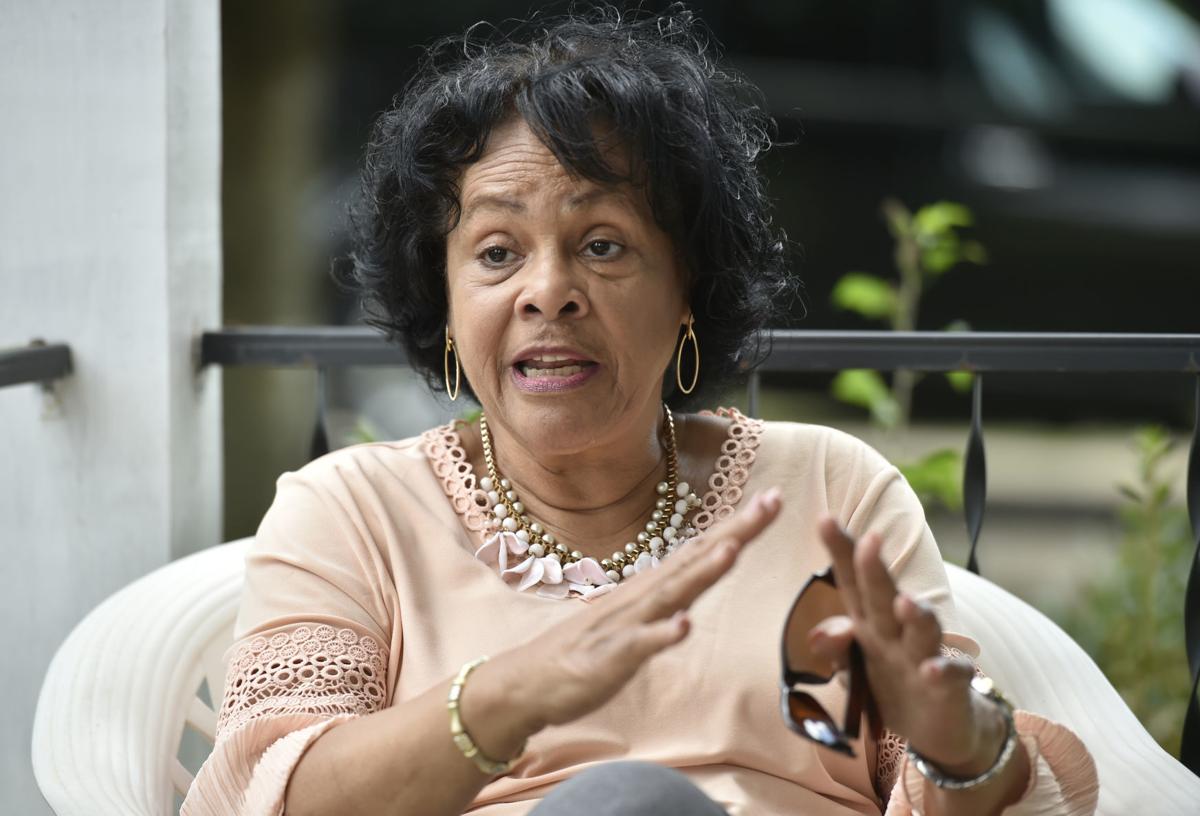 Ora McCoy talks about the history of her family's bell in Appomattox on Sept. 19, 2019. 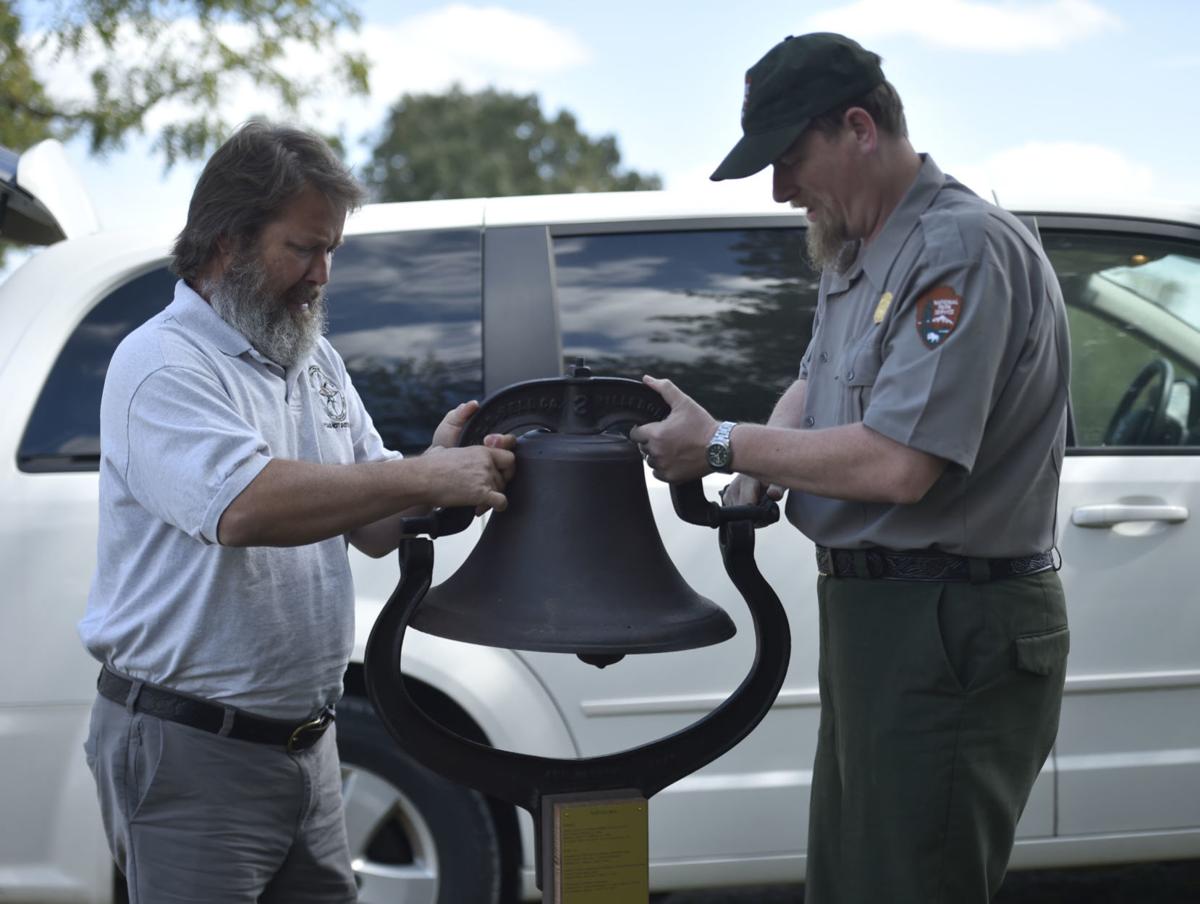 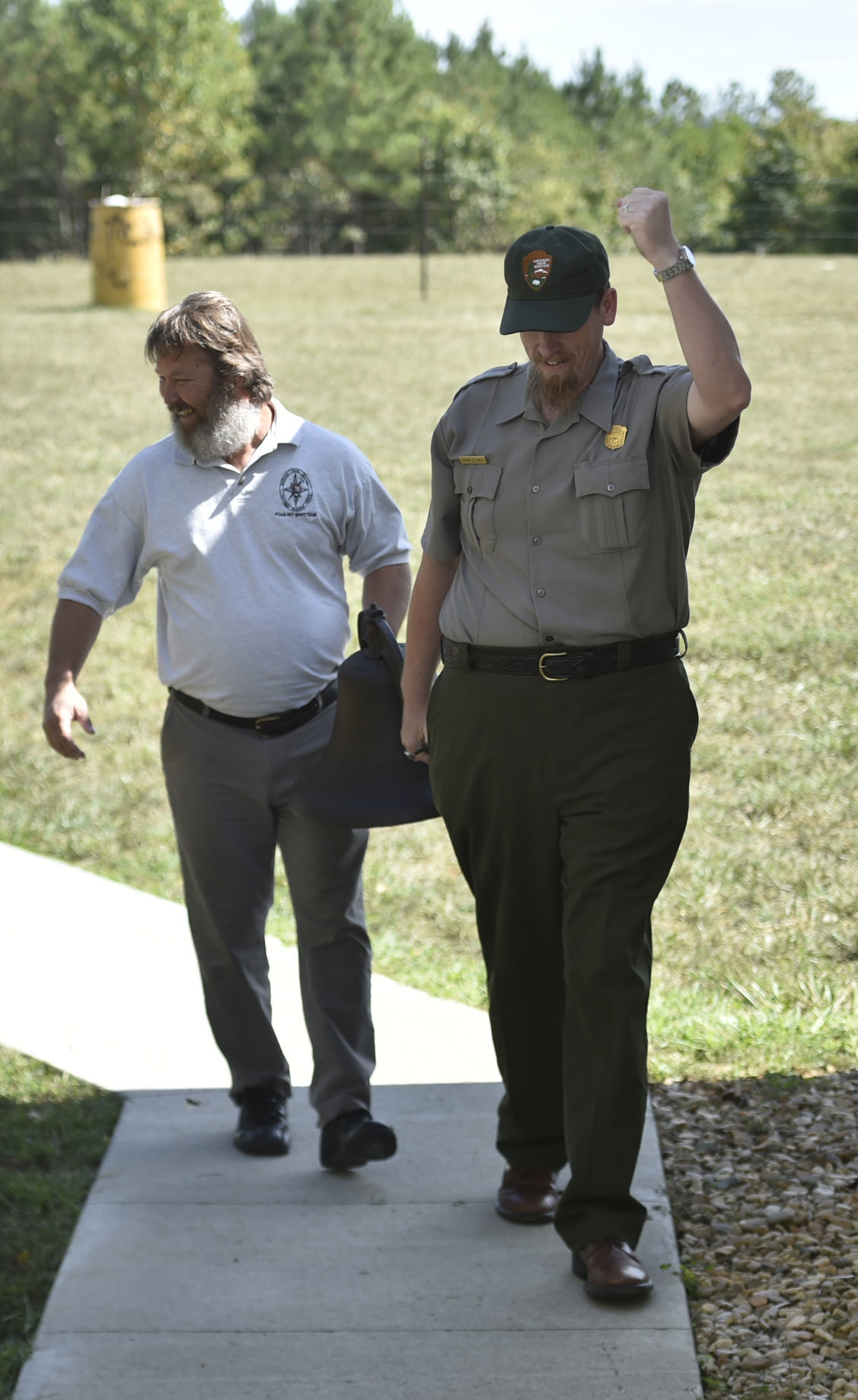 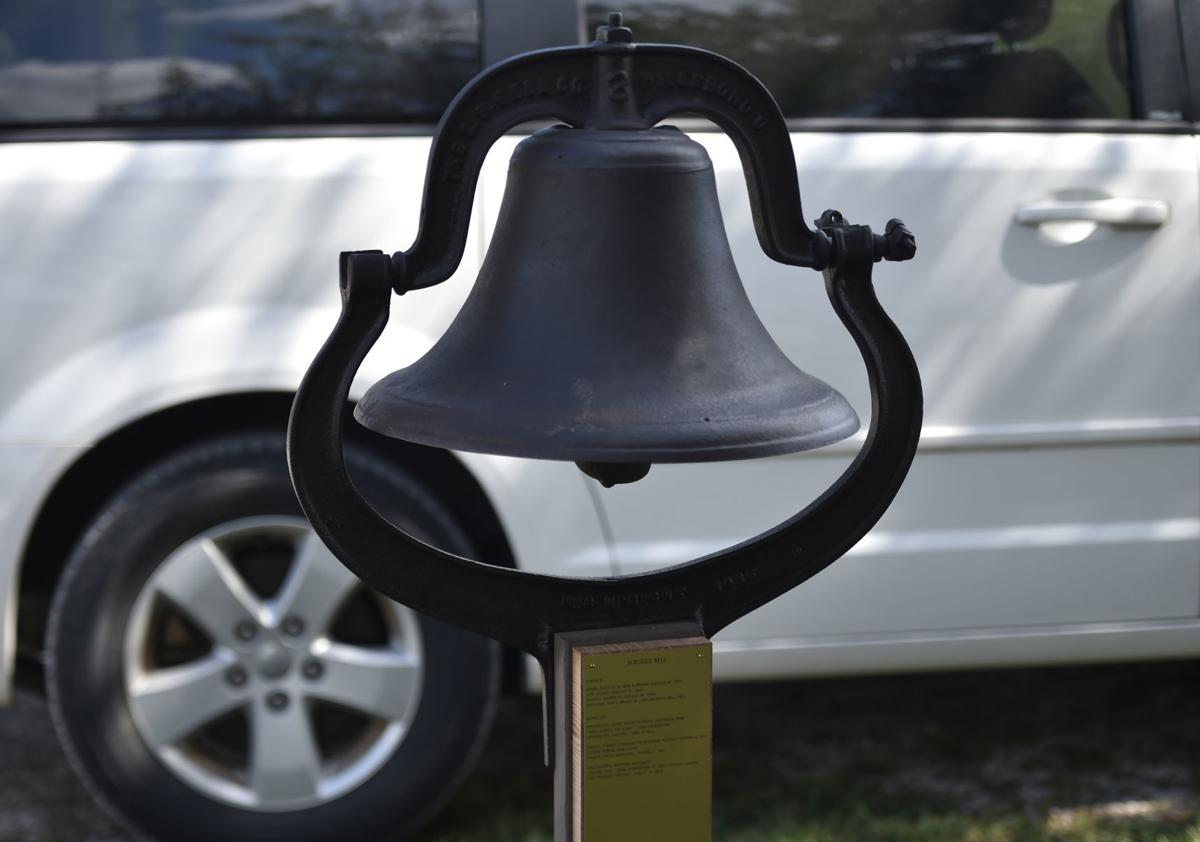 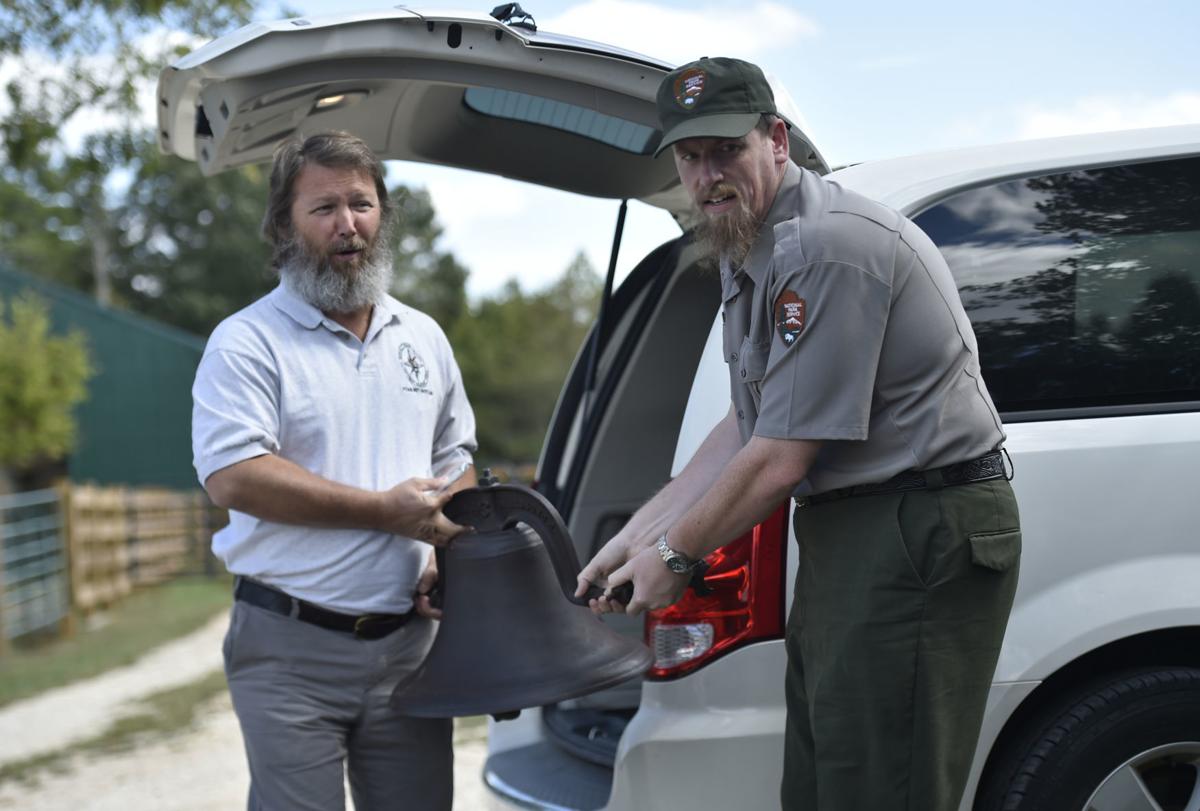 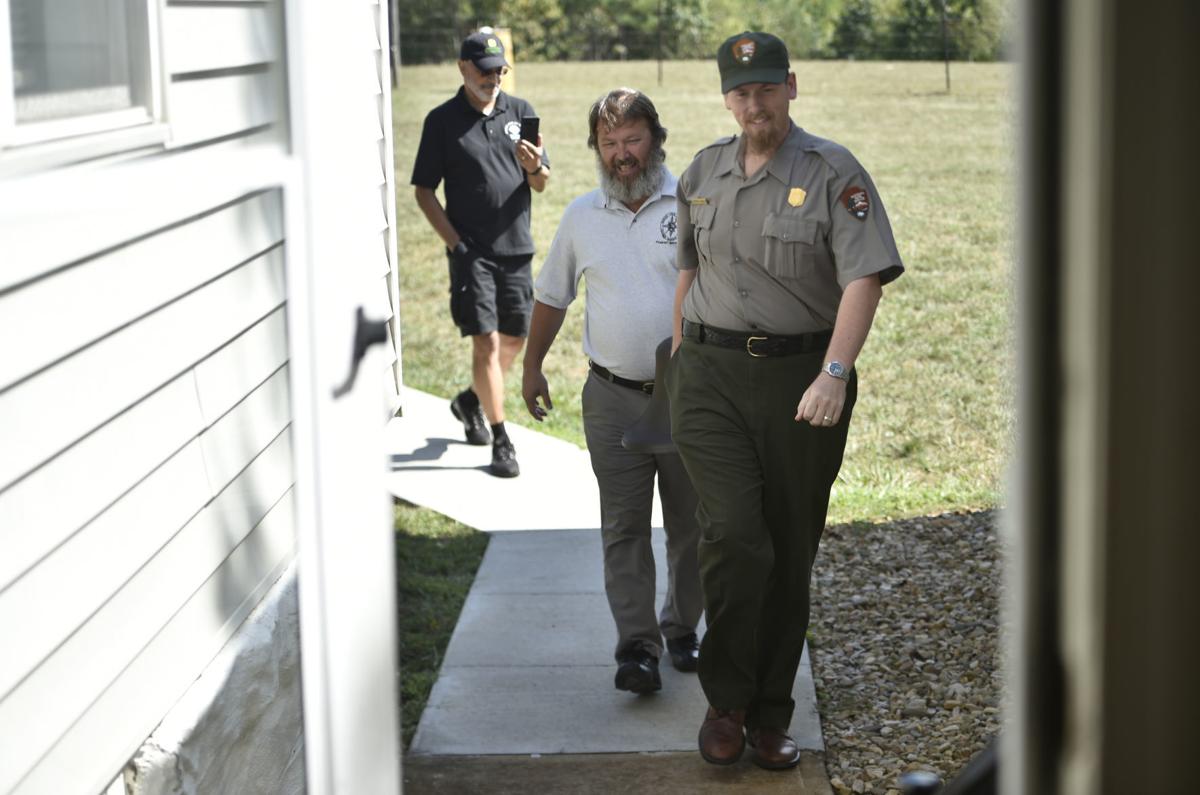 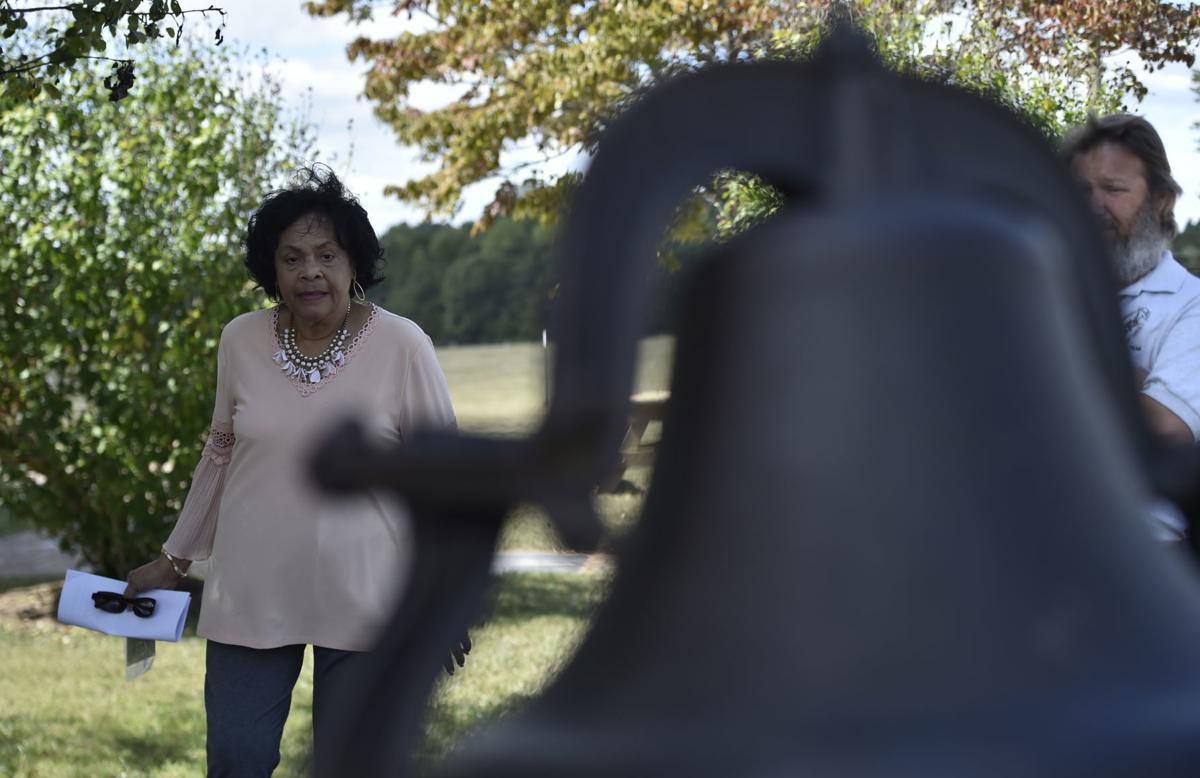 Ora McCoy looks at the bell at the McCoy family home in Appomattox on Sept. 19, 2019. 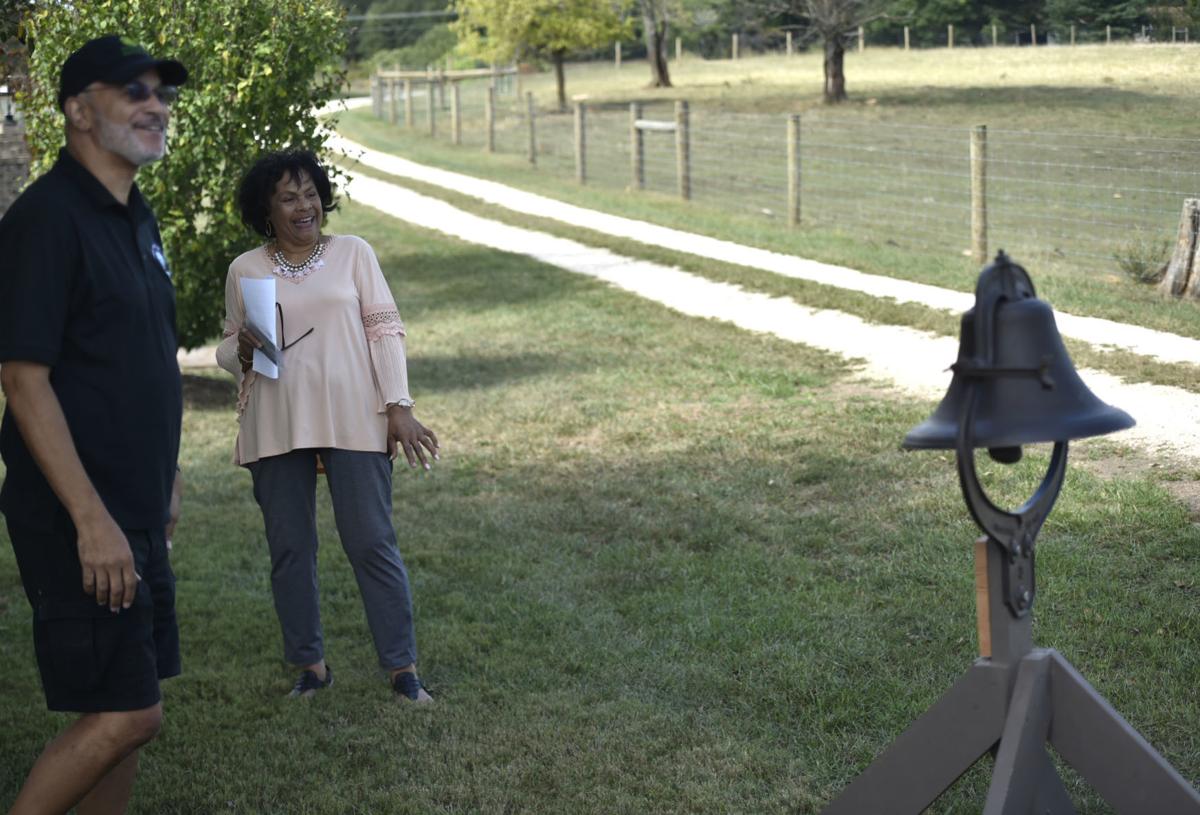 R. Stuart Jones, left, and Ora McCoy look at the bell at the McCoy family home in Appomattox on Sept. 19, 2019.

Ora McCoy talks about the history of her family's bell in Appomattox on Sept. 19, 2019.

Ora McCoy looks at the bell at the McCoy family home in Appomattox on Sept. 19, 2019.

R. Stuart Jones, left, and Ora McCoy look at the bell at the McCoy family home in Appomattox on Sept. 19, 2019.

APPOMATTOX — After almost 50 years spent in the basement of Ora McCoy’s Appomattox home, a family bell passed down through five generations has found a new life ringing in history along the East Coast.

Originally unearthed for the commemoration of the 150th anniversary of General Robert E. Lee’s surrender at Appomattox Court House in 2015, the bell found its way to other park ceremonies — including the 2017 opening of the Harriet Tubman Underground Railroad Visitor Center in Maryland and the 400th anniversary of the first generation of Africans to arrive on Virginia’s shores this past summer.

McCoy’s great-grandparents, Daniel and Phoebe Scruggs, once lived as slaves on the Scruggs family farm in Appomattox. They have owned the bell since the Civil War, passing it from hand to hand until it found its way to McCoy.

A bell that began its journey in a time of slavery now is used as a symbol of power — commemorating stories that have long been left untold.

In September, after its stint at the Fort Monroe National Monument, the bell came home.

McCoy and nephew R. Stuart Jones were there to receive the bell on the front lawn of the family home. Much of the house retains its original furniture, and Ora can point to the room where she was born.

That house was the first place she can remember seeing the bell, on the same land as the original Scruggs family farm, propped in its stand behind the smokehouse. Both she and Jones, a generation apart, have memories of playing with the bell as children.

The approximately 50-pound iron bell has been dated back to 1866. And though its origin is unknown, it’s been with her family for more than 150 years.

In 1972, when McCoy had her own home built a few miles away, her father carried it over to the house and put it in the basement for safekeeping. He had wanted her to hang it in the yard, McCoy remembers.

“I had forgotten all about the bell,” McCoy said. Decades later, as the Appomattox Court House National Historical Park began to organize the sesquicentennial celebration in 2015, they began a search for an official bell for the commemoration ceremony. At a loss, they turned to the public. Only then did it strike her.

Jones and McCoy were involved with the sesquicentennial through their work with the Carver-Price Legacy Museum, a nonprofit seeking to tell the history of black Americans from their perspective.

“The idea was to have a black presence in that event,” Jones said. “When we got to the bell part, it was just perfect.”

In unison, thousands of bells, big and small, rang across the country on the 2015 anniversary of surrender.

Appomattox Court House NHP Superintendent Robin Snyder said that McCoy’s bell was a big part of what made it special.

“Bells rang [at] all these different towns, counties and national park service sites across the states ... and it was Mrs. McCoy’s bell that began the ringing here at Appomattox courthouse,” said Snyder. “Since then the notion of ringing the bell to commemorate these anniversaries seems to have taken hold, and so we’re seeing this bell, and now it’s gone to two additional sites.”

Most recently, the bell was rung at the “healing ceremony” at Fort Monroe. McCoy said the program was unreal, remembering paper butterflies falling from the sky and an outpouring of emotion in recognition of 400 years since the beginning of American slavery.

Jones said the bell represents a story that is hard for many people to tell.

The bell is the way they are able to not just tell a story within their own family, but to share it with everyone.

Jones stressed that the bell was put into existence before slavery was over, and recognized that Phoebe — the first of their family to own the bell — not only lived to be a free woman but to have a house and autonomy.

Even 155 years after the Civil War, it’s still too close for some people, Snyder said.

McCoy is familiar with what her family has had to face. Appointed postmaster of Appomattox in 1975, she was the first woman and first black postmaster in Appomattox County history. As one of Virginia’s first black, female postmasters there were challenges, she said, and she fought against them.

Jones remembers being sent to the family home as a child every summer. He would work on the farm and listen to the stories his grandpa would tell the grandkids about what they had overcome.

Jones and McCoy’s service as co-chairs of the Carver-Price Legacy Museum Sesquicentennial Committee led to the creation of the “Footsteps to Freedom” program with the National Historical Park that honored Hannah Reynolds, an enslaved woman who died from her wounds on April 8, 1865.

Snyder credits their telling of Hannah Reynolds’ story for leading to the beginning of the park’s engagement with stories of slavery and of African Americans on a deeper level.

“That led to the park really engaging in a deeper conversation and interest about telling these untold stories,” Snyder said. “I would say with the ringing of the bell and the telling of Hannah’s story, it’s been like a rock in a pond with its ripple effects,” Snyder said.

The bell returned to the family land on a September afternoon.

Park Ranger Aaron Firth and Facility Manager Richard Cox from Fort Monroe unloaded the bell from the van and set it up on the lawn in the shade of the family house — which, like the bell, McCoy promises will be in the family forever. On the bell stand, Fort Monroe had gifted the family with a new plaque.

The inscription recounts the four generations of owners of the bell and each ceremony where it has been rung.

Together, Jones and McCoy stooped to read the inscription. Seeing it, McCoy began to cry.

Below the inscription of “Fort Monroe, Virginia — August 25, 2019” are several inches of space — room for many more ceremonies to come.