March 24, 2020 At the age of 84, Jackie Griffith, beloved wife of Dude Griffith for 67 years, went to be with the Lord from her Christiansburg home on Tuesday, March 24, 2020. She and Dude worked together in their businesses through the years. Most currently, they worked together in their restaurant, Dude's Drive In. A member of Laurel Hill Church of Christ, Jackie loved the Lord and her church family. During her younger years, Jackie enjoyed teaching ladies' Bible studies. She was an accomplished folk artist and enjoyed painting scenes of the town of Christiansburg and many other types of art techniques from all over the world. She loved and was loved by many. Left to cherish her memory, in addition to her husband, are her son, Blake Griffith and his wife, Karen; her daughter, Cheryl Quesenberry and her husband, Arnold; grandaughters, Kristie Jearls and husband, Mitch, Lee-Ellen Cox, Ashlyn Clark, and Dr. Taylor Griffith; grandson, Gray Griffith and wife, Brooke; and eight great-grandchildren, Chandler Jearls and fiance, Emilie Hammed, Connor Jearls, Bryce Cox, Kade Akers, Kenadee, Kendrick, Kayson, and Kohen Clark. She was preceded in death by her father, Joseph Gray; mother, Virginia Johnson; and beloved dogs, SoFee, Jewel, and Bart. In accordance with her wishes, there will be a private graveside service. In lieu of flowers, the family requests that you donate to the Christiansburg Rescue Squad. Arrangements with Horne Funeral Home. 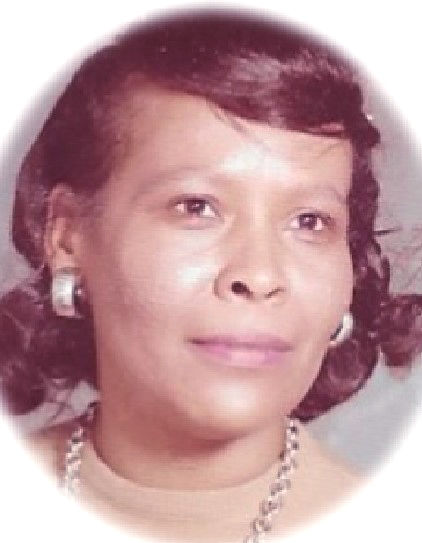 January 5, 1931 March 21, 2020 On Saturday, March 21, 2020, Mary Thelma Dawson Miller passed at Guggenheimer Health and Rehab in Lynchburg, Va. She was born to the late Claudester Dawson Buford and John William Garrett on January 5, 1931. She was preceded in death by her beloved husband, Everrett V. Miller; sister, Bobbie D. Ricks; nephew, William G. Ricks and brother Harry G. Dawson. She also was preceded in death by her aunt, Betty D. Faulkner and her daughter, Claudia Sullivan. Mary joined Washington Street Baptist Church at a young age, where she taught Sunday School for a number of years. She served on the Senior Usher Board, a member of the Ladies Aid Society and a member of the Willing Workers Club. Mary graduated from Bedford Training School and Virginia State College, both with honors. At Virginia State she was a member of the Pawley Debating Society the Alpha Kappa Alpha Sorority and the Interfraternity Council. She further studied at the University of Virginia and Indiana University. She taught school in Gary, Indiana, Washington, D.C. and Bedford, Virginia. Mary worked 10 summers for the Montgomery County, Maryland Department of Recreation as an Instructor. After teaching for 38 years in the public school system, she retired from the Bedford County School System. Mary leaves to mourn her loss a daughter, Claudester E. "Wendy" Miller; granddaughter, Meredith B. Bell; niece, Renee' Dawson; sister-in-law, Beatrice Dawson (wife of the late Harry Dawson); foster daughter, Mary Baker and Debra Clark, the other half of the "Porch Ladies." She will be missed by all of the children she taught and a host of other friends and family. A graveside service will be held at 1 p.m. on Saturday, March 28, 2020, at Fairmont Cemetery, 1099 E. Main St. Bedford, Va. Arrangements by Bedford Funeral Home. 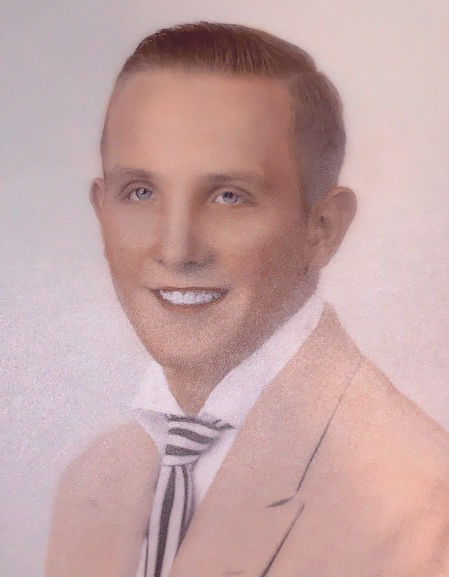 February 26, 1936 March 19, 2020 Theodore "Ted" John Griesenbrock Jr., 84, of Pinnacle, N.C., passed away peacefully on Thursday, March 19, 2020, at Forsyth Medical Center in Winston-Salem. Ted was born on February 26, 1936, in Columbus, Ohio, to Theodore John Griesenbrock Sr. and Gertrude Fleige Griesenbrock. He attended Aquinas High School, Ohio State University, and served in the United States Army 1956-1958 in Germany where he said his job was to "watch the Russians watch us". Ted had a lifelong career in sales for McMillan Publishing, Schlitz, Salem Home Decorating with his wife Judy, and then Lowes Home Improvement. During his retirement years he lived with his daughter, Linda on a horse farm in Pinnacle where he could see Pilot Mountain. He enjoyed traveling the world, playing euchre at the King Senior Center, where he was known as "Sharkey", reading military history and biographies, and being a staunch Republican. He was a member of nearby Holy Angels Roman Catholic Church where he met Nancy Quinn, a friend who accompanied him on many adventures. Preceding him in death are his wife, Judy, the love of his life; and his brothers, John and Robert Griesenbrock. Left to mourn his passing are his children, Linda Welborn (David) Pinnacle, N.C., Cindy Griesenbrock (Jeff Byard), Pine Grove, W.Va., T.J. Griesenbrock (Heather), Ann Arbor, Mich., and John Griesenbrock, Blacksburg, Va.; eight grandchildren; and five great-grandchildren. Also surviving are his sister, Charlene Mercer (Jim) and brother, Joe Griesenbrock. A celebration of Ted's life will be held at a later date. Memorials may be made to the charity of your choice. 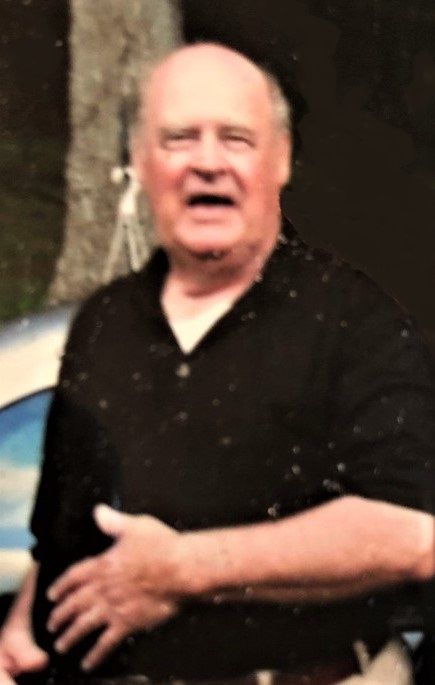 April 26, 1937 March 24, 2020 Raymond Louis Hostutler, 82, of Roanoke, Va., passed away on Tuesday, March 24, 2020. He was a loving son, husband, father and grandfather. Raymond was born at home in Zanesville, Ohio on April 26, 1937. He worked as an autobody repair man for over 40 years. Raymond was a "Jack of All Trades," keeping his household up and his vehicles on the road. He was preceded in death by his wife, Gretna Snyder Hensley Hostutler; his mother, Clarice Tyo; father, Louis Hostutler; stepfather, John Tyo; brothers, Willie Tyo, Butch Tyo, Dick Tyo, Johnny Hostutler, Roger Tyo and Randy "Scooter" Savage. Raymond is survived by his sons, Rick Hostutler and wife, Cindy, Michael Hostutler and wife, Robin, and Steven Hostutler and wife, Cindy; his daughter, Donna Whittle; his sisters, Patricia Ann Bromley and Samantha Tyo; and numerous grandchildren and great-grandchildren. A Graveside Service will be conducted at 1 p.m. on Friday, March 27, 2020, at Cedar Lawn Memorial Park. In lieu of flowers, contributions may be made in his memory to the American Cancer Society. Online condolences may be expressed at www.oakeys.com.

April 8, 1934 March 25, 2020 T.J. Hoskins, 85, of Salem, and formerly of Goodview, Va., born on April 8, 1934, passed away peacefully on Wednesday, March 25, 2020, at Lewis Gale Hospital. He is survived by his wife, Barbara, of 51 years; two daughters, Janet Hoskins and Gwen (Jodie) Terry; and cherished grandchildren, Hannah, Elena, Myah, and Isaiah Terry, all of Salem. Also survived by sisters, Marie (Everett) Hubbard, Patsy Muse, and Judy Saine; and many nieces and nephews. He served in the United States Army and was a proud veteran. He was employed by Carter Machinery for 38 years as a diesel mechanic. In lieu of flowers, please donate to the American Parkinson Disease Association. A 10 person at a time visitation will be held at Lotz Funeral Home in Salem from 10 a.m. until 12 p.m. on Friday, March 27, 2020. A private family graveside service will be held later. 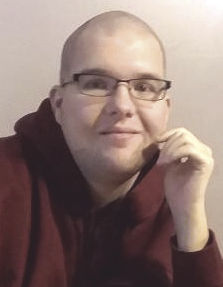 March 16, 2020 NEW CASTLE, Va. Troy passed away unexpectedly on Monday, March 16, 2020. Troy was the son of Donna Belcher Fleshman and of the late Douglas Gale Belcher. Siblings, Travis (wife, Jessica) Belcher and Trista (husband, Brian) Mitchell; extended family consisting of grandparents, aunts, uncles, cousins, nieces, nephews and friends who loved him dearly. Troy also had a special person in his life that he loved very much, Tu-Tu. Troy loved his family and he loved being in the outdoors. Troy enjoyed hunting, fishing, hiking, and spending time with his friends. Funeral/memorial arrangements will be announced at a later date. In lieu of flowers, donations can be made to help the family with funeral expenses. Send love to the following address, Belcher Family, 373 Richardson Drive, Roanoke, VA 24019.

March 24, 2020 Jerry Lee Bratton, 67, of Salem, Va., passed away on Tuesday, March 24, 2020. He served as the store manager at Winn-Dixie before opening Cave Spring Car Wash in 1986 with his brother, Kenneth. Jerry loved spending time with his wife, children, and nine grandchildren. Left to cherish Jerry's memory are his wife of 42 years, Carin; children, Chris and wife, Lauren, Drew and wife, Ashton, and Melissa Hodge and husband, Tommy; brother, Kenneth Bratton and wife, Cathy; sister, Carol Bratton; grandchildren, Paisley, Carter, Kyle, Macy, Peyton, Levi, Chase, Nathan, and Alaina; and many nieces and nephews. Jerry was preceded in death by his parents, Wallace and Helen Bratton. A private graveside service will be held at Sherwood Memorial Park with Pastor Leonard Southern officiating. A public service of remembrance will be announced at a later date. Online condolences may be expressed at www.oakeys.com.

May 29, 1978 March 20, 2020 In loving memory of Lisa Marie Johnson, 41, of Roanoke, Va., mother, daughter, sister and friend, who passed away on Friday, March 20, 2020. She is survived by her three boys, Caleb Pero, Connor Pero and Collin Pero; her father, Patrick B. Johnson; stepmother, Shae Angel-Johnson; brother, Steven R. Johnson; sister-in-law, Amy Spangler Johnson; mother, Kathleen Paananen; aunts, Lyndall Hoback, Tina Johnson and Jenny Hosaka; nieces, Broole Cuddy, Kaylin Young, and Laika Johnson; nephew, Chase Cuddy; cousins, Michelle Hubble, William Quirk and Vanessa Hosaka Granger; stepsisters, Emily Rich and Ava Rich; and extended family, Lori Mazi and Jesse Pero. Lisa was beautiful, kind, loving and strong. She will always be in our hearts and will be greatly missed by everyone who had the privilege to know and love her. A remembrance celebration will be held at a future date. Online condolences may be shared at www.oakeys.com. 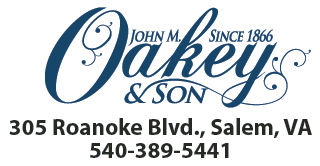 September 25, 1972 March 19, 2020 Loyd Thomas Humphrey II, 47, of Salem, went to be with the Lord, on Thursday, March 19, 2020. If you looked in the dictionary for the word "Workaholic", Loyd's picture would be right there. He was a dedicated employee of Pepsi Company for over 18 years. Sports were a big part of his life, you would always find him rooting for the Dallas Cowboys, and the UNC basketball team. The biggest love in his life, however, were his pets. He loved his cats and dogs, more than anything on this earth. Life will not be the same without him here, however, the family takes comfort in knowing that he is with the Lord and at peace. He will be deeply missed by all who knew him. Left to cherish his memory are his parents, Tom and Dixie Humphrey; sister, Kim Crotts; nephew, Matthew Crotts; as well as countless dear friends and family members. Loyd will be honored in a private family graveside service on Thursday, March 26, 2020, with entombment to follow at Sherwood Memorial Park. The Rev. Eric Evans will officiate. In lieu of attendance friends and family are encouraged to send flowers or leave condolences on the funeral home's website at, www. johnmoakey.com.

March 24, 2020 Betty Rose Stamper Sutherland, age 84, of Abingdon, Virginia, died on Tuesday, March 24, 2020, in the Abingdon Health and Rehab Center in Abingdon, Virginia. Private graveside will be conducted on Thursday, March 26, 2020, at 2 p.m. at the Rock Creek Cemetery in Independence, Virginia by the Rev. Jerry Bell. There will be no visitation. Reins-Sturdivant Funeral Home in Independence, Virginia is serving the Sutherland family.