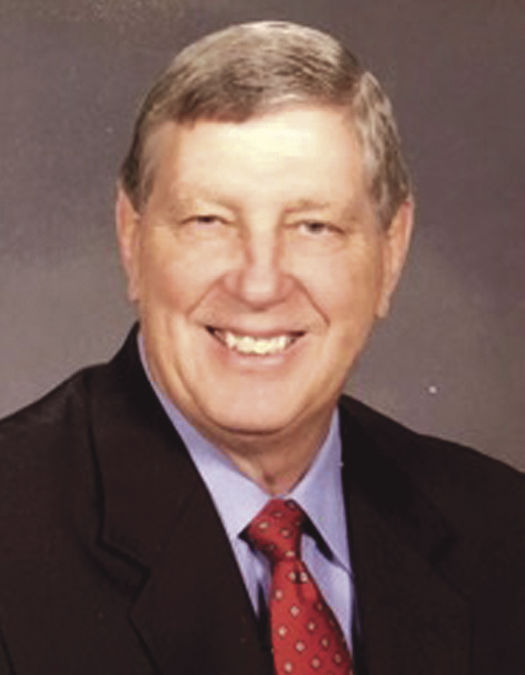 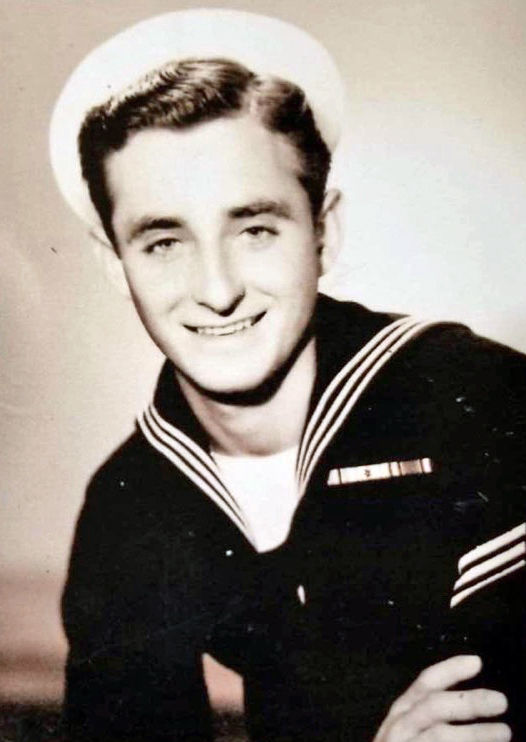 May 19, 1927 February 8, 2020 RICH CREEK, Va. Emory Lee Meredith, age 92, passed away on Saturday, February 8, 2020, at Lewis Gale Montgomery Hospital in Blacksburg, Va. Born on May 19, 1927, in Bluefield, W.Va., he was the son of the late Joseph and Irene Mattox Meredith. Emory was a World War II and Korean War U.S. Navy Veteran. While in the Navy, he was a member of the Naval Seabees and served on the USS Montrose and USS Jason. After his time in the military, Emory worked at Celanese for 45 years until his retirement. He was a dedicated member of the First Church of God in Rich Creek, Va. He was a lifetime member of the VFW. He served as a volunteer at the Celco Credit Union and loved his family, photography, hunting, and fishing. In addition to his parents, he was preceded in death by his wife, Wilda Marie Lilly Meredith; his brother, Clarence Meredith; his sister, Ellen Meredith Harry; and infant sister, JoAnn Meredith. Survivors include one sister, Patricia Crotty of Narrows, Va.; special nieces and nephews, Sharon McDaniel of Ballard, W.Va., Cassie Bradley of Greenville, W.Va., Rick Crotty of Narrows, Va., and Drannon Adkins of Charleston, W.Va.; special friend, Mary Ruth Scott of Bluefield, Va.; and several nieces and nephews. Funeral services will be held at 2 p.m. on Wednesday, February 12, 2020, at the Broyles-Shrewsbury Funeral Home Chapel in Peterstown, W.Va., with Pastor Faye Asbury officiating. Burial will follow at Sunrise Memorial Gardens in Rich Creek, Va. Visitation will be from 1 p.m. until time of services on Wednesday at the funeral home. Online guestbook can be signed or condolences may be sent to the family at www.broyles-shrewsbury.com. Arrangements by Broyles-Shrewsbury Funeral Home, Peterstown, W.Va. 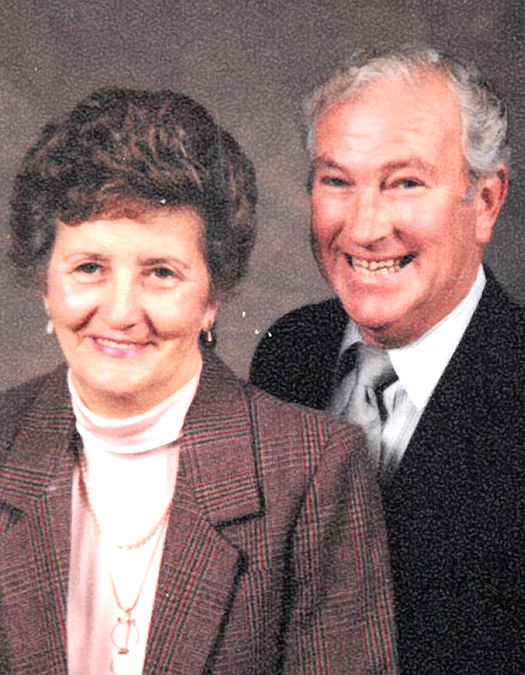 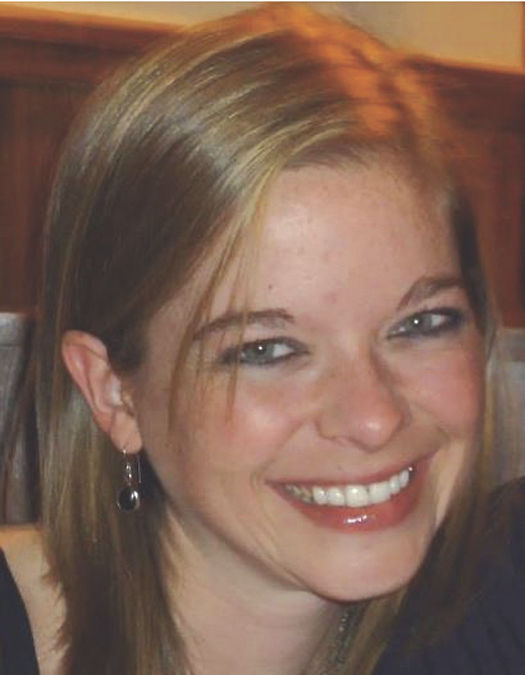 June 8, 1987 February 3, 2020 Emily Scot Cole Kelliher, born on June 8, 1987, passed away on Monday, February 3, 2020, at her home in Little Elm, Texas. Emily was preceded in death by her grandparents, Dan and Evelyn Cole and Homer and Nell Chryssikos. She is survived by her husband, Robert "Bob" Daniel Kelliher; their beloved dog, Coco; Bob's parents, Dennis and Denise Kelliher of Vermont; her parents, Scot and Lee Cole; sister, Alison, all from Salem; Bob's brother, Jim (Amy) and their children; and many uncles, aunts, cousins and friends. Emily grew up in Salem, Virginia, where she was a proud graduate of Salem High School and a very active student athlete. She attended Lynchburg University. Emily worked in the restaurant industry where she met Bob, the love of her life. They lived in the Roanoke area many years before moving to the Dallas, Texas, area in 2015. Emily was a kind and loving person who touched many lives. She was loved by all and will be dearly missed. Family and friends may visit at Salem Presbyterian Church on Friday, February 14, 2020, from 5 until 7 p.m. in Gresham Hall. A memorial service celebrating Emily's life will be held at Salem Presbyterian Church on Saturday, February 15, 2020, at 1 p.m. Private interment will follow the service in the church's columbarium. In lieu of flowers, the family requests that contributions be made to the National Eating Disorders Association at https://www.nationaleatingdisorders.org/ in memory of Emily. 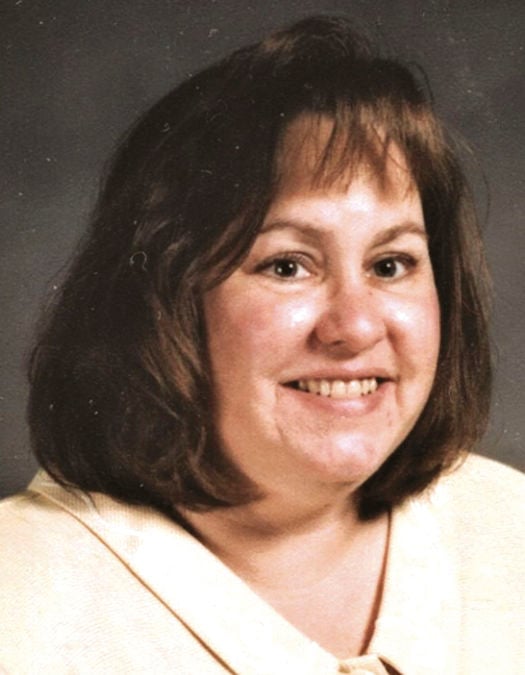 April 6, 1959 February 5, 2020 Julie Elizabeth Scherrep, 60, of Roanoke, Va., passed away on Wednesday, February 5, 2020, at Carilion Roanoke Memorial Hospital surrounded by family and close friends. She was born on April 6, 1959, in Norfolk, Va., to the late Franklin and Elizabeth Scherrep. In addition to her parents, Julie was preceded in death by two of her brothers, Stephen and Michael Scherrep. Her huge heart and kind, loving soul were very apparent to all her friends, family and every life she touched. Julie had a very fun and energetic personality and loved disco as well as playing board games with her family and friends. She was a born role model and mentor; whose patience was unparalleled. In addition, Julie was a resilient and independent woman which she attributed to growing up with three brothers. These traits suited her well, not only in life, but in her career passion, teaching. Julie graduated from Radford University and devoted her life to primary education, frequently going above and beyond her duties as a teacher to reach all of her students. Her teaching career spanned 34 years and included public and private schools in Covington, Va., Lewisburg, W.Va., Dayton, Ohio, and finally ending her career in her hometown, Roanoke, Va. She adopted two four-legged children, Kylie and Abbie. They always remained very special and dear to her heart. Julie acted not only as an aunt but a supportive motherly figure to her many nieces and nephews. Helping as a caregiver to her elderly parents up until their passing demonstrated her loyal, loving devotion to family. She cherished her friendships and had very special bonds with each and every one of them, especially her best friends, Carrie and Chris. Julie is survived by her brother, Samuel Scherrep; sisters-in-law, Laura and Roberta; niece, Brittany; nephews, David (Catelynd), Richard (Emily), Conner and Drake; and great-nieces, Emma Rose and Lauralie. A celebration of Julie's Life will be conducted at noon on Thursday, February 13, 2020, at Oakey's South Chapel with Msgr. Patrick D. Golden officiating. Interment will follow in St. Andrew's Diocesan Cemetery. The family will receive friends one hour prior to the service on Thursday at the funeral home. Online condolences may be shared at www.oakeys.com. 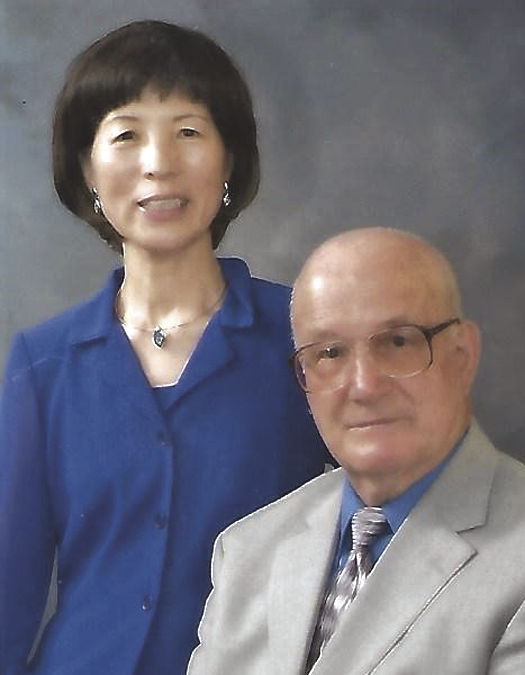 February 10, 2020 George Eugene Sloane, 85, of Roanoke, Va., passed peacefully on Monday, February 10, 2020. He served in the United States Navy for 22 years as Chief Petty Officer in Communications and as Operation Chief aboard the aircraft carrier, the USS Hancock. George also served during the Cuban Missile Crisis and the Vietnam War. He received numerous medals and awards including the Navy Achievement Medal for his Security Group military service. George was also employed by the VA Medical Center in Salem until he retired. Other achievements include winning an All State Championship in Pole Vaulting while a student at Andrew Lewis High School. Over the years, George volunteered his time to many organizations, coached Little League baseball and youth recreational soccer, coordinated a Navy Mixed Tennis team, assisted Angels of Assisi in helping stray and feral cats, and served as a Cubmaster in the Boy Scouts. George is survived by his loving wife of 54 years, Masako Sloane; devoted daughter, Irene Edelmann; son, Billy Sloane; grandchildren, Brett Graham (Destiny), Max Edelmann, Kristopher Edelmann, Isabella Mason and Coda; great-grandchildren, Jaxon, Maverick, Grayson, and Elijah Graham. He is also survived by his brother, David (Pat) Sloane; sister, Eleanor Griffin; cousin, Odell (Jeanette) Slone, and many beloved nieces and nephews. His family would like to also mention Bob Stauffer, a lifelong and devoted friend of George who served with him in the Navy. A special thanks to the staff of Heartland Hospice for their care and support of George and his family throughout his long illness at home, and to the many friends and family who provided caring and loving concern during this difficult time. Visitation will be held from 5 until 8 p.m. on Thursday, February 13, 2020, at Oakey's North Chapel in Roanoke. A memorial service will be conducted at Oakey's North Chapel on a day later to be determined. Online condolences may be expressed at www.oakeys.com.

February 3, 1930 February 9, 2020 Margaret "Peggy" Zuro, 90, of Roanoke, Va., passed away peacefully at home surrounded by family on Sunday, February 9, 2020. She was preceded in death by her loving husband of 66 years, Charles W. Zuro; son, Daniel Charles Zuro; her parents, Charles and Winifred Passe; brother, Charles Passe; and brother-in-law, Bob Whittaker. Surviving to cherish her memory are her daughters, Marie St.Clair (Sam) and Elaine Lane (Chris); sisters, Bobbie Whittaker and Louise Lentz (George); sister-in-law, Margaret Passe; grandchildren, Zachary Zuro (Hannah), Kimberly St.Clair, Keith St.Clair (Courtney) and Brittany and Annie Lane; several nieces, nephews and cousins; and special friends including Lynette and Billy Martin. Peggy was a perfect homemaker who cherished her children and grandchildren. A mass of Christian burial will be conducted at 10 a.m. on Wednesday, February 12, 2020, at Our Lady of Nazareth Catholic Church with the Rev. James O'Reilly officiating. Interment will follow at Blue Ridge Memorial Gardens. The family will receive friends from 6 until 9 p.m. on Tuesday, February 11, 2020, at Oakey's Vinton Chapel. Online condolences may be shared at www.oakeys.com. 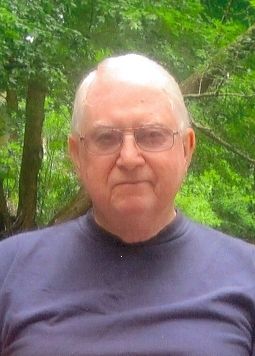 January 29, 1941 February 8, 2020 Jack R. Proffitt, 79, of New Castle, passed away Saturday, February 8, 2020. He was born in Bluefield, W.Va., a son of the late William and Edith Lewis Proffitt and had been an area resident most of his life. He proudly served in United States Coast Guard and retired as a Senior Auditor with the Virginia Dept. of Taxation following over 30 years of service. Jack enjoyed farming, the outdoors and nature, but mostly the time spent with his family, especially his grandchildren whom he adored. In addition to his parents, jack was preceded in death by his siblings, Margaret, Bill Jr. and Henry. He is survived by his loving wife of 52 years, Nancy Loope Proffitt; son, Ronald R. Proffitt and his wife, Kelly; three grandchildren, Abby Proffitt, Kara Proffitt and Brett Stone and wife, Amanda; sister-in-law, Lou Loope Ramsey; brothers-in-law, James H. Loope and wife, Lillian, William "Bill" Loope and wife, Margie and John D. Loope and wife, Judy. Jack is also survived by numerous nieces and nephews, and many friends and neighbors. The family would like to express their sincere thanks for the wonderful care given by the doctors, nurses and staff of Blue Ridge Cancer Care and Lewis Gale Medical Center. Funeral services will be held at 11 a.m. on Thursday, February 13, 2020, at the Chapel of John M. Oakey & Son Funeral Home, Salem. Pastors Sheldon Cosma and Cody Rader will officiate. Burial with Military Honors will follow at Cedar Lawn Burial Park. The family will receive friends from 6 to 8 p.m. on Wednesday, February 12, 2020, at the funeral home. An online guest book is available for family and friends by visiting www.johnmoakey.com. 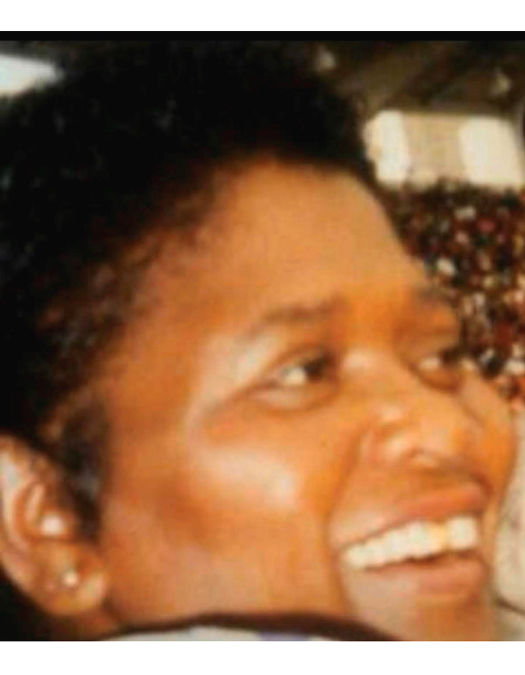