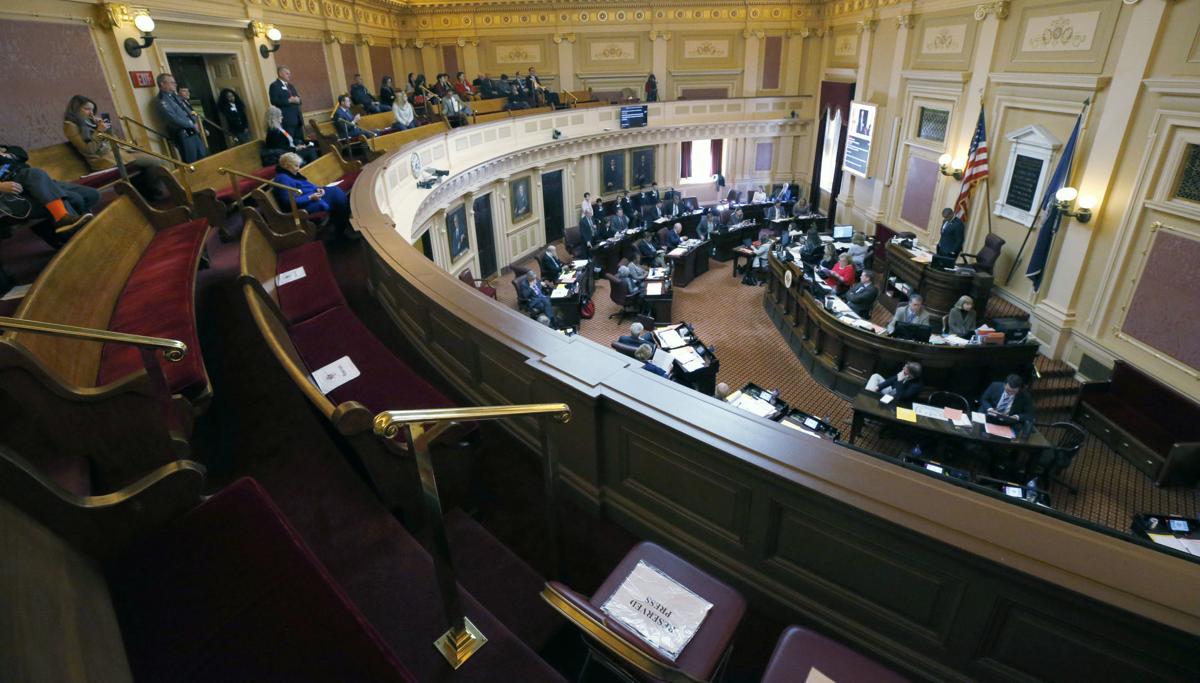 Though the gun control bill has been controversial, the Virginia Senate gallery was almost empty during floor debate of Senate Bill 240, the so-called “red flag” bill, in Richmond on Wednesday. 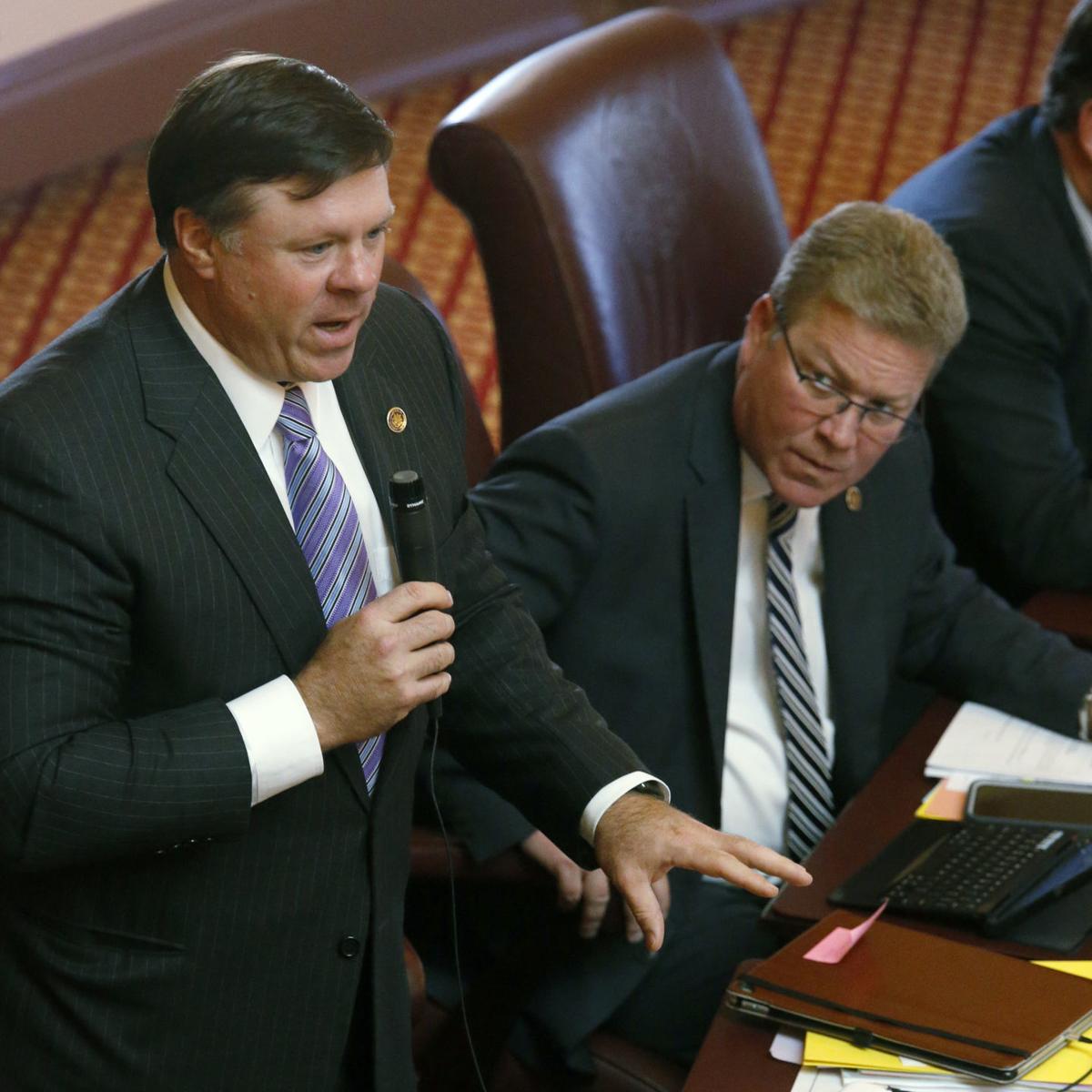 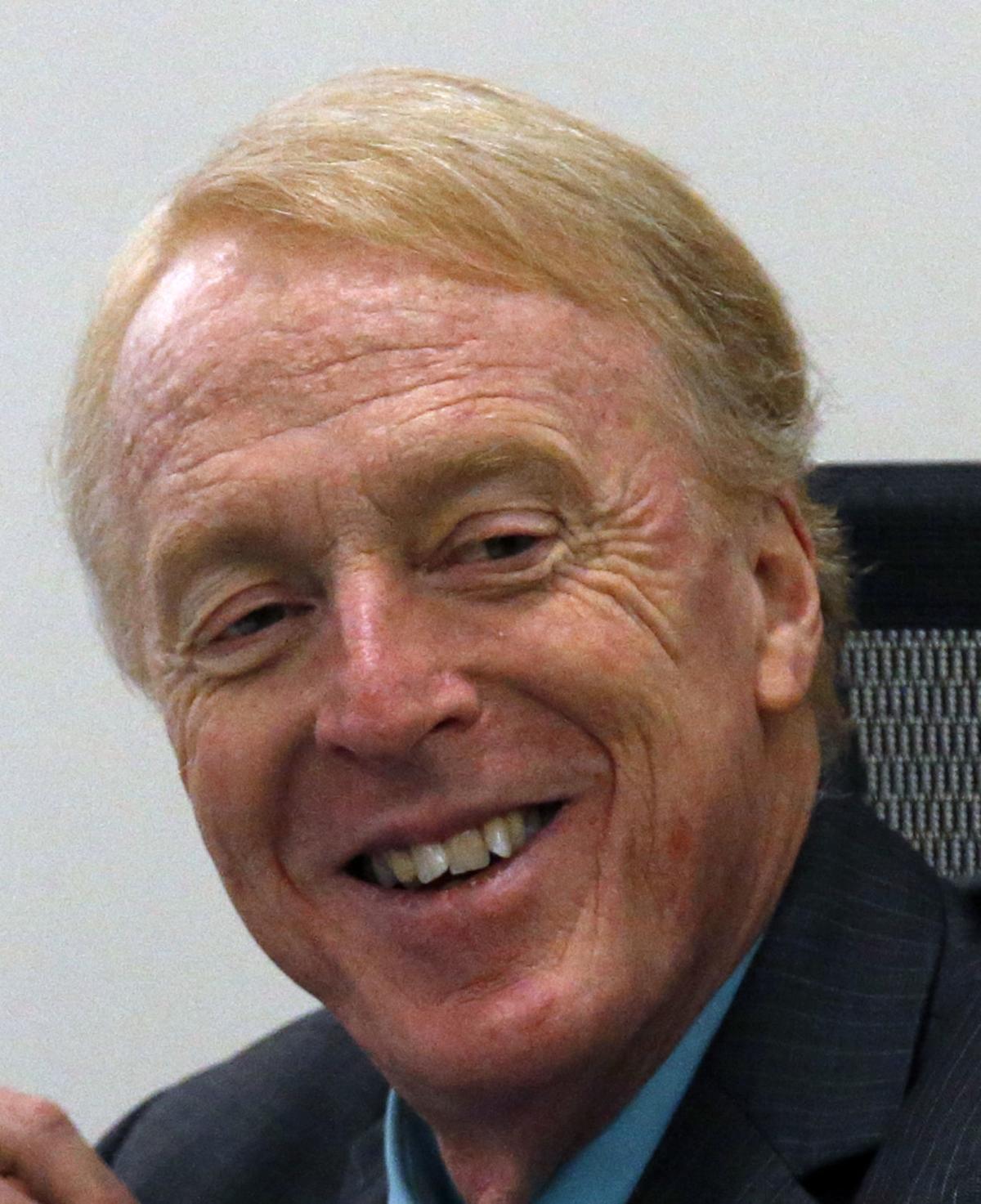 Though the gun control bill has been controversial, the Virginia Senate gallery was almost empty during floor debate of Senate Bill 240, the so-called “red flag” bill, in Richmond on Wednesday.

RICHMOND — The Virginia Senate passed a bill Wednesday that would allow courts to temporarily ban people from possessing firearms if there are clear signs that they pose a danger to themselves or others.

The so-called “red flag” bill passed the Senate 21-19, and while similar legislation in other states has had bipartisan support, no Republican senators voted for it.

The Senate now has passed four gun control bills, while the House of Delegates has yet to pass any. Because the House has not considered its version yet, it’s unclear what the final red flag bill will look like. The Northam administration wants the legislature to pass a red flag bill, but it’s unknown if the governor will sign whatever version is likely to land on his desk.

The red flag bill is one of the more substantial pieces of gun control legislation the General Assembly is taking up this session. The most challenging part for lawmakers is crafting it so that it doesn’t infringe on civil liberties.

“We are headed in a positive direction with this legislation that will protect lives and reduce gun deaths in Virginia,” said Sen. George Barker, D-Fairfax, who sponsored the original bill.

That’s what contributed to a weeklong delay in the Senate passing its red flag bill. Republicans as well as some Democrats wanted to strengthen the due process aspects of the bill, which led to a new version that has significant differences from the original bill. Barker thanked Republicans and Lt. Gov. Justin Fairfax, a Democrat, for their suggestions.

“We have built so much due process into this thing,” said Sen. Scott Surovell, D-Fairfax, the patron of the new version, who said he didn’t think there was much to be done to change the bill to get Republican support.

Seventeen states and the District of Columbia have versions of red flag laws, with most of them passing after the 2018 shooting at a Parkland, Florida, high school. Evidence showed that the suspect in the shooting showed signs he was likely to act out violently months before the shooting. Three weeks after the shooting, the state passed a red flag law.

Because most of the laws haven’t been on the books very long, there’s not an abundance of research on them. But the few studies done have shown they are particularly effective at reducing gun suicides.

“The process that we have set up is actually having very good results in other states,” Barker said.

Under the Senate bill, a commonwealth’s attorney or two law enforcement officers would petition a judge or magistrate if they “believe that a person poses a substantial risk of personal injury to himself or others in the near future” by means of a firearm.

If they determine probable cause exists, the judge or magistrate would issue an ex parte emergency substantial risk order prohibiting the person from possessing a firearm. Law enforcement would serve the order and advise the person to voluntarily relinquish firearms to law enforcement. Civil liberty and gun rights groups have raised concerns about ex parte (meaning, on behalf of) orders used in these cases because they don’t require the person the order is focused upon to be present or respond prior to losing the right to have firearms.

If law enforcement has reason to believe the order’s subject possesses firearms, a search warrant can be obtained for seizure because possession would now be a crime .

Sen. Ryan McDougle, R-Hanover, an attorney, said he took issue with a civil case evolving into a situation where a search warrant can be taken out by law enforcement to enter homes.

After the order is issued, the person would appear in court within 14 days, when the prosecutor would have to prove the person poses a substantial risk of personal injury or injury to others with a firearm.

If the prosecutor accomplishes that, a judge would issue a substantial risk order, which bans the person from possessing firearms. The order can last for up to 180 days, but a prosecutor or law enforcement officer can request at a court hearing for an extension.

Republican senators said the proposal will infringe on civil liberties and lead to police officers kicking down doors, as well as bloodshed.

“There is a real good propensity for good intentions to go in a bad direction,” said Sen. Bryce Reeves, R-Spotsylvania, a former police officer.

Sen. Bill Stanley, R-Franklin County, said he took issue with the lack of mental health assistance built into the legislation.

Later Wednesday, the Senate Judiciary Committee killed a batch of gun-related bills sponsored by Republicans, including one to allow the carrying of a concealed weapon without a permit and another repealing a law that makes it a misdemeanor to carry a weapon in a place of religious worship.

Senate Majority Leader Dick Saslaw, D-Fairfax, asked DeSteph if they raised a punishment from three years to five, did he think that would deter someone from committing a crime

“Are you kidding me?” Saslaw asked.

I can understand why the Republicans voted against it; nobody should keep unstable people from getting lethal weapons.

Yet they will do nothing to stop 8,000 people in Va. from injury and death by autos every year. Because they don't want to give up their privilege to speed along the highways in their cars, suvs and pick ups.

In fact, vehicle improvements, some of them mandated by the government, along with tougher DUI enforcement; laws to try to limit distractions, such as texting; and highway engineering improvements have in fact greatly reduced traffic deaths on recent decades. Claiming "they've" done nothing is wrong.

In fact we have more and more safety measures mandated every year, as well as vehicle manufacturers and road designers working for safer roads too. It is almost a constant effort. Your "whataboutism" is only relevant if you admit the truth of the effort going into auto safety and the fact that no autos are designed to be weapons.

If they are interested in saving lives and the planet, not to mention all the other mayhem autos and speed create, why are they not reducing speed, dramatically? Because they, like most, love their cars and getting anywhere fast, regardless of the extreme damage it causes. Hypocrites.

hocro -- trying to equate guns and automobiles as weapons of death is just stupid and you really should stop. Guns are designed to kill animals and other people; cars are designed to get us around from place A to place B. The fact that cars sometimes kill people is a side effect and not their purpose.

I think this is a long overdue law that will help families in crisis and law enforcement as well. Not much due process goes on in suicides or homicides either. Crisis is not conducive to long drawn out procedures, it has to be met with the best tools available to try and ensure safety until the crisis is past.